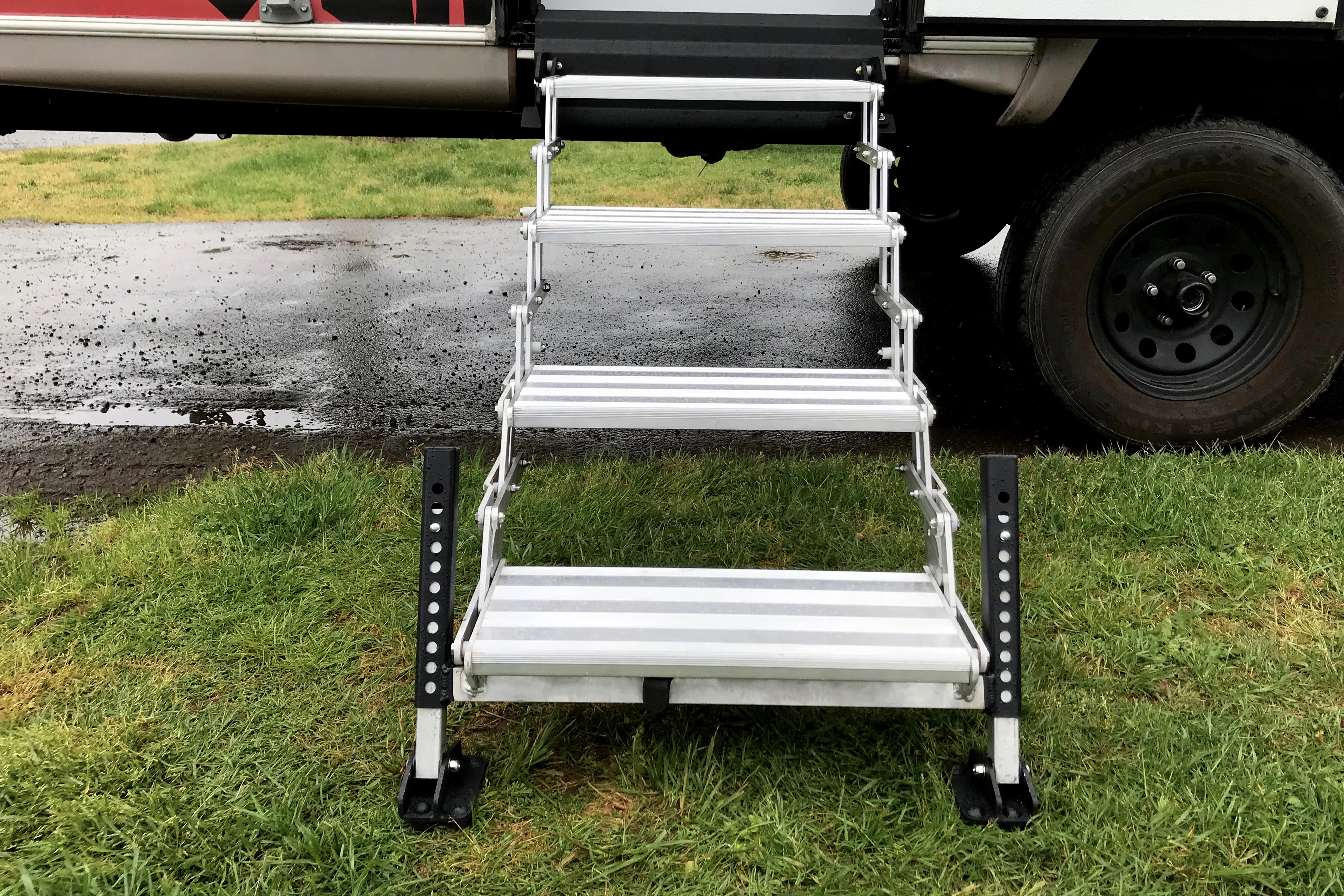 “We really had to put our engineering team to the test to complete the GlowStep Revolution Uprising. It’s specifically designed for RVs that do not have a conventional foldout RV step that is externally mounted in a step well below the doorway,” explained Torklift President Jack Kay. “While we will always have the original GlowStep Revolution, the Uprising edition is designed for folks who wanted to have all the advantages of our step, but could not because the RV frame was missing the step well. This model is also designed to work with side-entry truck campers. Our customers have been asking for this step for about a year and we had to work diligently to meet this deadline.”

“The PowerArmor Lithium came from the great demand for a way to store lithium batteries due to the cost,” Kay said. “The locking battery box holds two lithium batteries that are valued at nearly $3,000. That is not something any of us can afford to have stolen or damaged.”

“Joel is currently a large influence in the RV industry as a co-founder of a group of several thousand toy-hauler enthusiasts who meet up all over the Pacific Northwest at various sand dunes to play with side-by-sides, ATVs and quads known as the HillShot Hooligans,” Kay explained.

“Sponsoring Ron is really fun because he is a world champion and we offer the world champion SuperHitch Towing Series,” Kay said. “He is incredibly exceptional and it has been a great opportunity to work with him and watch him use our heavy-duty SuperHitch for weight training.”

Lance Camper just announced the release of its Live. Lance. Life. brand podcast. The audio is recorded, produced and hosted by Bob Rogers and Jim Waters of the Lance marketing team and is slated to [read more]

Yesterday, we installed a set of Torklift GlowSteps on the back of our Wolf Creek 850. The installation was pretty easy though there’s always a bit of apprehension anytime you drill holes in your camper. [read more]