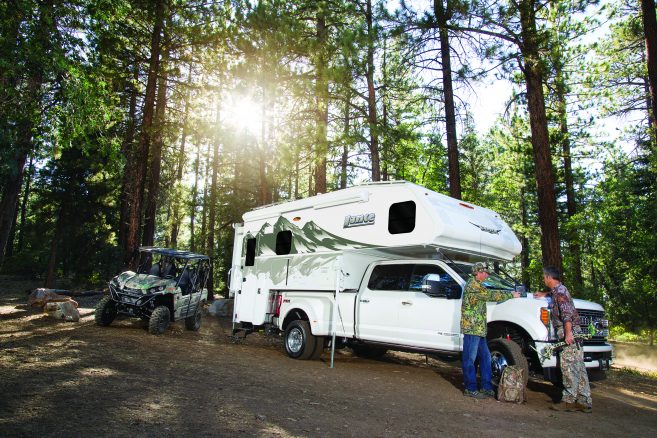 “Since I joined the Lance team I have had a goal to get us into the SEMA Show” states Bob Rogers, Director of Marketing. “One of our key marketing partners, Hellwig Products, promised to feature the rig in one of their display areas and with support of our President Jack Cole, Randy Hunter’s R&D team and Marketing Coordinator Jim Waters, we were able to build a rig (Lance 650 Truck Camper and Ford F150) worthy of display at this amazing event.”

Due to the overwhelmingly positive reaction the graphics received on the SEMA build, the decision was made to move them into regular production as an available option on the complete Lance Truck Camper line up.

The MSRP for this all-new exterior graphic is only $682. Visit lancecamper.com to learn more.

One of the great things about this website is the interaction I get with readers. One question asked of me several times during 2014 is why I bought a new truck just two years after [read more]