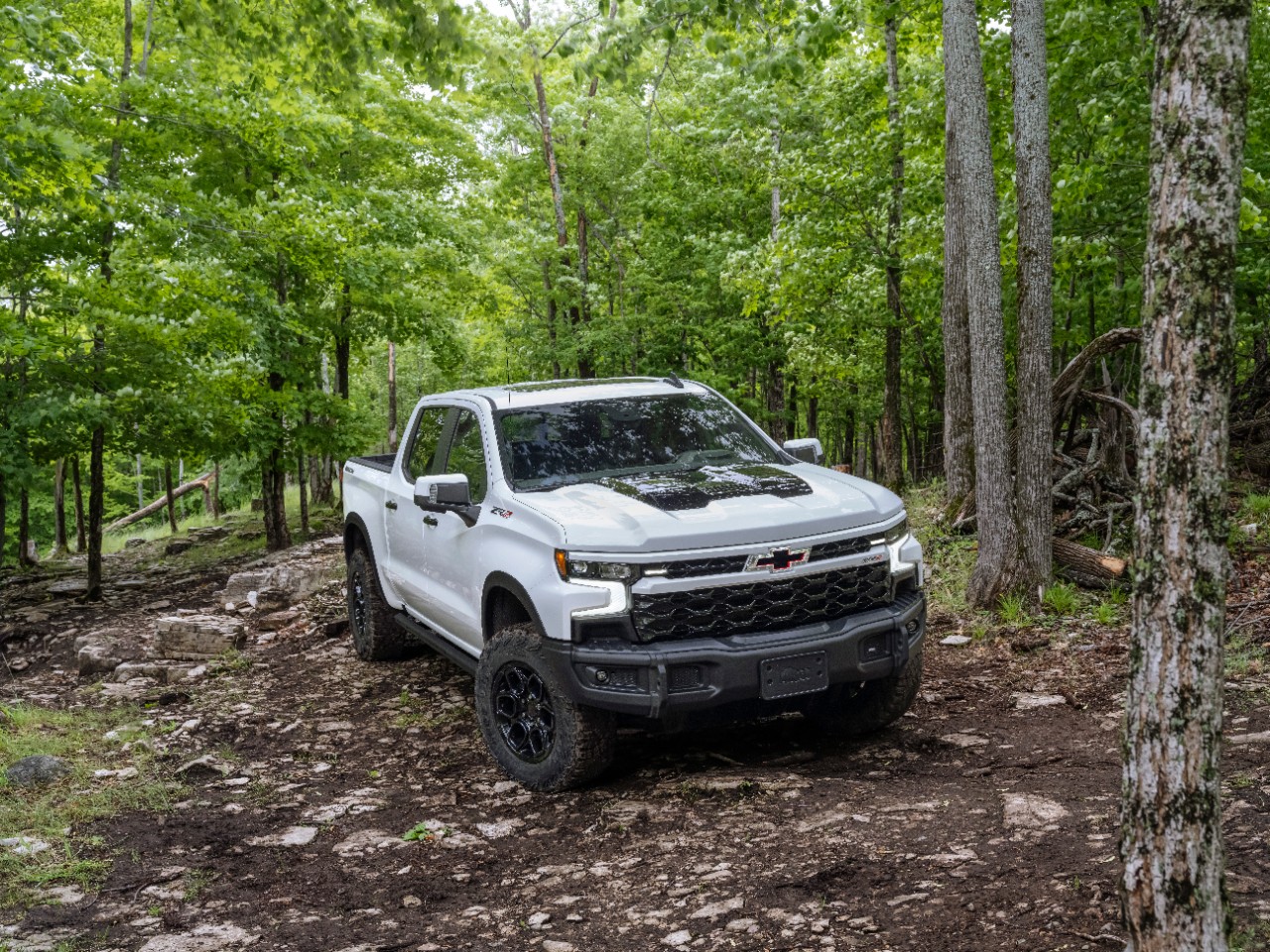 “Our most recent collaboration with AEV resulted in the much-acclaimed Colorado ZR2 Bison. We’re thrilled to team up again to bring customers Chevrolet’s next chapter of off-road dominance, this time on Silverado,” said Scott Bell, Chevrolet vice president. “The 2023 Silverado ZR2 Bison unlocks the pinnacle of the nameplate’s off-road capability.”

This truck reaches new levels of off-road confidence also in part due to the high-quality steel integrated in the AEV bumpers and underbody protection. The AEV-stamped steel front and rear bumpers are constructed of 3-millimeter-thick steel and are powder and e-coated. The press-hardened steel used for the underbody skid plates is three-and-a-half times stronger than an equivalent cold-stamped high-strength steel plate and provides incredible resistance to underbody damage.

The Silverado ZR2 Bison exclusive body-color grille bar provides contrast to the black grille design and prominently features the signature ZR2 badge on the front of the truck to the right of the iconic Chevy “flow-tie.” On the rear, the bold black matte finish on the standardMulti-Flex tailgate is unique to the Bison design and allows the centered Chevrolet bowtie to stand out.

Tastefully integrated into the design, Silverado ZR2 Bison customers will enjoy discovering nods to the AEV collaboration throughout the interior and exterior of the truck, including the Bison decal on the side outer box and the AEV badge featured on the front headrests and all-weather floor liners.

The Silverado ZR2 Bison is expected to start production in early 2023 with an MRSP of $78,490 with dealer freight charge included.

Also new for the 2023 model year, the refined second-generation 3.0L I6 turbo-diesel Duramax is expected to deliver additional power and torque.

This engine is primed to deliver a sizable increase in power and torque for diesel customers. The max power is 305 horsepower, a 10 percent increase (277 hp in 22MY), and max torque 495 lb-ft, a 7.6 percent increase (460 lb-ft in MY22), thanks to several key component upgrades for optimum performance, including:

“These improvements to the popular 3.0L Diesel Duramax build on the already advanced design of the first-generation engine,” said John Barta, assistant chief engineer of diesels engines. “We often hear customers express their satisfaction with the outstanding fuel economy and smooth quiet power of the current diesel engine, so we can’t wait for them to experience this advanced engine made possible by the continued design evolution and advances in engine technologies.”

This refined diesel engine will be available on Custom Trail Boss, LT, RST, LT Trail Boss, LTZ and High Country, and will continue to be exclusively paired with a 10-speed automatic transmission for retail customers.

The Duramax engine will continue to be assembled at GM’s Flint Engine Operations in Michigan and will be available on select trims of the 2023 Silverado 1500 by the end of this year.

Like Loading...
About Mello Mike 743 Articles
Mello Mike is an Arizona native, author, and the founder of Truck Camper Adventure. He's been RV'ing since 2002, is a certified RVIA Level 1 RV Technician, and has restored several Airstream travel trailers. A communications expert and licensed ham radio operator, he retired from the U.S. Navy in 2004 as a CWO3 after 24 years, worked in project management, and now runs Truck Camper Adventure full-time. He also does some RV consulting, repairs, and inspections on the side. He currently rolls in a 4WD Ram 3500 outfitted with a SherpTek truck bed with a Bundutec Roadrunner mounted on top. - KK7TCA
Website Instagram YouTube

It quickly becomes apparent after surveying the hundreds of vehicles at the Overland Expo West that overland rigs come in all shapes and sizes. At the show, you’ll see everything from motorcycles, Land Rovers, and [read more]

The truck market has grown by leaps and bounds with the full-size half-ton pickup the most popular truck segment in the America. Backed by 10 consecutive years of growth and sales of up to 2.5 [read more]

The 2018 Overland Expo was probably the best overland show we ever attended. Everything about it was perfect—the weather, the exhibits, the classes, and the rigs. Without a doubt, the Jeep Wrangler Outpost II by [read more]