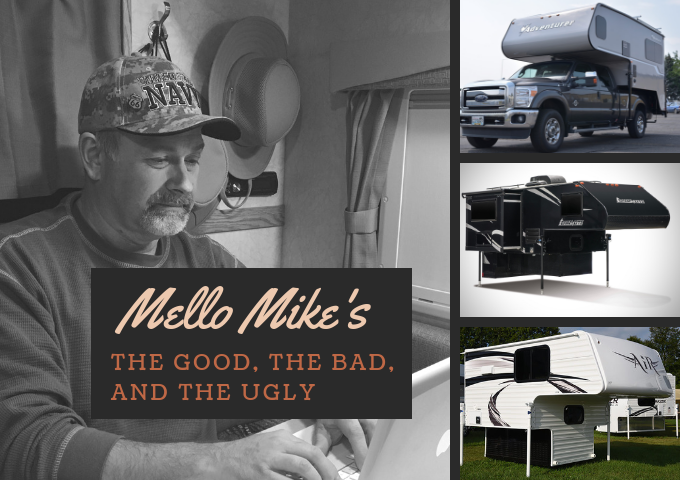 Truck Camper Adventure is proud to present Mello Mike’s The Good, The Bad, and The Ugly, an opinion piece covering current events in the truck and truck camper industries. In this first installment, Mello Mike provides his thoughts on ALP’s new 50th Anniversary Special Edition Adventurer 901SB (the good), on the shutdown of Livin’ Lite (the bad), and on the Travel Lite Super Lite truck campers (the ugly). 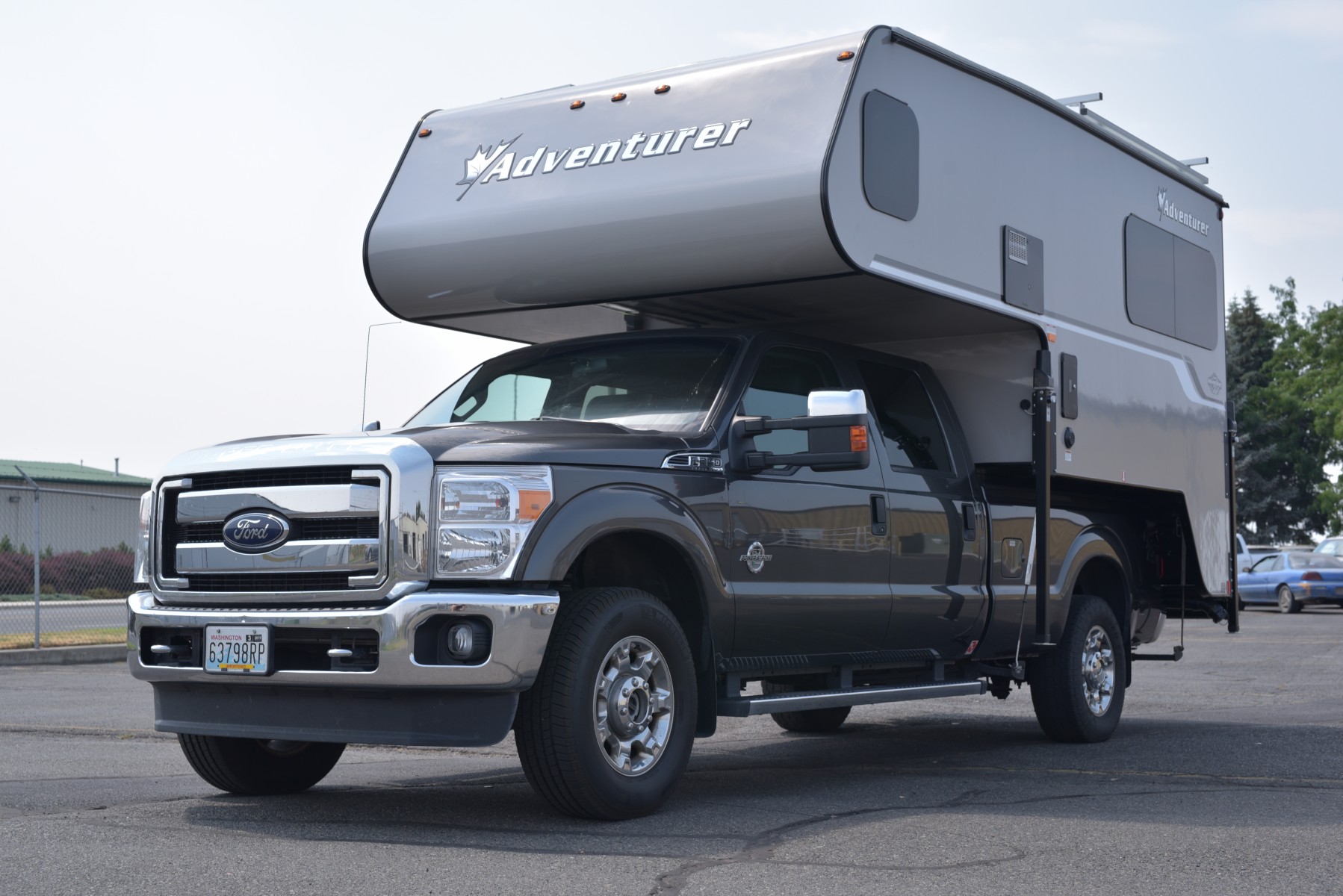 ALP recently released a 50th Anniversary, Special Edition of a brand new hard-side, non-slide truck camper, called the Adventurer 901SB. We’ve been somewhat critical of ALP’s aesthetics in the past, but this new, special edition camper signals that big changes are in the works at ALP. The company calls this special edition camper “a true celebration of our past and our vision into the future.” If the Adventurer 901SB is a reflection of ALP’s future then we’re very optimistic about that future. Rather than recycle a tired, worn-out camper, the company went all out by producing a brand new camper with an all-new 9-foot 1-inch floorplan, a new sterling grey and black exterior, and a new designer inspired “Euro” interior.

According to ALP, there are no options for this special edition camper. Each camper, as built, comes fully equipped, which is why the camper is a bit on the heavy side at 3,280 pounds. With a fully loaded weight of about 4,200 pounds, you’ll need at least a one-ton truck with the requisite payload to safely haul this camper around.

While the Adventurer 901SB signals a new direction for ALP, the company hasn’t departed entirely from its well-established past. Like all ALP campers, the 901SB’s construction features what ALP calls a “Tru-Composite Contruction” using a hybrid wood-aluminum frame, then backs up that construction with a better-than-average three-year structural warranty. The camper also features a big basement with larger than average holding tanks of 42 gallons fresh, 28 gallons grey, and 28 gallons black, 2-inch thick laminated walls with R13 insulation, a dual battery compartment—a must for any well-equipped truck camper—and two 20-pound LP propane tanks.

Unfortunately, if you’re hoping to see side storage boxes in the 901SB, you won’t find any. This isn’t an option that ALP offers in any of its campers. If you want them, you’ll have to build them yourself. Let’s hope that ALP takes a hard look at rectifying this glaring omission in future builds—if Northwood Manufacturing and Northstar Campers can do it, so can ALP.

Overall, we’re very impressed with the new Adventurer 901SB. We love the technological upgrades, the gorgeous leather dinette, and the modern, Euro-style interior look and feel of the camper. The tank capacities, the sterling grey exterior, and the stainless steel appliances are also top-notch. We hope to see most, if not all, of these enhancements in ALP’s entire lineup soon. The MSRP for the Adventurer 901SB is reasonably priced at $39,379. Only 60 of these special edition campers are being built, so if you want one you better act fast. 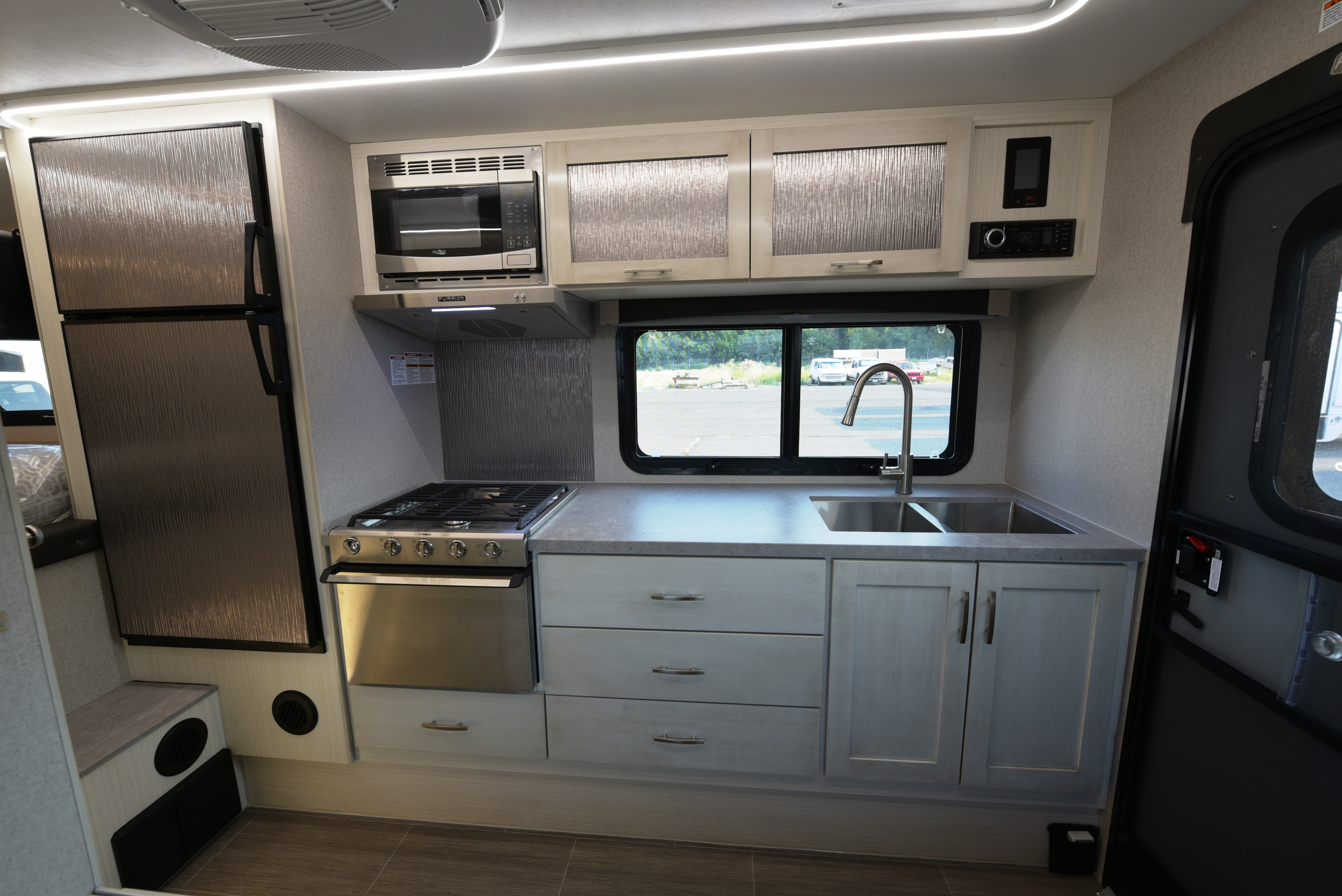 The Bad: The Shutdown of Livin’ Lite 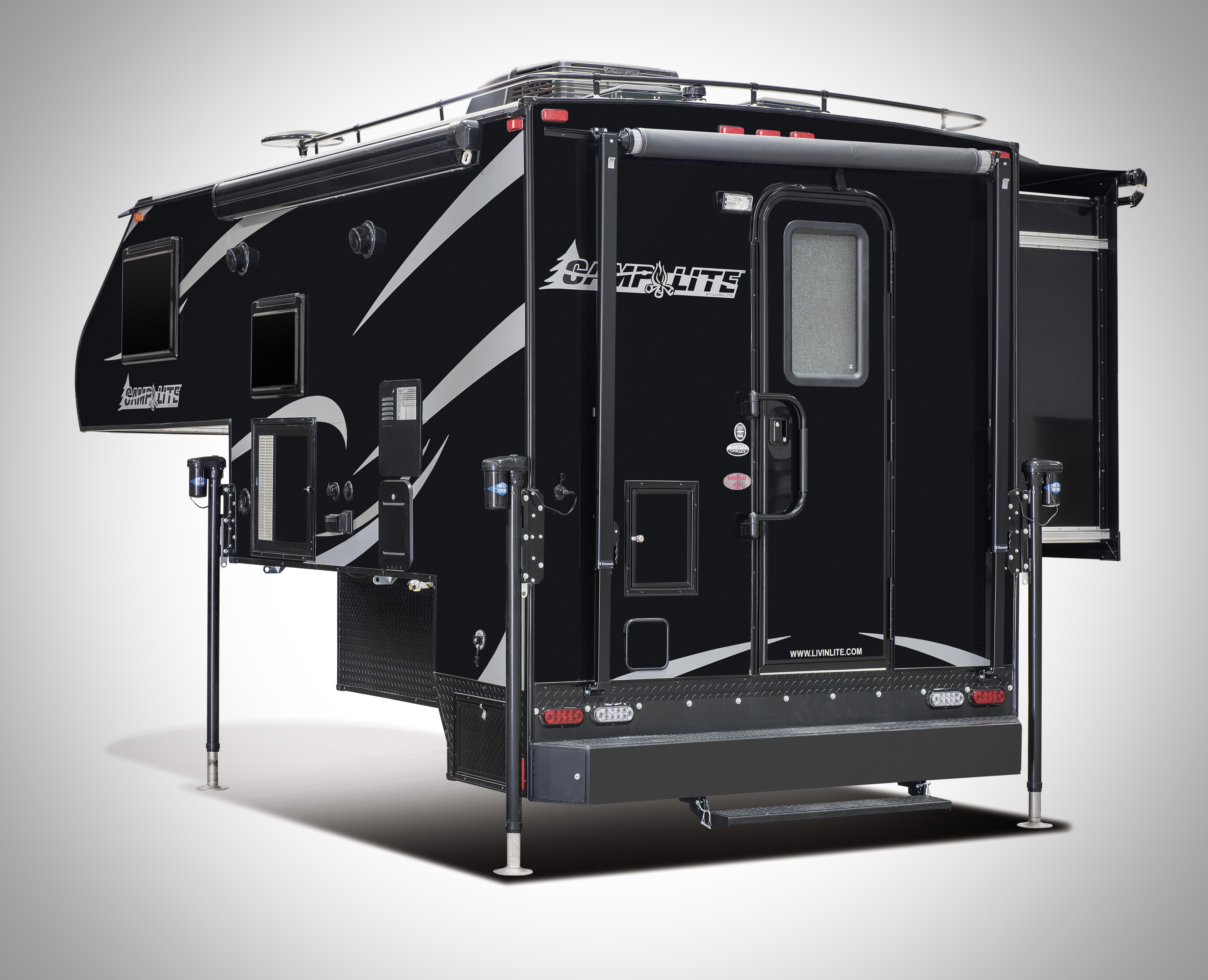 When we reported the shutdown of Livin’ Lite on August 7, we were still in a state of shock. We actually found out about the shutdown in late June in an email from KZ RV, but decided to stay silent on the matter until an official press release was issued by the company. After six long weeks of hearing nothing from KZ, we decided to publish the information that we had. Everything was and is still looking pretty official. The factory remains closed and the last batch of campers and trailers were shipped in June. Based upon the information that we received from KZ, the decision to close Livin’ Lite’s doors actually came from Thor Industries, KZ’s parent company. I usually get an uneasy when big corporations buy out smaller, well-established companies like Livin’ Lite and in this case, my uneasiness was well founded. When “bean counters” in big corporations get involved they often lose sight of the big picture.

Why the shutdown? No reason was given by either KZ or Thor Industries. Some have theorized that the volatile price of aluminum was the blame, but an analysis of aluminum’s price shows very little difference in the net cost of the common metal over the last 12 months. The decision, we think, came down to one thing—competition. We believe Thor disliked having another aluminum travel trailer manufacturer competing with its cash-cow and subsidiary, Airstream. Only two companies built travel trailers out of aluminum and both were owned by Thor. When one of those company’s is a highly profitable, international icon like Airstream, the iconic, highly profitable company usually wins out.

Whatever the reason, the decision to close Livin’ Lite’s doors was a bad move. Nobody else in the market built an affordable aluminum travel trailer and truck camper. Nobody. As former Airstream owners, we loved Livin’ Lite’s non-traditional, mostly aluminum approach to truck camper construction and were strongly considering buying one. Aluminum campers and travel trailers are incredibly stout and durable. It’s said that over 60 percent of the Airstreams and Avions built in the 1950s and 1960s are still being used today. What’s really a shame is that consumers had finally caught on to what Livin’ Lite was all about and were buying their products in ever-growing numbers.

What does the future hold for Livin’ Lite and the Camplite truck camper brand? It’s hard to say. Thor may decide to completely dismantle the company, sell off parts, or sell the entire thing. Whatever happens, we’re hoping for the best, especially the Camplite brand. Like Bigfoot, which went out of business in 2008 and was bought by a former employee in 2010, Camplite deserves another shot with somebody who really cares about the company and the product. One thing we’ve learned about the RV industry is that consumers are willing to pay more for quality, which makes the Camplite brand a great investment. Livin’ Lite was the only company making aluminum truck campers. With the economy booming, now is the right time to buy. It will be interesting to see what happens. In the meantime, if you’re thinking about buying a Camplite truck camper, you better act fast. Once they’re gone, they might be gone—forever—unless you happen to get lucky and score on a used one. 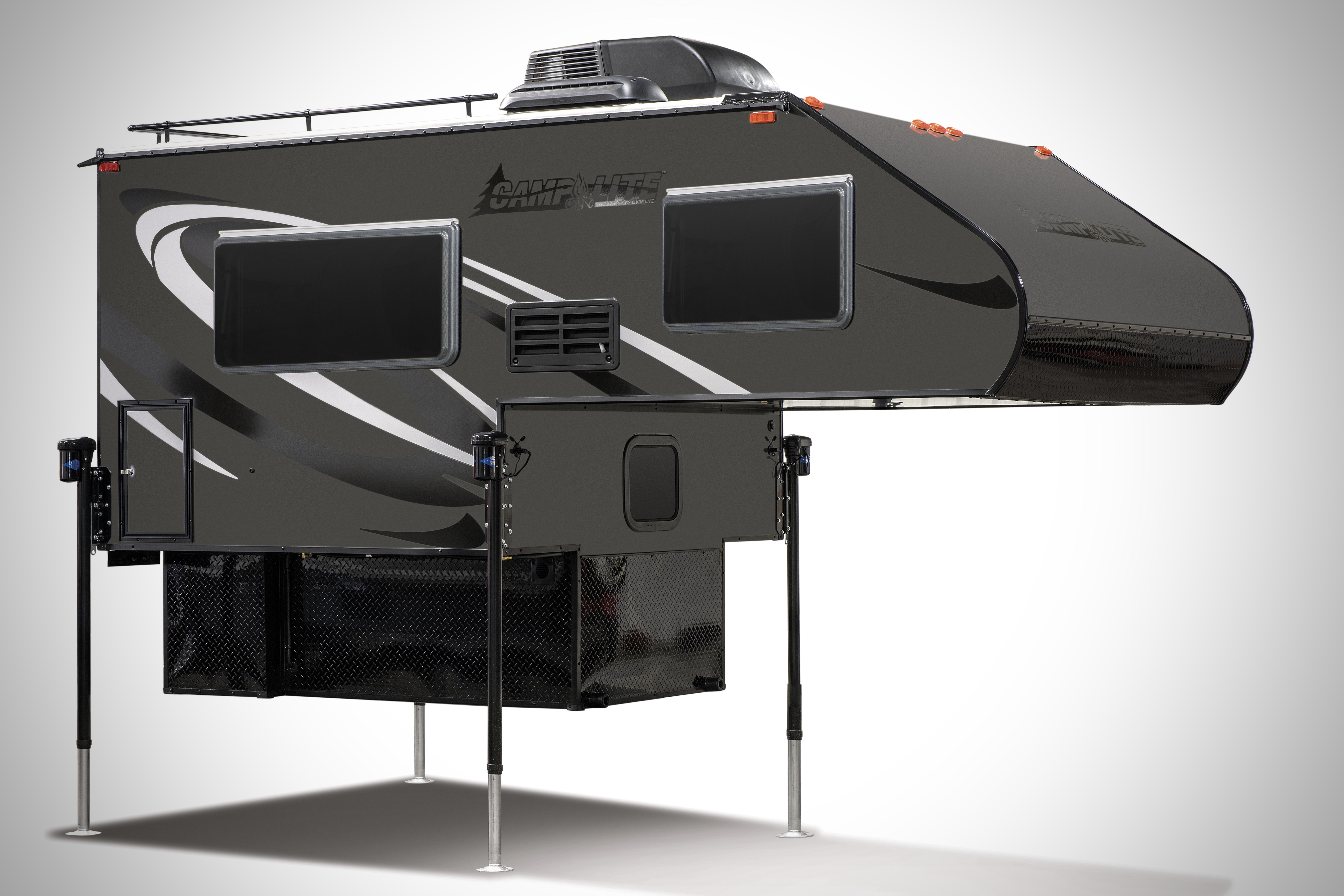 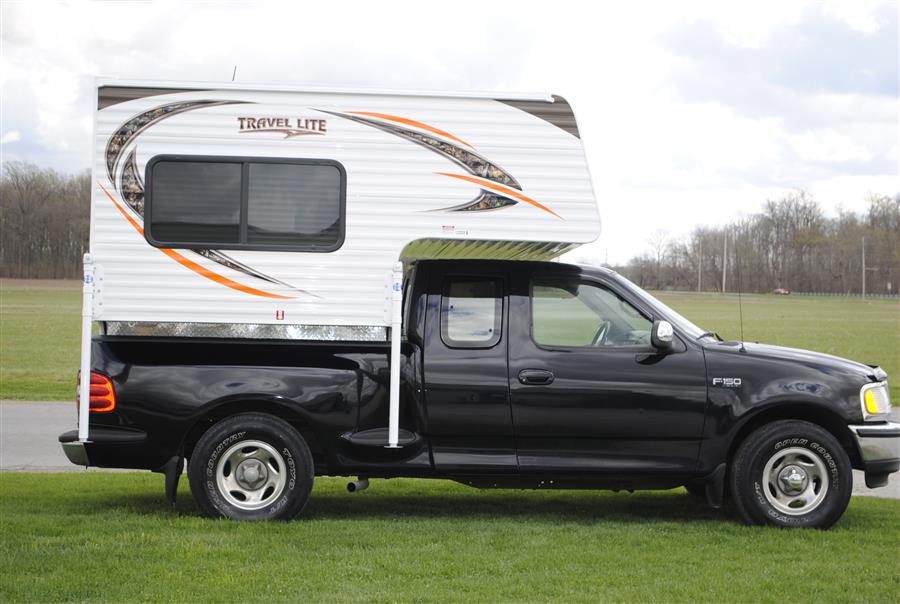 Truck campers are a beautiful thing unless, of course, it’s a camper built by Travel Lite. We hate to be blunt, but the folks at Travel Lite build some of the ugliest truck campers in the industry. Indeed, their campers are so ugly they give new meaning to the saying, “beaten by an ugly stick.” The worst of these is the company’s so-called Super Lite brand of lightweight truck campers. The brand consists of seven models, two for mid-size trucks and five for half-tons. We realize that building a hard-side truck camper light enough to be hauled on a mid-size truck let alone a half-ton truck is a tall order, but Travel Lite designers need to sharpen their pencils and get back to work designing a camper that’s more aerodynamic, less top-heavy, and more shapely than the snub-nosed uglies the company is currently churning out. On the other hand, when it comes to designing a truck camper light enough to be safely hauled on a half-ton truck, beggars can’t be choosers. There really isn’t a lot to choose from in today’s marketplace, you can count them all on two hands. Because of this, you have to give Travel Lite an “A” for effort, while at the same time, giving them a big fat “F” for overall aesthetics. 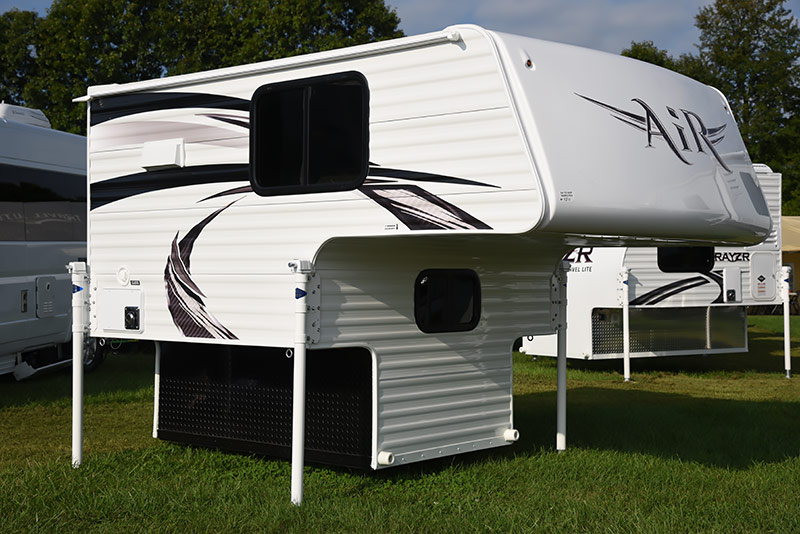 After a year and a half traveling full-time in an 2006 fifth wheel, we were tired of adding the “35+ feet” filter on our campground searches. We were ready for more mobility and less hassle. [read more]