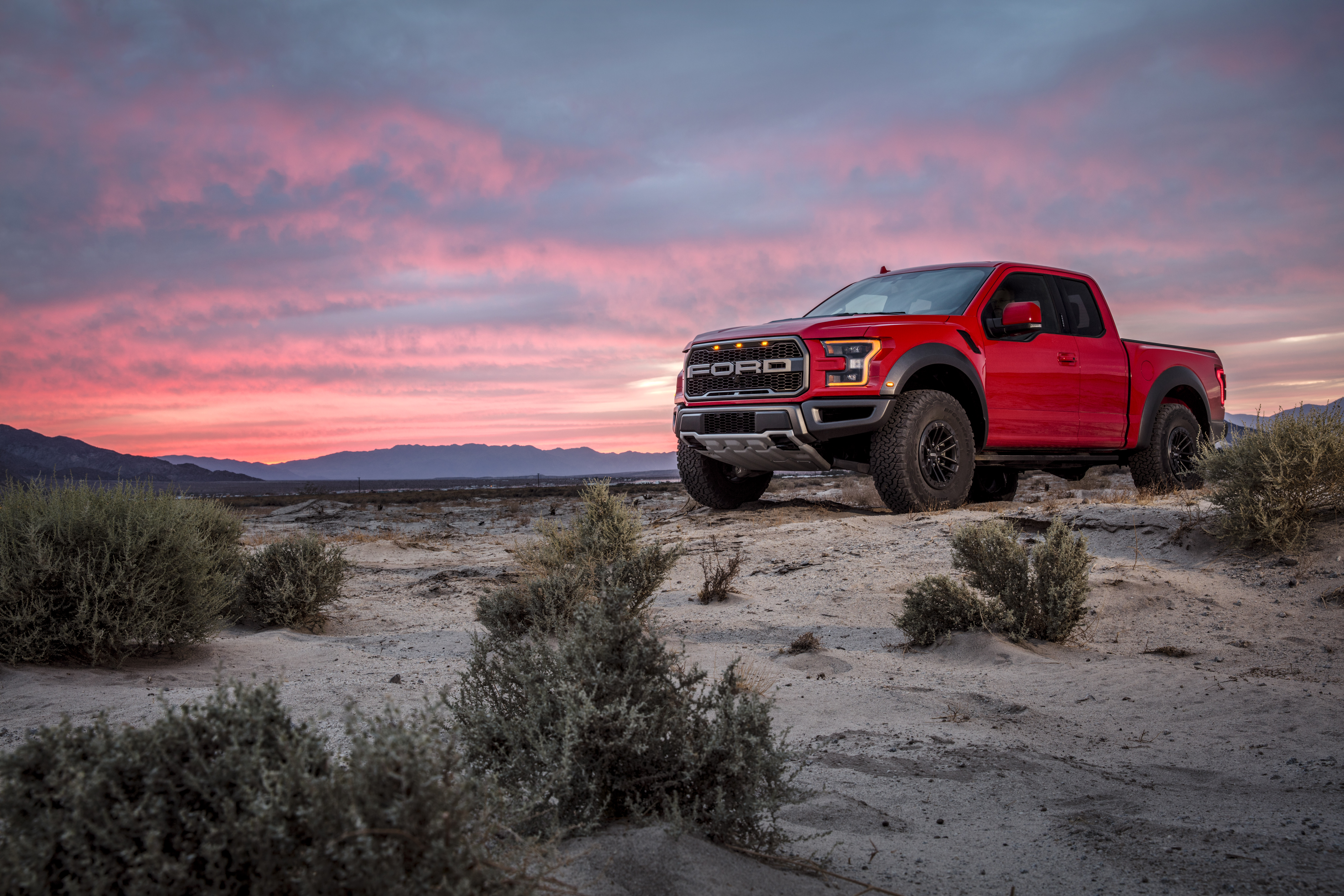 Ah, the Ford Raptor. The mere mention of the truck’s name evokes images of the wide-body beast slinging mud in the Baja 1000 and climbing steep rocks in Moab, Utah. There’s no doubt about it, the Raptor is a special off-road truck. It has considerably more sex appeal and off-road prowess than its plain-Jane, F-150 cousin. Yet even with all that the Ford Raptor has going for it, the truck has some inherent weaknesses that must be carefully weighed against all of the truck’s strengths. That’s the purpose of this article. We’ll weigh the pros and cons of the 2019 Ford Raptor to help those who are looking for an off-road pickup truck to make a better, more informed decision.

What specifically does the Raptor have going for it? Lots of things. Aside from the truck’s distinctive wide body, the Raptor features a superb 3.5L Ecoboost twin-turbo V-6 engine, an electronic locking rear differential with a 4.10 axle ratio, a reinforced frame, special BF Goodrich KO2 35-inch All-Terrain Load Range C tires, under-chassis armor, hill decent control, and Fox 3.0-inch Off-Road Racing Shocks with custom internal bypass technology. The Raptor is also equipped with a “Torque-On-Demand” transfer case, a dual exhaust, an excellent 10-speed automatic transmission, and a “Terrain Management System” with six selectable modes of driving—Normal, Baja, Rock Crawl, Sport, Mud-Sand, and Wet-Snow. The 2019 Raptor promises even more with an electronically controlled “Live Valve” technology that dampens the Fox Racing Shocks in real-time, and a new “Trail Control” low-speed, rock crawling feature that automatically adjusts power and braking to each individual wheel to allow drivers to focus on steering. All told, these enhancements give the truck an impressive 13 inches of front and 14 inches of rear suspension travel, 11.5 inches of ground clearance, and 32 inches of water fording. 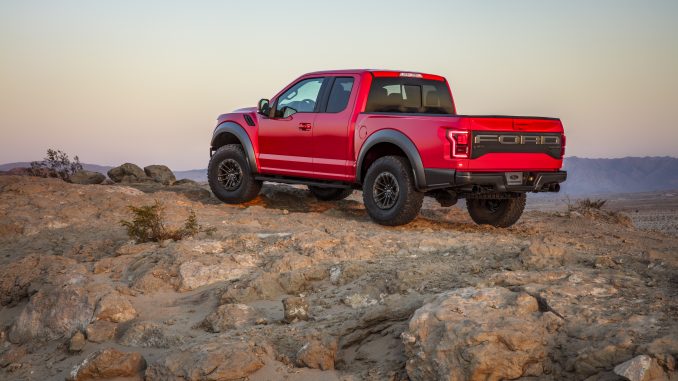 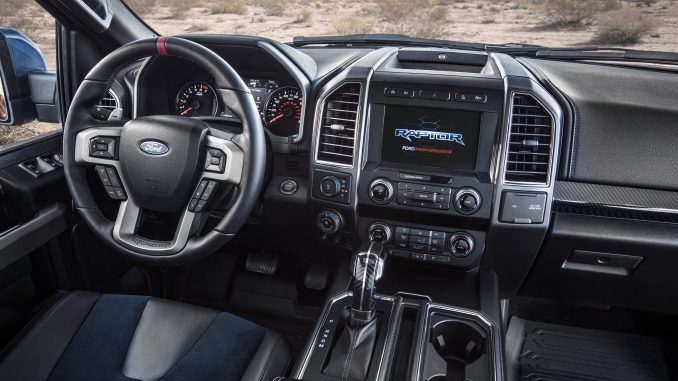 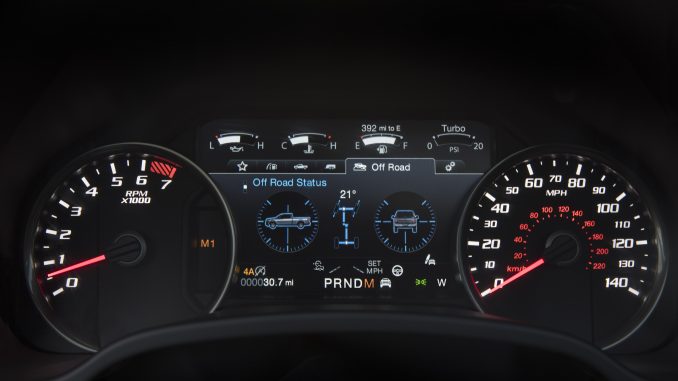 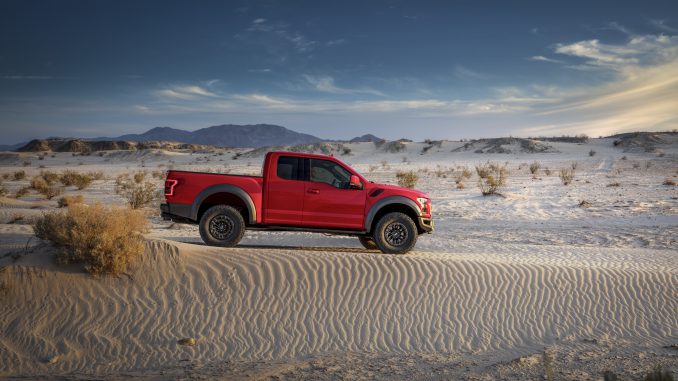 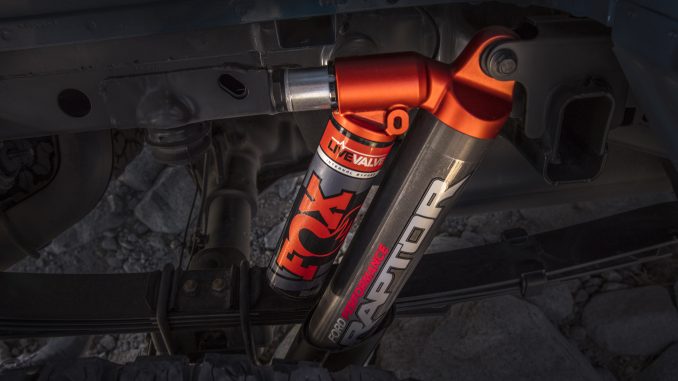 So what about the Raptor’s negatives? There aren’t many, but they’re pretty significant. First, the Raptor is expensive for a half-ton truck. A “basic” SuperCrew Raptor goes for $50,675. If you want one with all of the bells and whistles you’ll have to pay $16,000 more. The Raptor is also a full 7 inches wider than the standard Ford F-150, making it 83.6 inches wide with the mirrors folded in. While this wider stance provides greater stability in turns, it also means that the truck will be harder to protect from rocks and tree limbs off-road. Even worse, due to the requirements of the twin-turbo V-6 there isn’t enough room in the front for a winch, a serious omission for a truck that’s meant to go off-road. The Raptor doesn’t have a disconnecting front sway bar either. This means drivers will have to disconnect the sway bar manually by crawling underneath the truck before hitting the trails. Not a big deal if its dry outside, but will be if the ground is wet and muddy.

But the Raptor’s biggest negative, by far, is its poor payload rating. With a payload of only 1,200 pounds for the SuperCrew model (the SuperCab model’s payload rating is even lower at 1,000 pounds), the Raptor is pretty limited on what it can haul. Unfortunately, all of the things that make the Raptor a great off-road truck, like its distinctive wide body, specialized suspension and tires, and 4×4 drivetrain, hurt the truck’s ability to haul things in a major way. How much? Well, a Ford F-150 4×2 SuperCrew with a 5.0L V8 and a 6.5-foot bed offers a 2,930-pound payload, a good 1,700 pounds more than the Raptor. Ouch!

No doubt, some will say, “just upgrade the Raptor’s rear leaf springs and tires and you’ll be good to go.” Sure, you can do that, but why should you have to invest an additional $2,500 for additional leaf springs, higher rated wheels, and Load Range E tires when you’ve already forked out between $50,000 and $70,000 for a new truck? It would be better to get these options installed at the factory, so you’re not having to pay extra for them aftermarket. Too bad a “heavy-duty” factory option for the Raptor, which offers these additional items with a higher payload rating, isn’t offered by Ford. How hard would it be to offer that option? I imagine it would be pretty easy if the demand was there. As it stands now, the Raptor is a sprinter rather than a mule, a 5,850-pound weakling when it comes to hauling a load. Still, the truck’s payload is high enough to haul a small, well-equipped pop-up truck camper like the Four Wheel Camper Raven or the Outfitter Caribou Lite, both of which weigh less than 1,000 pounds dry. If that’s what you’re looking to do, then the Ford Raptor will be more than capable of answering the call, but only with minimal equipment and gear. 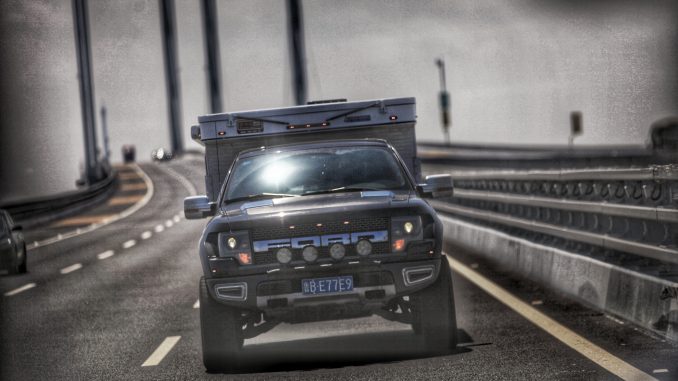 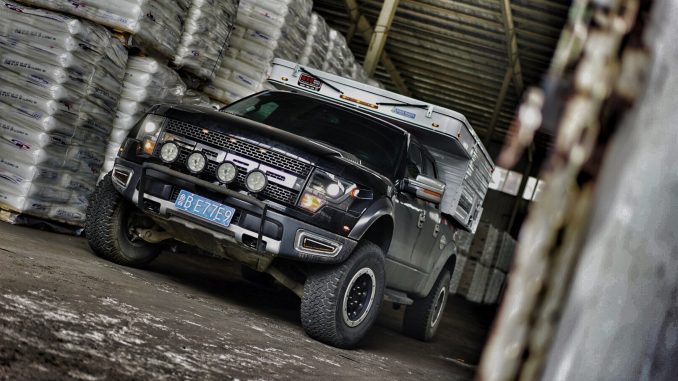 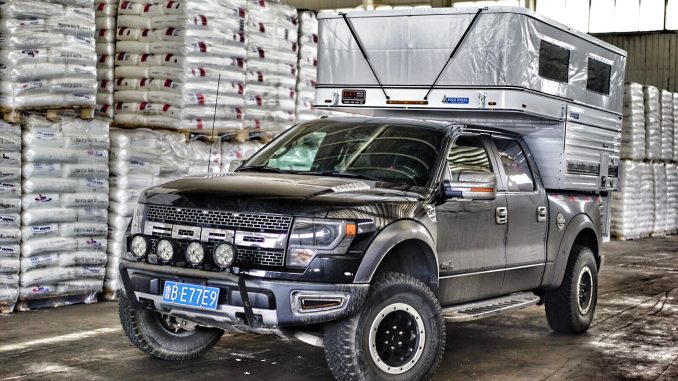 So what’s the bottom line? Does Truck Camper Adventure give the 2019 Ford Raptor a passing or failing grade in its ability to haul a truck camper off-road? When it comes to its off-road capabilities, this second generation Raptor gets a stellar A+ rating. There simply isn’t another pickup truck in its weight class that offers all that it does for the price (the Ram Power Wagon is a larger, 3/4-ton truck). The overall grade, however, takes a big hit for deleting the winch in 2017 and for its abysmally low payload rating—for truck camper owners, this is probably the most important metric. Given the requirements of the 3.5L twin-turbo V-6, deleting the winch is understandable, but the smaller and lighter V-6 engine compared to the Raptor’s previous 6.2L V-8 engine should have translated into a higher payload rating for the Ford Raptor, but, unfortunately, it didn’t. That’s too bad. Ford engineers could have compensated in other ways to get the payload rating higher, but I suspect that it wasn’t a priority for them. Honestly, it’s hard to fault them for that seeing what the truck is capable of doing, but you still have to “ding” the Raptor for its poor payload rating. The Raptor is a truck after all and hauling things is what pickup truck’s were built to do. Nevertheless, the Ford Raptor is still a winner in its ability to haul a truck camper off-road, but only gets an overall passing grade of a B+ when it could have easily gotten an A+.