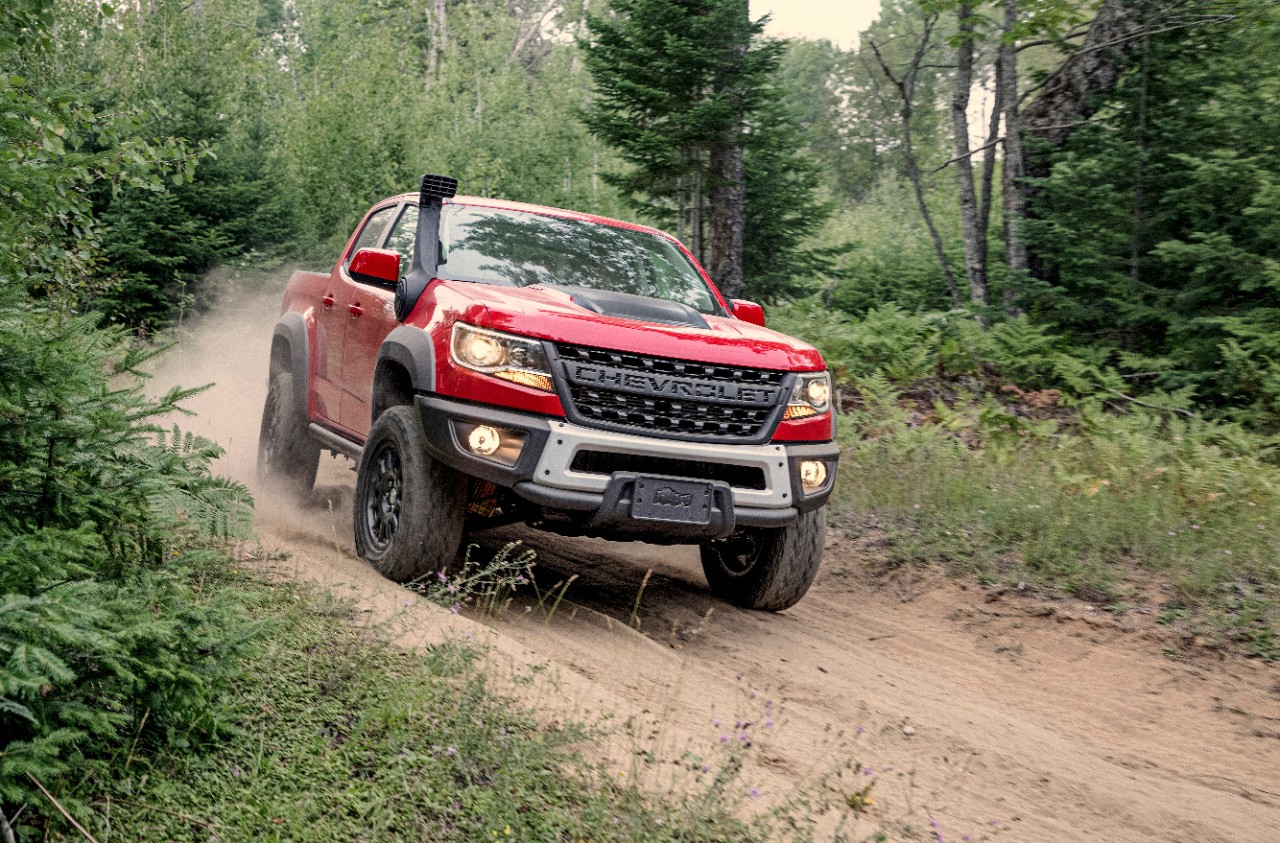 Amassing more than a quarter of all midsize truck sales, the Chevy Colorado has sold well since it was redesigned in 2015. In consecutive years, Colorado introduced the segment’s first diesel engine (excludes other GM vehicles), an all-new V-6 gas engine/eight-speed transmission combo, the ZR2 “segment of one” off-roader, and now the Bison.

The Bison features a number of AEV upgrades over the standard ZR2. Underneath, five skid plates will protect the oil pan, the fuel tank, the transfer case and the front and rear lockers. Designed by AEV, these skid plates are constructed of a durable, hot-stamped Boron steel. AEV also designed the front and rear steel bumpers to further shield the truck from off-road obstacles. The front bumper contains provisions for a heavy-duty winch and standard fog lights, while the rear bumper features tow hooks to facilitate recovery.

“We’ve been following Colorado since its introduction, and the ZR2 really captured our attention,” said Dave Harriton, founder and president of AEV. “As this is the first Chevrolet vehicle we’ve given the AEV treatment to, we wanted to do something special with the industry’s first use of hot-stamped Boron steel. We also expect that Colorado drivers will love the added ruggedness of our front and rear bumpers on ZR2 Bison.”

The ZR2 Bison also duplicates the full equipment list of the Colorado ZR2. These include front and rear locking electronic differentials, Multimatic DSSV dampers, off-road rocker protection, cast-iron control arms, an Autotrac transfer case. Like the standard ZR2, the Bison also features a modified rear axle with a 3.42 ratio, front and rear tracks widened by 3.5 inches, and a factory suspension lifted 2 inches over a Colorado Z71. Available options on Bison include a 2.8L Duramax Turbo-Diesel, capable of 186 horsepower and 369 pound-feet of torque, a six-speed automatic transmission, and a choice of crew- or extended-cab configurations (including short and long beds, respectively). Customers will also be able to purchase a snorkel, one of AEV’s most popular aftermarket accessories. The snorkel is compatible with all Colorado pickup variants.

Truck Camper Adventure is still waiting on the Bison’s official payload numbers, but little change is expected from last year’s ZR2. The standard ZR2 crew cab short-box with the V-6 gasser offered a maximum payload of 1,100 pounds in 2018. We expect the Bison’s payload in this configuration to be around 1,000 pounds, which isn’t bad for a fully-armored, mid-size pickup truck. The truck’s payload will be more than sufficient to haul an aluminum pop-top like the AT Overland Summit or a Four Wheel Camper Shell.

The 2019 Colorado ZR2 Bison goes on sale in January 2019 and is backed by Chevy’s full factory limited warranty. 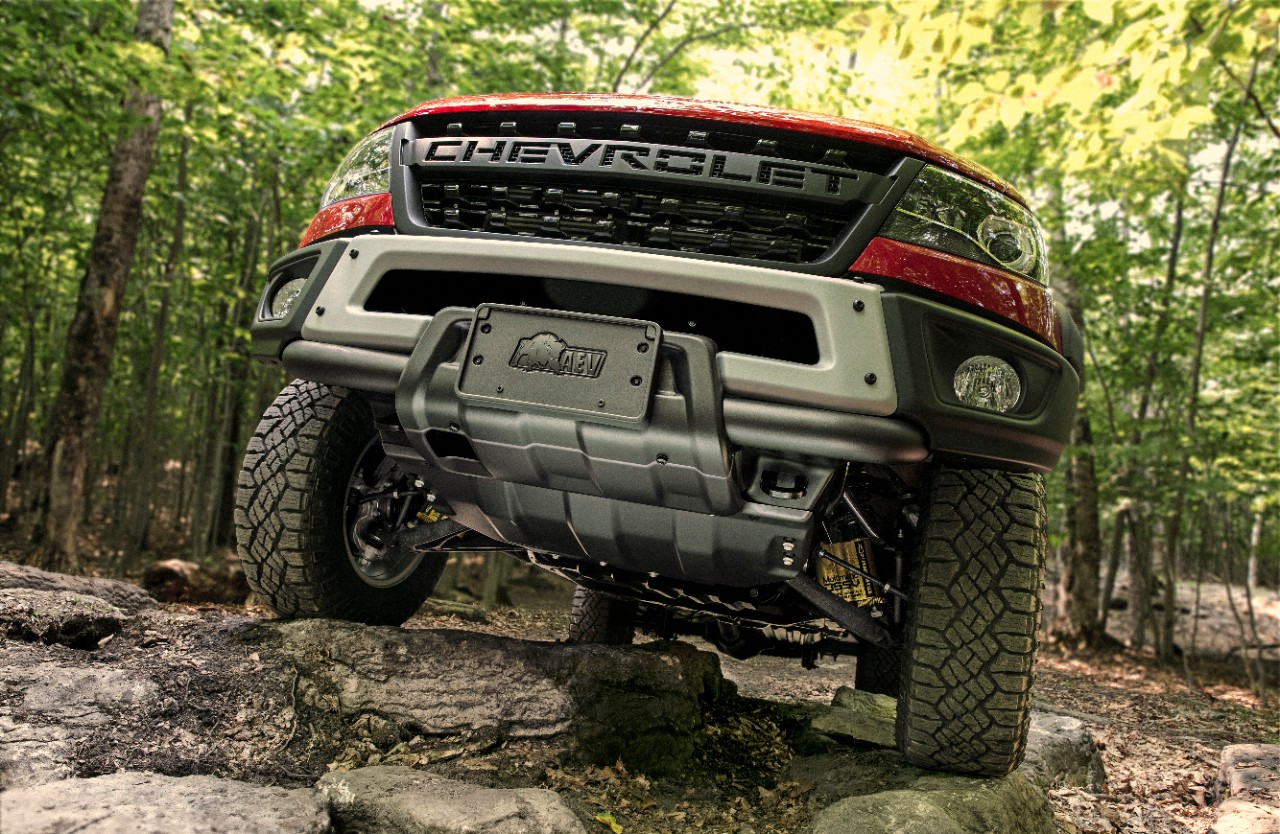 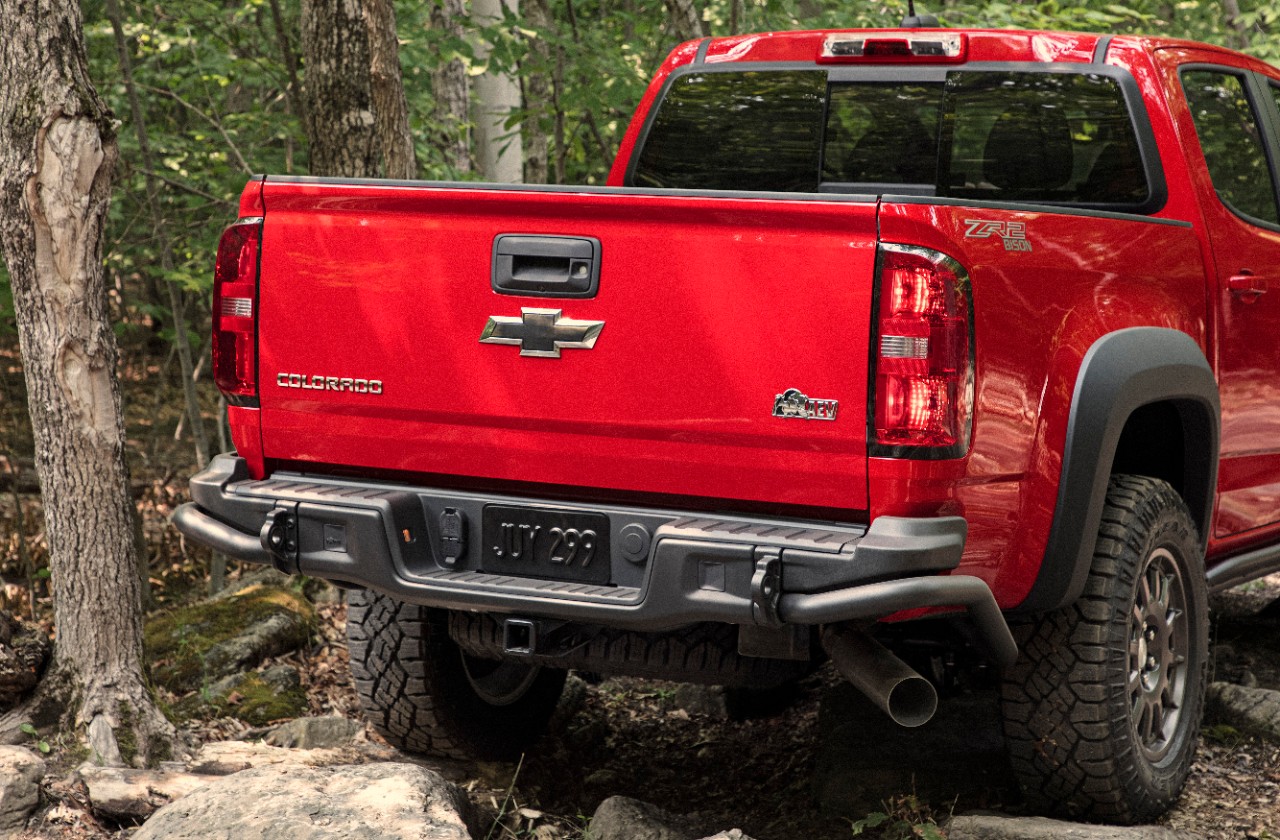 All photos provided courtesy of Chevy and AEV.

Get Outfitted With American Expedition Vehicles

Thinking about investing in some performance upgrades for your truck? Then you’ll want to check out what American Expedition Vehicles (AEV) has to offer. Based out of Wixom, Michigan, AEV is a premier supplier of [read more]