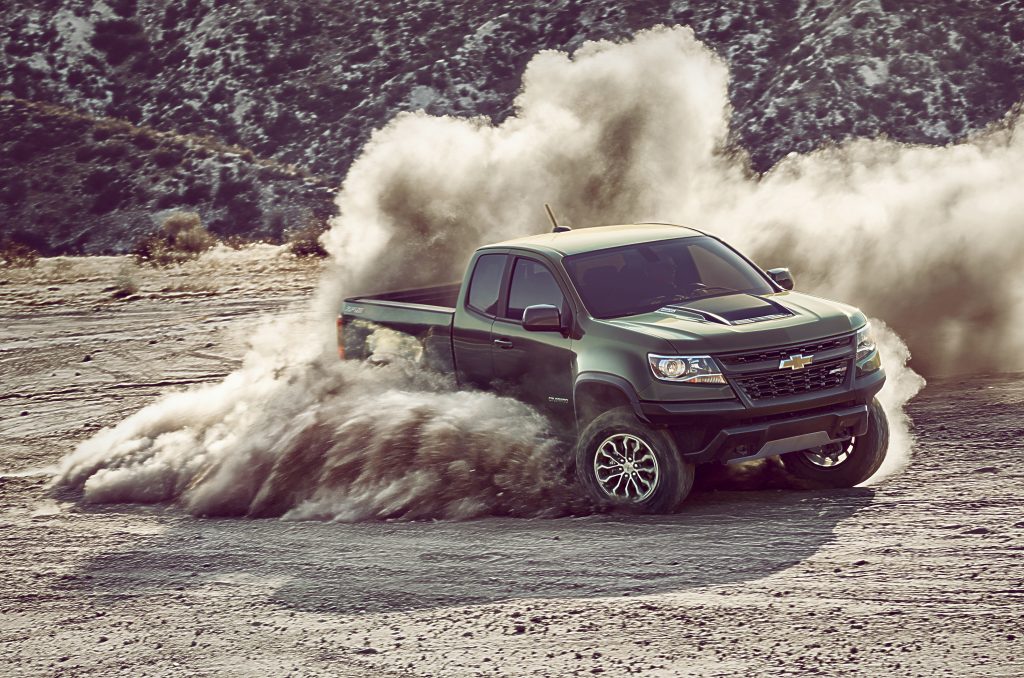 Chevrolet recently announced an off-road trim line version of its mid-size Colorado pickup called the ZR2. Based on its capabilities and features, the ZR2 will be able to do everything well—from traversing heavy two-track trails to high-speed desert running and full-on rock crawling. The standard powertrain for the ZR2 will be the highly-capable 3.6L DI V6 offering a class-leading 308 horsepower and 275 foot-pounds of torque. The ZR2 will be available only as a four-wheel-drive vehicle. While it’s inevitable that such an offering will be compared to the Ford Raptor, the Colorado ZR2 will most likely compete with the Toyota Tacoma TRD Pro.

According to Chevy, available options for the 2017 Colorado ZR2 will include a 2.8L Duramax Turbo-Diesel engine, paired with a six-speed automatic transmission, capable of 186 horsepower and 369 foot-pounds of torque. Owners will have the choice of crew-cab or extended cab configurations (including short and long beds, respectively). Other options include a seven-speaker Bose premium audio system, a dealer-installed, bed-mounted spare tire carrier, and a full-length black vinyl floor (no additional cost—standard interior features leather seats and carpet).

As you’d expect from a desert runner and rock crawler, the ZR2 will offer a plethora of off-road features such as front and rear locking electronic differentials, a 2 inch lift, new cast-iron control arms, an aluminum skid plate that protects the radiator and engine oil pan, and a modified rear axle with a 3.42 ratio. The ZR2 will also sport modified front and rear bumpers for improved clearance, size 31 inch tires, an aggressive grille and hood combo unique to the ZR2, and four-wheel disk brakes. This off-road beast will also feature an aggressive stance 3.5 inches wider than the standard Colorado.

One thing that will set the Chevy Colorado ZR2 apart from the competition will be the shocks—they won’t be your traditional, everyday shock absorbers. Instead, the ZR2 will feature a set of Multimatic Dynamic Suspensions Spool Valve (DSSV) dampers. These revolutionary shocks use internal ports to alter the flow of fluid depending on the position of the shock piston. Unlike traditional shocks that use a stack of flexible disks at the piston head, the DSSV uses three spring-loaded spool valves and Position Sensitive Dampening (PSD) instead. It’s not exactly new technology. Formula 1 race cars have been using DSSV technology for years. After vigorous testing, Multimatic is ready to release this dampening technology to the off-roading public. Experts say the ride using the DSSV system is much smoother and more enjoyable.

Although designed for off-roading, the ZR2 will still be a capable everyday truck with a payload rating of 1,100 pounds and a tow rating of 5,000 pounds. For those interested in hauling a small pop-up truck camper on a mid-size pickup truck, the Colorado ZR2 might just be the ideal platform for serious off-roading and overlanding. 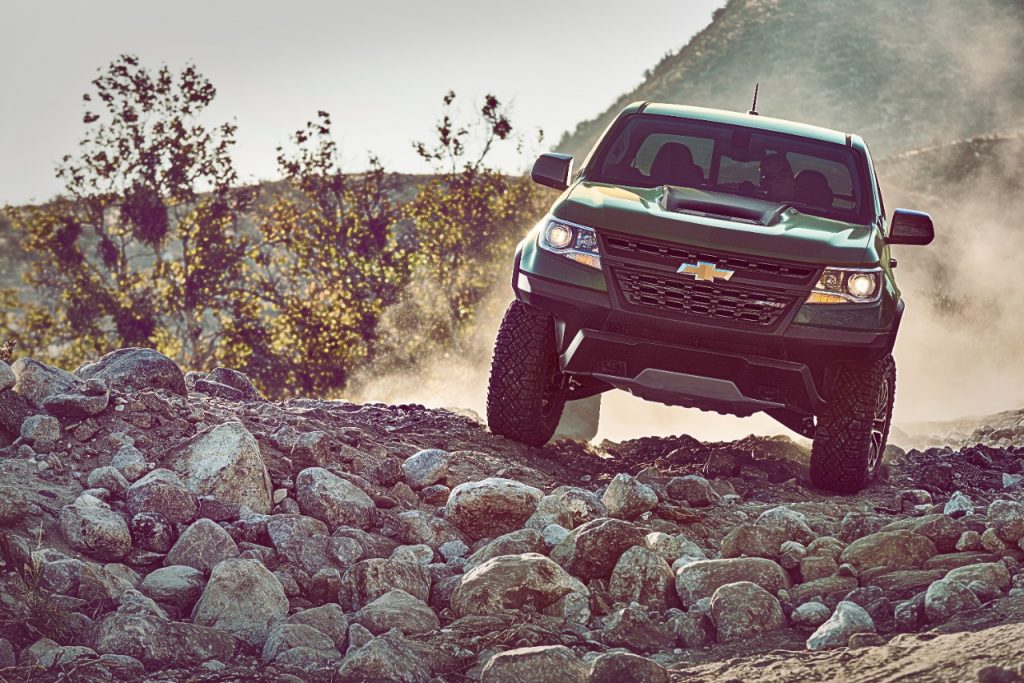 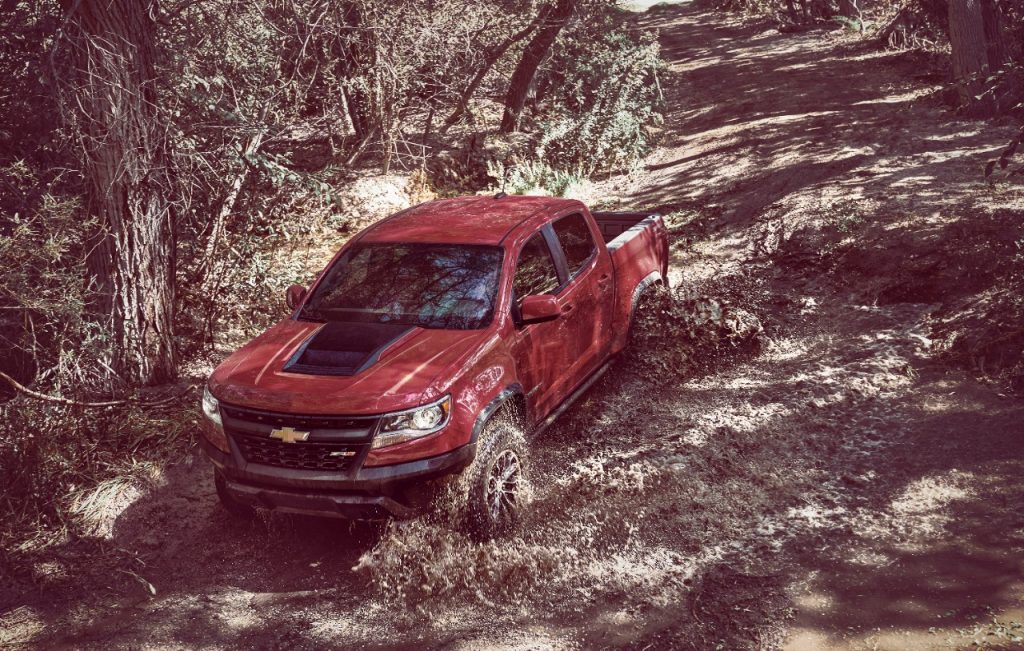 The truck market has grown by leaps and bounds with the full-size half-ton pickup the most popular truck segment in the America. Backed by 10 consecutive years of growth and sales of up to 2.5 [read more]

The New 2019 Ford Ranger Promises to be Off-Road Ready

Ford just announced that rigorous testing is underway on the new 2019 Ford Ranger pickup truck. According to the press release, Ranger testing is based on the same proven standards of the highly successful Ford [read more]

Chad Hall of Hall Racing will debut a modified 2017 production Chevrolet Colorado ZR2 during Best in the Desert’s General Tire “Vegas to Reno” race presented by FOX. “Vegas to Reno,” known as “the longest [read more]