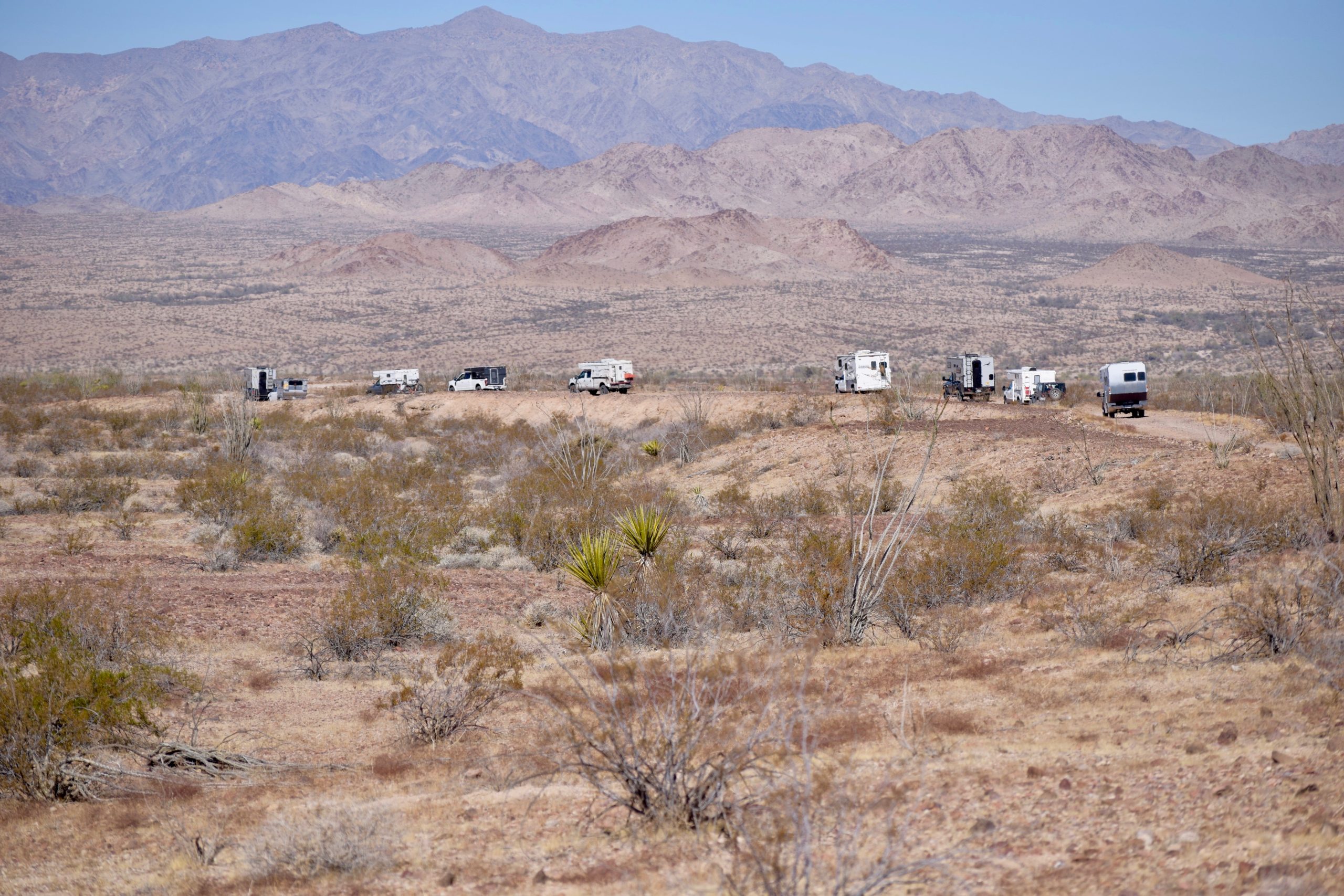 The Marines I worked with back in the day had a saying that I will never forget: Sempre Gumby, which translated means Always Flexible. After our special group permit on the El Camino Del Diablo was denied at the last minute, we had to come up with a plan B for the 14 who had signed up for the three-day caravan. After a quick meeting on Sunday, a new plan was hatched. With Camino group sizes limited to no more than six vehicles and with several owners having time constraints due to work, two groups were formed. Four vehicles would tackle the Camino, while the remaining 10 vehicles would tackle the Bradshaw Trail. More about the El Camino Del Diablo later.

For the Bradshaw Trail, Alex and Julie Blasingame in their new Bundutec BunduVry would take the point, while tail gunner duties would be filled by Steve Hericks and Cheryl Blount in their new chassis-mounted DIY truck camper. I would video and photograph the event in our 4Runner, while the wife would drive the Bundutec Roadrunner. The rest of the group consisted of Ray and Anna Jaffie hauling a Four Wheel Camper Hawk Flatbed, Russ and Amy Taylor packing a Four Wheel Camper Hawk, Derek Hatch toting a Northstar 850SC, Kevin Williams packing an Elkhorn pop-up, Guy Williams hauling an Outfitter Apex 8.5 and pulling a Jeep Wrangler, and Pat and Jennifer Carroll packing a Lance 855.

The two-day trip went off without a hitch. On Monday morning, the 15th, we aired down our tires at the Wiley’s Well BLM campground—most airing down to 45 psi rear and 40 psi front. Having been recently graded, most of the road was in excellent condition except for the west side between the Eagle Pass Trestle and main trailhead. The washboarding was horrific, far worse than last year. Everyone had to take it slow and easy. We planned on being done with the trip around 1300 Tuesday, but we didn’t get done until about 1600 on the 16th. Airing up was done on Parkview Drive near the Salton Sea State Recreation Area Park HQ.

Oh, and about that infamous washboarding on the west end of the trail. If you have a rear sway bar make sure you disconnect it. We had our sway bar on the lowest setting possible and it still hindered our rig’s articulation. It also amplified the swaying back and forth on the washboards. You can see this in some of the video footage we took.

The attractions highlighted in our recent Bradshaw Trail article were still there except for Leonard Knight’s old boat—unfortunately somebody set it on fire. All that remains is a pile of fiberglass and canvas and the steel dingy that was used to haul it. However, the old Alaskan camper near the Gas Line Road intersection is still available for $200 OBO if you want it. We also enjoyed three flybys in the form of a pair of Cobra helicopter gunships, a pair of F-35’s, and a Navy Blue Angel F/A-18 practicing on the adjacent Chocolate Mountains Aerial Gunnery Range, some of which were caught on video.

The weather during the two-day trip was nearly perfect with temperatures in the high 60s during the day and low 40s during the night. FRS radios were used to coordinate all activities and provided an enjoyable source of banter throughout the two-day trek. This is a music video of the caravan featuring the song Back in the Saddle by Aerosmith.

10 Reasons Why the Jeep Wrangler is Cool

Arizona’s White Pocket has long been on our list of places to visit due to its remote location and unique geological formations. It is a photographer’s mecca, and until the last two years, a relatively [read more]