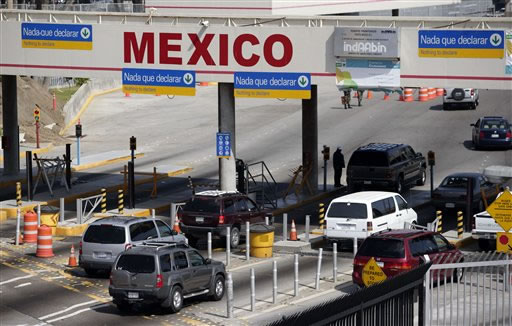 You may have heard by now that truck campers are being turned away at the Mexico border. Is this true? Unfortunately, yes. But the reason appears to be a misunderstanding of Mexican law by Mexican customs officials at certain checkpoints. Here’s what we’ve learned here at Truck Camper Adventure after investigating the matter further.

A recent Mexican law, enacted in November 2015, states that commercial vehicles with a cargo capacity (“capacidad de carga”) or payload of 7,716 pounds or greater are prohibited from entering the country and will not be granted a temporary import permit (TIP) (as far as we can determine, the law applies only to mainland Mexico and not to the state of Baja).

Unfortunately, Mexican customs officials at certain checkpoints—El Paso, Laredo, and la Paz (the ferry from Baja) appear to be the worst offenders—have misunderstood the term “cargo capacity” to mean Gross Vehicle Weight Rating (GVWR) (officials, apparently, are referring to the GVWR number located on the truck’s door pillar placard). The 3.5 ton figure is supposed to apply to the payload/cargo capacity of the pickup truck, NOT to the GVWR, which, as we know, is an entirely different number (the GVWR includes both the payload and the weight of the truck). This gross misunderstanding and application of the law means that only half-ton pickup trucks with a GVWR less than 7,716 pounds are granted entry by these officials. Truck camper owners with one-ton and 3/4-ton trucks are being turned away at the aforementioned checkpoints. Furthermore, this restriction is supposed to apply to commercial vehicles only NOT to private vehicles.

What can be done? Avoid the aforementioned checkpoints. If you own a one-ton or 3/4-ton truck, we recommend that you obtain your permit online ahead of time rather than at the border. We also recommend that you bring a printout of the statute (in Spanish) with you in case you encounter any problems. Another solution to the problem is to have your truck camper rig reclassified as a motorhome here in the United States. Apparently, motorhomes are exempt from this new Mexican law. Unfortunately, having this done to your rig is a difficult, very lengthy process here in the U.S., but it might be worth the effort since motorhomes are granted a 10-year permit to freely enter and leave Mexico. If you are a frequent traveler to Mexico, this might be the way to go.

In the meantime, it’s hoped that the word gets out on the true application and intent of the law. As it stands right now, too many U.S. tourists with truck campers (and those with trucks towing travel trailers and fifth wheels) are being turned away at the border, leading to frustration and changed plans. This can’t be good for Mexico’s struggling economy. It’s in Mexico’s economic interest to get this issue straightened out as soon as possible.

A Big Hand For the Mexican Mainland

No Labels I am not an Overlander. At least I no longer use that shackle as a definition. As labels go, Overlander may already have passed its sell-by date. Overlanding’s Australian bush travel origins being [read more]