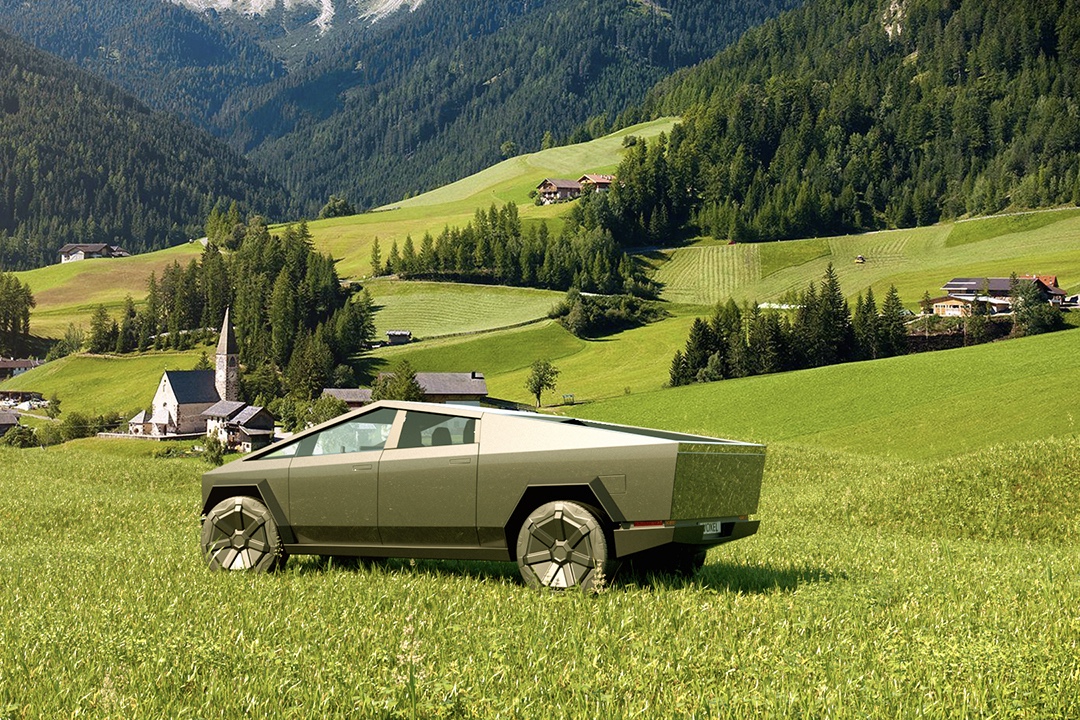 When it comes to the design of today’s truck camper, if you’ve seen one you’ve seen them all largely holds true. Not so for the soon-to-be launched CyberLandr by Texas-based newcomer Stream It. Built exclusively for the Tesla Cybertruck, this space-age truck camper is completely hidden, all-electric, and extendable. In fact, from a distance you can’t even tell that there’s a camper mounted on the truck until its popped-up. No, folks, this is not your grandpa’s truck camper. It’s not even close.

Demand for this revolutionary camper is already high. The CyberLandr has already garnered over 2,000 pre-orders with over $100 million in sales, according to Stream It.

As expected, construction of the CyberLandr will be unique. The design will feature three extendable levels of insulated, lightweight composite panels that are both strong and lightweight. The interior of the camper will consist of two rooms: a wet bath and a multipurpose living area. Features include a kitchen with a porcelain countertop, a small DC compressor refrigerator, a dry-flush toilet, a heated floor, a recirculating shower, two pivoting dinette tables, an ultra HD smart TV, and a collapsible, queen-size bed. 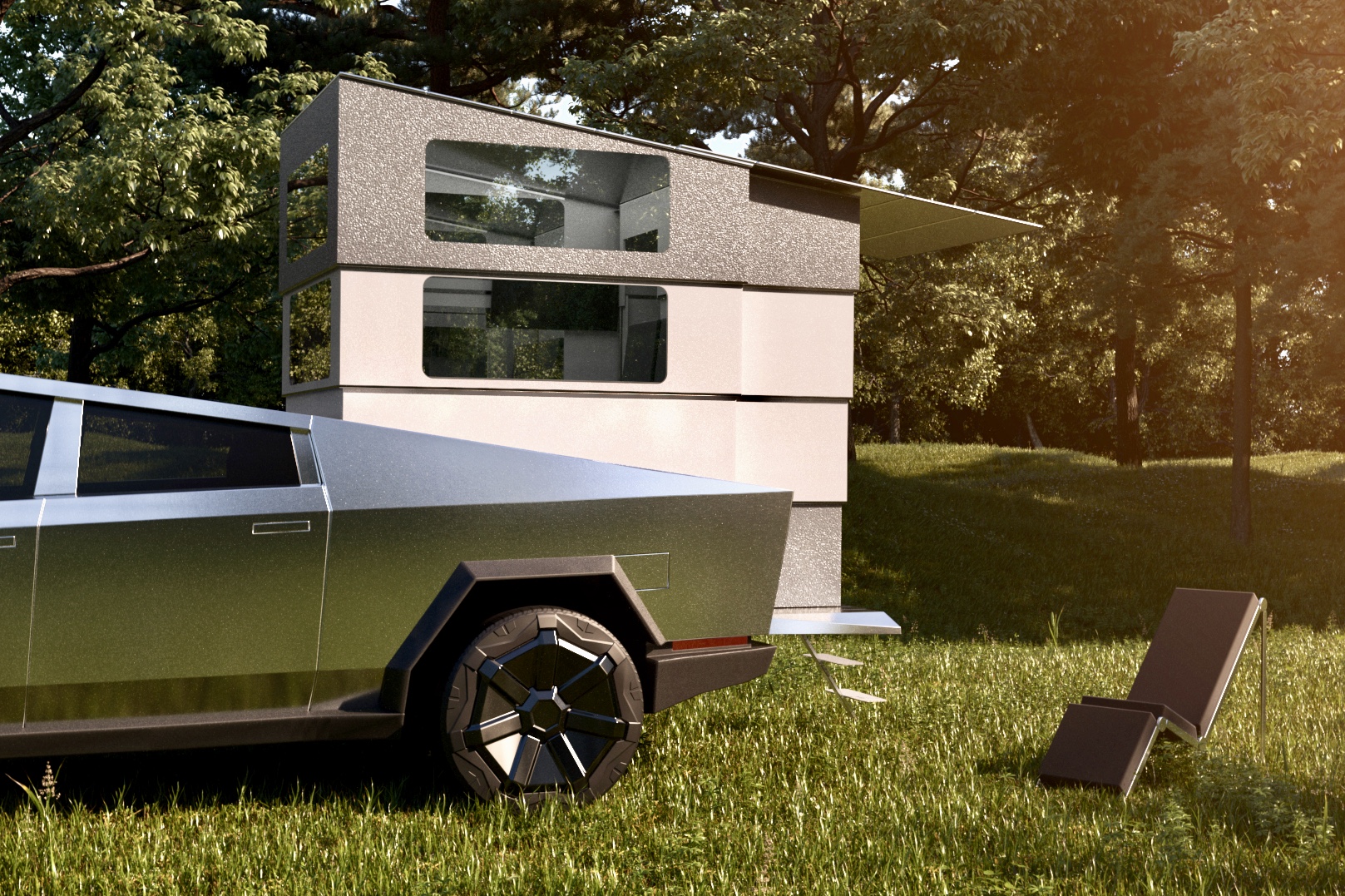 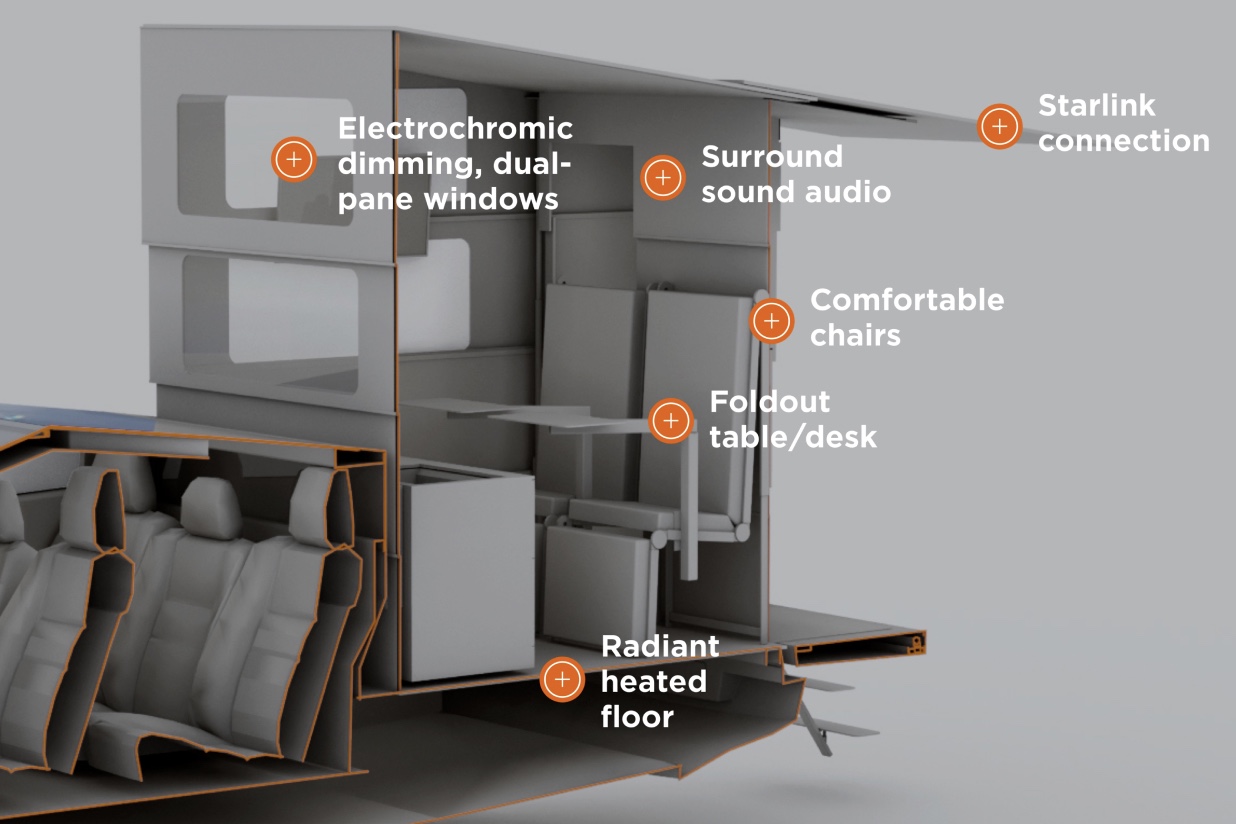 The company claims that the 1,200-pound, non-cabover camper can be extended and ready for use in under two minutes by using a smartphone app. The height of the camper when fully extended is expected to be around 11 feet.

“Our entire team is super excited to share CyberLandr with the world,” explained Stream It CEO, Lance King. “Finally, we will be able to take a kitchen, living room, bedroom, bathroom and office with us everywhere and anywhere we go. We will be able to take our mobile tiny home through a drive-thru, an automatic car wash, into the mall parking garage, as well as back country trails. More importantly, because it is always available our customers are telling us they plan to use it seven times more than they would a traditional RV, including at youth sporting events, tailgate parties, a picnic at the park, a shower after a day at the lake/beach, and much more.”

Exterior features of the CyberLandr include an extendable compact design that can be parked practically anywhere, including in a home garage. The camper will feature dual pane windows, a retractable 500 watt solar power system, a Tambour-style exterior sliding door, high-speed satellite internet for home/office use, and surround-sound audio. An optional dolly system will allow the camper to be installed and moved. Details on the dolly system, however, are lacking with the system still in development. 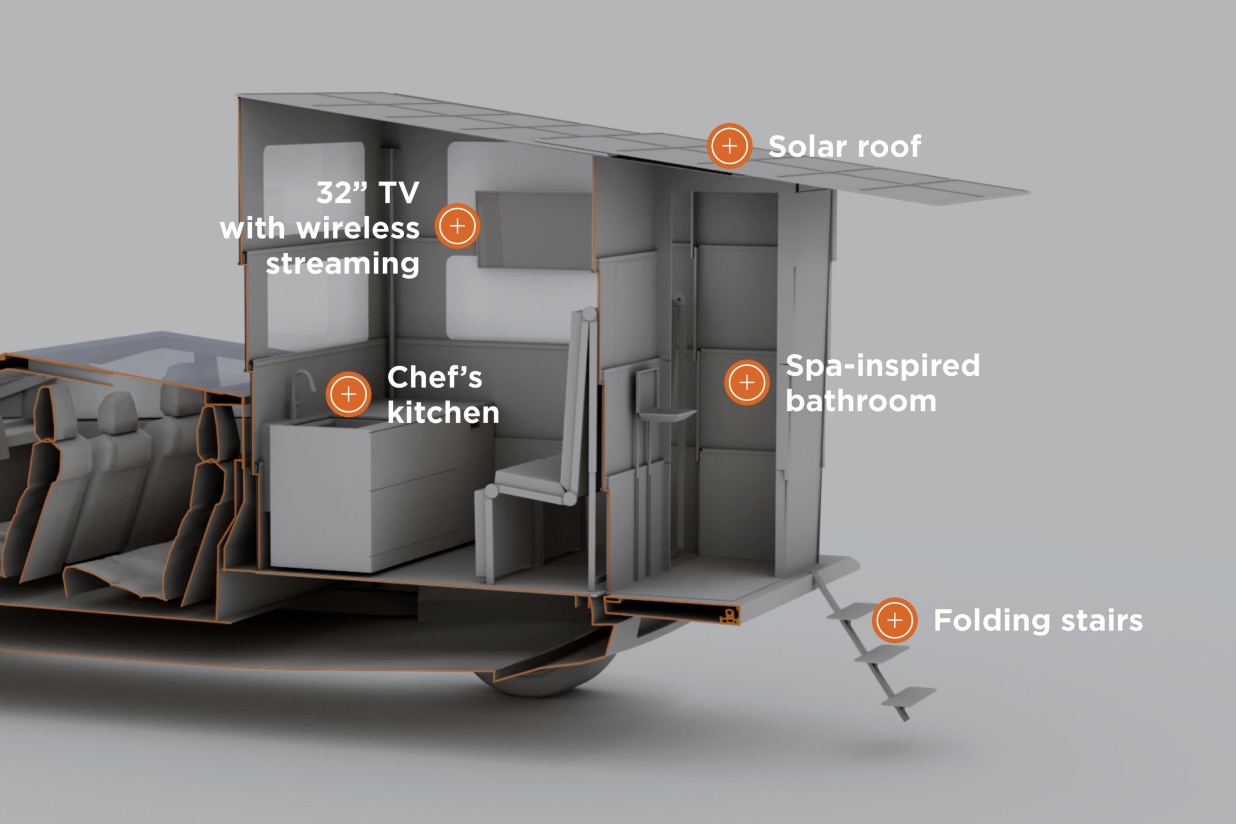 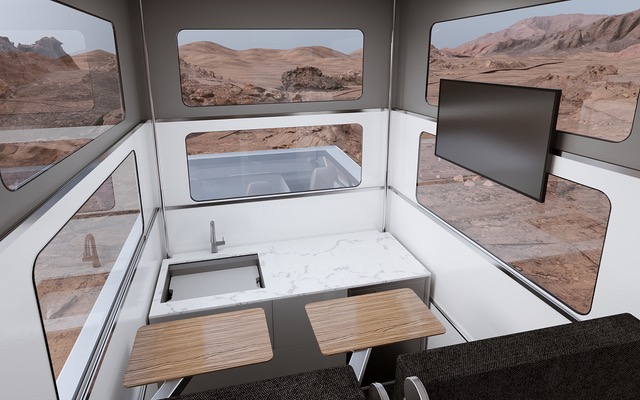 Leveraging the Cybertruck’s massive battery system, CyberLandr will be 100 percent electric. The truck camper will run exclusively using the truck’s 100 to 150 kilowatt-hour battery system using 110 volt and 220 volt inverters provided by the truck. Going this route makes sense since the camper will be able to leverage the Cybertruck’s massive battery system without adding any additional weight or loss of storage space inside the camper. Cooking will be accomplished using two induction cooktops.

CyberLandr’s plumbing system will feature several innovations as well. The camper will come with a virtual 40 gallon fresh water holding tank and a virtual 20 grey waste water holding tank, plus a recirculating shower. The recirculating system recycles the water from the shower and passes it through a four stage filter that includes UV light sanitization. The dry-flush toilet operates electrically similar to the imported Wrappon. The toilet has a long disposable bag and each flush twists and seals the bag to isolate the waste. Each bag is good for 12-15 flushes. Simply lift the lid to find the flushing bag inside a large garbage liner. Each bag is disposed of like a diaper.

According to King, the company is currently working on CyberLandr prototypes and still hasn’t rolled out a production model yet. With promises to deliver these alongside the Tesla Cybertruck in late 2022, the company has a little more time to get everything right.

“We think the world is ready for a re-invention of the RV that is thoroughly modern and dramatically reduces the compromises and maintenance of traditional RVs. For example, by disappearing it is not only less conspicuous but also much more aerodynamic so there is a minimal effect on range and much lower operating costs. The combination of Cybertruck and CyberLandr means you can enjoy the journey as much as the destination because together they provide an improved driving experience compared to a traditional RV or van, with better maneuverability, visibility, and drivability. And with electric propulsion, now we can enjoy Mother Nature more while treading more lightly upon her,” King said.

It will be interesting to see how the CyberLandr prototype turns out. Will it be a hit or miss? We can’t wait to see. The big hold-up now is a truck to mount it on. 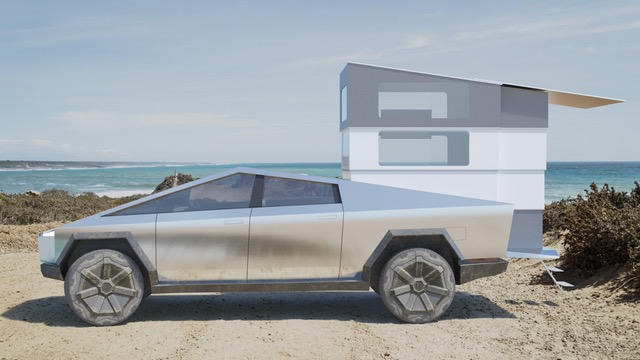 In the Spotlight: The Unimog U500 and Phoenix Flatbed Pop-Up

This is the second in a series of “in the spotlight” articles that profiles a head-turning truck and truck camper combo. In this article, Truck Camper Adventure takes a look at an unconventional yet extremely [read more]