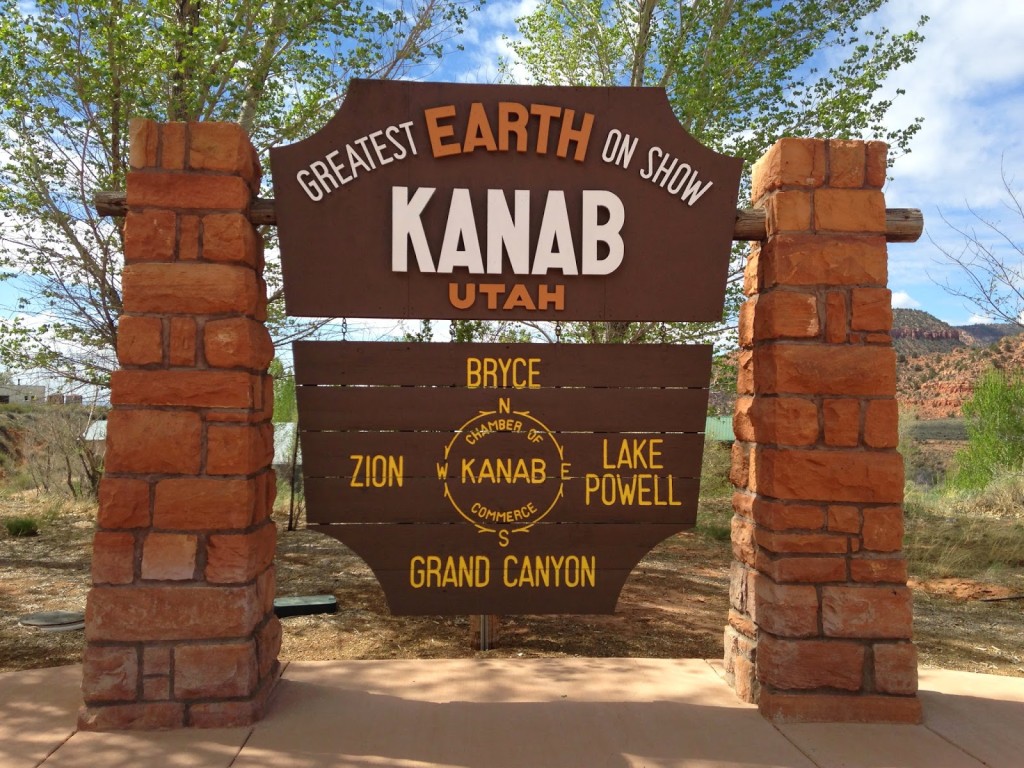 Kanab, Utah is one of my favorite towns in the American Southwest. Located just a few miles north of the Arizona state line, the population numbers only 4,000, which gives Kanab a small-town, “Mayberry RFD,” feel. Unlike Andy Griffith’s hometown, however, Kanab sits in red rock country and is nearly surrounded by multi-colored cliffs of limestone and sandstone. It also lies within the so-called “Grand Circle,” where you can find the nearby attractions of Bryce Canyon National Park, the Grand Canyon (North Rim), Zion National Park, and Lake Powell. In Kanab itself you can find the largest wildlife animal sanctuary in the country, the Best Friends Animal Society.

We are currently on a combined business and vacation trip in Utah. Last night we decided to stop and boondock on public land a little north of town on BLM 106, a partially paved and gravel covered road that roughly runs parallel with Highway 89. This location, which is administered by the Kanab BLM Field Office, is just a few miles north of the Moqui Cave and a few miles east of the Coral Pink Sand Dunes State Park. The road is hard to find and is best done by locating the Peakaboo Trailhead so be on the lookout for signs to that trailhead. The area along BLM 106 is very quiet, though windy at times, and incredibly picturesque. At our campsite at 6,000 ft we are parked on a carpet of coral pink sand and surrounded by a forest of pinyon pines. There were only three other RVs that boondocked here last night and the closest one was more than two miles away.

For those who need phone and Internet access, like myself, you can get anywhere between 2 to 4 bars of cell service through AT&T in this area. Temperatures ranged from a low of 40 to a high of 67, not too bad for early April. So if you’re passing through Kanab and need a place stay for a night or two, or even a week, this area might be worth checking out.

WE HAVE A FEW OPENINGS. CONTACT US IMMEDIATELY! Due to a few late cancellations, we have a few openings to attend our “Boondocking in the Desert Rally.” This free, inaugural rally will be held at [read more]

Along with the Grand Canyon, Sedona is one of Arizona’s most popular tourist attractions. The reason lies with Sedona’s towering buttes, canyons, and spires. Simply put, there are few places in the American west more [read more]