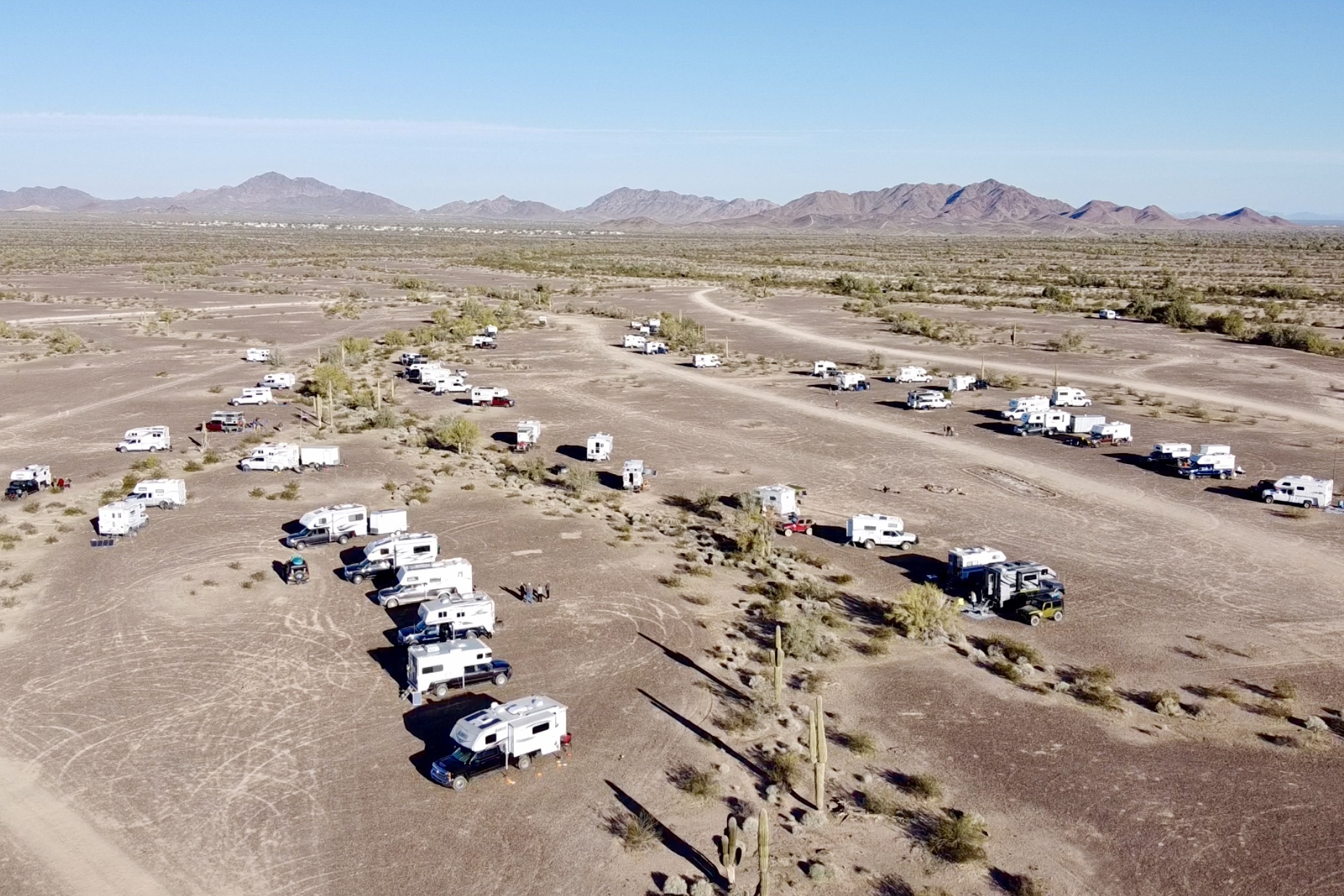 Truck Camper Adventure held its very first rally in Quartzsite, Arizona, on February 7-9, 2020. A total of 98 people from 21 states, the Netherlands, and Canada attended the big, three-day event, which consisted of activities and classes with a two-day, overland road trip on the Bradshaw Trail. The rally drew 55 campers of all makes, including a good mix of hard-side campers and pop-ups. Lance Campers topped out the list with a total of 14 truck campers with a tie for second place going to Northstar and Northwood Manufacturing (Arctic Fox) with nine campers apiece. The TCA rally included a number of activities. The itinerary included classes, dessert and potluck dinners, a chili cookoff, a large raffle, campfire socials, and an open house to tour campers.

A special thanks goes out to Alex and Julie Blasingame, both of whom helped photograph the event, Jared Sund of StableCamper, who provided invaluable drone footage of the rally, and Thom Price, who also contributed some excellent photographs. This is Truck Camper Adventure’s official video of the event.

The Marines I worked with back in the day had a saying that I will never forget: Sempre Gumby, which translated means Always Flexible. After our special group permit on the El Camino Del Diablo [read more]

Truck Camper Adventure will be holding it’s first ever truck camper rally near Quartzsite, Arizona, February 7-9, 2020. The event will be held at the Roadrunner Wash BLM area (signs identifying the specific location will [read more]

Truck Camper Adventure’s inaugural “Boondocking in the Desert” truck camper rally, held February 7-9 in Quartzsite, Arizona, was by all accounts a big success. A total of 98 people from 21 states, the Netherlands, and [read more]