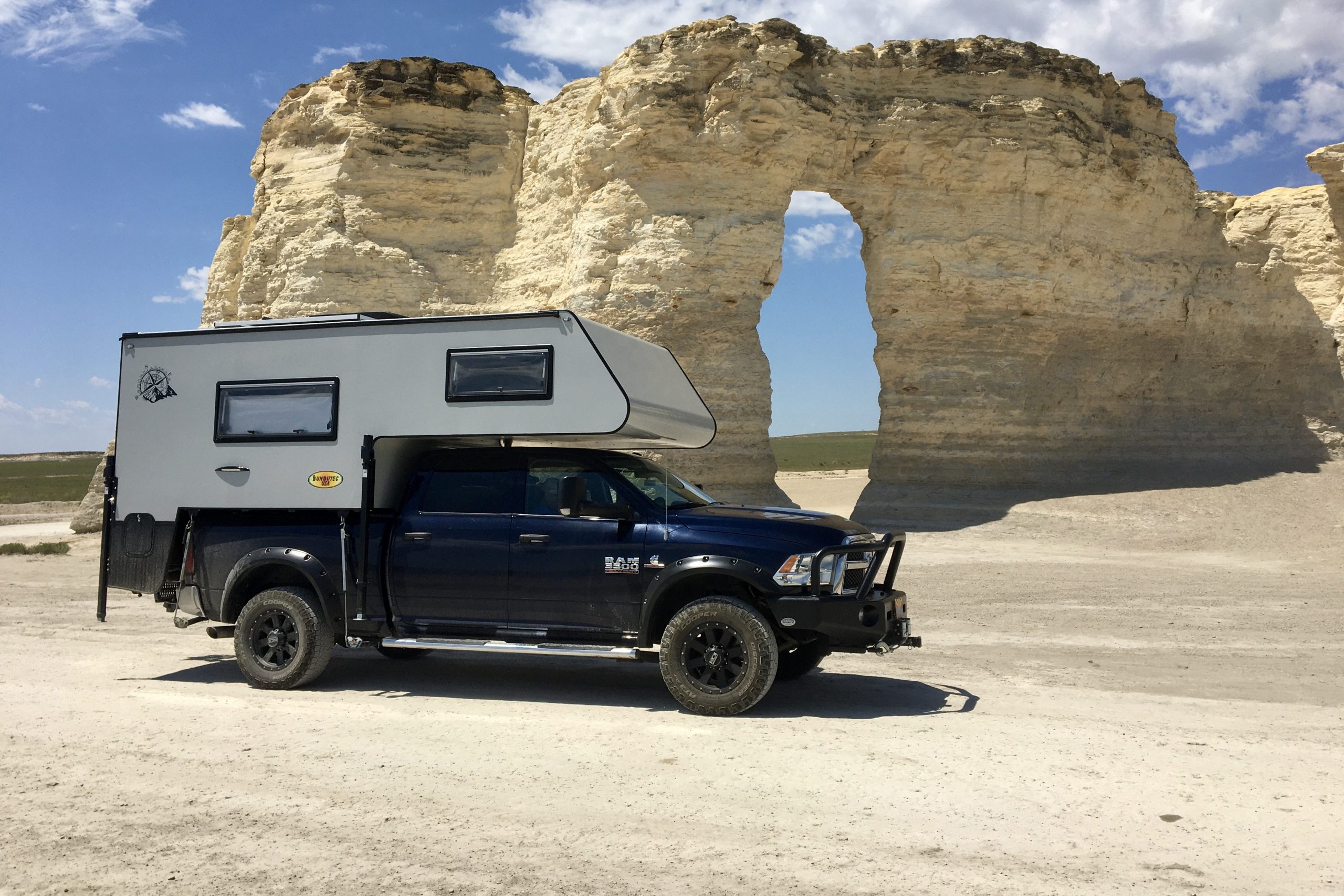 BundutecUSA, quality maker of truck campers, portable trailers and roof-top tents, just released a new hard-side truck camper called the Roadrunner. With a dry weight of only 2,450 pounds, the camper is a perfect match for today’s one-ton truck, yet is loaded with the amenities and creature comforts most adventurers are looking for in today’s slide-in truck camper.

The Roadrunner’s 8-foot 7-inch floorplan features a refrigerator, kitchen and wardrobe on the driver side and a bathroom and dinette on the passenger side. Unlike campers of a comparable size and layout, however, the Roadrunner features significant upgrades including a larger bathroom, more storage, a taller cabover, the Truma Combi Eco Plus water heater-furnace, lithium ion (LiFePO4) batteries, a Xantrex 3,000 watt inverter, a volt meter, and a True Induction Dual Cooktop. All of these improvements make the Roadrunner an overlander’s dream.

“I think we designed a really good camper,” explained Rory Willet, owner of Iowa-based BundutecUSA and designer of the new Roadrunner. “More and more people are looking for a camper like the Roadrunner and going to it. I’m seeing more and more people asking for bigger battery banks, more solar, and things like that. I guess we’re getting the people who are past the motorhomes and fifth wheels stage and are finding out just how convenient it is to have a truck camper. They still want the comforts, but they want to get far off the beaten path too.” 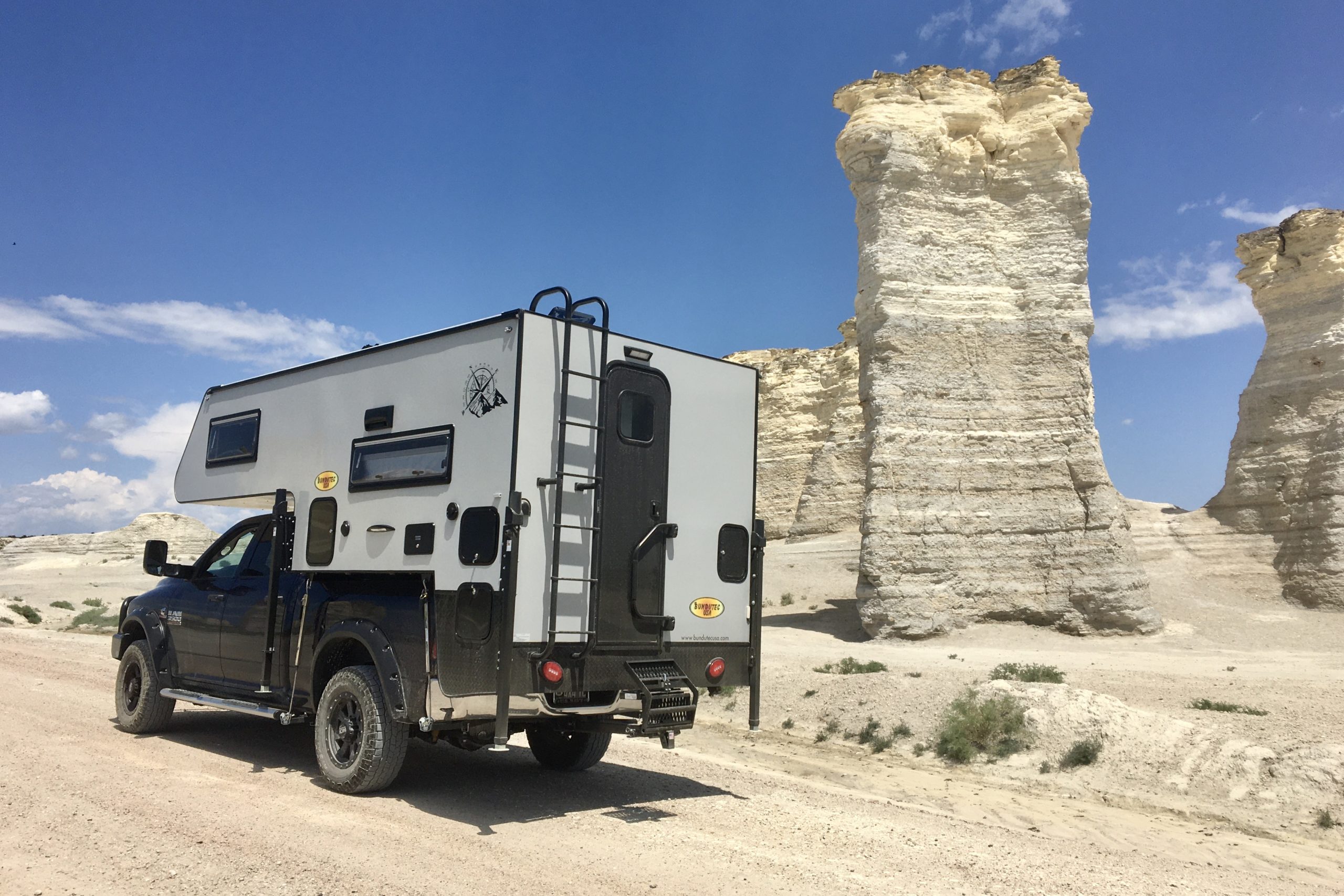 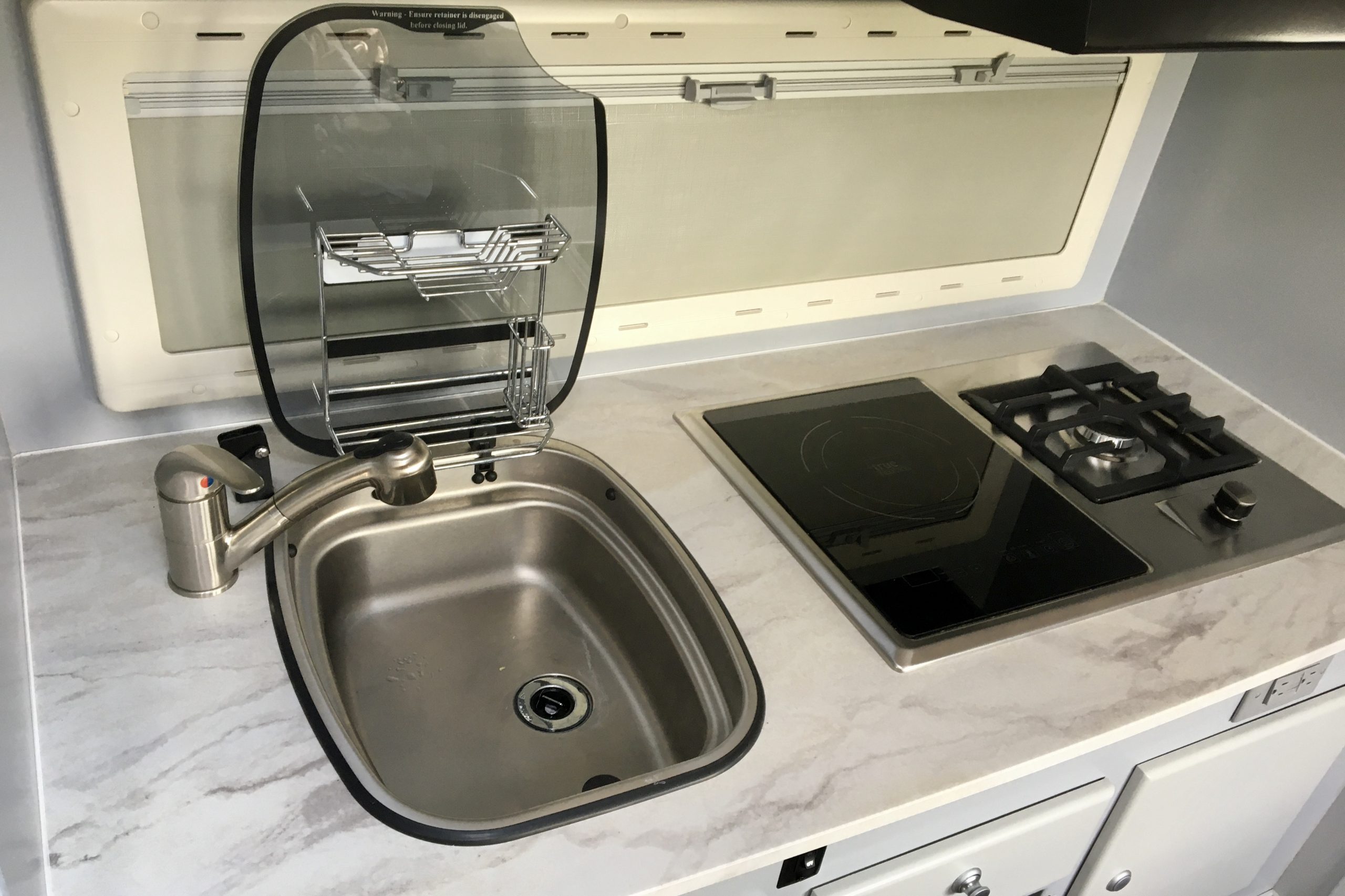 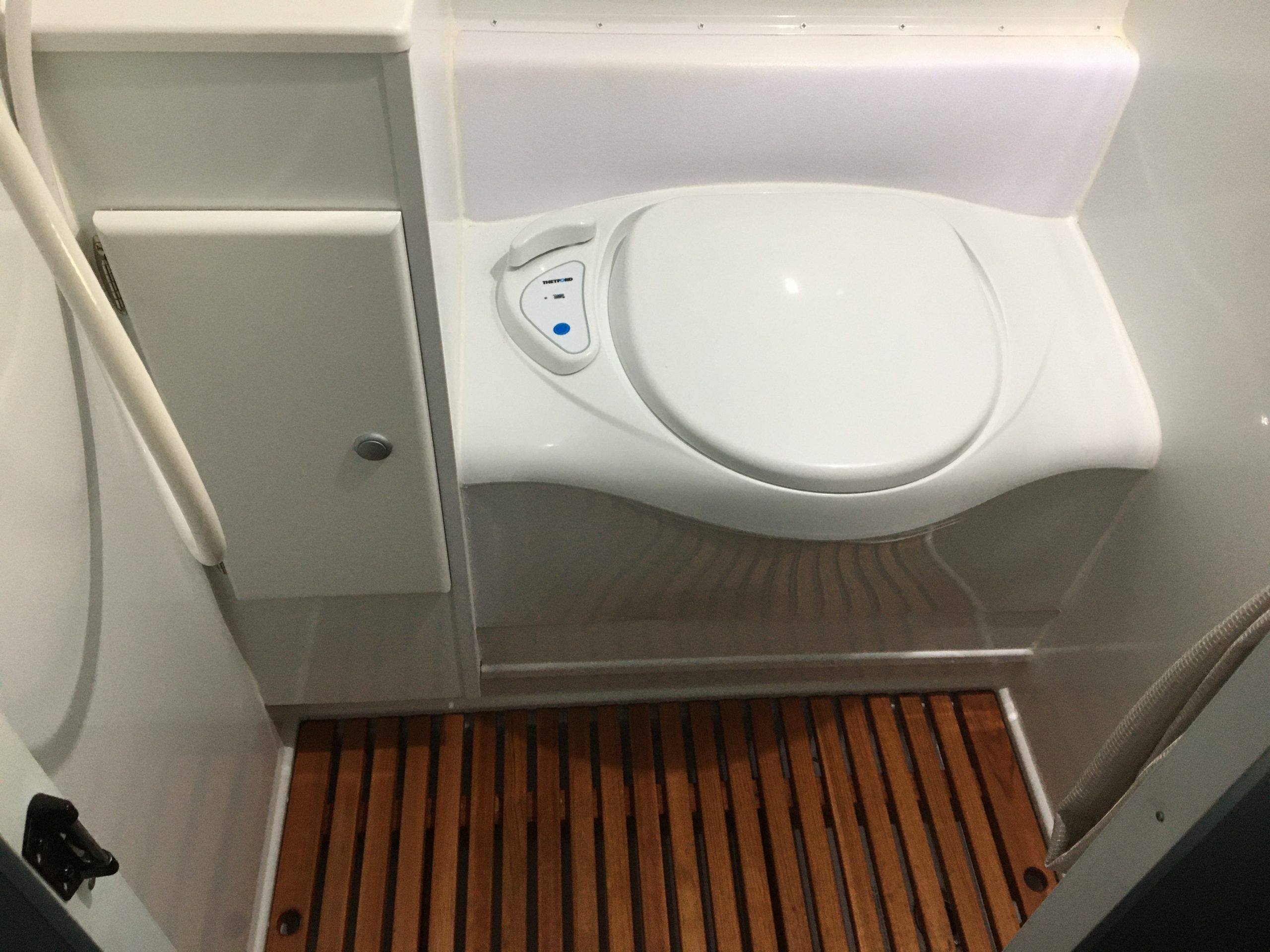 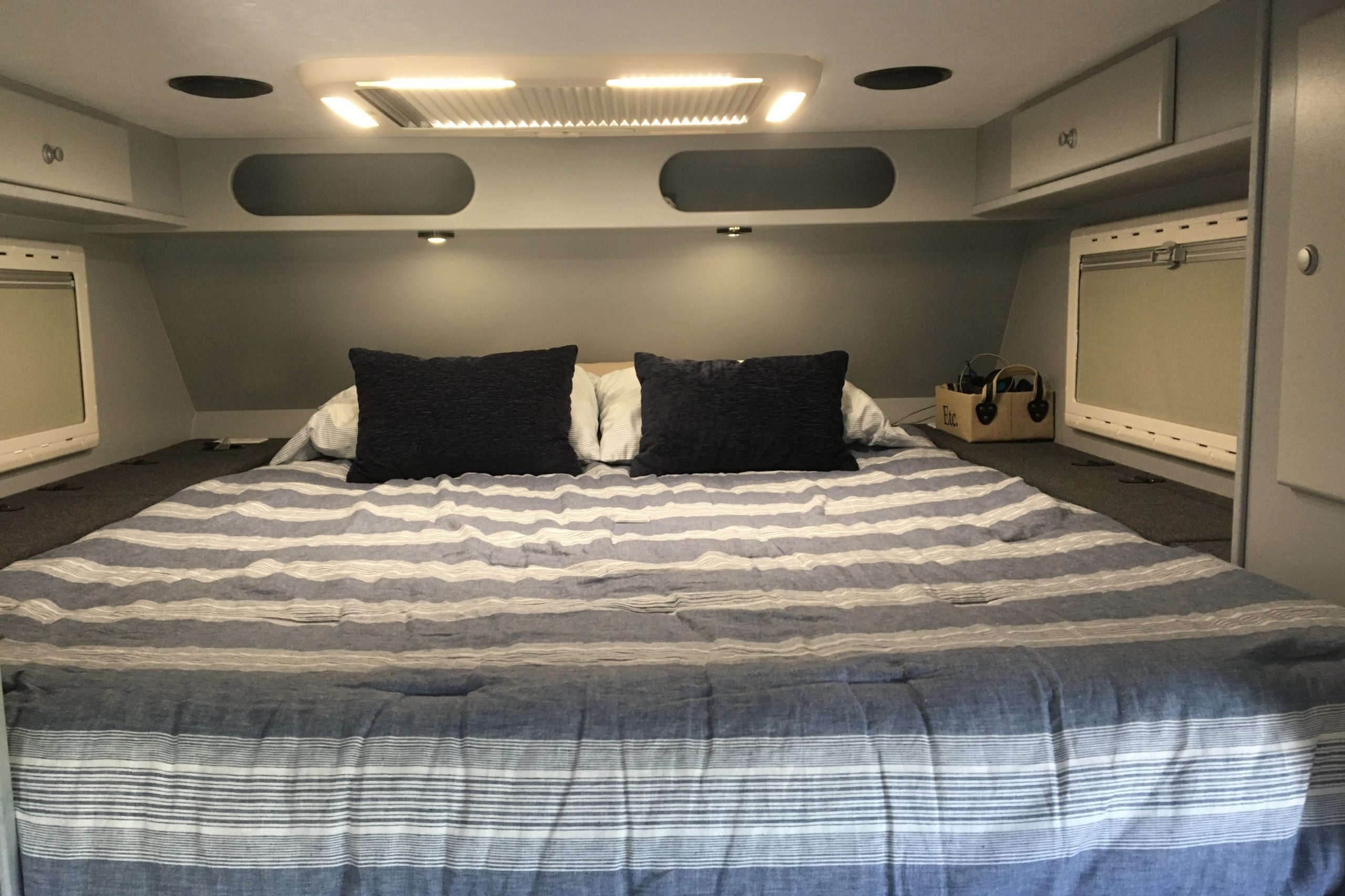 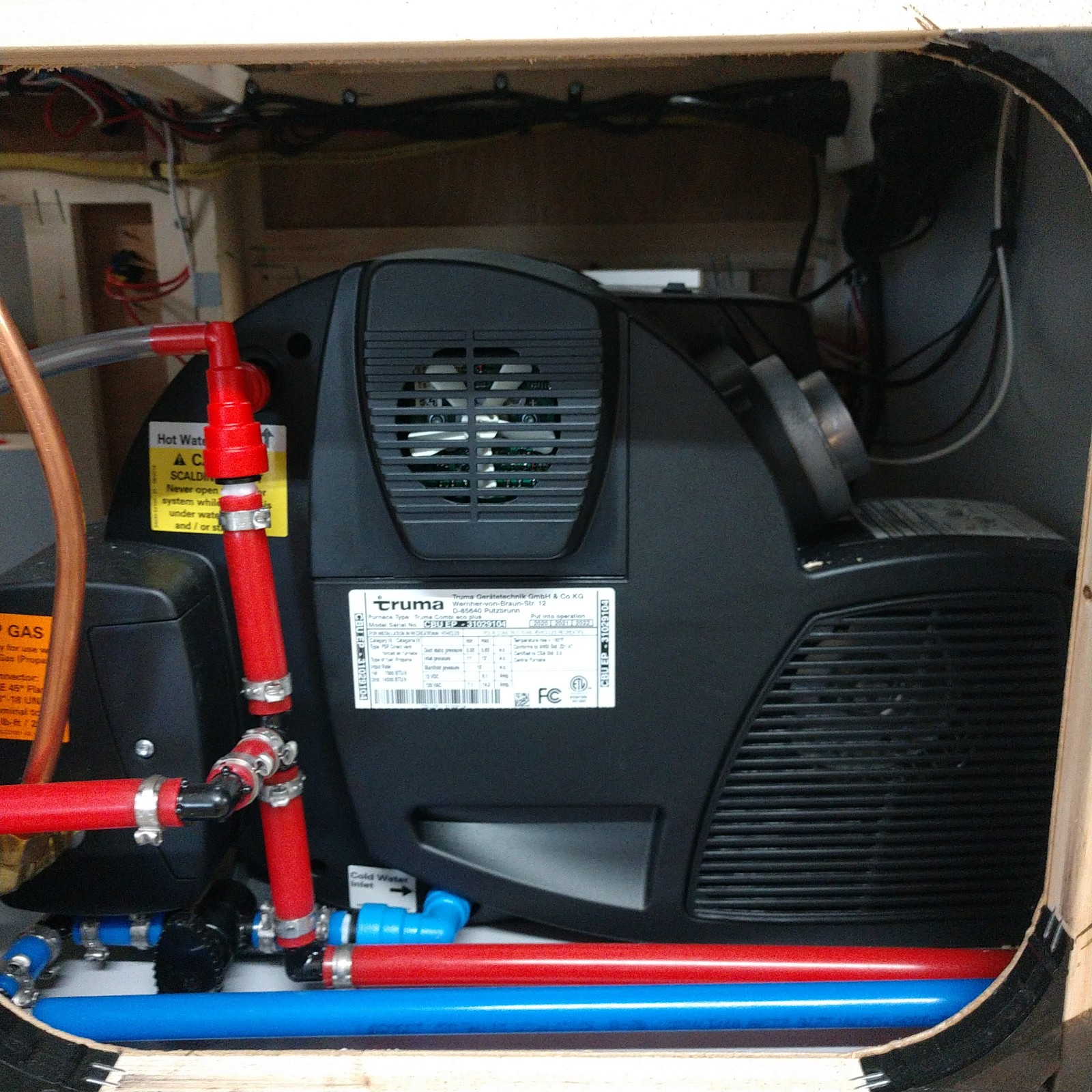 In the executive Roadrunner build for Truck Camper Adventure, BundutecUSA implemented lithium ion battery (LiFePO4) technology to take advantage of the battery’s inherent strengths for off-grid operation. These upgrades include lithium ion (LiFePO4) batteries, a lithium capable Zamp solar charge controller, a Progressive Dynamics lithium capable converter-charger, and a Cyrix DC-DC charger for the truck’s alternator charge line. The 90 percent usable capacity of lithium ion batteries made other upgrades to the camper possible like adding a Xantrex 3,000 watt inverter with a transfer relay and a 1,600 watt True Induction Dual Cooktop. While these were specific upgrades in the executive model they can be adapted into any of the BundutecUSA builds upon request.

“Overall, we’re thrilled with our new Roadrunner, said Mello Mike of Truck Camper Adventure.”  The camper is a winner, a bonafide keeper, and probably the last camper we’ll ever own. The Roadrunner offers everything we ever wanted in a camper with the ability to go to remote locations where few tread. Sure, there are larger, more spacious campers out there, but we are strong advocates in traveling light with a 4×4 SRW truck. We’re also strong advocates of getting out there without having to take out a second mortgage to pay for it.”

“We put more time and effort into each truck camper. We aren’t a big company. We have only six people, which means we can customize and put more time into each build. We actually welcome input and advice from customers and how we can improve our product. It’s the back and forth and networking that you get with people that have had a Lance and had a Four Wheel Camper that helps us improve our campers. We listen to our customers. Sometimes we make the change specifically for the next build, but other times we actually incorporate it into the current camper. When people ask how we compare to other truck camper companies, we don’t compare our product to them. We just do what we do. Other companies make great products too, but we like to be different,” Willett said.

The brand-new Bundutec Roadrunner lists for $29,310. To learn more, visit the BundutecUSA website at www.bundutecusa.com. 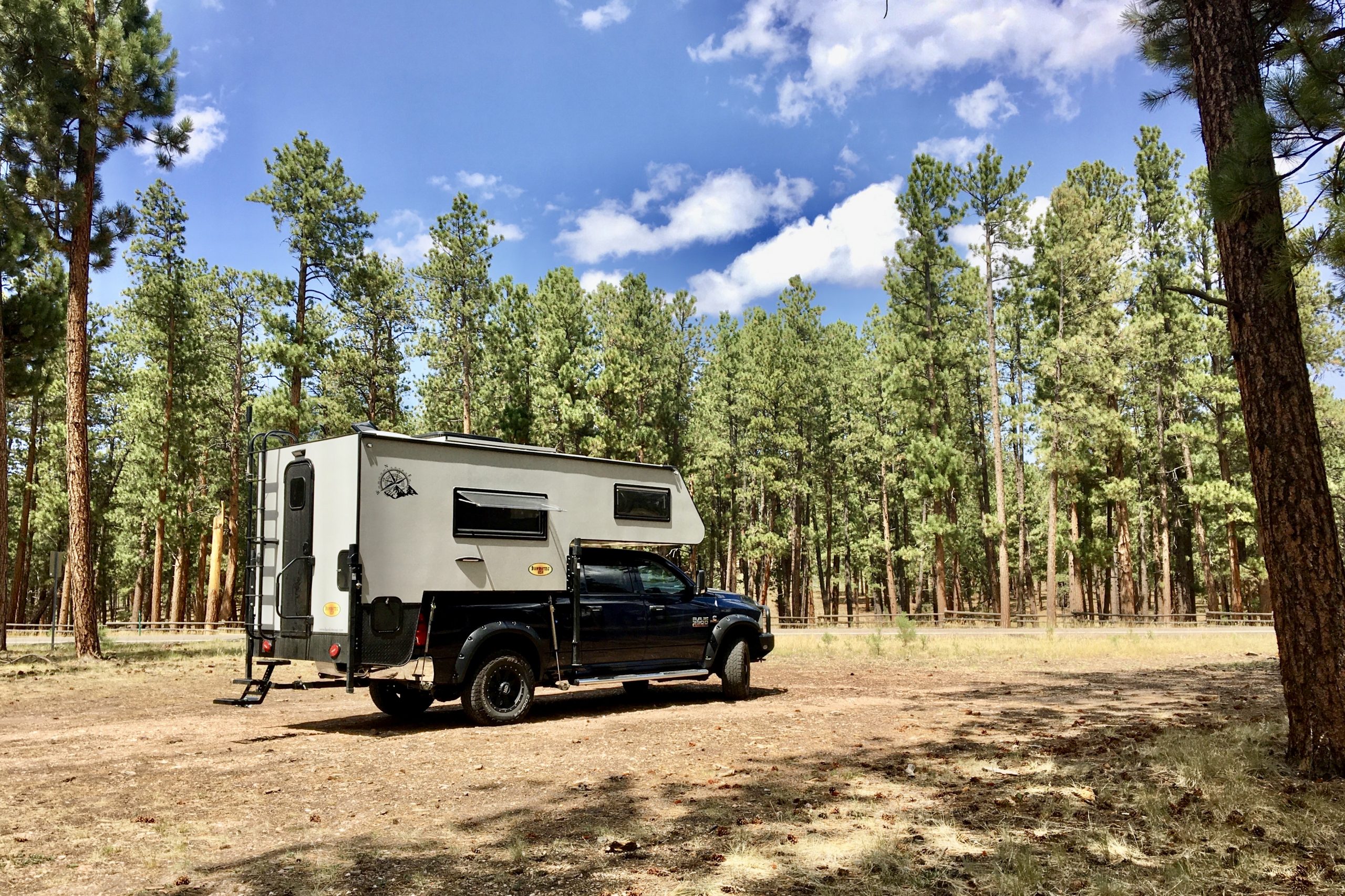 With all of the sun we get here in the southwestern U.S., it makes a lot of sense to go solar to maintain and recharge your RV’s batteries. Yet, one of the biggest complaints I [read more]

The latest Torklift International truck camper tie down fitments for 2017 trucks are coming out now with more being added weekly. Ford and Dodge applications are the most recently released tie down parts. There are [read more]