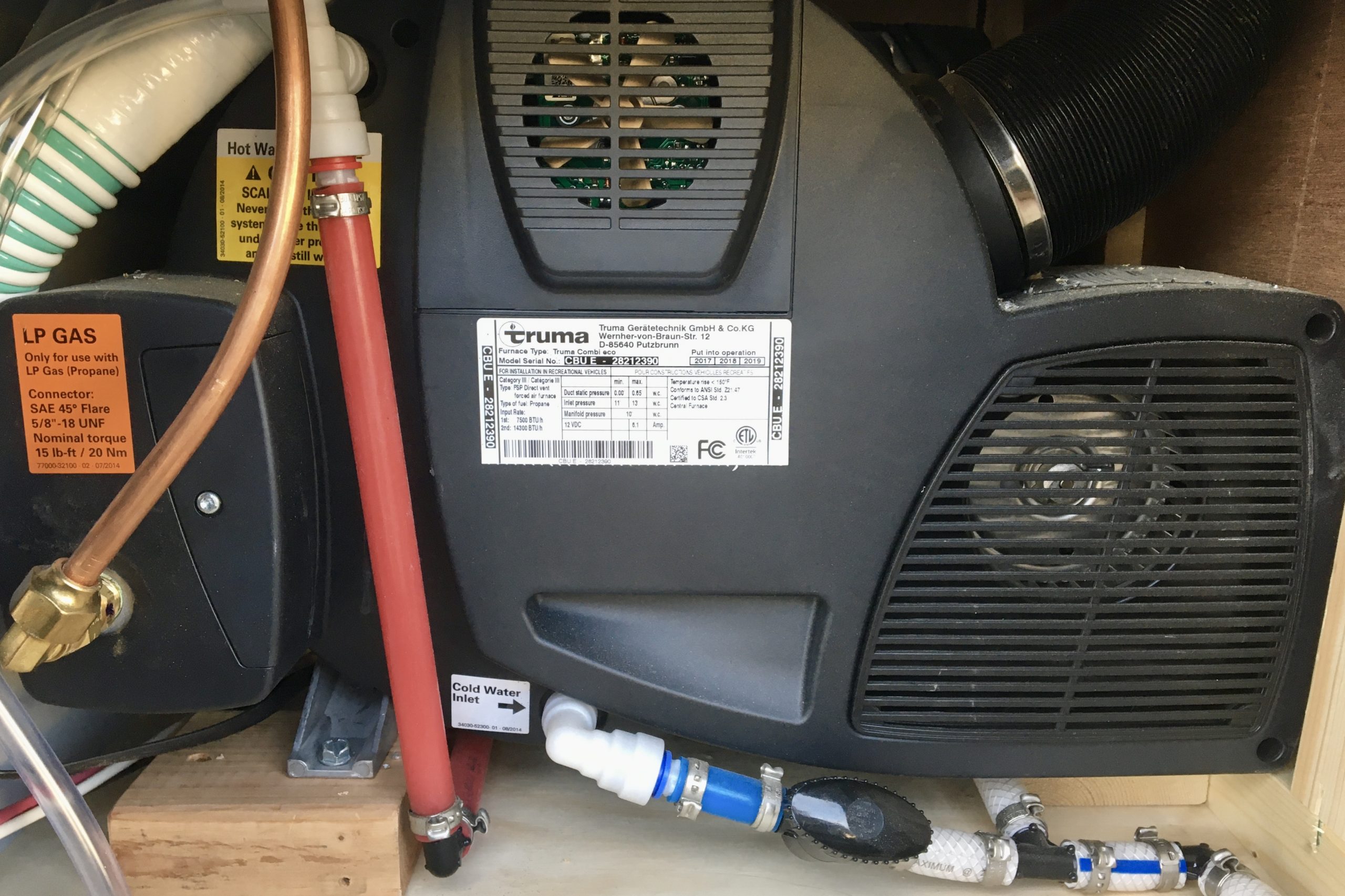 While technology and the sciences continue to advance at a rapid pace, the same can’t be said for the technological advancements in the American RV industry. Indeed, with the exception of the slide-out and the Toy Hauler, advancements in the RV industry have been pretty much nil lately. If any breakthroughs have occurred, it’s been due to either European innovations—like the DC compressor refrigerator, Seitz window, and folding bathroom sink—or innovations outside the RV marketplace like the LED light, the lithium ion battery, and solar power.

Fortunately, our friends in Europe have kept the technology train moving by developing revolutionary products for the RV industry. The latest, and most significant advancement comes from Germany, the so-called Truma Combi. What’s great about this amazing little unit is that it functions as both a water heater and a furnace and does so with a 97 percent efficiency. There’s no doubt about it, the Truma Combi is an RV game-changer.

The benefits of the Truma Combi are numerous. First, the dual capable unit takes up half the space in your RV since only one appliance is needed rather than two. Small rigs, like truck campers, can really benefit from the smaller footprint so that the extra space can be utilized for storage or other goodies like an extra batteries. The other savings, of course, is in weight. The smallest offering by Truma—the Combi 4—weighs only 31 pounds. The combined weight of your typical American 30,000 BTU furnace and American 6 gallon water heater is 54 pounds (30 pounds of the furnace and 24 pounds for the water heater with an empty tank). That’s a pretty significant savings in weight, especially for truck campers when every pound matters. Moreover, the versatile Truma Combi Eco Plus can run either on propane (a diesel version is also available) or 110 volts AC power. The amp draw of the unit is quite low, too, with an average 12 volt power consumption of only 1.1 amps for air heating and 0.4 amps during the water heat-up cycle.

The Truma Combi offers additional benefits to the owner. The Combi 4 utilizes a two-burner flame, making it more efficient by providing two temperature settings (the larger, more capable Combi 6 provides a three burner flame for three temperature settings). Moreover, the unit is nearly silent when it operates—being awakened in the middle of the night by the roar of your furnace is a thing of the past. In addition, the heating elements of the Truma Combi are mounted outside the water tank not inside like the traditional water heater. If you’ve ever had to replace a corroded anode rod in a traditional water heater, you’ll really appreciate this feature. Not only that, but draining the 2.6 gallon water tank for winterizing is easier, too—all you have to do is flip a switch. Finally, the Combi has an easy-to-use control panel that makes operating the unit a breeze.

The Truma Combi is now being sold here in the USA with an office recently opening in Elkhart, Indiana. RV industry giant, Winnebago, has recently gotten onboard and is now offering the versatile, little unit in their Travato traveling van. Likewise Airstream is now installing them in their portable Basecamp models. Unfortunately, due to the $1,500 price tag, truck camper manufacturers have been slow to move. To my knowledge, only one truck camper company—BundutecUSA—currently offers the Truma Combi as an option with industry giant, Lance, reportedly to pull the trigger soon. Yes, the Truma Combi is expensive, but when you consider the amount of space and weight that it saves and how efficiently it operates, it makes a lot of sense to have one in your rig, especially if you do a lot of boondocking and overlanding. It’s time for truck camper manufacturers to get on board on what really is a no-brainer product and stop using antiquated 1960’s technology.

Lance Camper just announced the release of its Live. Lance. Life. brand podcast. The audio is recorded, produced and hosted by Bob Rogers and Jim Waters of the Lance marketing team and is slated to [read more]

When it comes to camping, my wife and three boys have just about done it all. We’ve had a travel trailer and a Class C RV. We’ve owned and used several different types of tents [read more]