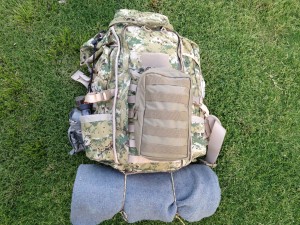 Without a doubt, the Bug Out Bag is one of the most important items on your emergency preparedness checklist. Indeed, a well-stocked Bug Out Bag can mean the difference between life and death during a disaster or crisis when an emergency evacuation or “bug out” of your home is necessary. With the apparent increase of these threats, the Bug Out Bag, or BOB for short, has become one of the most popular topics on survival and preparedness forums and websites, including on YouTube where you can find a host of video tutorials.

At this point you may be wondering, “what is a Bug Out Bag?” A Bug Out Bag is simply an emergency survival kit designed to sustain a person for at least 72 hours. Most Preppers pack their kits in backpacks, but some pack them in small suitcases, totes, duffel bags, small chests, and even in five-gallon buckets. You’ll come across numerous names for this kit, the most common being 72 Hour Kit, E-Bag, Go Bag, and Get Out of Dodge Bag, but they all have the same basic purpose. Preppers usually build their Bug Out Bags to sustain themselves for 72 hours, but any Bug Out Bag worth its salt should also have items in it to sustain a person for an indefinite period of time. The length and severity of disasters and crisis situations vary and for this reason you should be prepared for the worst.

If you’re new to Prepping the thought of building your first Bug Out Bag may at first seem overwhelming, but it really shouldn’t. All you need is a little guidance (like you’ll find in this and other articles), a little survival knowledge (like the survival Rule Of Three outlined below), and a look at the threats that can trigger an emergency evacuation in your area. When working on your Bug Out Bag, you’ll quickly realize that the space in your backpack is limited and that you can’t pack every cool thing you come across in stores and on the Internet. One rule to help focus your efforts is the survival Rule of Three: you cannot survive more than three minutes without air, three hours without shelter, three days without water, and three weeks without food. Always keep this rule in mind when devising your evacuation plan and when deciding which items to pack in your bag.

Now, let’s take a look at the top 10 items that should be in every Bug Out Bag:

Shelter is critical for survival and some form of it should be in every Bug Out Bag. Preppers typically construct their shelters using a single 9×12 foot tarp because they are lighter, smaller, and more versatile then a tent. If you go this route, you’ll need at least six aluminum tent stakes and a roll of 550 Paracord to suspend the tarp, though a stick or trekking pole on one end works great, too (see pic to the left). Don’t forget about some kind of ground cover to keep you dry and insulated from the ground. If all of this sounds complicated to you, then a small tent will do, but will also add more bulk and weight to your bag. Finally, you’ll need an emergency blanket, bivy sack, or sleeping bag to keep you warm on cold nights. If you decide to buy a sleeping bag or bivy sack, make sure that its rated for the coldest temperature in your area. 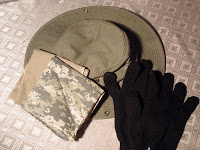 Shelter and clothing work together in protecting you from the elements. You’ll need to tailor your clothing needs based upon the climate and season of the year, but at a minimum you’ll want to have at least one change of clothes in your bag. Here are some items I recommend: one rain poncho, two bandanas (these have many uses), one pair of sturdy boots or shoes, one pair of socks, an extra change of underwear, one pair of convertible pants (the zippered kind that converts into shorts), one shirt, one jacket (Patagonia’s Nano Puff is a personal favorite and collapses down into a small pouch for storage), one pair of gloves, and one hat. Use common sense when assembling clothing items for your bag and pack only those items that you need for three days; otherwise, you’ll need to bring along a suitcase. 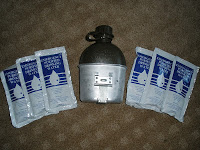 Water is absolutely vital as you can only live three days without it. The minimum required for survival is one liter per day, but one gallon a day is better, especially in warmer climates. You’ll want to have several containers or dispensers to hold and collect water, including hydration kits or camelpacks, canteens, and collapsible water bags. Just as important, you’ll need some kind of way to purify any water you get after your initial supply is gone. I prefer portable micro filtration systems like those made by Berkefeld and Kayadyn, though they are a little spendy and take up space. The cheapest, most portable option are chlorine and iodine tablets, though small amounts of bleach or boiling (see cook set below) works well, too. 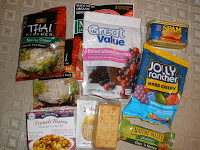 Food is another critical item in a survival situation, but you don’t need to pack three square meals a day to keep yourself alive. All you really need are small, calorie packing food items to keep your body fueled. I like to pack energy and granola bars, instant soups, oatmeal packs, tuna salad packs, and crackers as well as small cans of baked beans, sardines, peanut butter packs, Cliff bars, hot cocoa, Spam, and vitamins. This is probably a bit more than some Preppers, who pack only energy bars, but I like a little variety and protein in my meals. I also like to vacuum seal my meal kits as they last longer and take up less space. 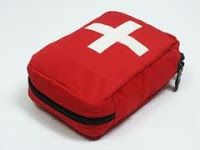 Most of the first aid kits I’ve seen in stores look nice, but are often over priced, over sized, and incomplete. You can build your own first aid kit for a lot less money than the store bought ones and you can put the things in it that you really need. If you go this route, you’ll want to have the following items: gauze, bandages, butterfly sutures, anti-biotic ointment, antibiotics, burn cream, Ibuprofen and aspirin, an antihistamine, tweezers, scissors, a roll of surgical tape, disposable gloves, sunblock, bug repellent, sterile needles, alcohol wipes, super glue (for sealing cuts), and a roll of fishing line for an emergency suture. 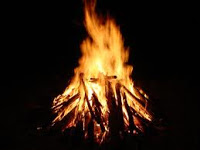 The ability to make fire ranks near the top when it comes to survival. Fire can keep you warm on cold nights, cook your food, purify your water, dry your clothes, and provide you with a decent distress signal if you ever need it. At a minimum, I recommend that your fire starter kit have at least three different methods to create fire. My kit includes two boxes of storm proof matches, a magnesium fire scraper, and a small lighter. My kit also includes a small bag of laundry lint for tinder (cotton balls work great for this, too) as well as a small tube of petroleum jelly as an accelerant. 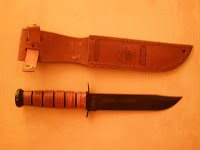 A good survival knife is one of the most versatile and important items in your Bug Out Bag. You can use it for chopping, skinning, meal prep, and self defense. I recommend a smooth bladed survival knife rather than a serrated one because they are easier to sharpen. You’ll also want a knife that has a full tang for maximum strength and a solid handle (avoid survival knives with hollow storage handles as they have a tendency to break under extreme use). I also recommend that you get a knife with a blade between six and nine inches long and around 3/16 of an inch thick. You’ll also want a good quality leather sheath with a belt loop and lanyard to house and protect your knife and the contents in your bag when not in use. 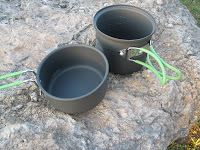 A quality cook set for meal prep is also important for survival. Not only can it cook your food, but it can also purify your drinking water. At a bare minimum, you’ll want to have a canteen cup or small pot as well as a small stove and a fuel source though the latter two items aren’t absolutely necessary. Due to their small size, I like to use sterno cans (one can fits perfectly in my cook set) for my fuel source as well as a small sterno stove, which folds flat with a width of less than an inch. And don’t forget about an eating utensil and a mess kit (though many cook sets work well in this capacity as well). 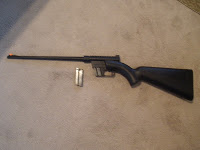 In a survival situation you may need a weapon to not only defend yourself and your supplies, but also to hunt wild game. A firearm is probably the best option, though a crossbow can also be quite lethal. The firearm choices are too numerous to list here and I really don’t want to get into a debate on which caliber of firearm is better than others, but I will recommend that you pack both a small pistol and a survival rifle of the same caliber (this way you’ll only need to carry one caliber of ammo in your bag). In addition to my firearms, I keep 100 rounds in my bag as well as a small gun cleaning kit. 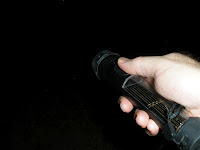 Some Preppers don’t think of lighting when assembling items for their Bug Out Bags, but you really can’t live without it, especially if you’re on the move at night. Your bag should have at least two different sources of light to get you by. I like to pack one solar powered LED flashlight as well as three glow sticks, one for each day. If you haven’t thought of glow sticks you really should as they have numerous uses, including distress signalling. As for other types of lighting, avoid packing those that are battery powered as they are worthless after the batteries run out, and in a crisis situation batteries will be one of the first things that flies off store shelves.

It’s pretty evident from watching the news that far too many Americans rely on the government when a crisis or a natural disaster occurs. If the Hurricane Katrina disaster of 2005 taught us anything, is [read more]

When it comes to survival, it’s important to know the Rule of Threes—you can live three weeks without food, but you can only live three days without water. We keep an emergency supply of food, [read more]