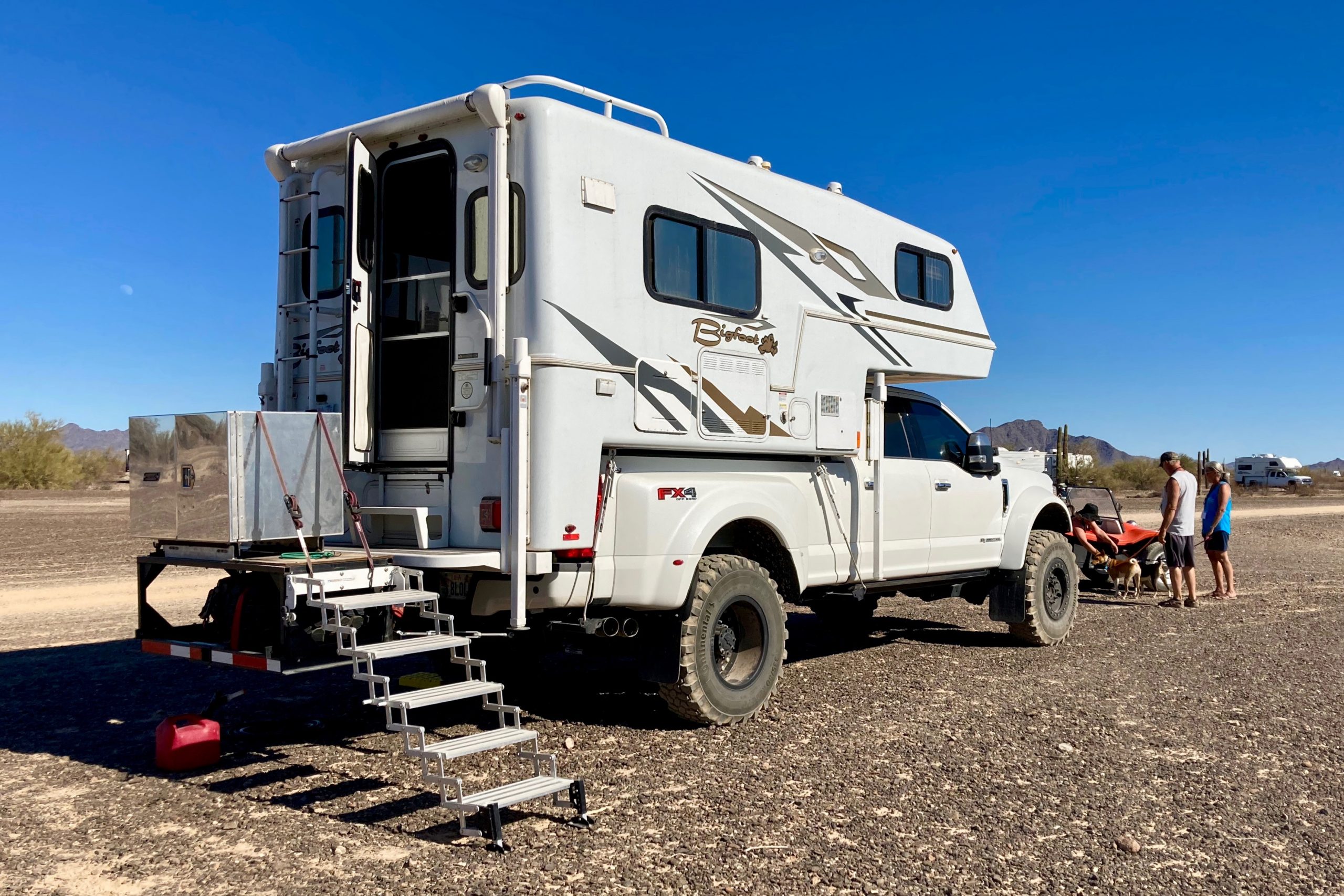 The best spring-loaded turnbuckles are built by two companies—Happijac and Torklift. From a distance, turnbuckles look the same, but they aren’t. Some are short in length, while others are long. Some have linear springs inside, whereas others have bushings. As a result, these differences can create some problems for those who are new to truck campers. Accordingly, we recommend that Happijac turnbuckles be used with the Happijac tie-downs and that Torklift turnbuckles be used with Torklift’s frame-mounted tie-downs. Yes, mixing turnbuckles and tie-downs between the two companies can be done, but for the sake of simplicity we don’t recommend doing it unless you decide to use a hybrid tie-down approach as outline below. For other factors impacting truck camper loading, we encourage you to check out our Truck Camper 101 article. So without further adieu, let’s survey the best turnbuckles for truck camper use. 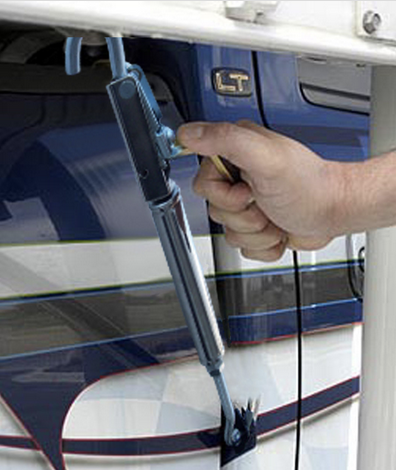 Underrated in the truck camper turnbuckle market and probably the best, the Happijac Qwik-Load is rated to handle a whopping 4,000 pounds, the highest in this survey. Like the popular FastGun, the Qwik-load secures the camper to the truck in one “quick” action. It features a stainless steel body and a reinforced, 1/2-inch solid steel round hook like those used in the Happijac Original turnbuckle. The best thing about the Qwik-Load is that it allows traditional turning of the turnbuckle for tension adjustment after it’s installed. There is no need to release the Qwik-Load turnbuckle to achieve the right tension like the FastGuns. The Qwik-Load features a rubber cushioned handle that provides better insulation against extreme temperatures and improved leverage. Its high profile handle prevents users from smashing their knuckles against the turnbuckle when locking the turnbuckle down. Better yet, the handle can be detached to prevent theft when away from home. A terrific option for those looking for a “quick” way to buckle-up their camper. A complete set of four Qwik-Load turnbuckles can be purchased on Amazon.com for only $334, half the price of Torklift’s FastGun. 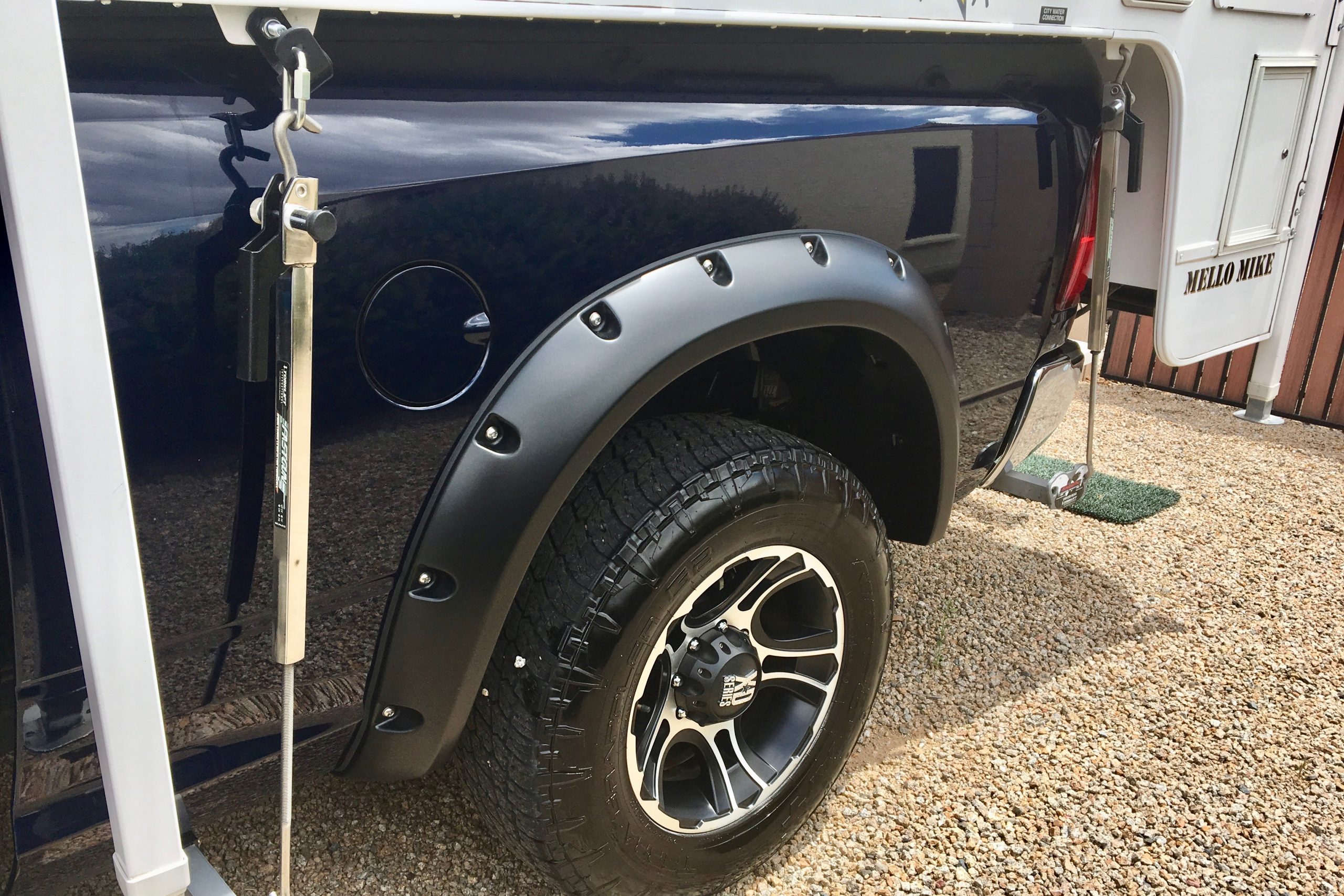 The Torklift FastGun turnbuckle is the best-selling truck camper turnbuckle in the industry. Sold in packs of two, each FastGun is made in the USA and is rated for 2,500 pounds. The FastGun comes in various finishes and colors including an attractive hammertone white or gray or a polished stainless steel and can be purchased for either bed-mounted tie-down systems like those made by Happijac or frame mounted systems like those offered by Torklift. The Torklift FastGun is quick and easy to use. What used to take several minutes to install using an old turnbuckle system now takes only a few seconds with the FastGun. No tools are needed to assemble the FastGun nor are any tools required to install it. Each FastGun comes with a sticker to identify where it was used so you don’t have to manually adjust the length each time it is used. The FastGun’s quick disconnect feature also makes the task of leveling your camper at your campsite a snap by allowing use of your electric jacks to level your camper while the camper is still on the truck. This avoids the hassle of using leveling blocks under your tires. The quick disconnect feature also comes in handy at the gas station in the event that the driver side front turnbuckle is blocking access to the fill door. You can pickup a pair of Torklift FastGuns on Amazon.com for about $380. 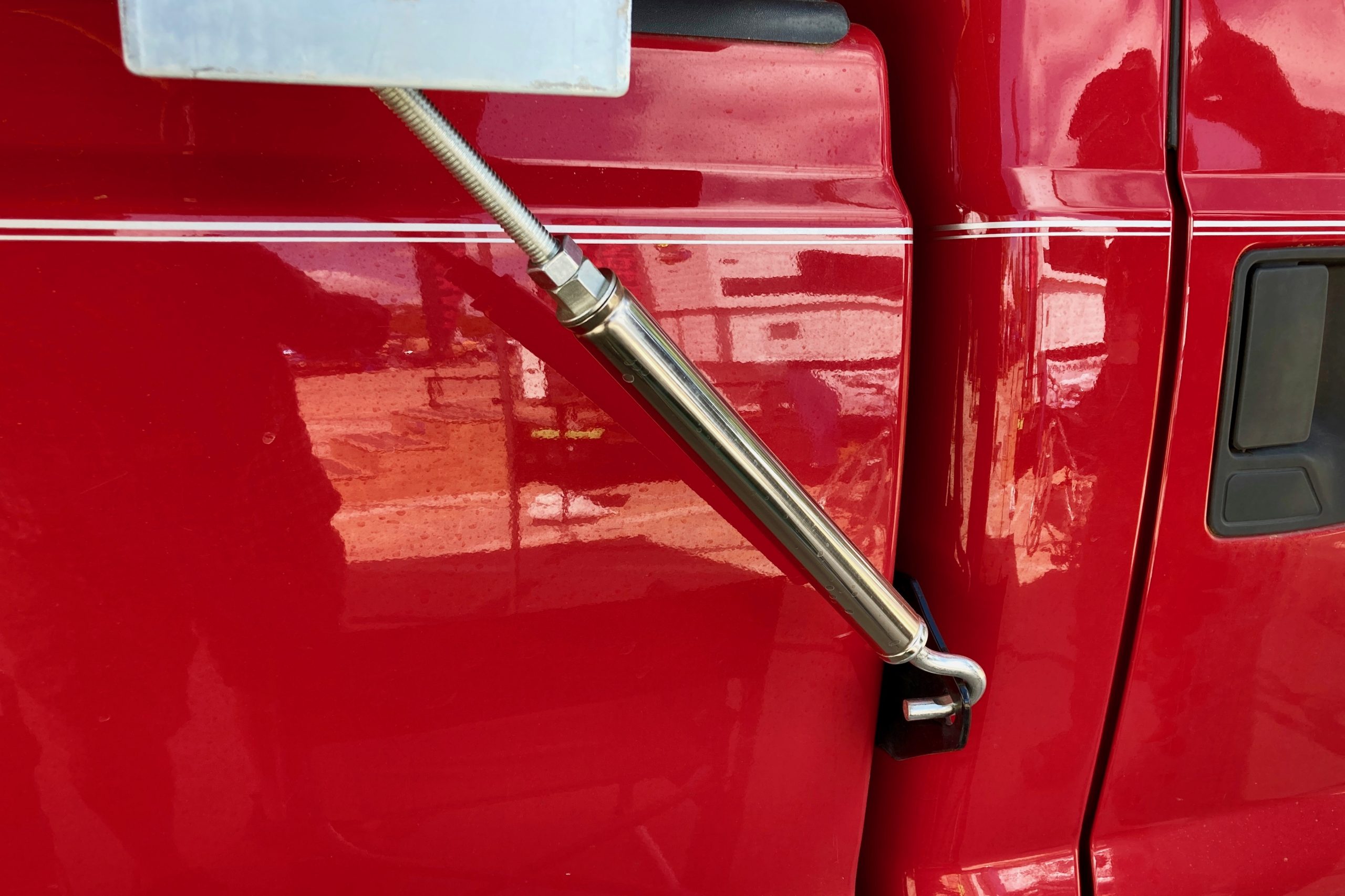 The original spring-loaded truck camper turnbuckle and probably the best. This no-frills turnbuckle has been around for decades and for good reason—the turnbuckle is incredibly strong and exceptionally well-made. The Happijac Original is sold in sets of four, each pack comes with two long-barrel turnbuckles and two short-barrel turnbuckles. Like the Qwik-Load version, the Happijac Original features a rugged, stainless steel body and a reinforced, 1/2-inch solid steel round hook. The double-welded 1/4-inch stop washer provides over 5,000 pounds of stress capacity. Tension is generated the old-fashioned way, by turning the turnbuckle until the right tension is achieved. Caution is needed when installing each turnbuckle. The long barrels actually go on the front because they contain a linear compression spring while rubber bushings are used inside of the rear turnbuckles. When installing the Happijac Original Turnbuckles, ensure that the four barrels are facing down to prevent moisture from building up and that the hooks are facing outward to avoid scratching. You can buy a pack of four Happijac Original Turnbuckles on Amazon.com for only $132, a bargain.

Now that you’ve chosen a set of turnbuckles, you’ll need a good set of tie-downs. We recommend going with either a Torklift or a Happijac tie-down system. Both are fine systems with each offering advantages and disadvantages over the other. The big advantage of the Torklift system is that it bolts to the truck’s frame underneath the truck bed for a strong connection, though they are prone to rock damage due to its low clearance from the ground (see photo below). On the other hand, the Happijac system prevents side-to-side movement better and is a superior tie-down for off-road use, though Happijac’s rear bumper mounts have been known to fail from over tightening. Because of this, we recommend a hybrid approach for off-road use—the Happijac tie-down system in the front and the Torklift tie-downs in the back. When using this hybrid approach, we recommend going with Happijac turnbuckles, either the Qwik-Load or the Originals.

Narrow, 7-foot-wide truck campers offer a number of benefits for those who like to off-road, but they also have one major disadvantage—the narrow distance between the turnbuckle and bed of the truck. In many cases, the distance between the two is less than an inch or two. Any side-to-side movement of the camper can cause damage the outside of the truck bed. This can be a problem with Torklift tie-downs, especially, which are frame-mounted underneath the bed of the truck. The best remedy to prevent side-to-side movement is to install bracing inside the bed, but another option is to simply mount the tie-down further out, an inch in most cases is more than sufficient.

About Mello Mike 747 Articles
Mello Mike is an Arizona native, author, and the founder of Truck Camper Adventure. He's been RV'ing since 2002, is a certified RVIA Level 1 RV Technician, and has restored several Airstream travel trailers. A communications expert and licensed ham radio operator, he retired from the U.S. Navy in 2004 as a CWO3 after 24 years, holds a BS degree, and now runs Truck Camper Adventure full-time. He also does some RV consulting, repairs, and inspections on the side. He currently rolls in a 4WD Ram 3500 outfitted with a SherpTek truck bed with a Bundutec Roadrunner mounted on top. - KK7TCA
Website Instagram YouTube

We’ve all seen the Torklift advertisement at one time or another. The ad is about the Torklift International FastGun, the company’s popular, spring-loaded, lever-action turnbuckle. On the right side of the ad are two photos [read more]