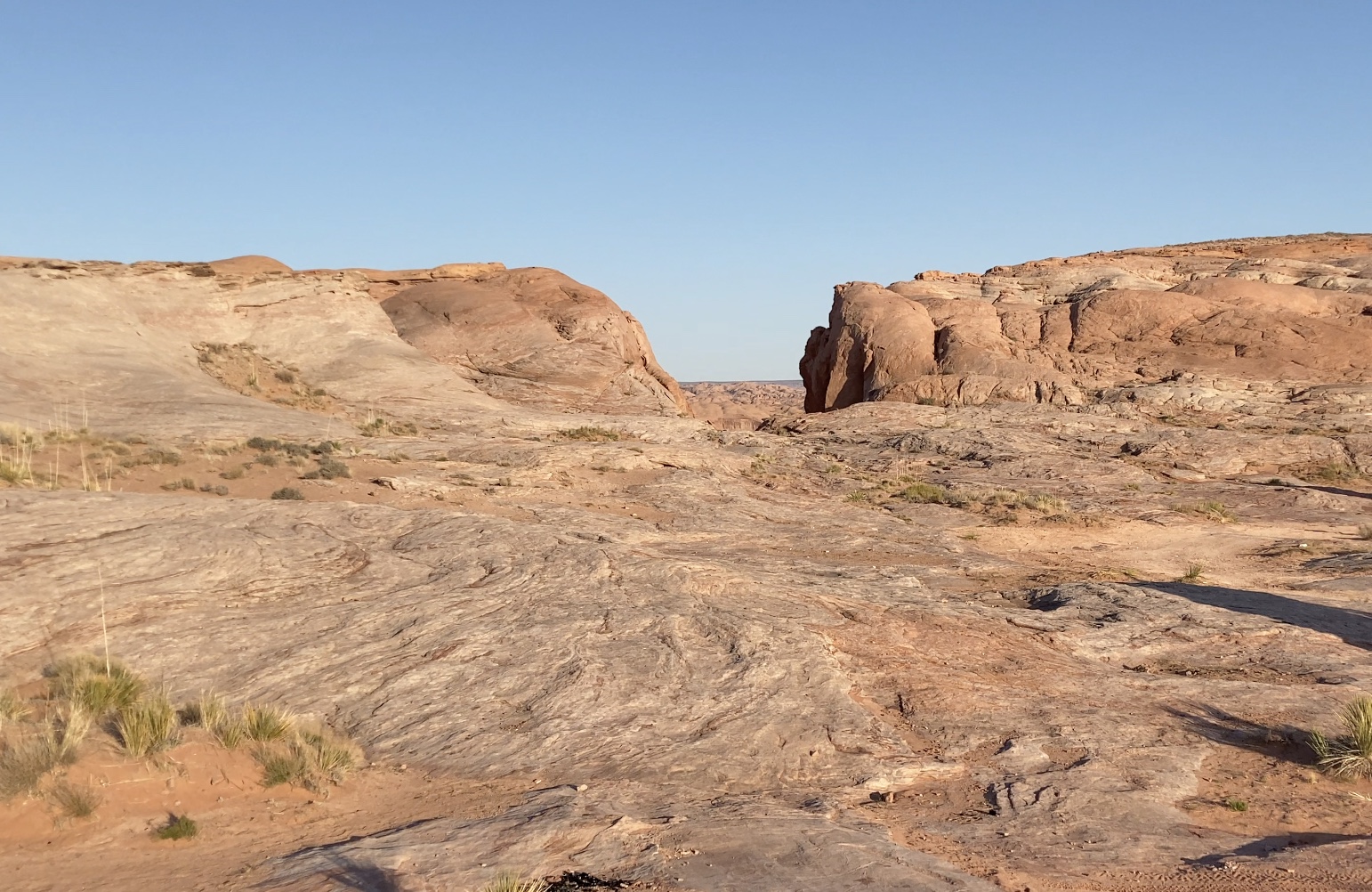 In the autumn of 1879, some 250 members of the Church of Jesus Christ of Latter-Day Saints—men, women, and children—and 26 covered wagons undertook one of the most challenging and dramatic pioneering expeditions in American history. Though challenging from start to finish, the most difficult and perilous section of the Hole-in-the-Rock route comprised barely a mile of the long journey. Scouts had discovered a cleft in the cliffs that separated the expedition from the Colorado River. The pioneers proposed that they could widen this notch into a steep wagon trail. On December 14,1879, that’s just what the expedition set about doing. Six weeks later, the wagons began the steep, 1,800-foot decent to the Colorado River.

Today, you can retrace the first 55 miles of this epic route to the famous Hole-in-the-Rock (a rough Jeep trail, called the Hole-in-the-Rock Trail, can be taken on the other side of Lake Powell to fully retrace the route). Located mostly in the Grand Staircase-Escalante National Monument and the Glen Canyon National Recreation Area, the road is the most popular in the Escalante, Utah area. Numerous attractions can be found along the route, including Devil’s Garden, Chimney Rock, Peek-A-Boo Canyon, Dance Hall Rock, and, of course, the famous Hole-in-the-Rock. The scenery along the route is simply breathtaking.

On March 29, 2021, four truck campers embarked on the three-day expedition to the famous Hole-in-the-Rock: Kevin MacAfee in his Bundutec Odyssey/Ram 2500, Tom and Marianne Banks in their Northstar 850TC/Chevy 1500, Alex and Julie Blasingame in their Bundutec BunduVry/Ford F-250, and, of course, yours truly with my wife, Karen, in our Bundutec Roadrunner/Ram 3500.

The trip was epic and quickly became one of our favorites. We were amazed at the steep and narrow hole at the end of the drive, which is nothing more than a large crack. Rutted rock from the wagon wheels can still be seen along the way especially near the end. Stay tuned for a full-length article on this epic road trip soon. In the meantime, enjoy this music video of the expedition featuring the music of Allison Krauss and Union Station. Rain (and snow) just prior to the trip was a factor and almost cancelled our plans.

Rita and I have explored southern Utah and northern Arizona on two extended trips last year. On these trips we visited over a dozen state and national parks, including the Grand Canyon, Zion National Park, [read more]