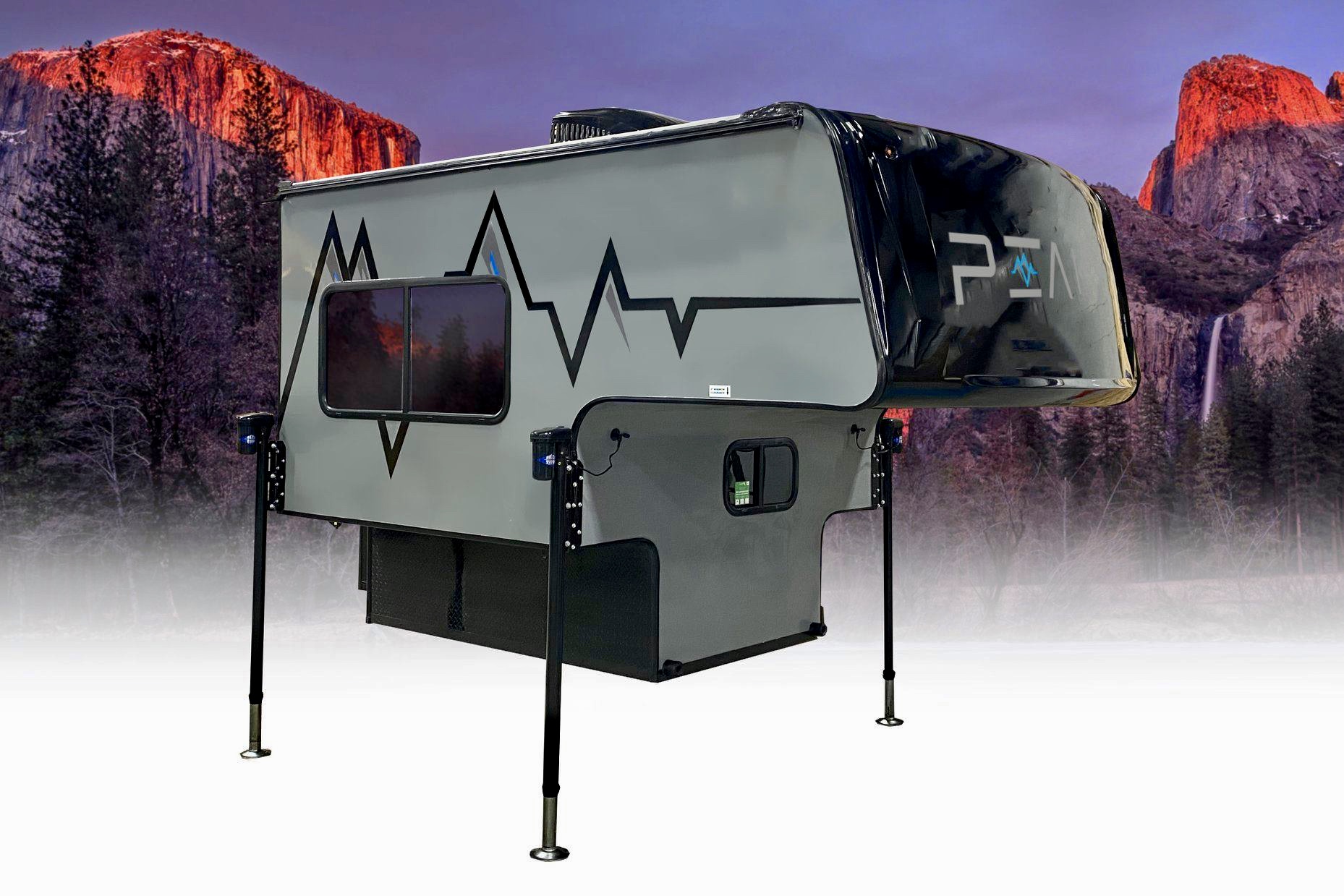 Travel Lite RV CEO, Dustin Johns, told the publisher that the company has hired 35 workers and has began “full-blown production” on January 27. Even though Travel Lite has been building campers and travel trailers since December, it isn’t what Johns would classify as an all-out effort.

Included in this production is Travel Lite’s brand new Peak 9, a small truck camper light enough to be hauled on half-ton trucks. The camper, according to Johns, features a modern interior and a fiberglass exterior with molded front caps. Travel Lite debuted the camper at the recent Tampa RV SuperShow.

Travel Lite restructured its operation after encountering severe financial challenges last summer. As part of this restructuring, the company decided to shut-down all production and layoff most of its 163 employees. The company also decided to close its original New Paris, Indiana manufacturing plant.

Before restructuring, Travel Lite RV produced 17 lightweight, entry-level truck campers all of which featured solid wood construction overlayed with fiberglass or ribbed Aluminum. The models included the Super Lite 590, 610R, 610SL, 625SL, 690FD, 700SL, 770R, and 770SL; the Extended Stay 800, 800BX, 840SBRX, 890RX, 890SBRX, and 960RX; and the Rayzr SS, FK, FB, FB-M. Nobody in the truck camper industry offered more campers for the lucrative half-ton market than Travel Lite. According to Johns, that number has now been pared down to seven. Production, he said, will proceed at a “conservative one-a-day pace” with an emphasis now on quality.

So which models survived and which models succumbed to Travel Lite’s corporate axe? We’d love to know. Unfortunately, Truck Camper Adventure’s attempts to learn more about the company’s current offerings have gone unanswered.

In spite of the reductions in the workforce and company’s reduced offerings, its encouraging to see Travel Lite RV producing campers again. It’s also encouraging to hear that Travel Lite is now placing a greater emphasis on the quality control of its products, a process that had clearly been lacking before. Having a decent, entry-level truck camper in the $10,000 to $15,000 range is good not only for buyers looking to get into their first camper, but also the truck camper industry in general.

On September 5, Truck Camper Adventure reported that Travel Lite RV had closed its doors permanently. This information was obtained from several sources including dealers and suppliers. Word of layoffs, and numerous calls to the [read more]