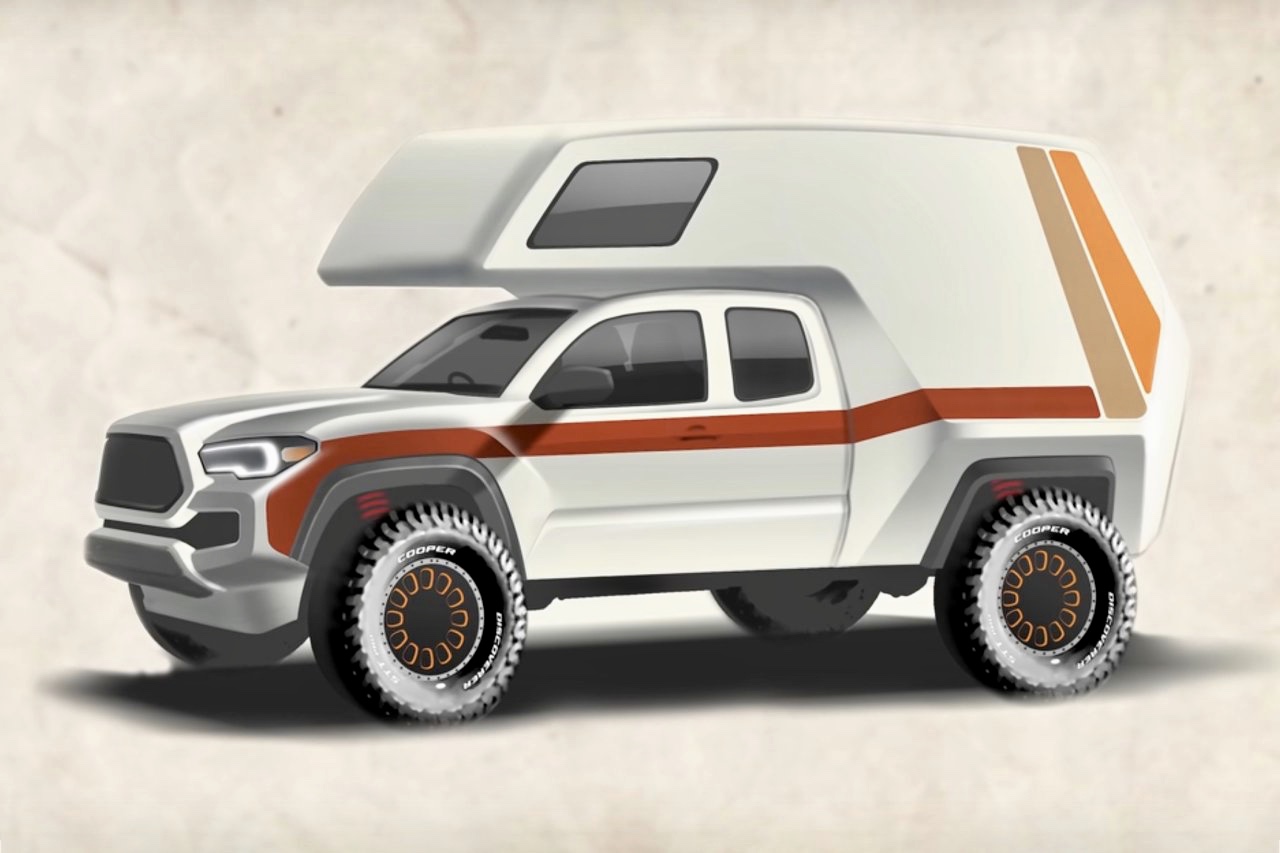 Toyota is building what promises to be an amazing chassis-mounted truck camper for the 2021 SEMA show in Las Vegas. Called “Tacozilla,” the Inspiration for the build was provided by the 1976 Toyota Chinook pop-up motorhome. Unlike the Chinook, however, Tacozilla will be a hard-side made to go off-road. Tacozilla will be mounted on a Tacoma TRD Sport with a 6-speed manual transmission and the 3.5L V6.

Last week, the company released three videos on its YouTube channel showing the progress of the build with more videos expected to be posted soon.

“The idea of this vehicle is to be able to take it anywhere on this planet,” explained Marty Schwerter, Tacozilla Team Manager. “It needs to be able to get down these steep trails that you can do in a normal off-road Tacoma. It’s not one of those projects that your just bolting some stuff on or putting a camper shell on the back of a pickup truck bed. It needs to be able to climb a mountain.”

Tacozilla’s “micro home” will incorporate the best features of the original Chinook. Except this time, the Toyota marketing team wanted a hard-shell rig that was more capable off-road and more advanced. Will Tacozilla be able to sleep up to four adults using an ingenious hide-away bed like the Chinook? Probably not, but the limited floorpan will feature a complete galley, toilet, sofa, a pass-through to the cab, and a north-south cabover bed. In order to create a seamless body, Tacozilla’s cab and camper will be bolted together. The camper will be painted a matching white.

“The first thing we did when we got the truck in here was pulled the [6-foot] bed off it, so we can see what we have to work with and how many pieces below needed to be relocated. It was a pretty quick job. Instead of just looking at pictures or climbing underneath it, we can actually see what needs to be moved to be able to make the space to be able to package our camper,” Schwerter said. 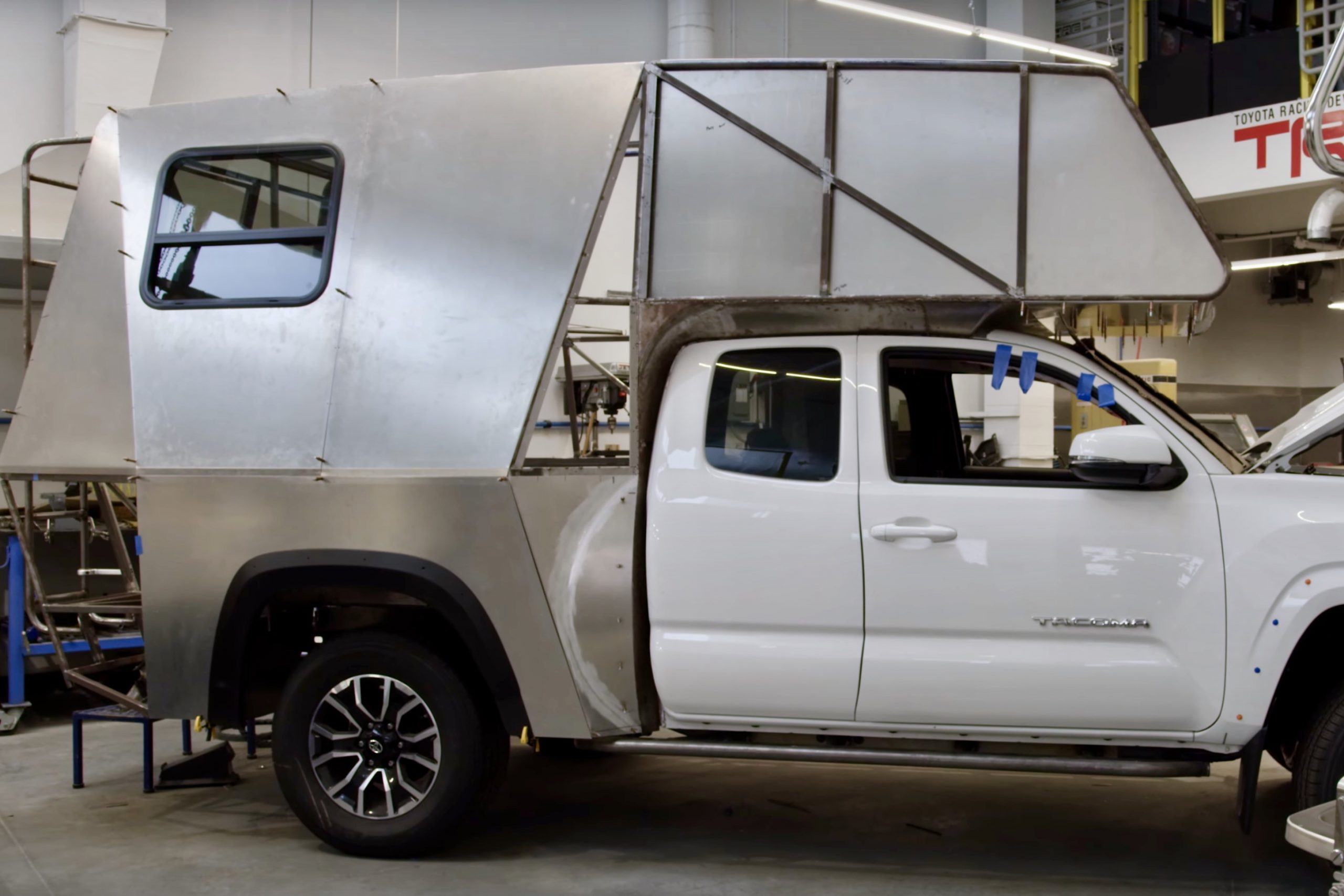 For the job, Schwerter’s crew removed the rear doors and the back row seat in order to make the chassis-mounted camper a true pass through model. Unlike the Chinook, which was made of fiberglass, Tacozilla’s body will be made of riveted aluminum using 1-inch tubing for the frame. In contrast with the aluminum, the flooring will be made of an attractive, sauna-style Teak. With what appears to be an 80 degree rear kickback, the rig will feature one of the best departure angles for true off-road prowess.

“We really didn’t want it to look like a refrigerator on the back of a truck, so that you’ll see that there is curve. It’s all rounded edges, we want everything rounded. We want to eliminate much of the [departure angle] so when we’re off-road, we aren’t dragging the tail,” he said.

The artist renderings for Tacozilla look pretty cool, especially with the late 70s, early 80’s retro vibe. The rig’s motif consists of brown, orange, and gold accent colors just like the original Chinook. In addition to a beefed up suspension, Tacozilla will be equipped with oversize Cooper Discoverer AT3 tires to provide the traction this off-road rig needs.

“It’s going to be a beast. People are going to know when you show up. It’s going to stick up 4 feet above any other vehicle in that parking lot. It should be no problem finding it. You don’t have to worry about where you parked it because as soon as you walk out the door, you’ll see it. I just hope this can be half as cool as the original Chinook was. I know it will be more modern, I know it will have more technology in it. Being around racing my whole life, race cars are cool looking. I want campers to be cool looking too,” he said. 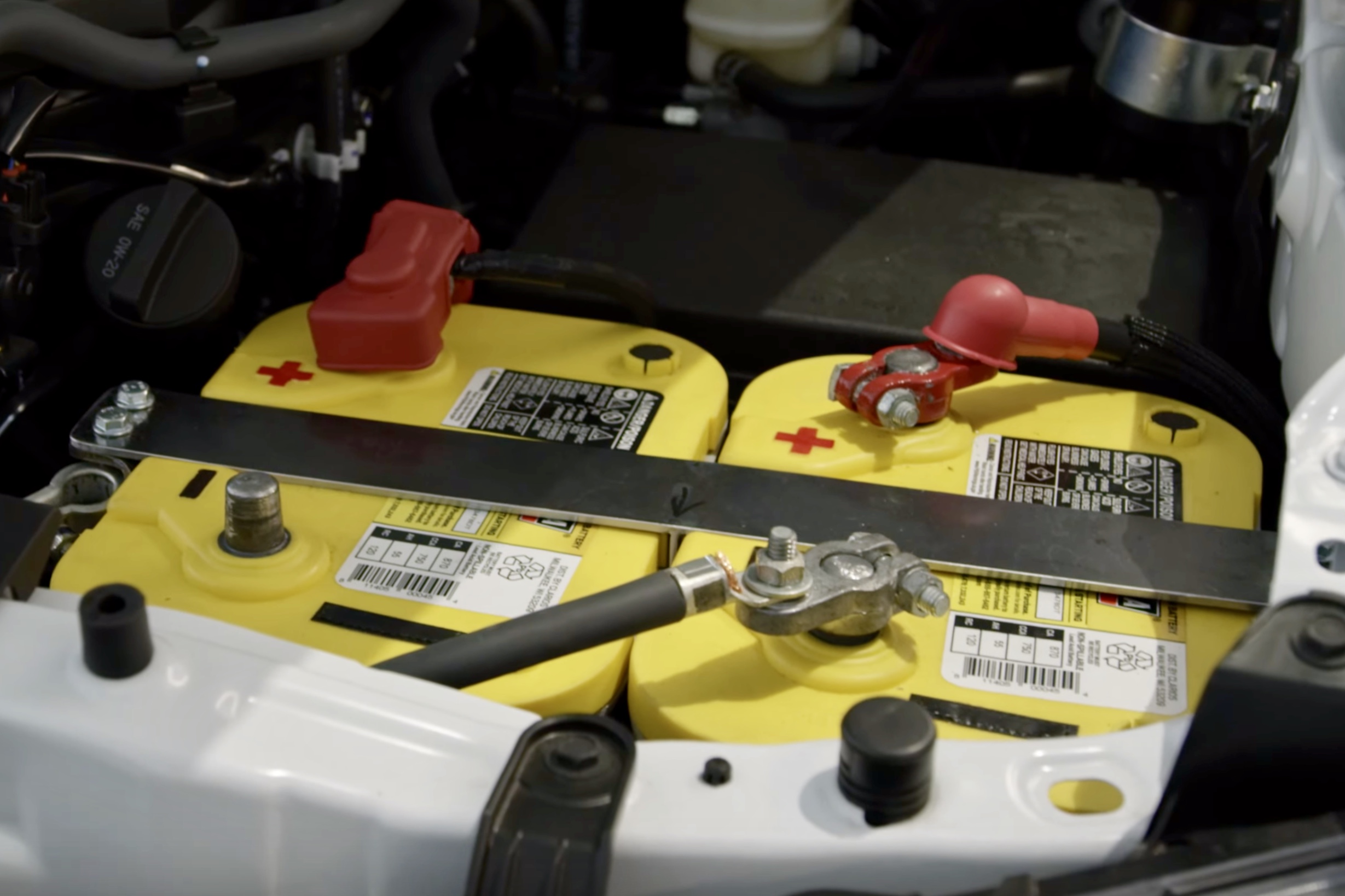 Tacozilla’s camper batteries, consisting of two hybrid Optima Yellow Top AGM 55 amp hour batteries, will be installed in the engine compartment, a brilliant decision that saves space inside of the camper. In keeping with Schwerter’s vision to make this rig modern, we expect that the rig will be equipped with an alternator charger and a small solar power system to keep the batteries topped off. In a pinch, the owner will be able to use these batteries to start the truck.

Unfortunately, it looks like Tacozilla will be a one-off build. But who knows, if demand is high enough, the company might partner with a company to mass produce a chassis-mounted camper based upon this prototype. Until that happens, several companies have already taken the plunge in producing a truck camper that can safely be hauled on a mid-size Toyota Tacoma pickup.

Tacozilla will be on display at the Toyota booth at the 2021 SEMA show in Las Vegas, 2-5 November. We can’t wait to see it.

This is a developing story. Check back often for updates as more information and photos become available. 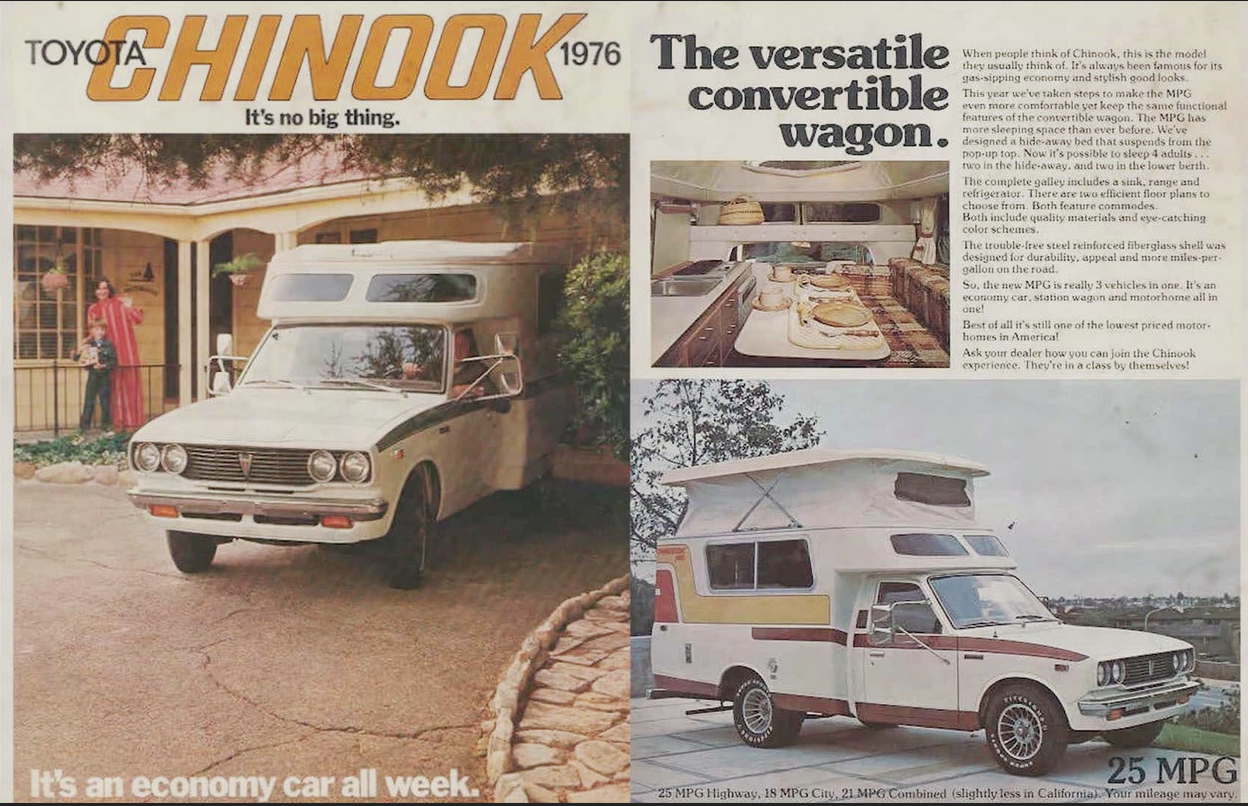 The 2019 SEMA show in Las Vegas was one for the ages. It was probably the largest SEMA show ever and was the first to feature an Overland Experience area showcasing rigs of all types [read more]

Modifying a Toyota Chinook into an Overland Truck Camper

Due to the popularity of the Toyota Tacoma and Ford Ranger, mid-size truck campers are in high demand. It seems like every mid-size truck owner wants one. The problem with designing such a small camper, [read more]