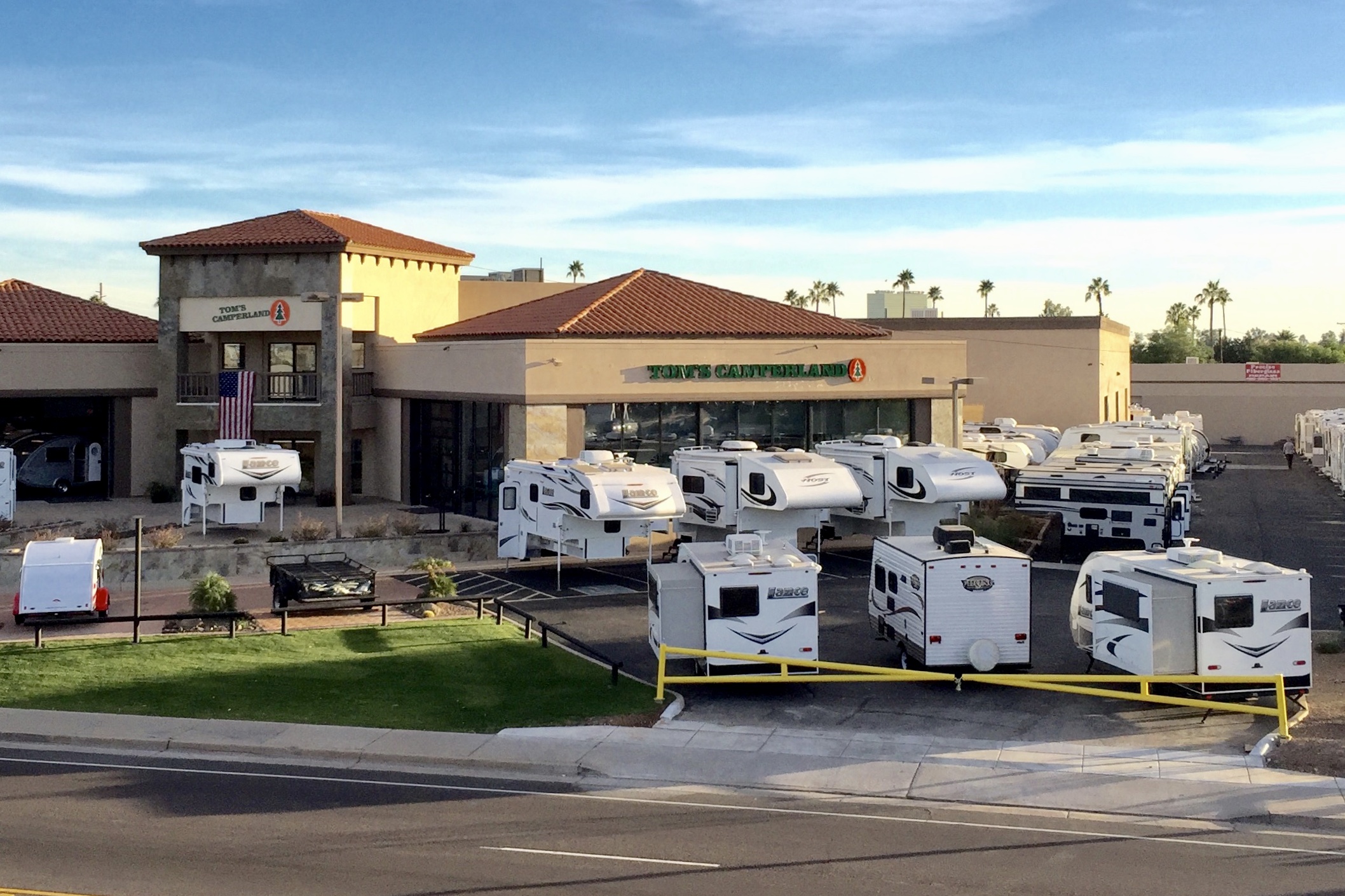 The COVID-19 pandemic has wreaked havoc with the US economy, yet the RV industry is one segment of the economy that appears to be untouched. In fact, with RV dealerships reporting record sales nationwide, the pandemic has actually been a boon for the industry.

“Sales have been fantastic,” explained Brad Leach, CEO of Tom’s Camperland. “April, May, and June were company records, the best we’ve had in 43 years. It’s been talked about a lot. People aren’t taking airplanes, taking cruises, or traveling to Europe, people are looking for other ways to vacation. There’s no better way to do that safely than in a truck camper.”

One of the largest if not the largest truck camper dealership in the country, Tom’s Camperland has three locations in Arizona—Mesa, Surprise, and Avondale. The dealership sells hundreds of new and used campers made by the biggest names in the industry including Lance, Palomino, Northwood Manufacturing (Arctic Fox and Wolf Creek), NuCamp Cirrus, Adventure Manufacturing (Eagle Cap, Adventurer, and Scout), Northern Lite, and Host. They also sell camper shells and truck toppers made by ARE, Leer, and Besttop. The dealership has been in business since 1977.

So what are the demographics of those who are buying truck campers in record numbers? “We track all of that stuff through RV Trader where a lot of our leads come,” Brad explained. “In the last year, pre-COVID-19, the demographic has gotten younger. The older demographic has always been there, 20,000 people a day retire in the US. It will be that way for 20 years, but the increase has come from those between 35 and 55 years of age. A lot of that is coming from those who are looking for different ways to camp like truck campers and lightweight trailers and want something different than the RV grandpa owned. We still have all of the regular retired people, the over 55 crowd, but we have a lot of new buyers from the Gen-Z group.”

So what sets Tom’s Camperland apart from other dealerships? What’s the secret to their success? “A lot of it has to do with our people, we don’t have any turnover with sales people, our sales guys aren’t on commission. So when you get a sales guy at Tom’s Camperland he can actually talk about truck campers, which are way more difficult to sell and understand and talk about than travel trailers. It takes some real understanding and expertise. Everyone at Tom’s are truck camper experts, which is super rare, you don’t have to get the truck camper guy to answer questions. I think that’s what really sets us apart. We sell to people all over the country,” he said.

Tom’s Camperland sells more than just new and used truck campers. They also sell travel trailers, teardrops, toppers, and recently added class C motorhomes, making the dealership an even bigger force in the southwest. The best selling campers have been the Lance 650, the Lance 1172, the Eagle Cap 1200, the Arctic Fox 811, and the granddaddy of the them all, the Host Mammoth. Brad also predicts that Adventure Manufacturing’s brand new Scout brand is going to be a big seller as well. Brad says they look better in person than they do in pictures and they look pretty good in pictures. In fact, he just received three Scout Olympic campers and all three were sold before delivery.

So what’s the most popular truck camper tie-down system that Tom’s sells? “We’ve been selling Happijac forever, but once these trucks went to aluminum beds they just didn’t have an application, so it’s Torklift now, about 90 percent,” he said. 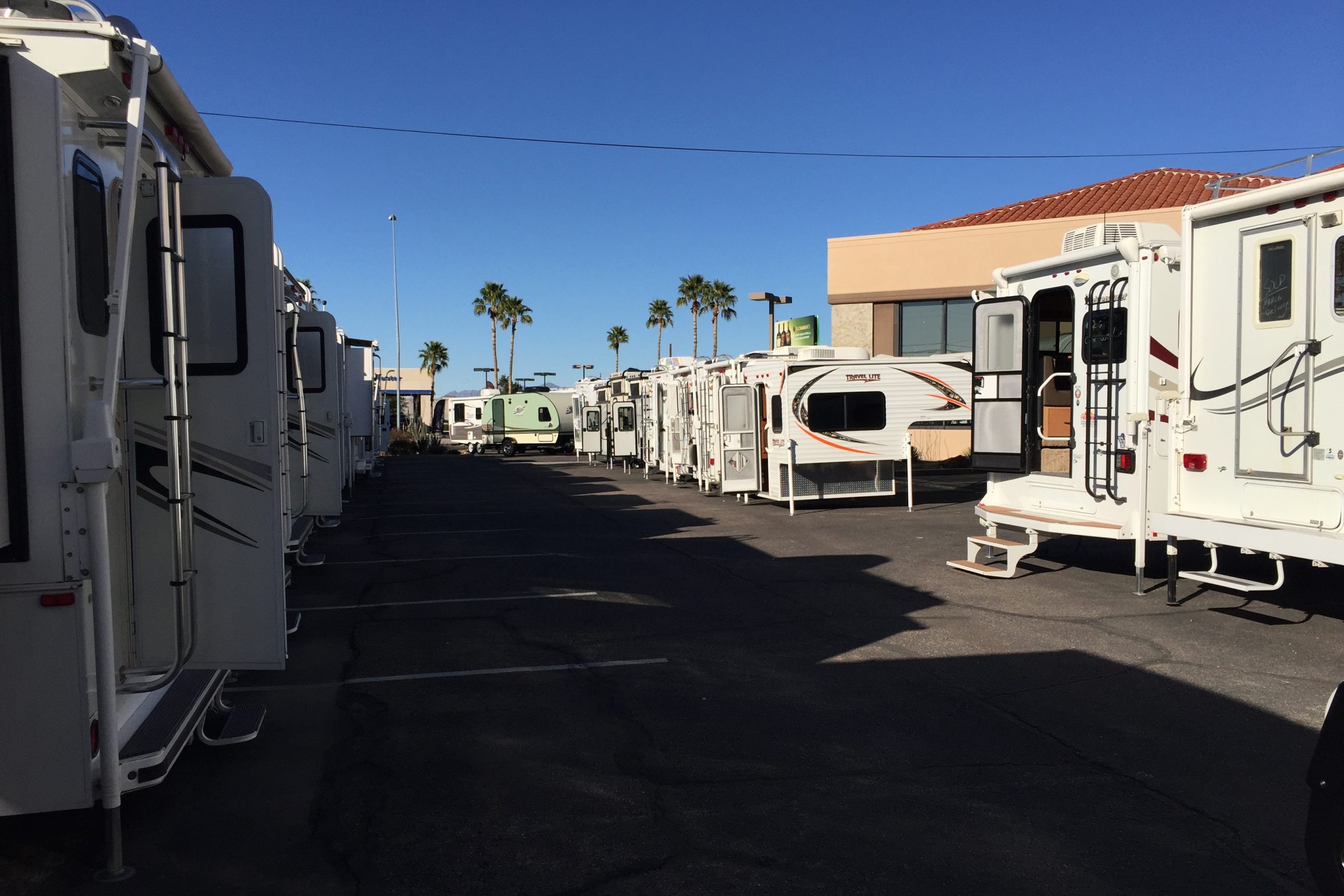 Lancaster, California – Lance Camper Mfg. Corp. has entered into a marketing partnership with Shimano American Corp. based in Irvine, CA. As part of the agreement, Lance has loaned a truck camper and toy hauler [read more]