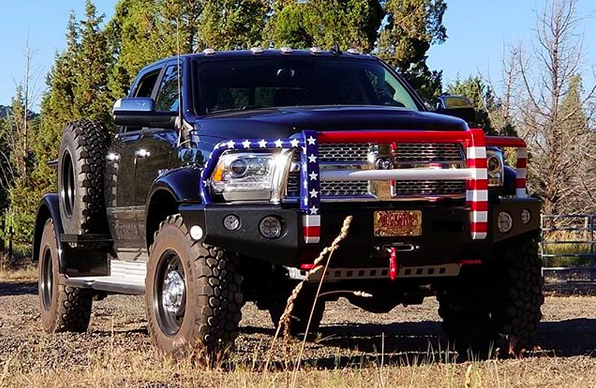 I remember the day well. It was in May 2014. We were driving on Route 12 in southern Utah, twisting and turning our way on the down-slope of Boulder Mountain, when all of sudden they appeared right in front of us—a herd of elk, about a dozen of them, probably no more than a 100 feet in front of us. The tires screeched as I hit the brakes hard. Fortunately, we were able to stop in time, but our hearts were still racing, nonetheless. It was a close call. We considered ourselves lucky that we encountered this herd early in the morning and not at night; otherwise, we would’ve collided with the herd and who knows what would’ve happened. It wouldn’t have been good for them, or us.

The near accident taught us an important lesson about being prepared for such encounters. In a recent article, we identified several items that were essential for safe overland travel. Of these, a quality winch bumper with a radiator-protecting brush guard is one of the most important items on our list. Not only can it protect the front of your truck from crippling impacts with elk that can leave you stranded, but it can also winch your rig out of trouble if you ever get stuck. Dozens of companies make winch bumpers, but those made by Buckstop Truckware are the best, the universal praise of their products on Internet forums and websites are a testament of this fact. Moreover, Buckstop’s bumpers can be found on trucks and expedition rigs all over the world. To learn more about Buckstop Truckware and their products, we spoke with the company’s Director of Marketing, Dorian Hartfield.

TCA: Thanks for taking the time to talk with us, Dorian. We’re excited to learn more about your products. But before we do that, can you tell us first how your company got its start?

Dorian Hartfield: Sure! Buckstop is an organically grown, customer-driven company. Both of the founders/owners are engineers by training who, back in 1994, wanted bumpers for their trucks. Over time, they built new models for new personal trucks and then other people started asking them to build bumpers. Buckstop launched a website in 2001 and got great reviews on the diesel forums. It has been one new design at a time, step by step, usually driven by customer orders. Over the years, Buckstop has built a complete manufacturing company bringing all aspects of production in-house from laser burning through powder-coating and even building shipping pallets.

TCA: Are all of your products made here in the USA?

TCA: How have Buckstop bumpers evolved over the years?

Dorian Hartfield: The original design still holds true today. This includes all of the features and a clean, rolled-edge appearance. The main evolution has been variations on a theme. Each new body style gets a new bumper—no one-size-fits-all. Early on, different grill guard and lighting options were offered. An aluminum option was added. But the main structure that established Buckstop in the market day one still holds firm.

TCA: What makes a Buckstop bumper better than those made by the competition?

Dorian Hartfield: In today’s market there are two distinct types of bumpers—those for function and those for looks only and/or budget price point. The looks-only bumpers came along about six years ago. But in the “real” bumper market, Buckstop excels by offering everything. Other bumpers may have one aspect equal to Buckstop, but none has it all. This includes, heavy construction, latching winch access cover door, 2-inch trailer receiver, built-in light mounts, OE tow hooks or replacements, color options, material options, grill guard style options, and built-in light mount options. On top of that, Buckstop has the clean aesthetic not veering into the gaudy, chiseled, or punky look.

TCA: What are the standard options offered with every Buckstop bumper?

TCA: Wow, that’s a lot. Can customers customize their bumpers?

Dorian Hartfield: Yes, We have tons of custom options. All of our bumpers are built to order because the vast majority are customized.

TCA: What’s the most popular option asked for by customers?

Dorian Hartfield: The most popular option is the addition of a second set of light mounts. This opens up the opportunity to run a set of long-distance driving lights and a set of short-range fog lights.

Dorian Hartfield: It is somewhat possible to change out the grill guards, but the bolt holes are different for many different models.  A swap out may require drilling new holes and may leave existing holes exposed.

TCA: Do you make bumpers for both mid-size and full-size trucks?

Dorian Hartfield: Applications are vast including trucks, vans, and SUV’s from the mid 1980’s to current, half-ton through two-ton. Buckstop has not dabbled too much in the mid-sized market.

Dorian Hartfield: Customer requests. The tricky thing about aluminum is that it is more brittle than steel. It’s like making a bumper from ice—it’s strong, but when it’s pushed too far or too often it will crack. In that regard, Buckstop uses 3/8-inch thick aluminum and additional gusseting combined with steel frame mounting to ensure that the aluminum is not given the chance to bend in the first place.

TCA: What is the typical weight difference between an aluminum Buckstop bumper and a steel one?

Dorian Hartfield: The aluminum bumper saves about 90 pounds over steel ending up at roughly 130 pounds.

TCA: What options do you offer for matching paint colors and bumper textures?

Dorian Hartfield: We use both smooth and textured powdercoat finishes. The strength of powdercoat is its ability to resist chipping more than paint. This is because powdercoat is relatively soft, where paint is more brittle. The converse of this is that powdercoat is easily marred. Rubbing it with a rough rag will leave fine scratches. For that reason, we prefer a textured finish that hides all of the marring. We do not “match” automotive paint. However, we have some close approximations for the Ford two-tone golds because they are so often requested.

TCA: Have you received any testimonials about how well your bumpers have performed against livestock, elk, and deer?

Dorian Hartfield: All the time. A great story was from a person in Idaho who came around a corner and ran into a whole herd of deer. I’ll spare the details, but the bumper did its job no problem! A lot of reports we get back about animals and other vehicle crashes end with, “all I had to do was wash the bumper off.”

TCA: Buckstop’s reputation in the truck, RV, and overland expedition industries is pretty high. Which companies use Buckstop bumpers as OEM?

TCA: You just mentioned fire trucks. Is it true that law enforcement, fire, and emergency departments and divisions nationwide use Buckstop bumpers?

Dorian Hartfield: Buckstop has, perhaps, the largest share of the market for bumpers on fire and emergency vehicles. The emergency personnel like the strength functionality of the bumper as well as the right look for fire truck. Buckstop also offers one-off engineering for different lights, sirens, speakers, and nozzles.

TCA: What is your best-selling bumper?

Dorian Hartfield: That’s a tough question to answer. The latest model Superduty is always a big hitter followed by Ram. But as far as any single style—they’re all over the board based on what each individual customer wants.

TCA: Do you make rear bumpers too?

TCA: What other products do you make besides bumpers?

TCA: Can you tell us more about your Single Wheel Conversion Kit? What does that do?

Dorian Hartfield: The Single Wheel Conversion Kit is a way to replace the dual rear wheels with “super singles” to improve off-road capability. The benefit of a dual rear wheel truck is higher weight carrying capacity than a single. But they have many problems—the duals don’t track with the front and are constantly breaking new ground, they don’t fit well into two-track dirt roads, and they catch debris between the tires. Beyond that, there is very limited tire selection and those that are available are typically run at high air pressures. It’s like driving on six hard hockey pucks. The proper single tires can carry the weight on four tires instead of six AND be aired down to match the load capacity AND have a good off-road tread pattern.

TCA: Any plans for a new design or release in the near future?

Dorian Hartfield: The newest design coming out is a series of Vintage style bumpers for older “square” body trucks from the ’60s through ‘90s. These rigs are dying for a simple, smaller, slim bumper that compliments the body as well as the time-period of the truck.

TCA: That sounds pretty neat. What’s the wait time if somebody wanted to order a Buckstop bumper today?

Dorian Hartfield: The answer is variable! A typical custom bumper takes two weeks to go through the plant. The catch is the wait time to get into the plant—it typically varies from one to three weeks.

TCA: A Buckstop bumper is much larger and heavier than what UPS would typically handle. How are your bumpers shipped?

Dorian Hartfield: Shipping is by truck freight. Bumpers can be delivered to a home with appointment, but it saves $100 to ship to a commercial location with a fork lift. With a little creativity, a person can find a place at which they do business that will help out—like a tire store, a car dealership, grocery store, feed store, their own workplace, or their installer, etc. 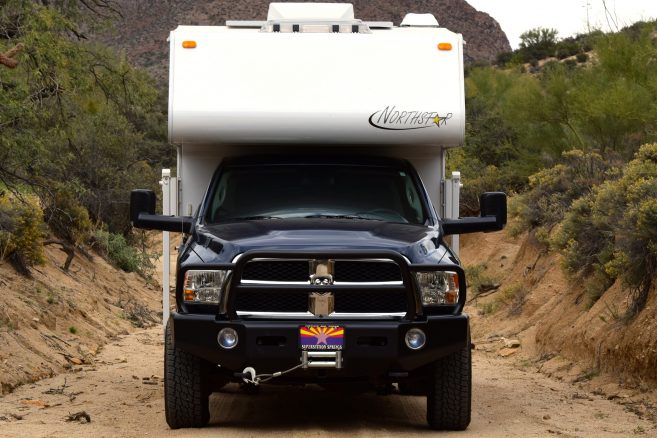 One of the things we love about this hobby is getting away. There’s no better way to do that than doing it in a truck camper. Another thing we love is that you can build [read more]

Be Change LLC to Relaunch XPCamper V1 in March

Truck Camper Adventure has just learned that Be Change LLC will relaunch XPCampers under a new company brand called Nimbl Vehicles that will include a new website, social media platforms, and a national marketing blitz [read more]