“Quick Disconnect StableLoads have received great reviews, however we wanted to test its capabilities in comparison to many of the options someone would have when it comes to choosing a suspension modification,” said Torklift General Manager Jay Taylor.

“Since we’re turning to science, we wanted to replicate common handling issues when towing or hauling like side-to-side way, porpoising and body roll,” said Taylor.

We installed popular suspension products on a new half ton truck with 2,800 pounds loaded into the truck bed to simulate a heavy load like towing a heavy trailer or hauling a truck camper. Side-to-side sway was measured by hitting a pothole, porpoising measured by striking a speed bump and body roll measured by cornering.

Inclinometers mounted to the truck measured horizontal and vertical tilt through each variable. The results of the tests are as follows: 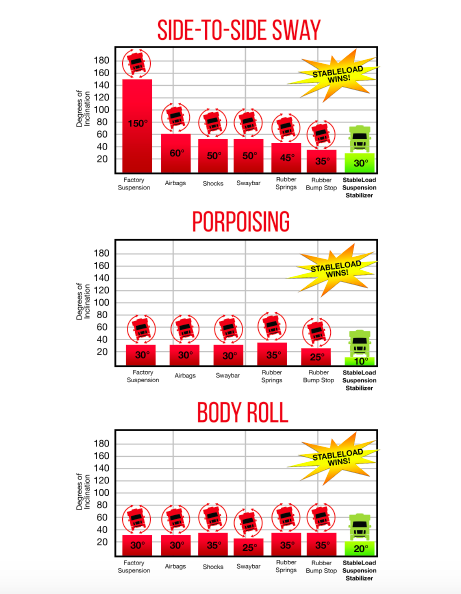 A baseline was determined by measuring degrees of inclination with factory suspension performance with the 2,800-pound load.

The lower degree of inclination translates to less movement and improved handling. When measuring degrees of inclination tests revealed that the Stableloads performed better than all the other suspension products.

“ With the results of this experiment, we are confident that the StableLoads should be the first product folks should turn to when considering suspension modification,” said Taylor.

In depth assessment of aftermarket suspension products reveal StableLoad Suspension Stabilizer as the most effective upgrade for those who tow.

There’s no doubt about it, Instagram is a mixed bag when it comes to content. Much of its content is superficial, yet you can still find Instagram feeds that are both inspirational and educational. Corey [read more]