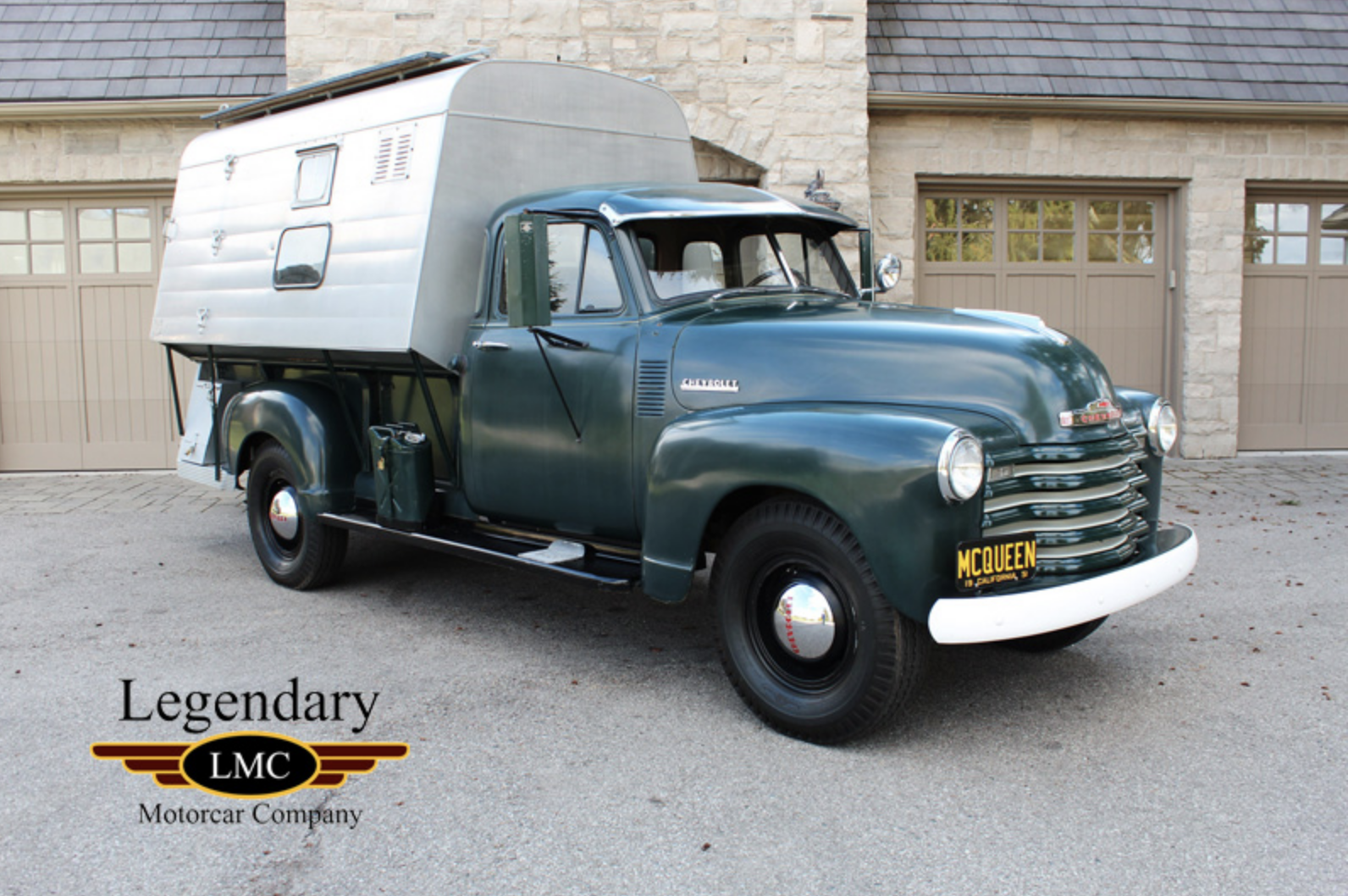 Legendary Motorcar’s of Ontario, Canada, recently announced that Steve McQueen’s 1952 Chevrolet 3800 pickup truck and custom aluminum truck camper is now for sale. McQueen, who starred in a number of Hollywood classics like Bullitt, the Sand Pebbles, and Le Mans, was a noted gearhead who owned a large stable of rare automobiles and trucks. Among these vehicles was McQueen’s 1952 Chevrolet 3800 truck camper rig that he used for cross-country camping trips. The rig was purchased by McQueen from a migrant farmer he passed on the side of the road in the late ‘70’s when he resided in Trancas Beach, north of Malibu, California. The rig did not appear in any of the late actor’s films.

This 1952 Forest Green Chevrolet 3800 series is a one-ton long-bed truck, powered by the original 235 cubic inch Loadmaster 6-cylinder engine with a four-speed manual transmission. For 1952, minor changes were made by Chevy to include the outer door handles, which used a push button as opposed to turn-down style, a speedometer that maxed-out at 90 mph, and dashboard trim painted green instead of chrome. Mid-year, Chevrolet stopped using the 3100-6400 designation on the hood and changed to maroon window and wiper knobs. These classic Chevrolet pickup trucks have become much sought after by customizers, Hot Rodders and old truck collectors. 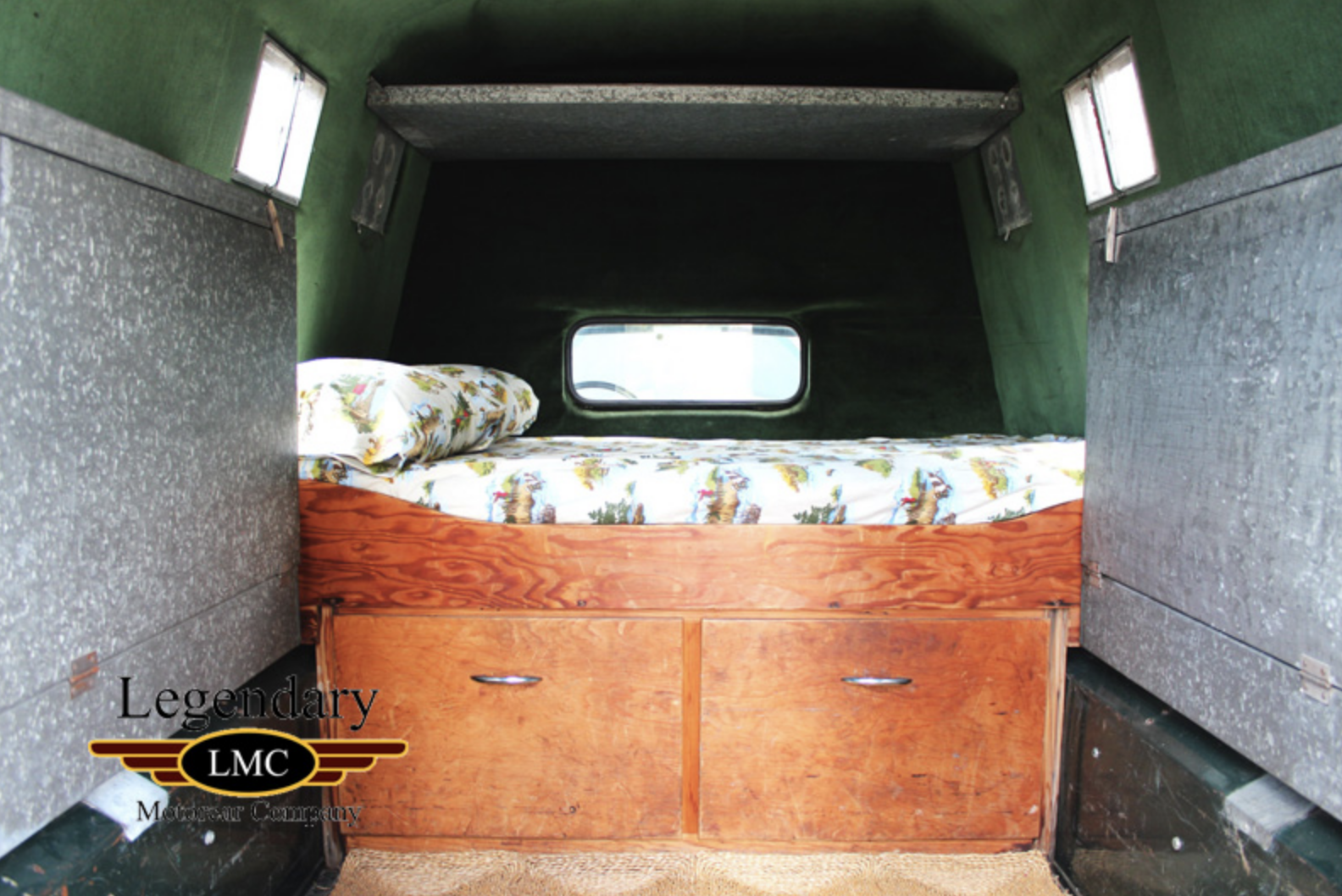 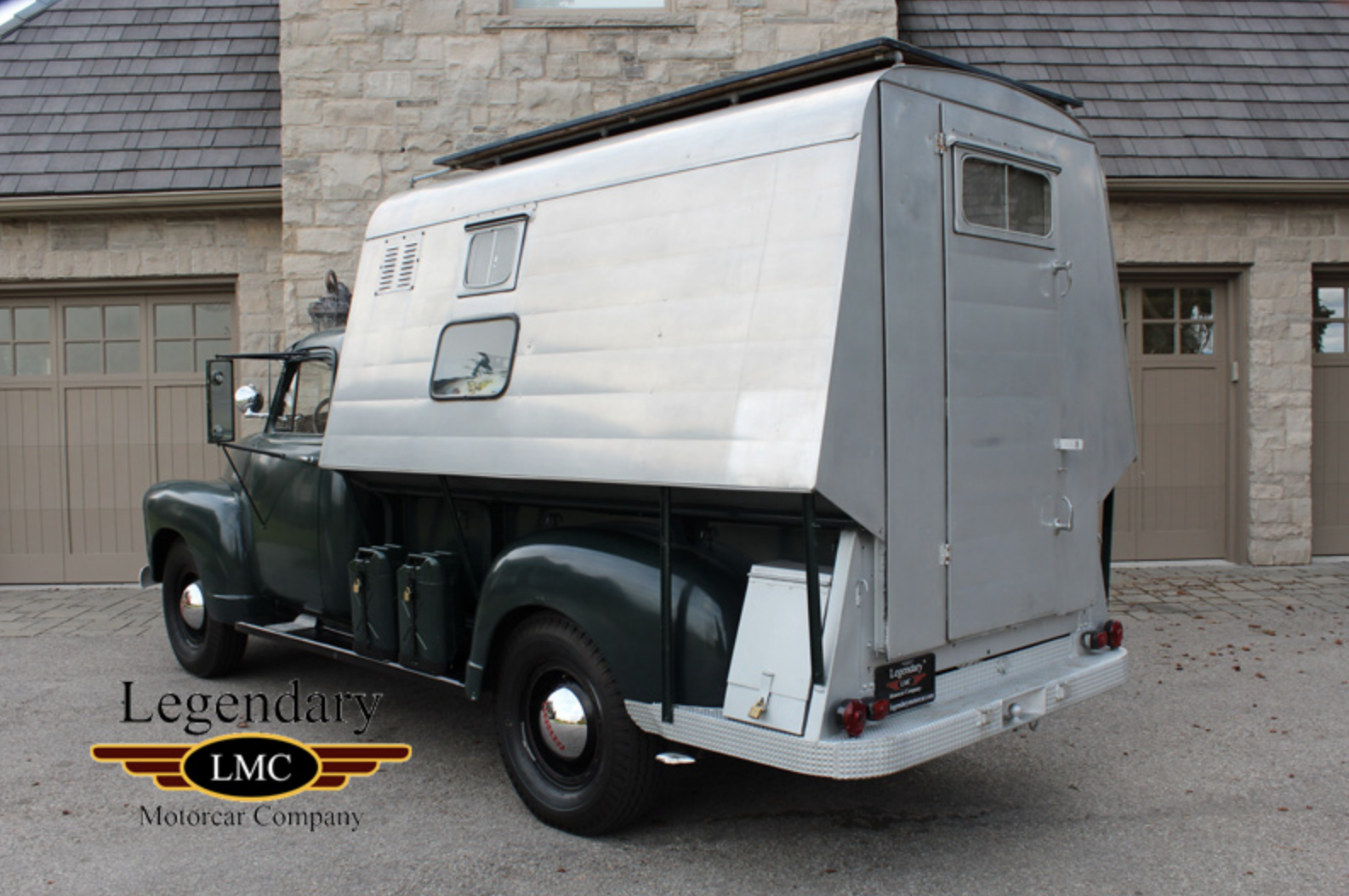 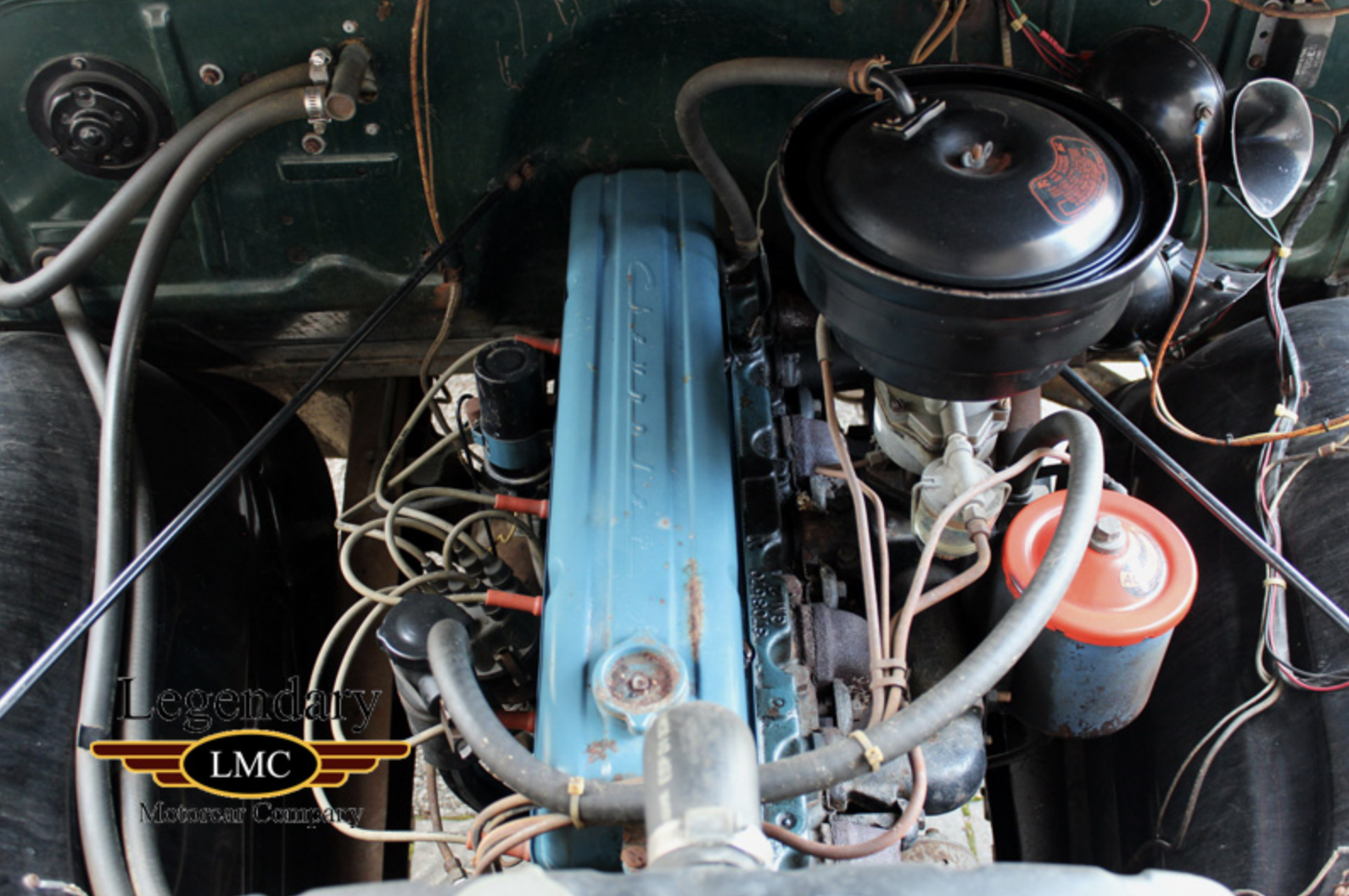 The custom truck camper—called the Dust Tite—was built by Harold Van Hoosen, a sheet metal fabricator from Yreka, California in October 1952. Made of galvanized metal and aluminum, the camper includes a double-size bed with underbed storage, aluminum storage cabinets, shelves, and a heavy-duty diamond-plated rear bumper. The slope-sided camper, which sports five windows, has a platform on top, making it a prime location for viewing nature as well as auto and motorcycle racing events. Other features of the rig include 5-gallon gas tanks on the side running boards, a driver’s side spotlight, and two toolboxes.

This truck and camper’s significance takes on greater historical importance as it was reportedly the last vehicle to transport McQueen from his Santa Paula home to the Ventura County Airport on November 3, 1980. From there he went for his final cancer surgery in Mexico after being diagnosed with mesothelioma the previous year. Accompanying McQueen in the camper was the Reverend Billy Graham. According to Graham, McQueen peppered him with questions about the afterlife on this last ride. Graham read a number of passages from the Bible and they prayed several times. After “amen,” Graham instinctively handed over his Bible to McQueen, who reportedly was clutching it when he passed away a few days later.

The truck was first sold at the Steve McQueen Estate Auction in 1984 at the Imperial Palace in Las Vegas, Nevada. Included are an original Certificate of Authenticity from that auction, signed by Terry and Chad McQueen, as well as, the auction ticket and advertisements, the original 1959 California license plates, and three California title “pink slips” in Steve McQueen’s name. The asking price is $115,000 USD. 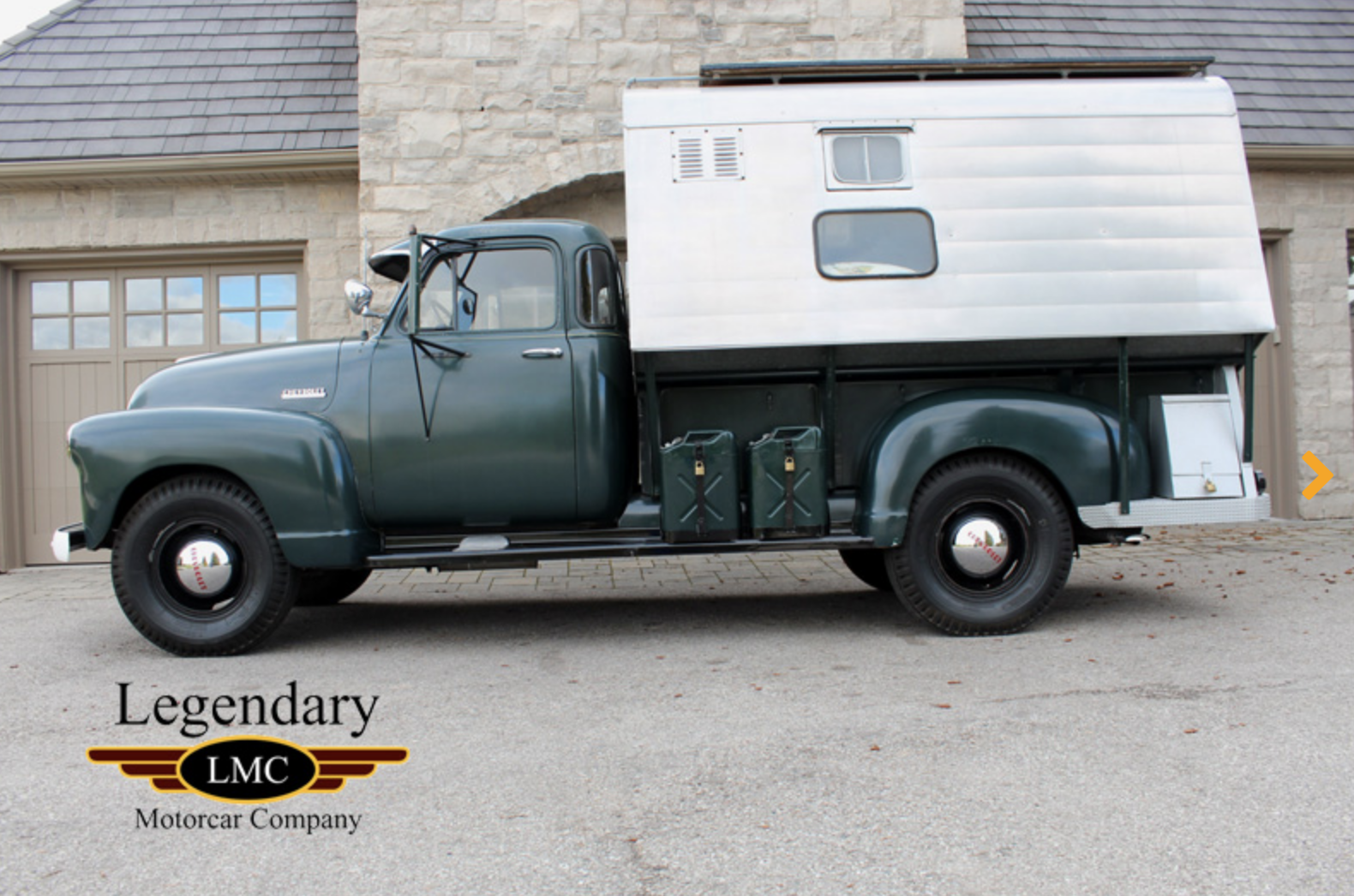 It seems like everyone wants a slide-in truck camper in 2021, yet some potential buyers are still hesitant to take the plunge. The one thing that holds some people back is loading the camper—it’s a [read more]

For consumers looking to buy a new RV, most never consider a truck camper and we think that’s a serious mistake. Today’s truck campers possess the same accouterments as the finest motorhomes and fifth wheels [read more]