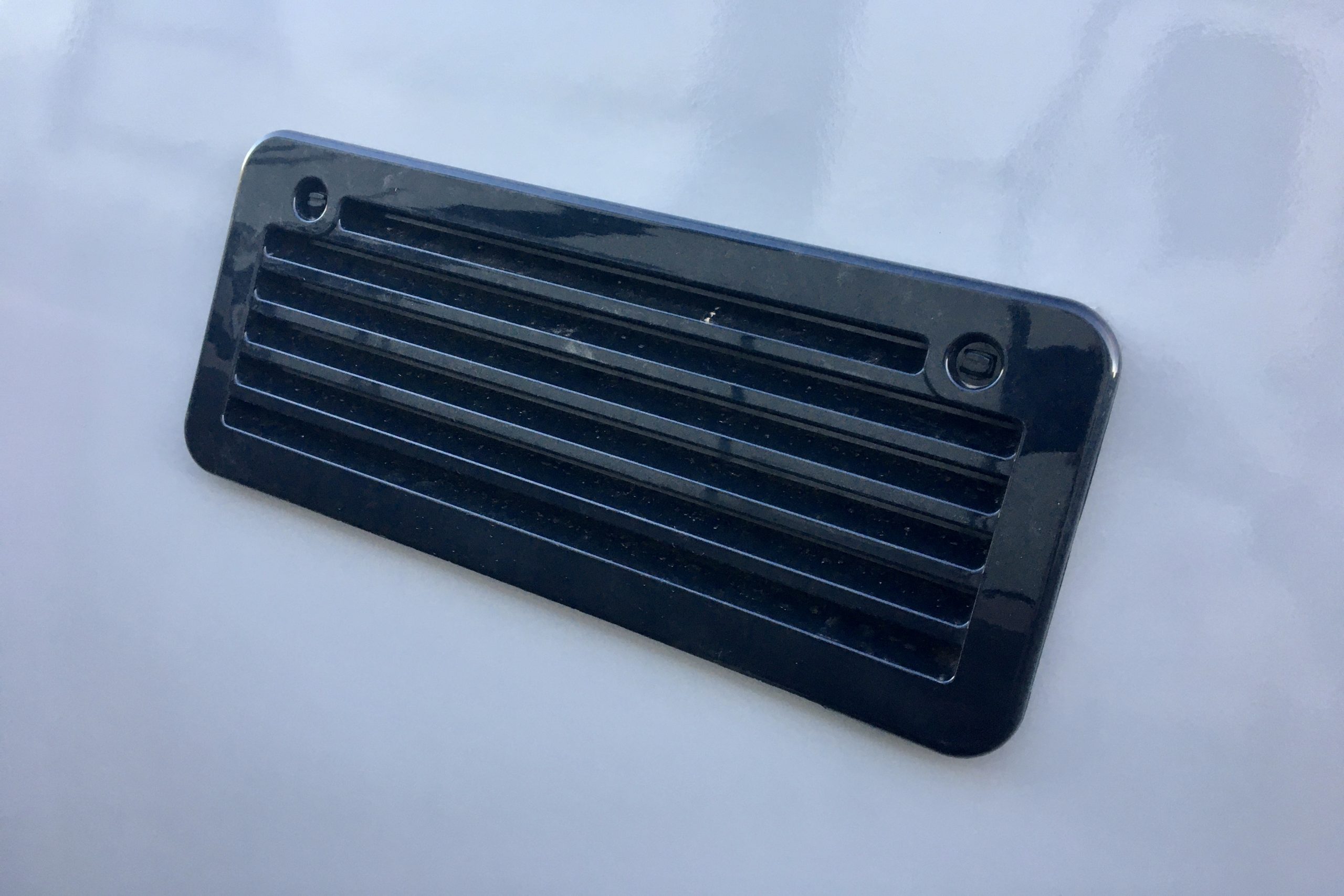 Have you ever had an idea that looked great on paper, but discovered it wasn’t so great when the idea was put into practice? We recently had this happen to us after ordering our Bundutec Roadrunner. Since we opted to go with a DC compressor refrigerator we decided to build the camper without any refrigerator vents. Our thinking was that they let in too much cold air during the winter. This is exactly what happened with our old Northstar Laredo. Huge drafts could be felt around the refrigerator during the winter. No matter how much insulation we stuffed around the refrigerator, the insulation didn’t really help. It was a vexing problem that was never really solved.

We quickly reached out to BundutecUSA owner, Rory Willett, about the problem. Our solution was to mount a small refrigerator vent on the side. This side vent is much smaller than Dometic’s standard refrigerator side vent, yet would still provide our compressor refrigerator with the right amount of ventilation for summer use. It also looks better.

Of course, cutting holes in a brand-new camper takes a lot of courage. You have to be brave to do it. Being pretty handy, I considered doing the work myself to save another 3,000-mile round-trip to Iowa, but one wrong move and we would be screwed. The camper was brand-new and still under warranty. So we decided to head back out to Raymond, Iowa to have the new vent installed there. We’re glad we did. Rory’s team did a great job, cutting the needed hole and mounting new wood framing to make the new vent rigid and strong. Using block foam as framing is NOT a good idea because it compresses over time and can leak. It also isn’t as strong.

So far, the new refrigerator vent for our Dometic CR1110 has worked great. What about those troublesome winter drafts we mentioned earlier? We’ve eliminated those too by using a piece of rigid foam in the vent. This was Rory’s idea. We simply insert it before winter and remove it before summer. The key is finding the right kind of foam, one that is bendable, yet won’t crease or weaken over time. It also has to have enough pliability to allow you to insert your fingers in the frame to remove it, yet provide enough insulation for it to work during the winter.

Do you have one of these vents and have a winter draft problem too? You might want to try using one of these foam inserts. Not only does it help control temperatures inside the camper, but it also eliminates bug intrusion inside the camper—read mosquitoes, spiders, and mud daubers—something Duncan Crawford wrote about at length in a previous article published here. So far, the foam insert has proven to be one of our best winter mods and one of the cheapest and easiest too! If you already have the vent. 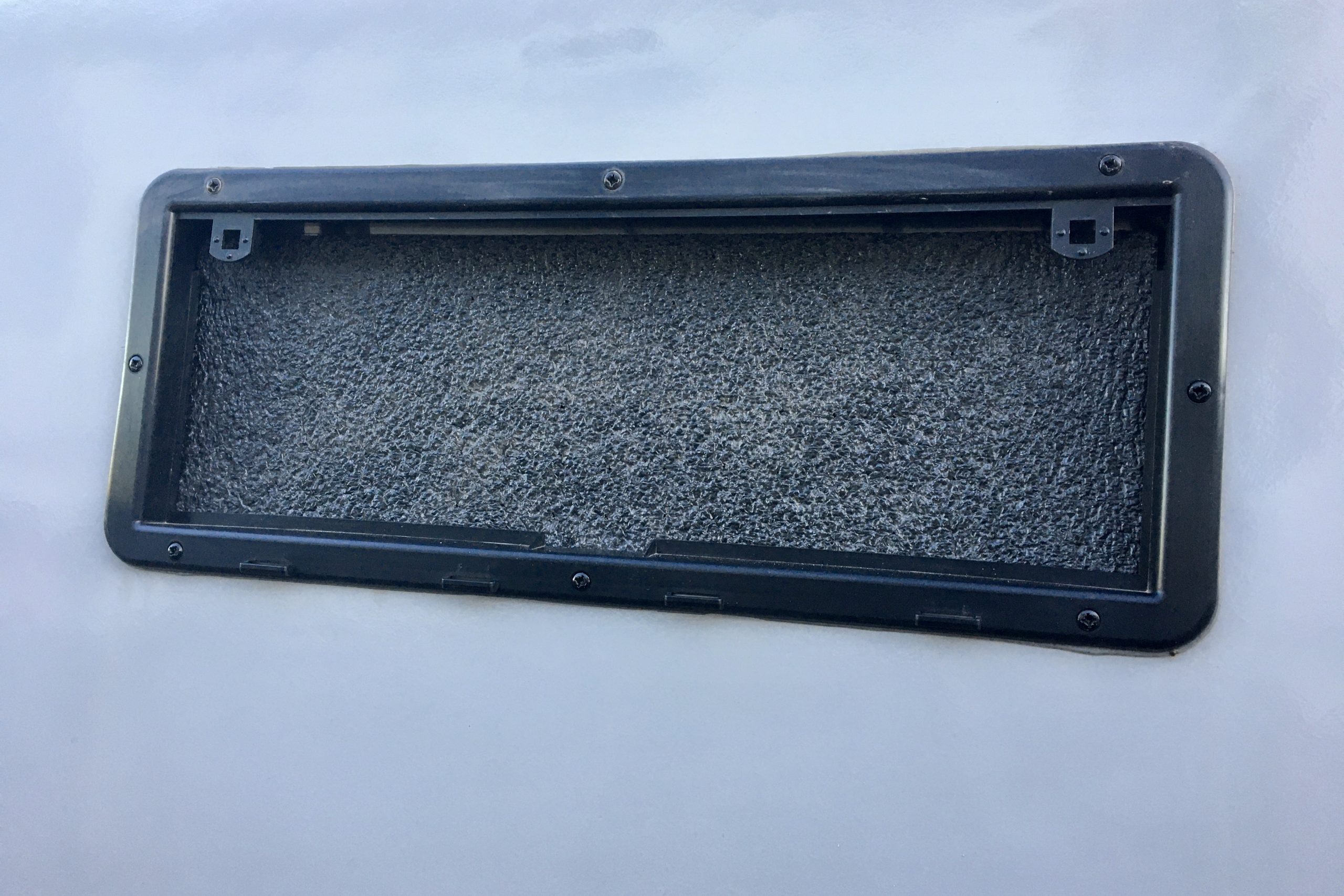 About Mello Mike 644 Articles
Mello Mike is an Arizona native, author, and the founder of Truck Camper Adventure. He's been RV'ing since 2002, is a certified RVIA Level 1 RV Technician, and has restored several Airstream travel trailers. A communications expert, he retired from the U.S. Navy in 2004 as a CWO3 after 24 years, worked in project management, and now runs Truck Camper Adventure full-time. He also does some RV consulting, repairs, and inspections on the side. He currently rolls in a 2013 Ram 3500 with a 2021 Bundutec Roadrunner truck camper mounted on top.
Website Instagram YouTube

Kiel Hauling in a Truck Camper From Coast to Coast

Progress is being made on our new Bundutec Roadrunner. Offering the latest technology, this custom, all-new camper will feature the same general layout as our old Northstar Laredo SC truck camper, yet will offer several [read more]

It quickly becomes apparent after surveying the hundreds of vehicles at the Overland Expo that overland rigs come in all shapes and sizes. At the show, you’ll see everything from motorcycles, Land Rovers, and Jeeps [read more]