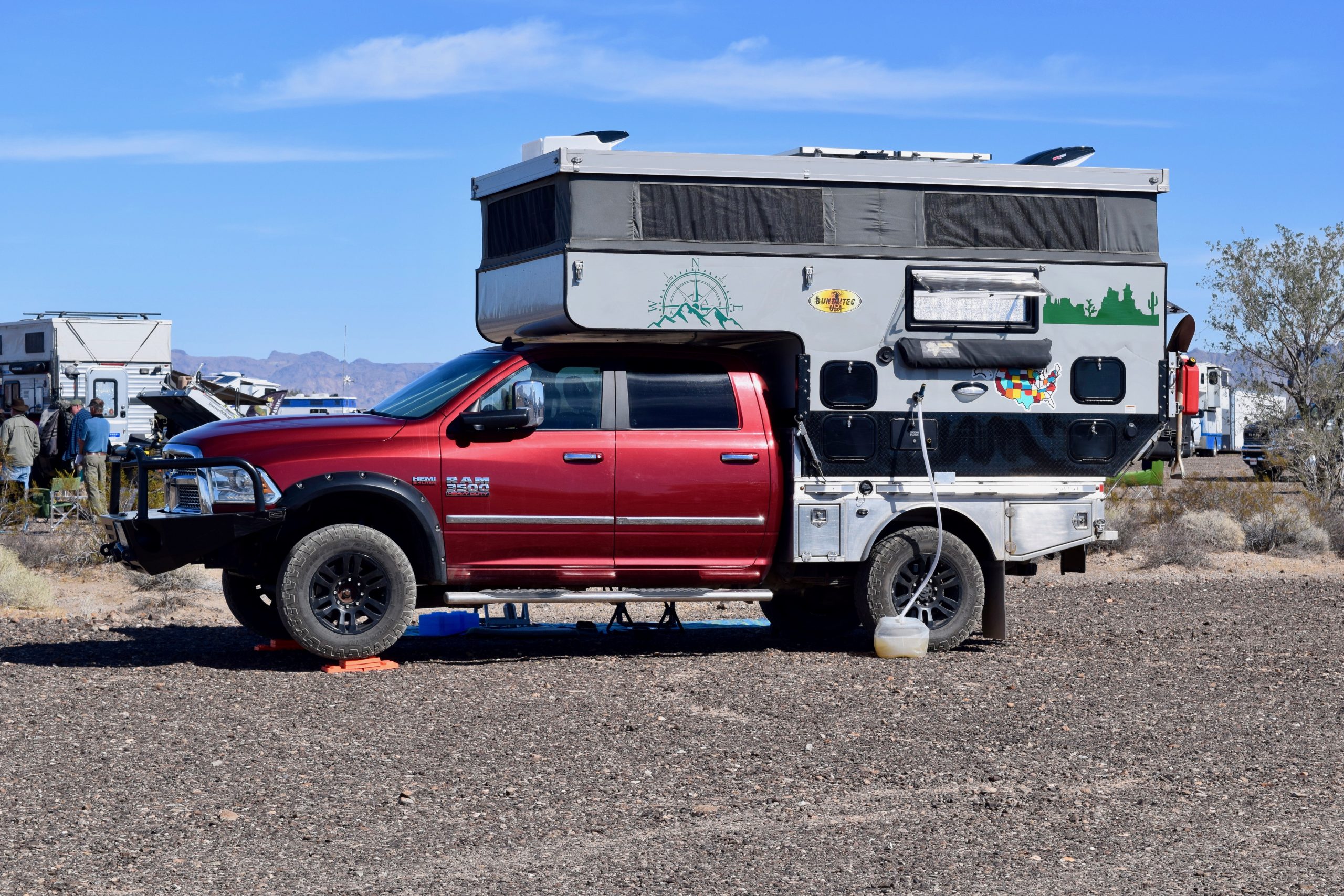 While the goal of most Truck camping adventures is to get away, unplug and unwind from the busy and crazy lives most of us lead now, there is a legitimate need to stay in touch with the outside world. We need to use a device to navigate a route, keep in touch with family and friends, work or contact emergency services in the event we need help. In addition to a cell phone, people are carrying tablets, Emergency Beacons, GPS units to name a few. The challenge, of course, lies in where to safely mount these devices that are accessible and rugged enough to withstand the vibrations generated by stiff suspensions on washboard roads.

For a few years now, I’ve been using a floor-mounted pedestal from Ram Mounts in my Ram 3500 that attaches directly to the passenger seat bolts. It incorporates a swing arm to which I mounted my Apple tablet that serves as my primary navigation tool utilizing downloaded maps on Gaia. It’s solid and gets the job done but it’s quite large, takes up space on the passenger side, and blocks the center console cup holders as well as the view of the in-dash radio screen. There are some new players in the market now that make smaller, less intrusive mounts designed for all the major truck brands and are reportedly as rugged as Ram while taking up far less space. The best known is 67 Designs, but Bulletpoint Mounting Solutions offers a similar product, again with designs specifically for major truck brands. There are some YouTube videos comparing the two and my conclusion was that they both perform as advertised and are tough enough to endure all the abuse electronics take off road.

I chose BulletPoint primarily because they donate a portion of their profits to organizations supporting the military and first responders. For my 2015 Ram, there is a small tray on top of the dash and Bulletpoint has specifically designed their mount for that space (other vehicles may have different options). They offer a few options including several different phone mounts, single or double mount capacity and holders for GoPro cameras and tablets. 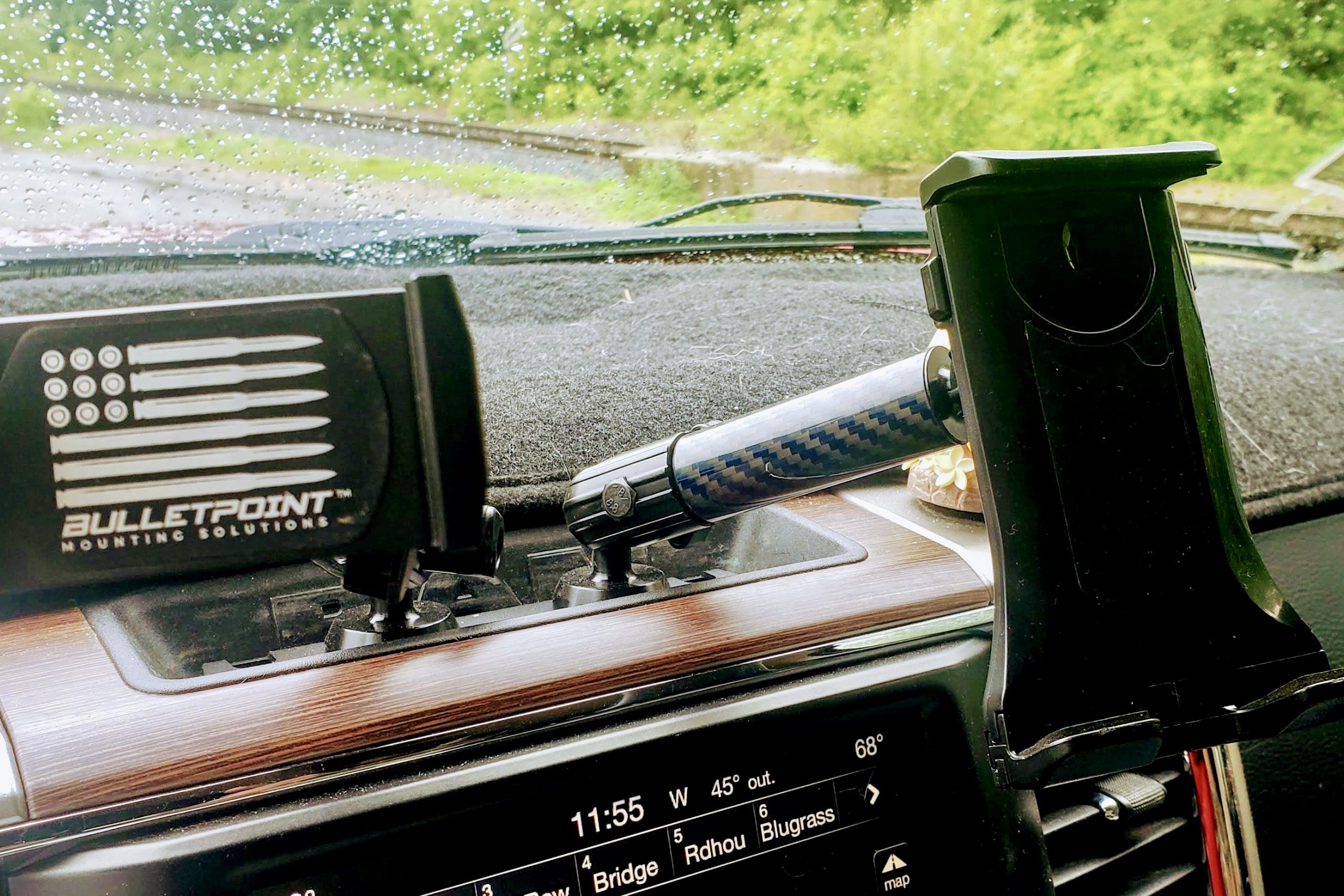 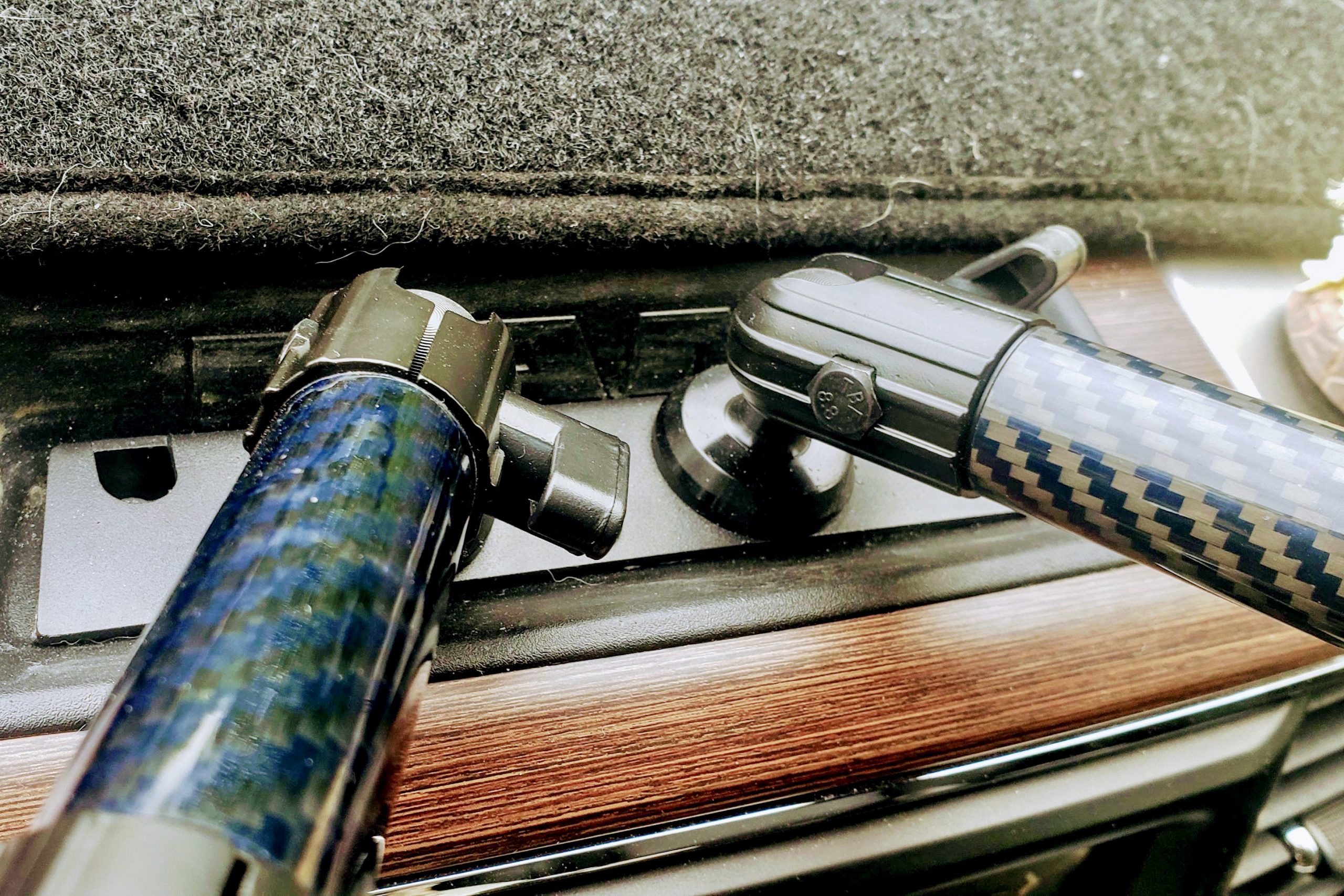 I chose a double mount for my phone and tablet and the items arrived quickly and well packed. The arms are made of Kevlar and carbon fiber and are quite light. They utilize a 20mm ball to which you mount the various device holders (Ram Mounts uses a larger ball so their arms and holders are not compatible). The instructions were well written, and all the necessary screws were included. I had it mounted in about 10 minutes and spent a few more mounting my phone and tablet where they are visible, but did not block the view out the windshield or of my internal vehicle screen.

My initial test involved spending a day driving a back-road route in southern Minnesota. The first 5 miles or so were very rough and wash boarded and while the arms moved some, the devices stayed secure and never came out of adjustment. The rest of the 70-mile-long route was a mixture of dirt and gravel and blacktop, the mounts were solid and took up a lot less room than my previous setup.

To give them a really good test, I drove the Trans Wisconsin Adventure Route that runs from the Illinois border to Lake Superior, a distance of about 650 miles. Most of the route is gravel and dirt and there was a fair amount of wash boarding. The iPad was solid, provided a great view for navigation purposes and didn’t block the cup holders or the radio screen. In fact, the Ram pedestal mount, soon to be removed, vibrated much more

In conclusion, I really like these mounting solutions. If I had to rate them from 1 to 5 with 5 being best, I would absolutely give them a 5. They work as advertised, keep devices secure but accessible and are small enough to not interfere with cup holders or block the visibility of internal screens and gauges. I am looking forward to testing them out further on some upcoming extended trips. 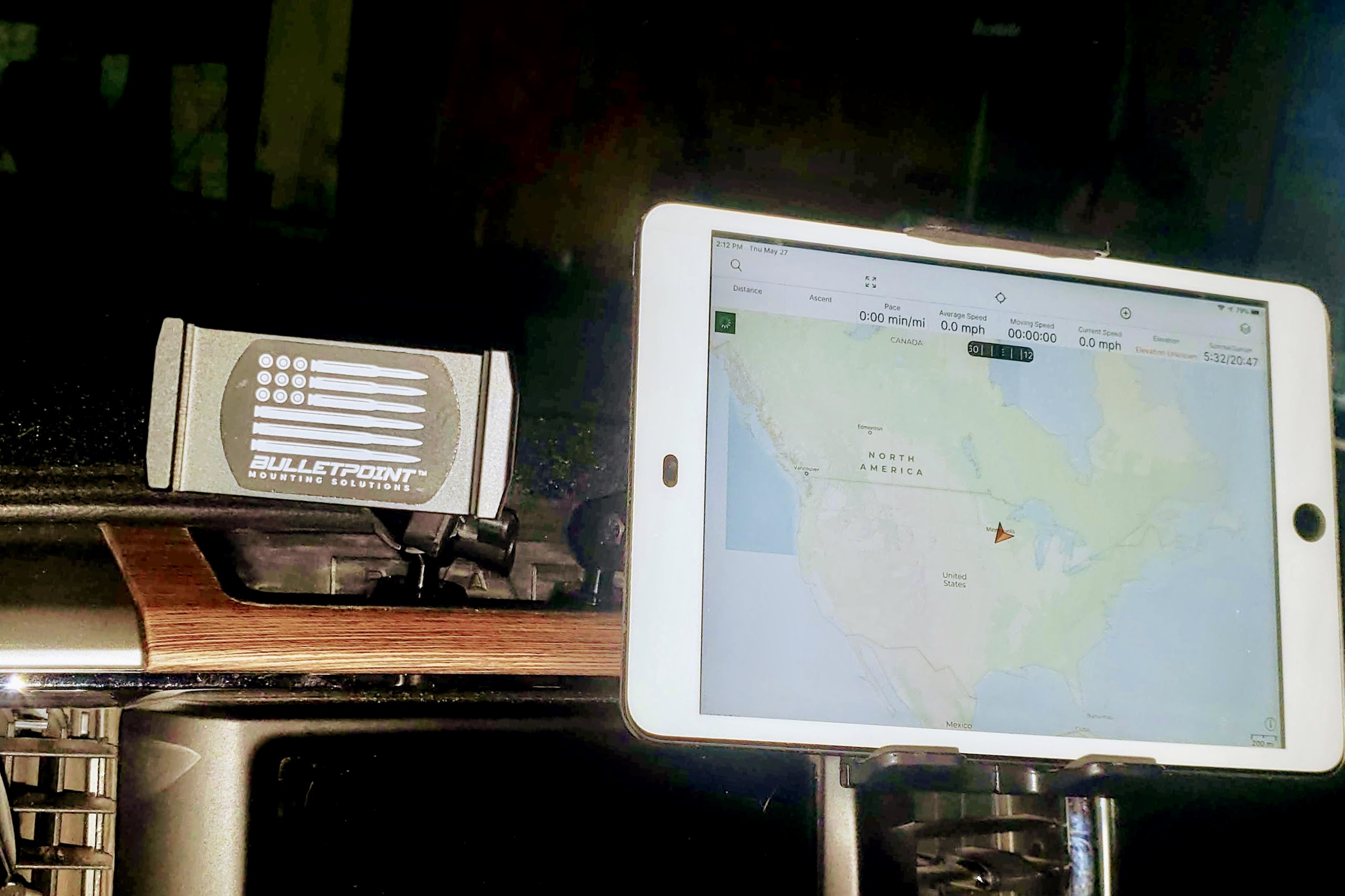 About Kevin MacAfee 6 Articles
Kevin and Linda live in Minnesota and spend part of each year visiting family in Vermont and exploring the National Parks and public lands throughout the American West. Boondocking in remote areas is their passion and the truck camper is the perfect vehicle to make that happen.

The bane of most truck campers is the lack of storage. While many solutions to solve this vexing problem exist, this backseat drawer system modification, by Jeff Gunn, is one of the best. On October [read more]

The aftermarket fender flare has become a very popular modification over the years. The primary function of the fender flare is to provide more tire coverage. This extra coverage not only prevents rocks from being [read more]

Review of the Desert Does It Front Molle Mount

When I first bought my 2015 Ram 3500, the center console appeared big enough for a small child to live in. In my wildest dreams, I never imagined that it would ever get filled with [read more]