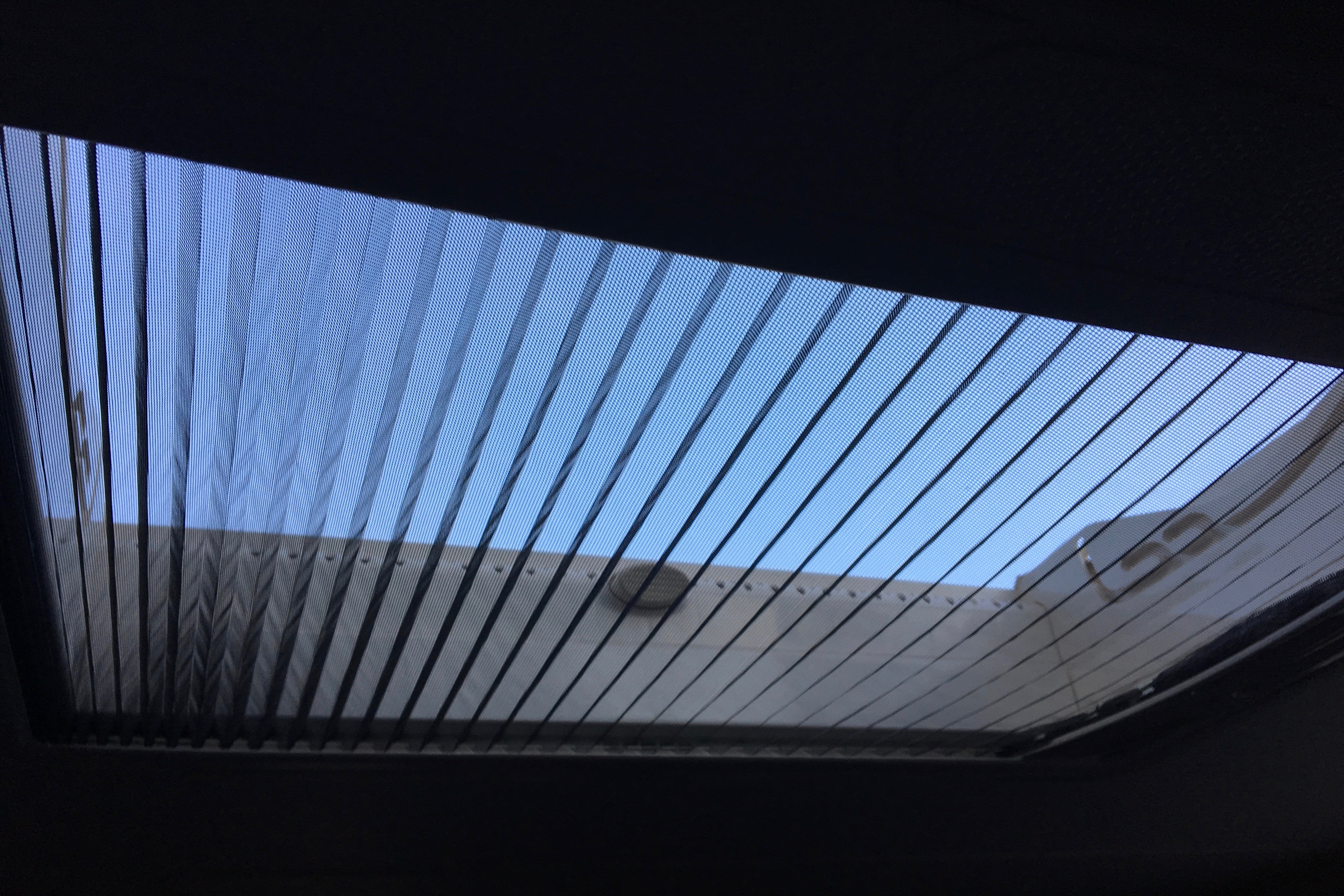 The Dometic Midi-Heki Vent has a mixed following in the RV community. Some have a love-hate relationship with the imported vent, while others simply love it or hate it entirely. One unhappy owner in a forum rightly called the expensive and complex vent, “nicely conceived, but very poorly executed.” Unfortunately, he’s right. Most who have this vent love the terrific views and fresh air that the vent provides, yet hate how it overheats and is prone to breaking. Being a European import, it’s also a very expensive vent to buy repair parts for. The biggest problem with the vent is that its made out of plastic and acrylic. Neither is very durable. The acrylic dome is prone to cracking from large hailstones, while the plastic components found inside the vent are prone to breakage from UV rays and heat after years of use. The sun and heat are particularly troublesome for those who live in warm and sunny climates like those found in Texas, Arizona, and Florida.

One particularly troublesome issue relates to the sliding bug screen-privacy shade. The entire mechanism consists of a complex arrangement of spring-tensioned strings that are kept in place by retainer tabs found on the top of each slider bar. The problem with these retainer tabs is that they can be weakened over time from UV exposure and heat and can break, unraveling the strings and leaving the owner with one, big tangled mess. Unfortunately, replacing the bug screen and privacy shade assembly will set you back an eye-popping $368 if you order a replacement from Dometic. This works if you have the funds to do so, but a better and cheaper way to address the problem is to use a tiny wood screw instead. Yep, you heard me right—a tiny wood screw.

Overall, the repair is quite simple. Before you start, however, you’ll need to remove the entire lower assembly of the Midi-Heki Vent from the vent opening. To do this, remove the four retainer screws—two screws on either side, which can be found underneath the ventilation grid covers. Once the assembly is removed, place it on a large flat table or workbench with a large towel or blanket to protect the assembly from scuffs. Next, drill a tiny hole and insert the wood screw where the broken tab used to be. Use a wood screw only as the top is flat and won’t catch on any of the vent’s internal parts. You’ll also want to make sure the screw is inserted far enough so that the top doesn’t protrude and catch on anything as the slider bar is slid back and forth. The idea with the repair is to create a way to keep the string taut and in place as the slider bar is moved. The photo below illustrates where to insert the screw.

Hopefully, the affected string in your vent didn’t become completely unraveled after the tab broke. Consider yourself lucky, if it didn’t. If it did, then you might have a bit of a challenge putting it back. Unfortunately, Dometic doesn’t offer detailed instructions on how to restring a Heki, only a basic diagram, but Rory Willet, the owner of BundutecUSA, explains how the strings are connected and work better than anyone else we know. “There is an anchor end and a spring-tensioned end,” he said. “There’s a spring in each corner that’s in the opposite corner of the anchor. The string runs into the plastic slider bar, across to the other side, down the side of the trim ring and anchors to the corner. There’s a spring in each corner. One end, the springs stick straight out the end the other side the springs are 90 degrees, coming out the side. So they zig-zag, keeping everything relatively square.” The official Dometic replacement parts diagram below helps illustrate Rory’s description.

Hopefully this fix addresses your problem with the vent. If not, then you’ll probably need to order a replacement part. If you need to go this route, we recommend going through the manufacturer of your RV rather than going through Dometic. It’s cheaper and easier that way. Not only that, but you’re better off ordering a whole vent rather than ordering a large part. For example, a replacement dome from Dometic costs $652, while the complete bug screen-privacy shade assembly with the alignment strings costs $368. You can get the entire Heki Vent from your manufacturer for about $700. Sure, this approach is expensive, but you’ll have every replacement part you’ll probably ever need for a lower price than what you can get from Dometic. However, if a small replacement part is all you need, then going through Dometic might be the best way to go. To order a part, you’ll need to know the model number of your Heki Vent and the part number before you call them. For your convenience, we’ve provided Dometic’s official parts list here. For additional information and tips on using the Dometic Midi-Heki Vent, check out our recent review.

Dometic Group, global supplier of comfort and convenience products for the recreational vehicle (RV), automotive, truck, marine and lodging industries, announced recently that it will showcase its new Powered Vent at the 2016 Elkhart Open [read more]

Truck Camper Adventure is proud to present Mello Mike’s Truck Camper Musings and News, a quarterly editorial and news brief about truck camper life and happenings in the truck and truck camper industries. 1. A [read more]