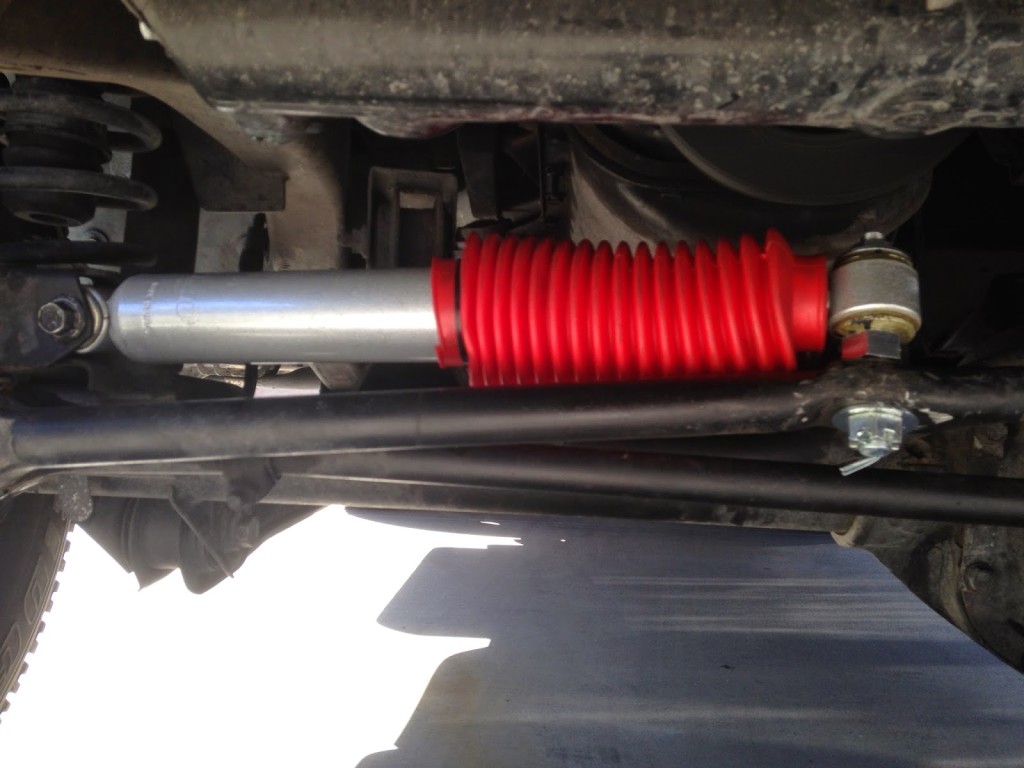 With the recent purchase of a 1998 Jeep Wrangler, swapping out the old OEM components that are prone to wearing out from age and use like shocks, fan belts, and hoses will be important. A recent drive on the highway revealed a slight wobble at 59 mph. The wobble always appeared at this speed. When I slowed down the wobble went away; when I increased the speed the wobble remained. Now this wobble wasn’t as severe as the dreaded death wobble that is common with Jeeps, but it was bad enough for me to take notice. Fortunately, the fix for a slight highway speed wobble is easy and most of the time requires you to simply balance your tires. This was the case for me.

Soon after the initial wobble incident, I pulled my Jeep into the garage and took a close look at the steering components. This was something I wanted to do anyway, but this wobble issue gave me extra incentive. Fortunately, the front track bar, steering, and control arm bushings were all good, but I did discover that the original steering stabilizer was pretty shot and offered little resistance. I looked at several makes of stabilizers but decided to go with the Rancho due to its good reviews.

The installation of a steering stabilizer is pretty straight forward. It’s easy to reach and there are only two bolts and nuts that need to be removed. Unfortunately, what often looks easy, isn’t always the case with a 17-year-old truck. The bolt attached to the control arm was completely seized and wouldn’t budge. After a couple hours of whacking and cussing with a hammer and breaking a pitman arm puller, I had to rent a pneumatic hammer that finally knocked it loose. I didn’t know it at the time, but a seized steering stabilizer is a pretty common problem with Jeeps.  I found numerous YouTube videos and threads on Jeep Forums about this issue.

Anyhow, the pics show the new stabilizer. The difference between the OEM stabilizer and the new Rancho stablizer is pretty dramatic. It looks much better, too!

Tail lights are meant to be seen and my Jeep Wrangler’s lackluster, 17-year-old OEM tail lights were barely cutting it. Without a doubt, this was an upgrade that was needed not only for looks, but [read more]

It’s finally here! After years of whisperings of a Jeep Wrangler pickup truck being released, FCA is finally doing it by revealing the brand new Jeep Gladiator at the 2018 LA Auto show today. Previously [read more]

Making Your Own Jeep Survival Kit