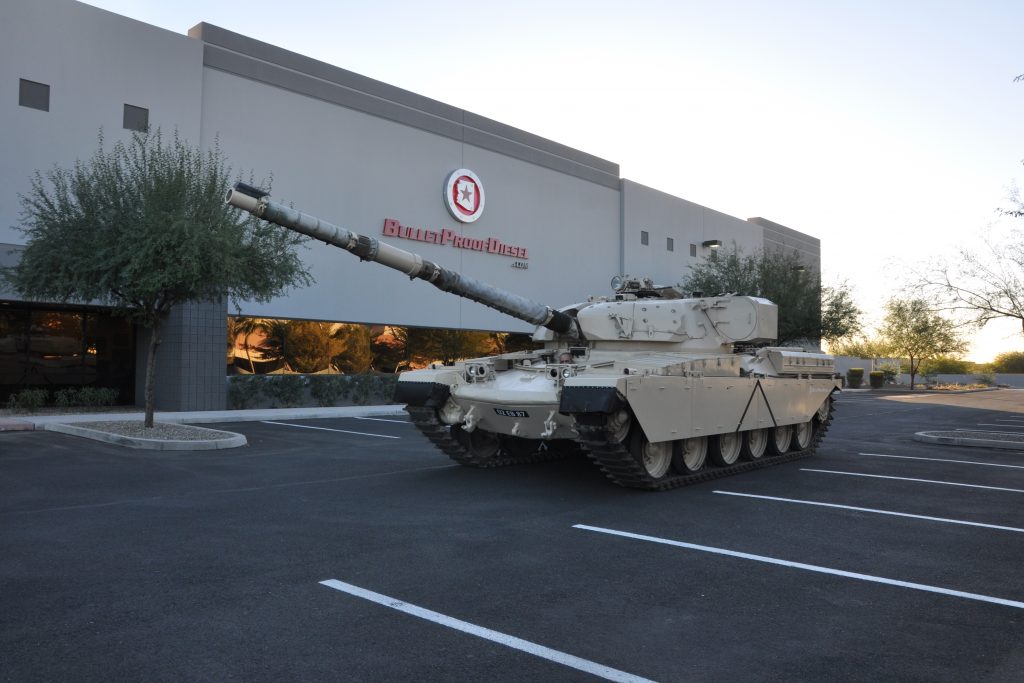 If you own a Ford truck powered by the Navistar 6.0L Power Stroke turbo diesel, you’ve come to the right place. In this interview with spoke with Bullet Proof Diesel’s Director of Marketing, Jeff Dahlin. Based out of Mesa, Arizona, BulletProofDiesel.com is a great American success story. Started by brothers, Gene and Ken Neal, Bullet Proof Diesel has become a force in the diesel industry. But Bullet Proof Diesel doesn’t make diesel engines, they just make them better. Indeed, the company made its name by fixing the numerous issues found in the Ford 6.0L. There’s no doubt about it, aside from the manufacturer, nobody knows the Navistar 6.0L Powerstroke turbo diesel better than the good folks at BulletProofDiesel.com. Nobody.

Thanks, Jeff, for taking the time to talk. How long has BulletProofDiesel.com been in business?

Jeff Dahlin: Bullet Proof Diesel was established in 2009, but the roots of the company go back several years before. Our two founders—brothers Ken and Gene Neal—have been involved in desert truck racing for many years, and started noticing problems with the reliability of the support vehicles. Turned out, a whole generation of Ford trucks was experiencing the same issues. With a background that included professional auto repair and diagnostics, as well as mechanical engineering, the Neal brothers went to work solving the issues that seemed inherent to these diesel-powered Ford pickups. Once the word got out that some fixes were available for this engine, 6.0L owners were extremely interested to get their hands on them, and Bullet Proof Diesel was born, right here in Mesa.

Are all of your products made here in the USA?

Jeff Dahlin: Actually, the vast majority of what we sell is produced here in-house. Welding, machining, braising, and even laser engraving are done right here in Mesa. We employ a great group of employees and are proud of our Arizona-made products.

What is your most popular product?

Jeff Dahlin: A more resilient EGR cooler is something that 6.0L owners really needed, and in fact—helped build the company. Perhaps the most notorious complaint about the 6.0L is that the EGR (Exhaust Gas Recirculation) cooler would rupture, causing coolant to leak into the exhaust and combustion chamber. These components are part of the emissions system, and it’s not legal to drive on public roads with them disabled, so people needed a solution. The Neal brothers designed a much more durable EGR cooler than had been available before, and truck owners started noticing that it really did hold up. 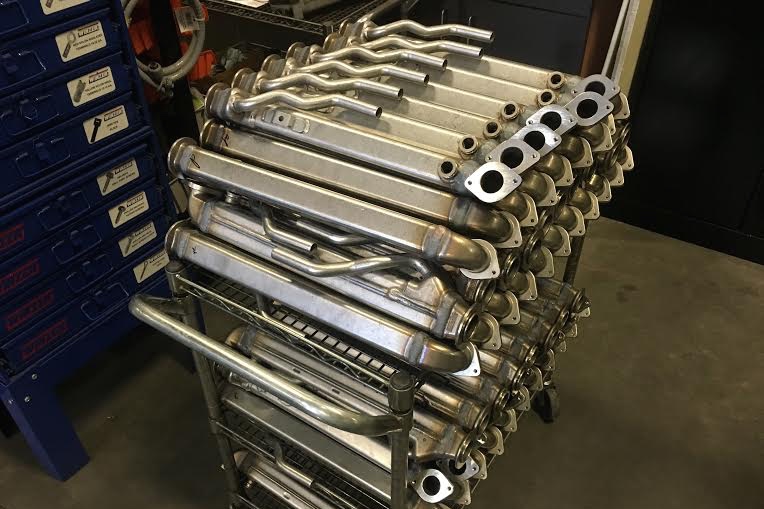 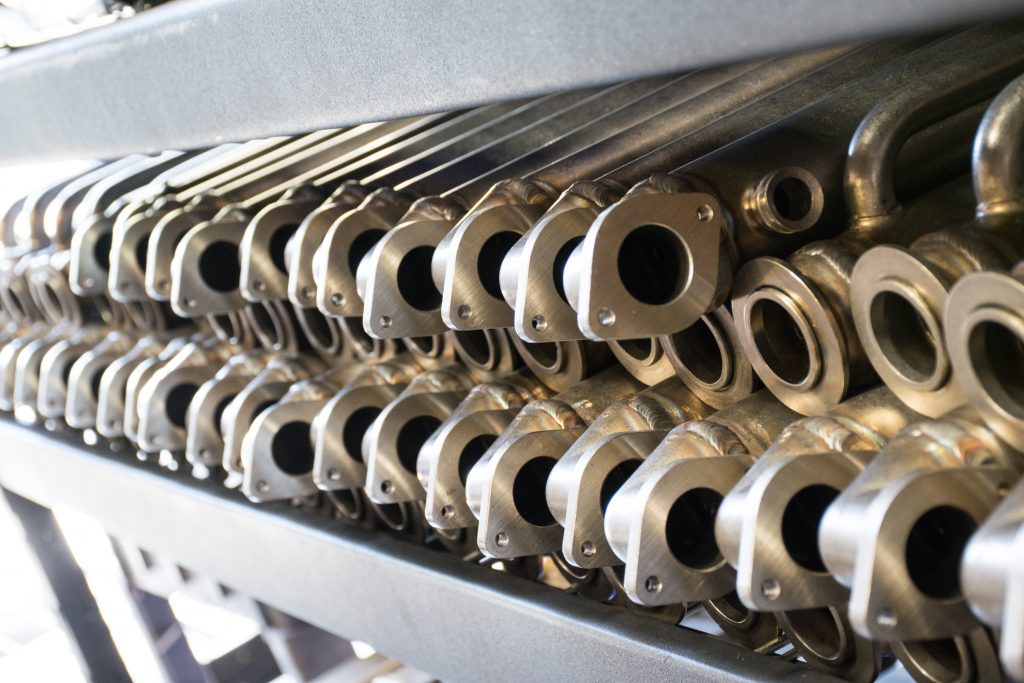 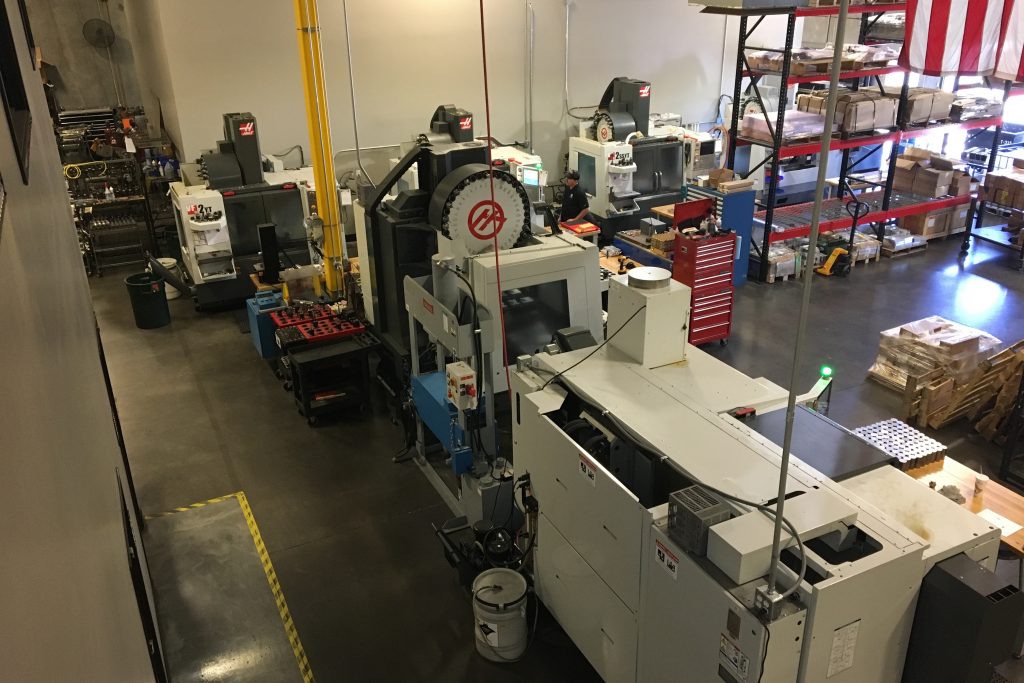 It appears a good number of your products address issues with Ford’s 6.0L Power Stroke diesel. What problems plagued that particular engine?

Jeff Dahlin: That engine is found within a whole generation of Ford pickups—it debuted in the 2003 and wasn’t replaced until 2007. It soon became apparent that there were issues plaguing the engine—we call them pattern failures because they are so specific and common. After Ken and Gene repeatedly tore down these engines and were able to ascertain the causes of the problems, it became apparent that certain parts weren’t able to function as they had been designed. Perhaps the most important revelation was that the oil cooler within the engine was easily clogged by debris in the coolant. When this happened, coolant couldn’t get “downstream” from the oil cooler. As a result, high temperatures in the engine started to cook other components—the EGR cooler, the head gaskets, and even the cylinder heads themselves. So we started by engineering an oil cooler system that wouldn’t allow these problems to result. From there, we looked at what other problems with the engine that we could tackle, and as we had success with solutions, we became known as an authority on 6.0L reliability.

What products do you offer to “bullet proof” the 6.0L Power Stroke diesel?

Jeff Dahlin: Besides the BulletProof EGR cooler and the BulletProof Oil Cooler System, we offer several other products that have been engineered to solve pattern failures within the 6.0L Power Stroke. Ford’s Power Stroke water pumps have a big plastic component—the impeller—which can crack and split over time. We offer an upgraded all-aluminum water pump that will last much longer. Additionally, we found that the fuel injection control module (FICM) within 6.0L engine had a tendency to produce less voltage than is needed for proper fuel injection into the combustion chambers. We produce a military-grade replacement that even has the option for custom boosted voltages. We’ve also found that upgrading the cylinder head bolts is an important step to take with these engines—they have a tendency to stretch under pressure, which will destroy head gaskets and eventually cylinder heads. We offer ARP head studs as a replacement; they are heat-treated and rated for much more strength than the stock head bolts. They effectively solve the problem in most cases. There are a few other problem areas we can remedy within that engine, and when the pattern failures are solved, it’s actually a strong, reliable powerplant.

Where should a 6.0L Power Stroke diesel owner start if funds are limited? What are the most troublesome issues?

Jeff Dahlin: Replacement of the oil cooler system and the EGR cooler are the first steps to take. Unfortunately, neither of those components are particularly easy to access, and require removal of a fair amount of parts that sit on top of the engine to do so. In many cases, our customers don’t want to have to tear into the engine again, so they made some other upgrades during the process.

What do you consider a “Bullet Proof” 6.0L engine?

Jeff Dahlin: When four of the five pattern failures that I’ve mentioned are solved. And really, if you’re going to solve four of the problems, you might as well solve the fifth. Once these issues are resolved, we’ve had customers reach more than 400,000 miles with their 6.0L-powered vehicle.

Do you install your products or do you simply sell them to owners and others to install?

Jeff Dahlin: We do install our products and maintain a full-service diesel shop here on premises. Doing so keeps us on the forefront of what’s going on out there—it’s important we understand what kind of issues people are facing with their vehicles, and if new issues come up. 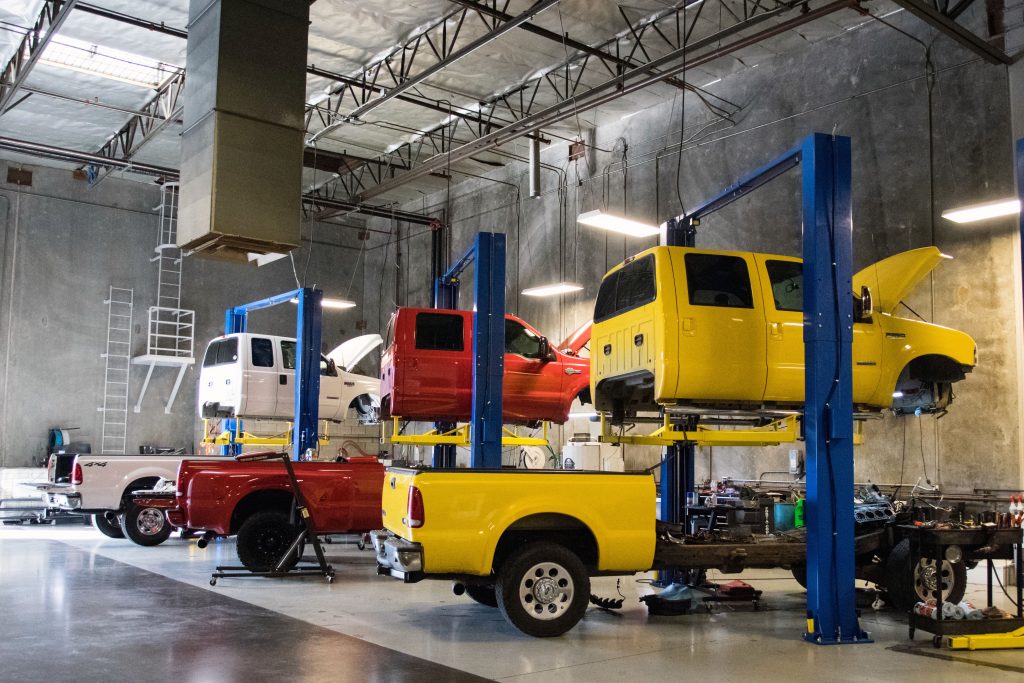 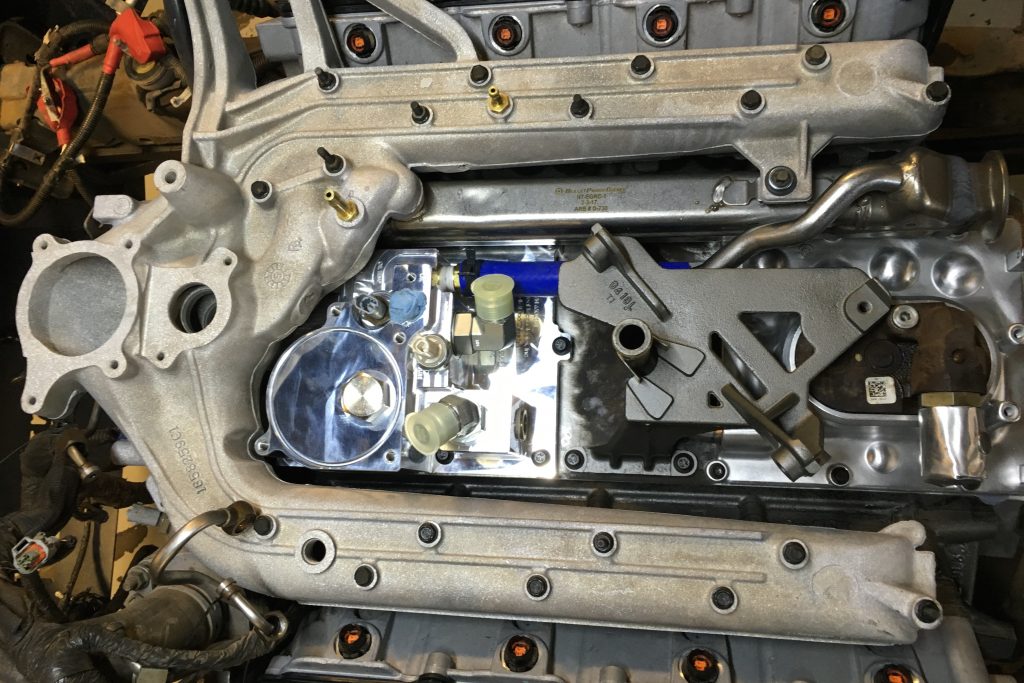 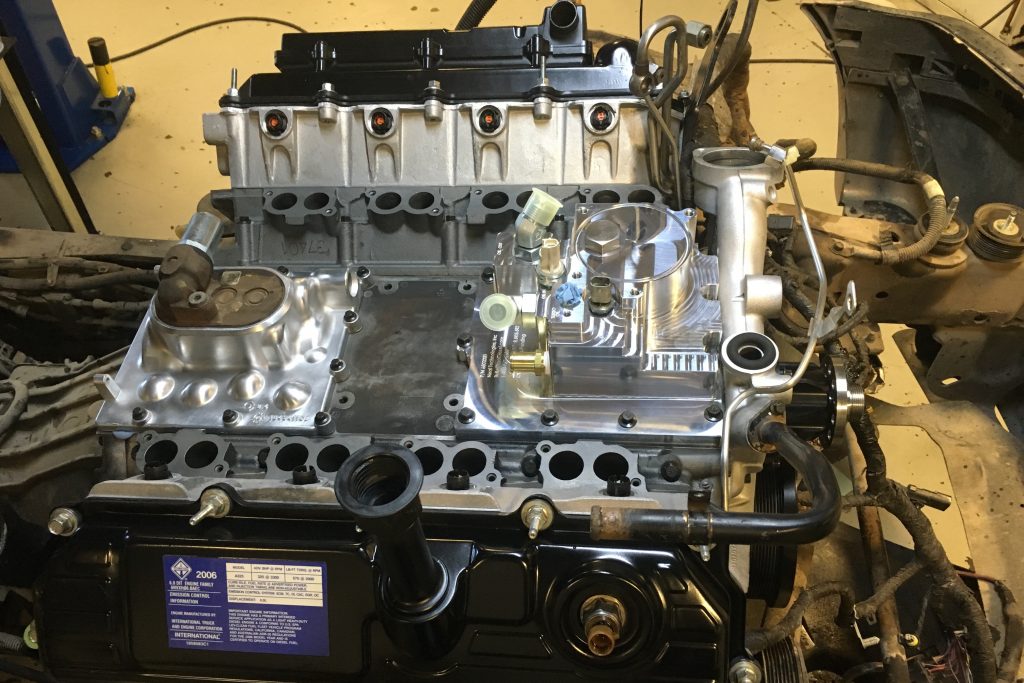 How much does it cost to completely build a 6.0L engine to Bullet Proof Diesel’s standards?

Jeff Dahlin: If you’re a DIY person, you can purchase the parts on our website, and depending on your needs, parts would be between $2,000 and $4,000. If a customer wanted the work to their truck done here in our shop, the parts and labor would range from about $5,000 to $11,000—depending on just how comprehensive the customer wanted us to get.

We’ve been seeing folks buy 6.0L trucks for less than $15,000 and then spend about $10,000 to solve pattern failures. With new diesel pickups reaching as high as $80,000, spending a fraction of that on a 6.0L-powered truck and then using our products to make it reliable is a great alternative.

Isn’t it true that deleting the EGR cooler is illegal? Why do some owners do it?

Jeff Dahlin: Federal law is pretty strict when it comes to EGR cooler removal—it has to remain on the vehicle if public roads are utilized. The EGR cooler is an emission control component, and helps to keep nitrogen oxide from being released from the vehicle. Nitrogen oxide (NOx) can be a significant source of air pollution and can contribute towards acid rain. Some owners have removed the EGR coolers for their trucks, but the vehicle manufacturers are finding ways to prevent this—the “check engine” light can often be triggered by such a removal. We don’t see removal happen as much as we used to, because the EGR coolers we offer (especially when paired with our oil cooler kit) have an insignificant failure rate. Why mess with the legality of your truck if you don’t have to?

Weren’t the fuel injectors also an issue with the 6.0L? Why don’t you offer an improved version of those?

Jeff Dahlin: While the 6.0L fuel injectors seem to be problematic, most of the issues related to them can be directly related to the pattern failures I mentioned. When the FICM isn’t outputting the correct voltage, the injectors don’t function correctly. This can lead to hard starts, rough idle, and general poor performance from the engine. Additionally, if the oil cooler is plugged up, and cooling isn’t happening, super-heated oil can be pushed into the high-pressure oil system. That system actuates the injectors, and too-hot oil can affect operation. With these two problems avoided, the injectors should be relatively problem-free. In essence, 6.0L injectors can be the “victim” of other pattern failures.

Besides the Ford 6.0L Power Stroke diesel, what other diesels have proved troublesome? 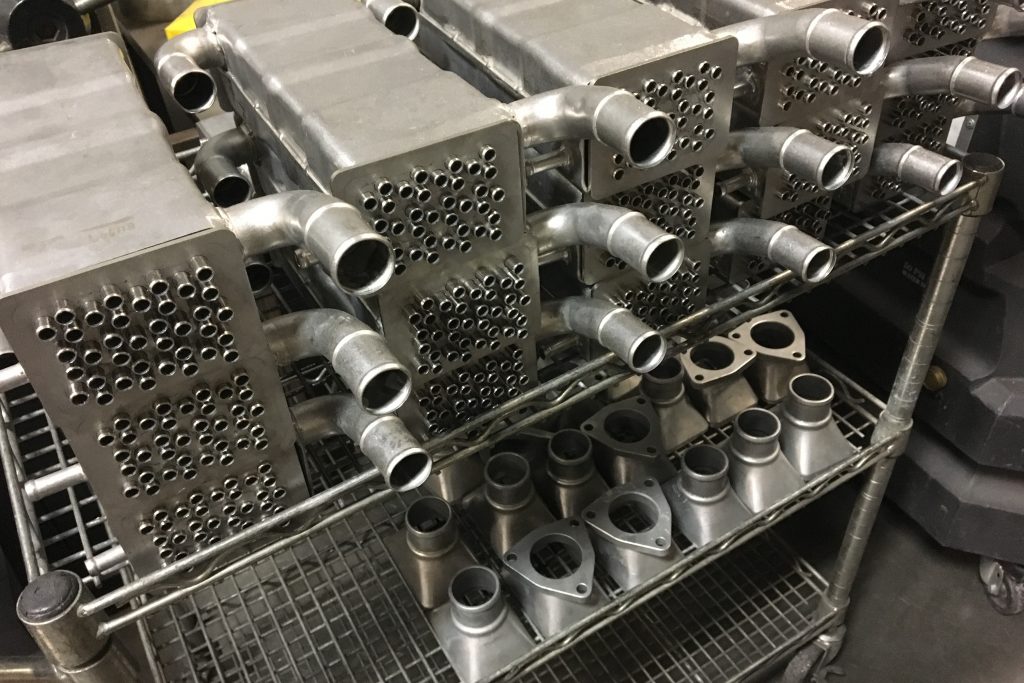 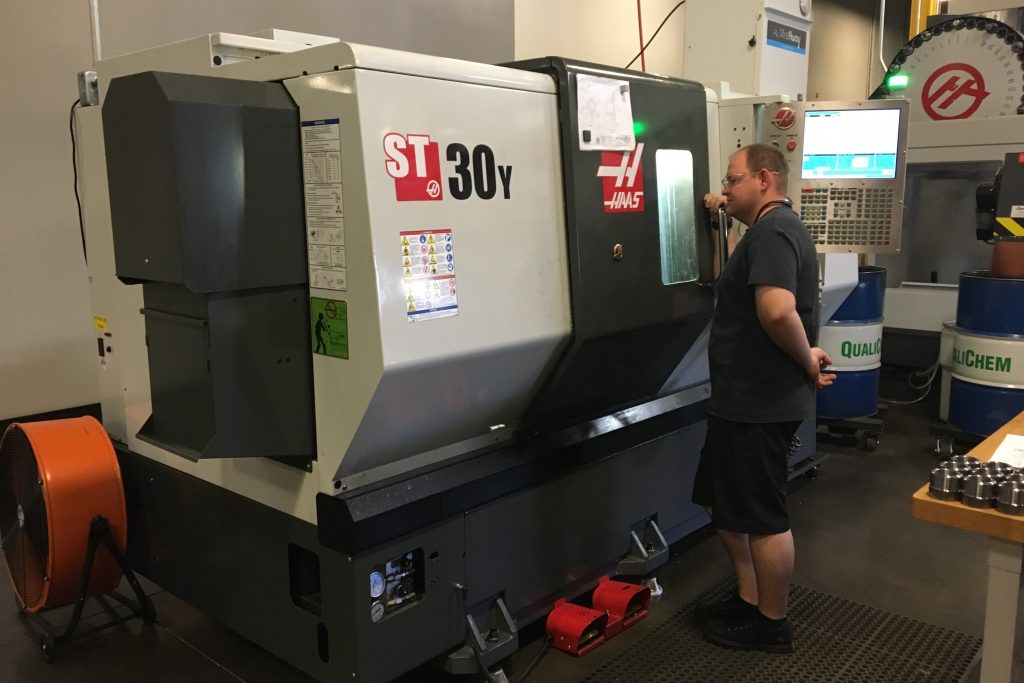 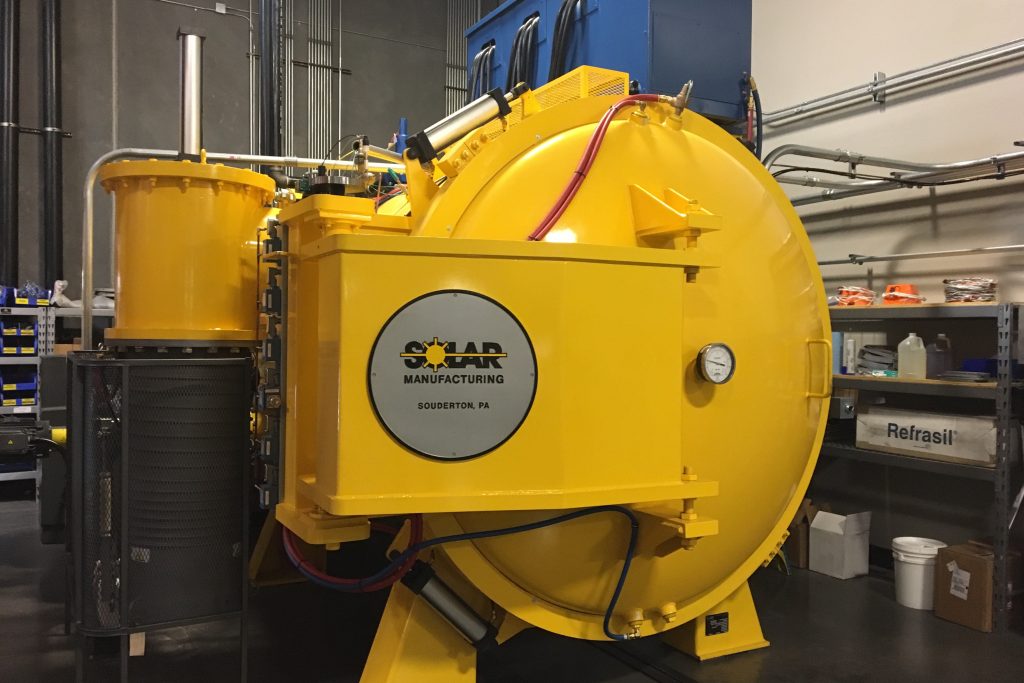 Do you own any patents on your products?

Jeff Dahlin: Yes indeed! Most of our products are patent protected, as they are inventions developed in-house. We believe there isn’t another company in the world that can offer the quality, solutions, and customer service we do with regards to these kinds of diesel-related problems. A lot of frustrated folks come to us, looking for help—we strive to help them understand what’s going on with their trucks, and offer quality solutions. We actually have our patents displayed on our website, bulletproofdiesel.com.

Can you tell us about your warranty?

Jeff Dahlin: The BulletProof EGR coolers and BulletProof oil cooler system offer a limited lifetime warranty. Other products, like the FICM, come with a one-year warranty. I’m happy to report that we don’t often have many warranty claims, but if we do, we take care of our customers.

Thanks, Jeff, for taking the time to talk and to enlighten us about your products.

Jeff Dahlin: It was my pleasure. 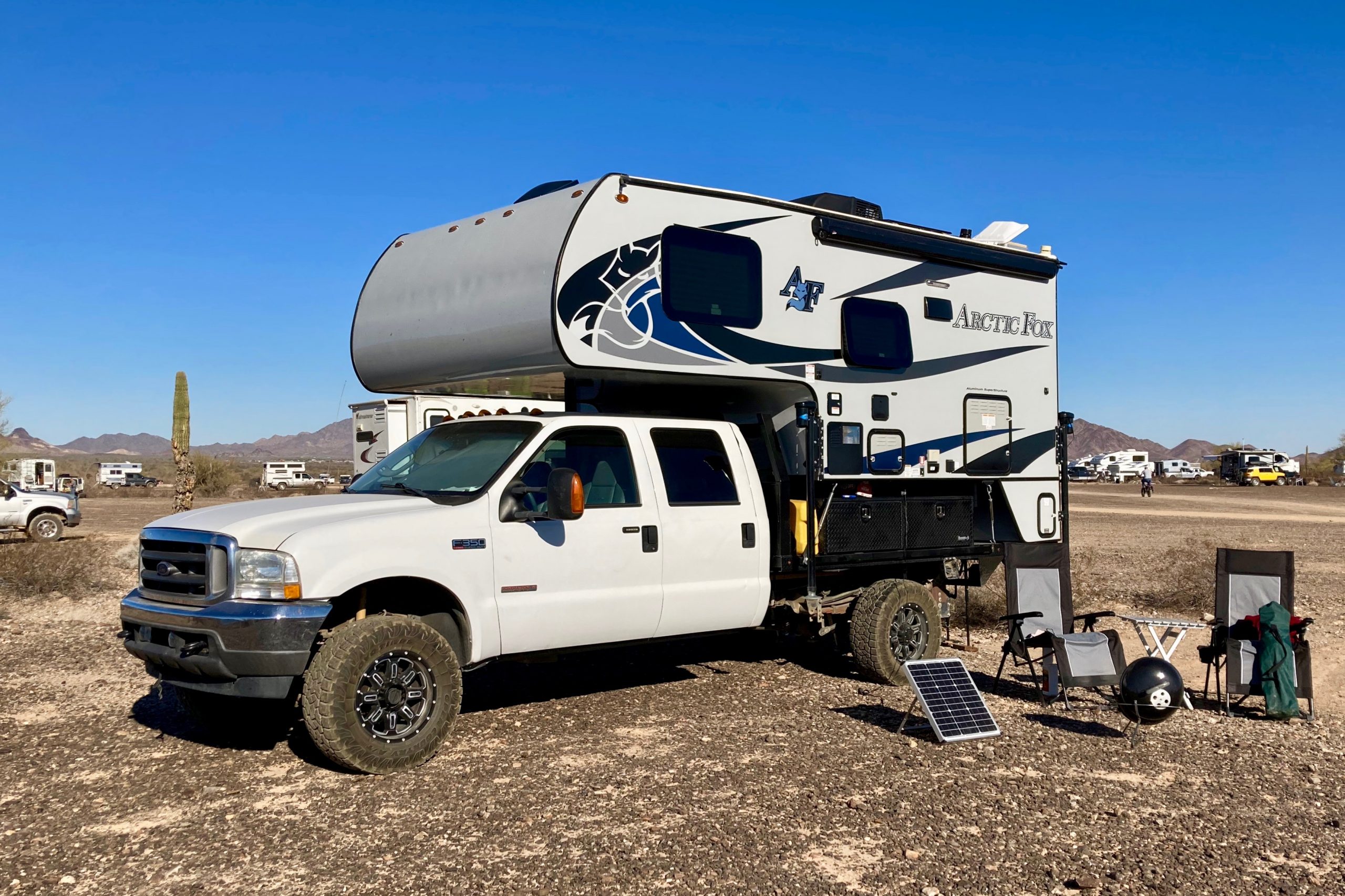 Unfortunately, it happened. Our Ram 3500 Cummins 6.7L truck went into the dreaded “limp mode” on a recent trip here in Arizona. The alarm on the dashboard read, “5 mph Max Speed in 100 mi, [read more]

My wife, Lindsay, and I were pretty naive when we set off to visit Alaska in our customized flatbed truck camper. Ok, we were incredibly naive. We had never camped in our rig before the [read more]

It’s amazing what a few changes can make. After mounting our new Four Wheel Camper Grandby and upgrading the front bumper to a Buckstop TrailReady bumper, it was time to take the rig the local [read more]