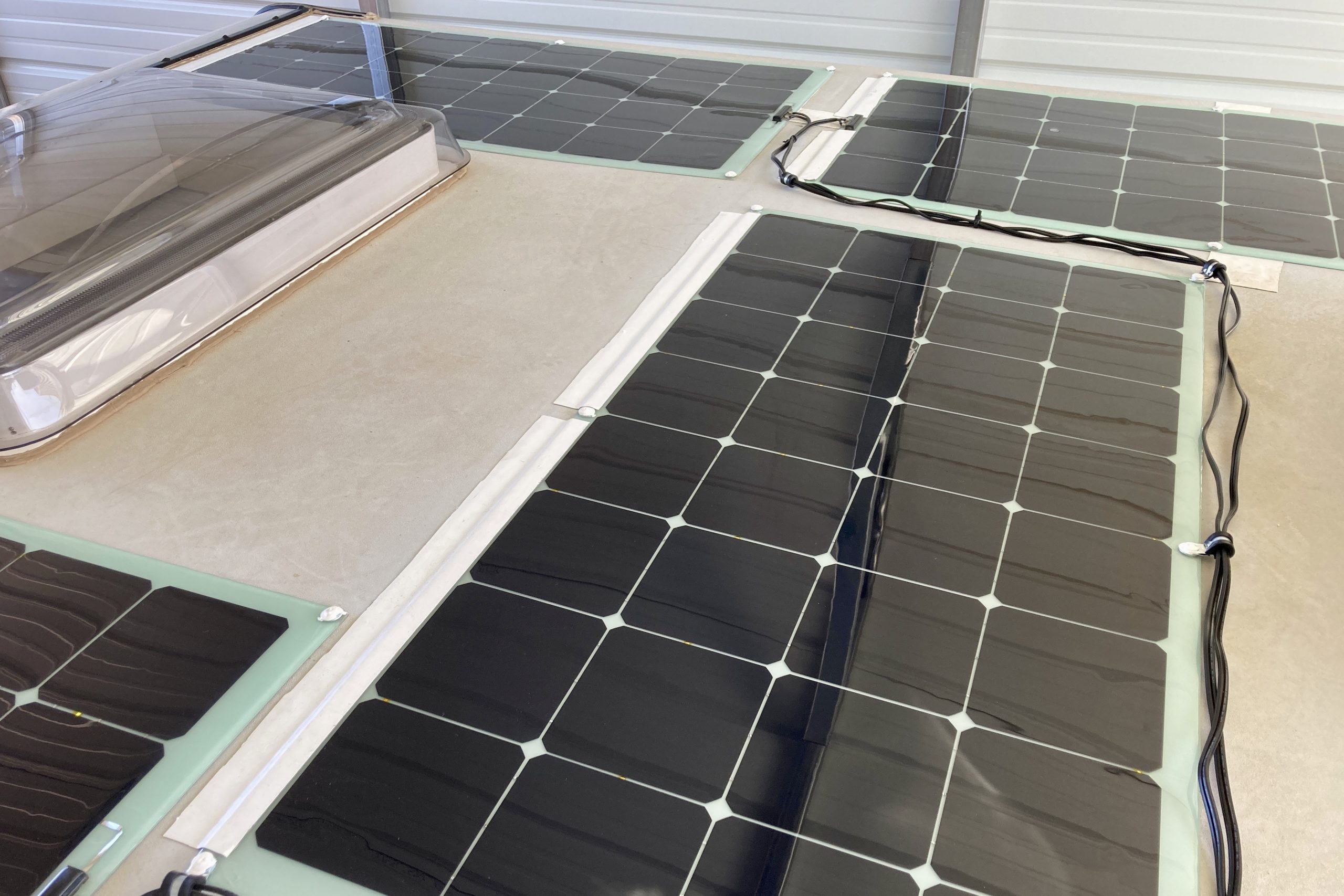 Are you thinking about going solar, but aren’t sure which type of charge controller to buy? You’re not alone. Many have or are currently grappling with that question. Fortunately, when it comes to makes, models, and types of controllers there’s much to choose from. The problem is that this can make things more difficult. Having so many choices can “muddy the waters,” so to speak, and can make the task of making a decision more difficult. Fortunately, you’ve come to the right place to gain some clarity. In layman terms, I’ll explain in this short article the pros and cons of each type of controller, which makes are best, and what features to look for to ensure that you make the right choice.

A simple, yet proven, time-tested design, the PWM charge controller works by sending a series of short, variable duty cycle charging pulses to the battery–like a very rapid “on-off” switch. The controller constantly checks the state of the battery and automatically adjusts how long the charging pulses will be to the battery. When the battery is fully charged the duty cycle almost falls to zero or “off” nearly 99 percent of the time. Conversely, when the battery is fully discharged, the pulses of the battery stay “on” nearly 99 percent of the time. This controller is generally used in RV solar power systems using 12 volt solar panels wired in parallel.

Strengths of the PWM charge controller design include the fact that it is built on a time-tested and proven technology, is inexpensive–a single unit capable of handling 25 amps can be purchased for less than $100–and is durable. The PWM charge controller comes in various sizes up to 60 amps and can be used in all but the largest systems found in an RV (to give you an idea how large a 60 amp system is, a single 120 watt solar panel generates about 6.5 amps). Most PWM controllers being built today provide three-stage battery charging, though some companies, like Zamp, are touting five-stage battery charging.

While the PWM design is simple and rugged, there are some inherent flaws with the design. For one, the PWM charge controller is less efficient since the controller connects the solar panel to the battery directly. This reduces the voltage developed by the solar panel from the nominal 17 volt output to the battery’s voltage, which lowers the power available from the solar panel. Another flaw with the design is that the pulses generated by the device can create interference in radios and TVs. This is due to the lower frequencies typically used in the PWM charge controller compared to the higher frequencies used in the MPPT controller. 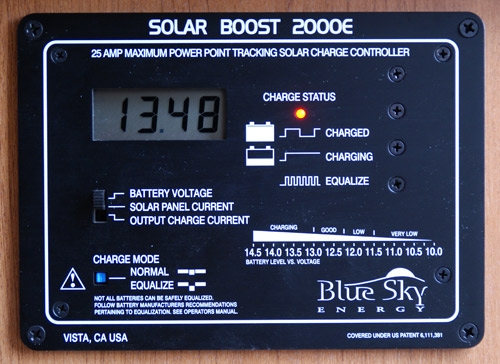 The pros of the MPPT charge controller are pretty significant. It harvests at a high-efficiency rate, generally between 94 and 98 percent, and can save considerable money on larger systems since they can provide up to 30 percent more power to the battery in cold weather when solar panels generate their highest voltages. Moreover, the MPPT charge controller is totally compatible with solar panels of various voltages, such as 24 volt and 36 volt models (just make sure all the solar panel sizes and voltages are the same in order for the tracking function to properly work). These higher voltage solar panels can be wired in series or parallel and are generally less expensive per watt than 12 volt models, thus giving you greater flexibility in the panels you can buy. The MPPT charge controller can also be sized up to 80 amps and beyond, providing greater flexibility for system growth. Most MPPT controllers available in today’s market provide four-stage battery charging.

Cons of the MPPT controller include greater cost, two to four times more to a comparably sized PMW controller, and greater physical size. However, the pros associated with the unit’s efficiency and features far outweigh the cons. If you use solar power a significant amount of time throughout the year, and size and cost isn’t an issue, then the MPPT controller is the way to go. If your system is generally small and is used perhaps six to eight times a year on weekend trips, then a PWM controller will more than suffice and will give you years of excellent service.


Now that you’ve chosen the type and style of charge controller, its time to choose the actual make and model. Fortunately, there’s no right or wrong when it comes to the make. Top solar companies include Morningstar, Rogue, and Out Back as well as Blue Sky Energy, Zamp, and Renogy. As for the model, it’s important to size your charge controller for the system you plan on installing in your rig. For example, don’t waste your money on a 60 amp charge controller for a three-panel, 360 watt system that will never generate more than 20 amps of power. Spend that money on something else. However, it’s important not to size your controller too small either. This is especially true if you’re considering adding another panel or two sometime in the future. Always plan for potential future growth when buying your charge controller.

PWM and MPPT solar charge controllers come in two basic styles: flush mount and wall mount. The style that’s best for you is usually determined by how much space you have in your rig and the size of your solar power system. Flush mount PWM and MPPT controllers are typically smaller, are better suited for smaller systems of around 340 watts (20 amps) or less, and are ideal for those situations when space is limited like in a truck camper. On the other hand, if you have a large solar power system, of say, 960 watts (50 amps), and you are planning on installing an MPPT type of controller, then you’ll need to mount it in either a large storage compartment or a large closet because of the controller’s physical size. Whatever you decide, whether it’s a flush mount or wall mount, PWM or MPPT, you’ll want to make sure that the controller is mounted in a location that is dry, has access to wiring, and can easily be viewed and accessed for maintenance.

Unless your rig already has a battery monitoring system like a Trimetric or Xantrex Link+, then it’s absolutely essential to have some kind of digital display meter. The meter allows you to see, at a glance, the voltage state of your batteries and the amperage being generated by your solar panels. This meter can either be on the controller itself, like many flush mount styles, or connected to the controller via an RJ-40 telephone style cable for remote monitoring. Having a remote meter is especially handy for those situations when the controller is wall mounted in a difficult, hard to reach location.

One valuable charge controller feature is the so-called battery temperature sensor. This requires the use of a special wire lead that attaches to both the battery and the controller. This feature automatically adjusts or compensates the charge voltage based upon the temperature of the battery. A cooler battery requires a higher charge voltage whereas a warmer battery requires a lower charge voltage. Applying the proper charge voltage improves battery performance and life, and minimizes battery maintenance. Obviously, this feature is particularly valuable for RVs with outside battery compartments and not so much for those compartments that are found inside.

Truma North America will soon be supplying the US RV market with premium Truma Aventa rooftop air conditioners. The Truma Aventa will be offered in two models that minimize noise and maximize comfort in a [read more]