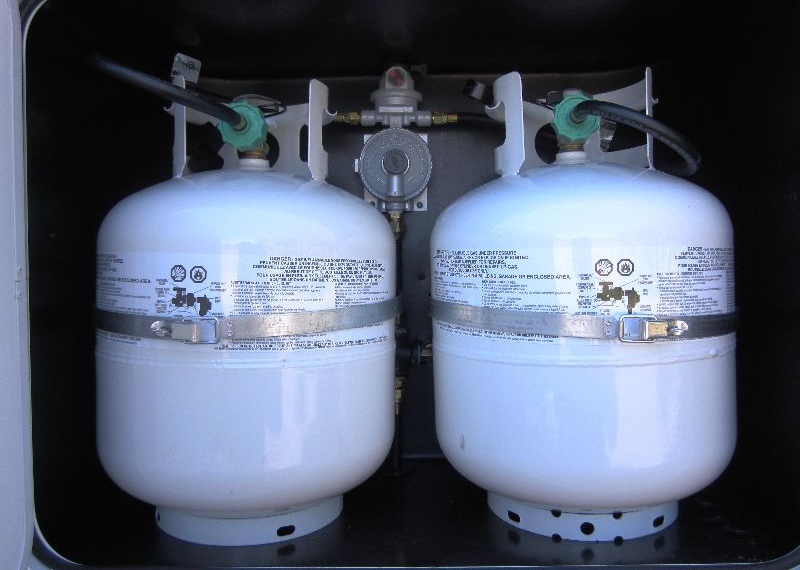 California resident and Bigfoot 10.6 Camper Owner Robert Adamis provides a chilling reminder how even routine things like refilling your truck camper’s propane tanks can result in a near disaster.

Getting ready for a business road trip up to Seattle I decided to top off the Propane tanks in Redding, California. I first stopped at a gas station that could refuel propane, but the lady was too busy working the counter and couldn’t assist. I ended up at a U-Haul location and of my own accord I proceeded to turn off the battery disconnect so the fridge was off.

The guy proceeded to top off the first tank without issues and then started on the second tank. When the tank was full, he attempted to release the line pressure so he could disconnect the hose however the tank valve was not sealing properly. Initially we didn’t know this was the problem as he tried releasing what we thought was just residual pressure in the line not realizing it was the tank emptying.

What then happened was a bit scary as he figured out the problem and attempted to close everything off but the pressure drop must have frozen something in the valve because it refused to seal shut. At one point the system just started blowing off causing a freeze over and I had to yell at the guy to get his gloves on (he had taken them off for a second for some reason) so he didn’t freeze his hands as he tried to get the valve shut. I was standing behind him helping to hold the heavy line up (the tanks are high on the camper making it cumbersome with the bulky lines). There was a period of 5 to 7 seconds where Propane was just venting out of the tank uncontrollably and the Darwin alarm in me started to sound that it was time to abandon the camper and high-tail it away from the rig. Just as I was getting set for my mad dash the guy was able to get bleeding to stop. We were left trying to figure out how to get his hose off of the tank without bleeding the entire tank empty. He played around with the valve a few times and thankfully was able to get it to finally seal properly and the crisis was over.

In spite of having filled the tank I had the guy replace it with a new one as I didn’t want to risk the same problem reoccurring again. It was fortunate I turned off the power to the camper because the propane tanks and the fridge are on the same side next to each other and given the amount of propane cloud that escaped I think there is a good chance the flame from the fridge would have ignited the propane vapor that had escaped.

The lesson from my story is to never take something as routine as topping your tanks off for granted.

This near disaster provides a valuable lesson for all of us. First, follow Robert’s lead and turn off your propane fired refrigerator and water heater prior to refiling your propane tanks or getting fuel at a gas station. Doing so greatly reduces the chances for a fire or explosion from any vapors or propane gas that might escape during refilling. Another precaution is to remove the propane tanks from your camper prior to having them refilled. My experience is that gravity, combined with the weight of the propane fill device and hose assembly, creates too much downward tension on the propane tank refill valve and can potentially create problems like this one. In fact, I’ve had similar things like this happen to me in the past and now I completely remove my propane tanks prior to having them refilled. So the next time you get your propane tanks refilled, keep Robert’s story in mind and take the proper precautions. Doing so just might save your rig, and more importantly, the life of you and your family. 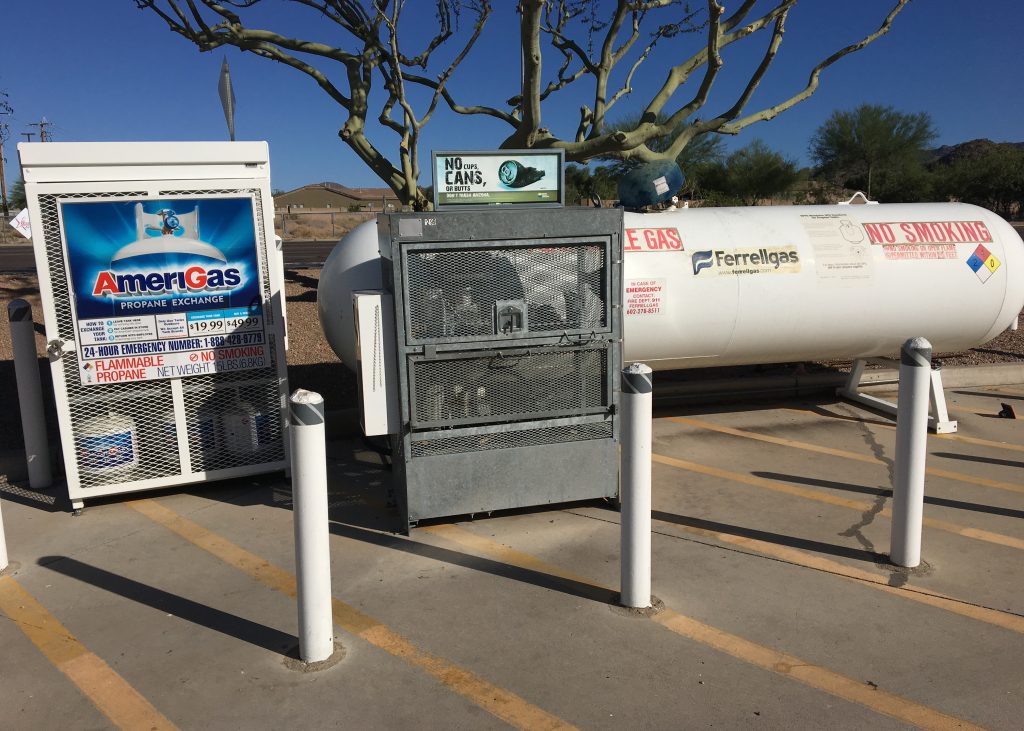