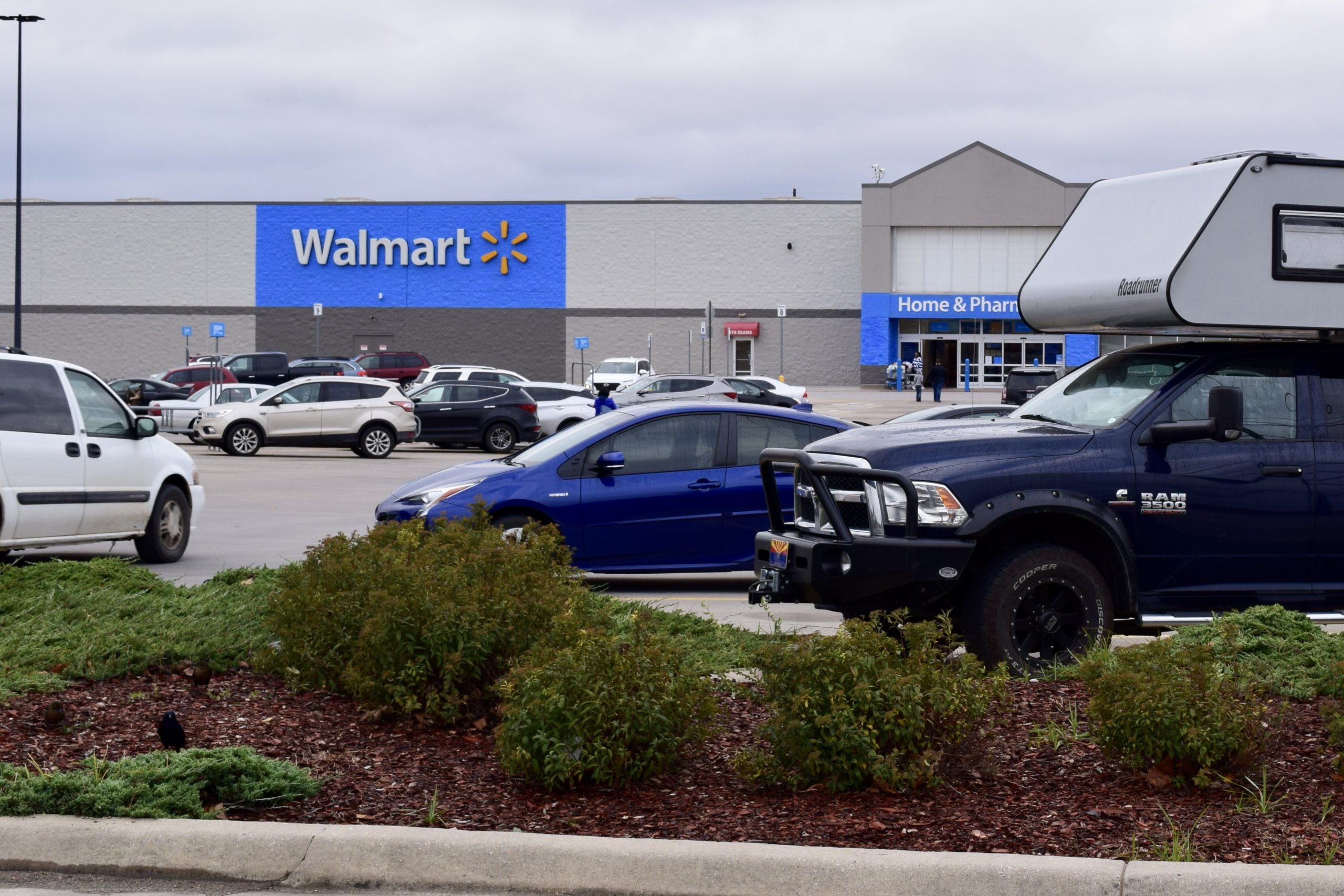 Walmart parking lots have long been a haven for recreational vehicles, but a new lawsuit has invited scrutiny on the popular practice popularly known as “Wallydocking,” according to a report by BusinessInsiders.com.

A woman named Essie McKenzie is suing Walmart after her 6-year-old daughter was killed and another daughter, then 9 years old, was left “disfigured” when their minivan became engulfed in flames.  The incident took place during the early morning of Aug. 6, 2019, at a Walmart in Fridley, Minnesota.

According to the lawsuit, the fire began when a man and woman from California, who had camped in the Walmart lot the evening before, moved their 2005 Dodge Caravan to a spot next to McKenzie’s vehicle, a 2014 Caravan. McKenzie was out of the van at the time, shopping in the store. Her daughters were asleep inside the vehicle.

According to the lawsuit, the California man had used a camping stove to make breakfast on the pavement that morning and stored the stove in the back of his vehicle “without waiting for it to cool and tossed some bedding on top of the cook stove.” He then moved the vehicle to a spot adjacent to McKenzie’s and entered the store.

While he was in Walmart, the van caught fire and the blaze spread to neighboring vehicles, including McKenzie’s.

A couple weeks ago the family and some friends got together for a weekend camp out on Mt. Graham to celebrate the end of another year of college. This was our second time on Mt. [read more]

“Vancouver! Vancouver! This is it!” These were the last words heard on the radio from Geologist, David A. Johnston, seconds before Mount St. Helens exploded in a massive eruption on Sunday, May 18, 1980. As [read more]