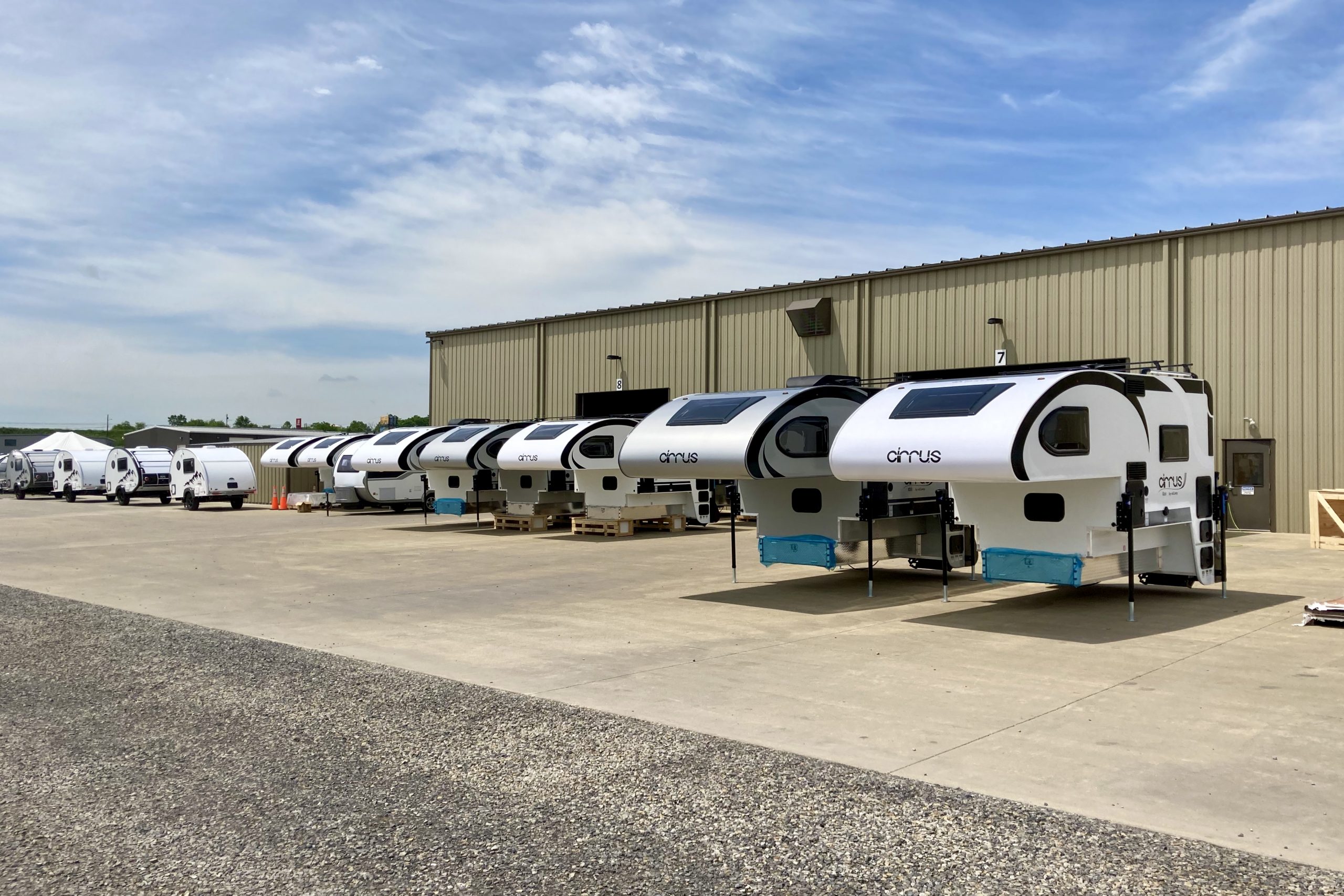 During a recent tour of the nuCamp factory in Sugarcreek, Ohio, Truck Camper Adventure learned that construction has temporarily been suspended on the company’s Cirrus 720 and Cirrus 920 models.

With regard to the Cirrus 720, the news wasn’t that surprising. While we appreciated the company’s out-of-the-box approach to the wet-bath, we felt that the design didn’t really work. It encroached too much in the main walkway. Feedback and sales, apparently, have borne that out. As a result, the company has halted construction on the 3/4-ton camper to make what the company calls “targeted improvements” to the camper. The company insists that the camper isn’t dead, which is assuring since the industry needs a good 3/4-ton camper.

Fortunately, the future looks much brighter for the Cirrus 920. The decision was made to halt construction on the popular long-bed camper two years ago to implement improvements in technology that the company believes will be mainstream in the next 2-3 years. According to Scott Hubble, nuCamp CEO, the company will also be adding interior space to the floorplan to make the camper more spacious. Unfortunately, the October 2021 relaunch of the Cirrus 920 has been delayed primarily due to lack of parts and people power. Hubble now foresees that the relaunch will take place sometime in 2022.

Meanwhile, construction is humming right along on the Cirrus 820 and the brand new Cirrus 620, a short-bed camper made for half-ton trucks. Not surprising, the 620 model has sold very well since it’s December 2020 release.

“We set out to make a unicorn and by all indications, we were able to pull it off,” Hubble said. “Keeping the ALDE system, offering a north-south bed, and sneaking in a toilet were hallmarks the 620 absolutely had to have. The negative feedback we have received didn’t come from customers—it came from dealers centered around the sacrifice of the shower and full-size fridge. We were ok with that because it was necessary to ensure the overall weight stayed under 1,500 pounds.  You have to pick a lane—you can’t be all things to everyone, even if you are a unicorn.”

Hubble also tells us that sales for the Cirrus 820, a one-ton camper made for short-bed trucks, remain brisk with several upgrades in the model planned in July 2021. None of these changes, according to Hubble, would be classified as major, but he believes it’s the small things that count when building a truck camper. Hubble says a litany of “behind-the-scenes” items were addressed and fine-tuned, primarily with both the kitchen and the wet-bath.

So how have things been going for the Ohio-based company that currently employs 175? Very well. According to Hubble, nuCamp sales have been steady and strong.

“We had scripted a bounce back year and after a six-week hiatus for COVID, we were able to keep pace. In fact, we were able to grow production—in spite of shortages of both people and parts,” he said.

Unfortunately, the company hasn’t been immune to parts shortages that have plagued the RV industry as a whole.

“We have absolutely felt the affects of the supply chain—from both Europe and Asia. While we were able to get out in front of things initially, the shortages ultimately caught up to us. We then pivoted to a handful of substitute products we felt were viable replacements that did not take away from the quality, function or aesthetic of our campers. In the past 12 months, we have had only had to shutdown an equivalent of six days—an impressive feat considering our four main production lines,” Hubble said. 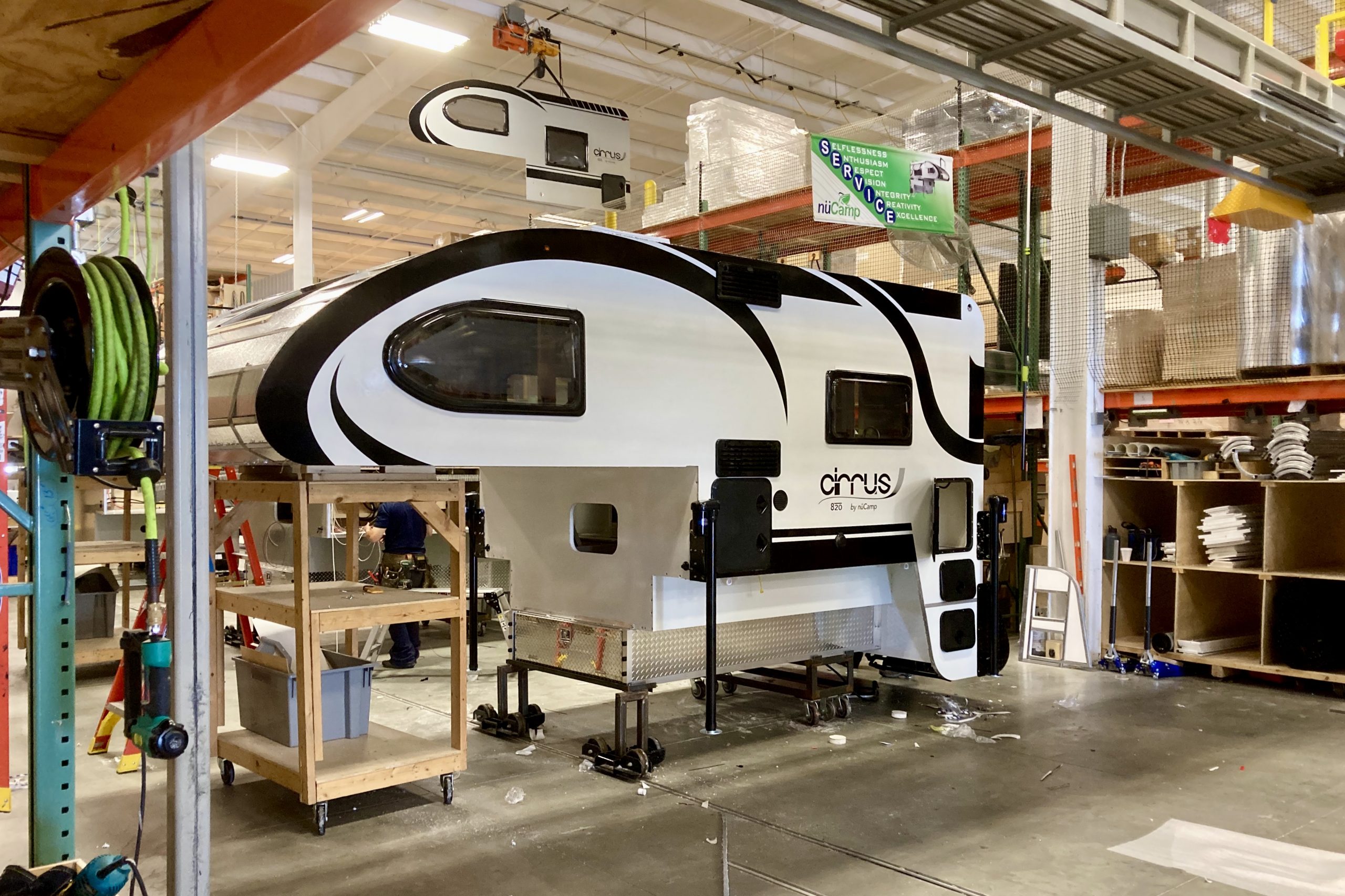 Rig building is one trend that’s definitely on the rise in the truck camper community. But this process is so much more than properly matching a truck camper with a truck—as critically important as that [read more]

A year and a half ago we decided to buy our first truck camper, a NuCamp Cirrus 800. It took us a while to make that decision after looking at various types of RV’s. Suffice [read more]