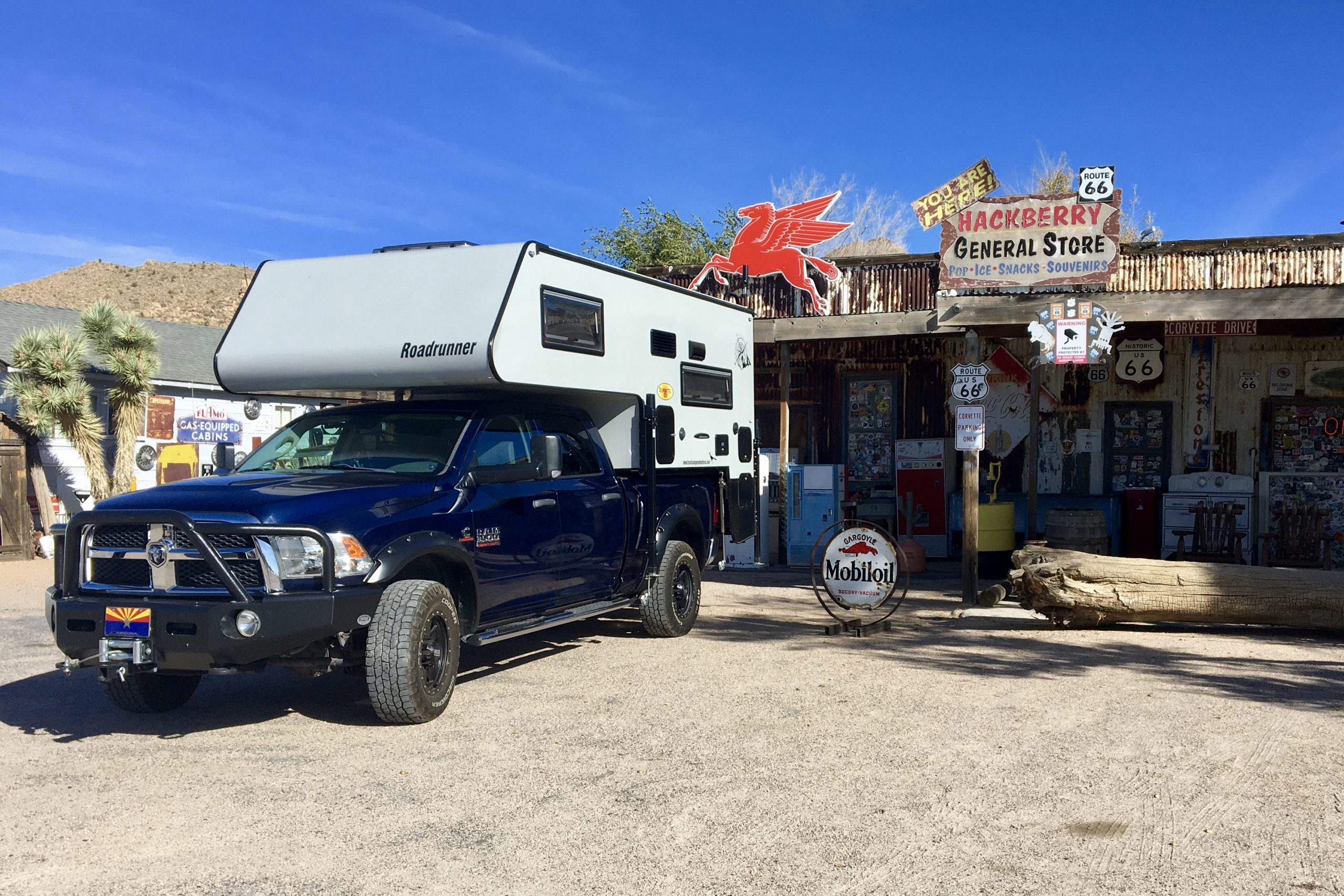 Truck Camper Adventure proudly presents a new truck camper music video featuring Ventura Highway, a top 10 hit released by America in 1972. Even though the hit single isn’t specifically about Route 66, the song still embodies the essence and feel of what Route 66 is all about. It’s also a fun song to play on guitar. Of course, the “Ventura Highway” doesn’t exist by name, the song is actually about Highway 1, the Pacific Coast Highway near Ventura, California.

Those familiar with Route 66 here in northwestern Arizona will recognize some of the places featured in the three-in-half-minute video. Most of these popular, well-known relics of Route 66’s past can be found in Kingman, Cool Springs, and Hackberry. Arizona actually features the longest remaining stretch of the original Route 66, the 159 miles between Ash Fork and Topock near the California border (along this stretch the two-lane road carries the name “Historic Route 66”). When the highway was commissioned in 1926, Route 66 connected Chicago and Los Angeles, a distance of 2,448 miles. Eventually, the worn-out highway, affectionately called the “Mother Road,” was surpassed by Interstate highway system and was decommissioned in the 1980s.

Today, Interstate-40 runs parallel and over old Route 66 throughout most of Arizona. If it wasn’t for the towns that were bypassed by I-40 along the way, Route 66 really wouldn’t exist anymore. It is what it is. Fortunately, there are some old dirt stretches from the original alignments that can still be explored in your truck camper. Exploring these unpaved sections is another way that overlanders and truck camper enthusiasts can still get their kicks on Route 66.

Get Your Truck Camper Kicks on Arizona’s Route 66

Truck Camper Adventure is proud to present this article on a different kind of road and destination, historic Route 66. Even though this famous highway was decommissioned in 1985, it’s popularity continues to grow with [read more]