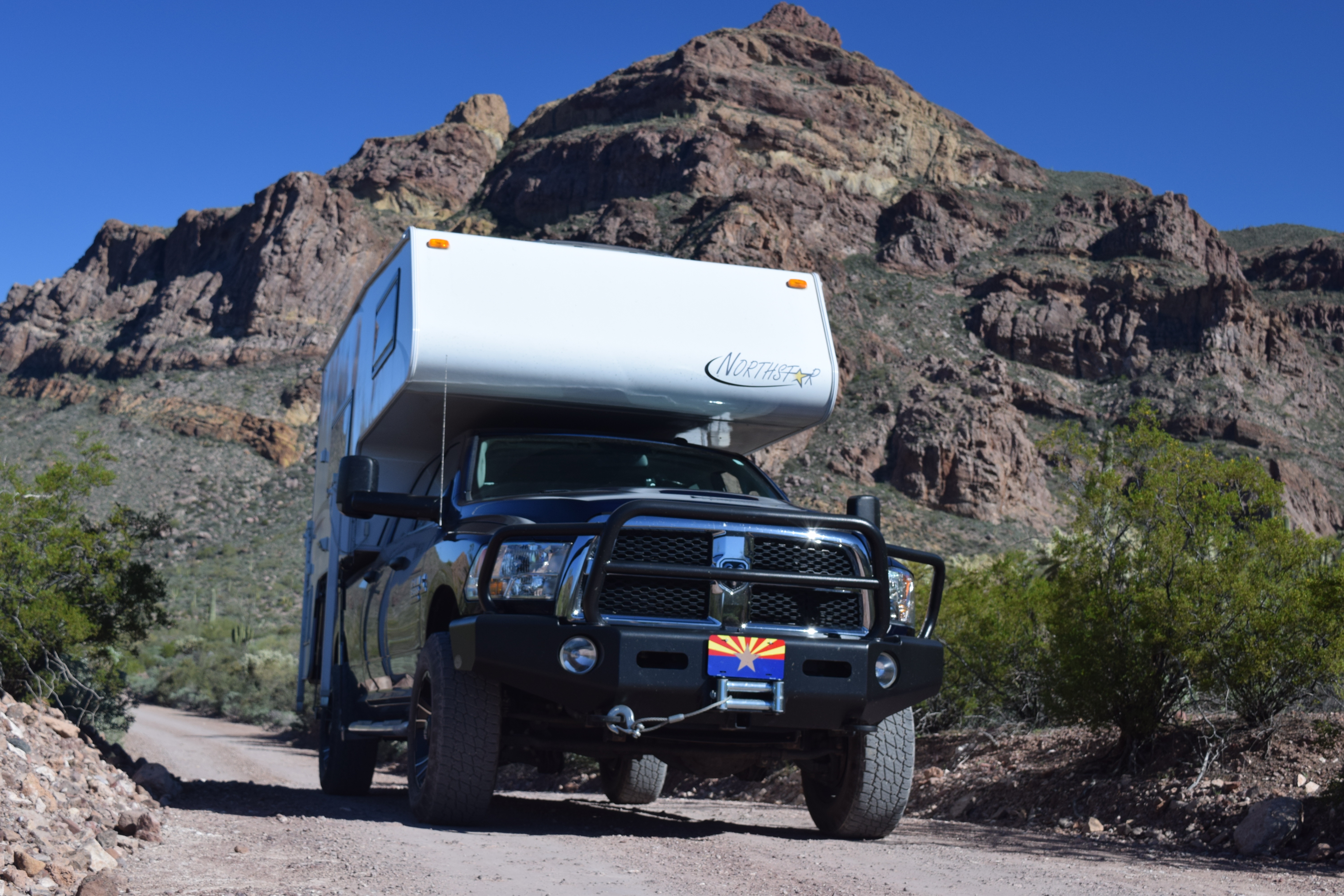 It’s the end of an era at Truck Camper Adventure. After four years, it’s time to sell our Northstar Laredo SC truck camper. We’ve enjoyed the camper and have taken it to a lot of cool places, but it’s time to get something better. What camper are we getting next? We are having Bundutec build us what we are calling the “Roadrunner,” consisting of the same general layout as the Laredo, but with several enhancements. These include a 36-inch wide wet-bath with a cassette toilet, the Truma Combi, underbed storage, a Tern Overland 500x700mm roof hatch (same size as a Heki), a slightly taller ceiling, a lithium battery bank, a dual induction-propane cooktop, and better electronics, including a 340 watt solar power system. Most of these enhancements are things we wished we had in our Northstar Laredo, which is why we are having a new camper built.

The Roadrunner will be a completely new design at Bundutec and will exemplify the custom work that Rory Willett at Bundutec is known for. We are really excited about getting the Truma Combi and look forward to having a larger bathroom as well. Like the Laredo, the Roadrunner will have a DC compressor refrigerator, an absolute must, and will feature an improved Tern Overland egress vent in the cabover. We expect to have the camper on display at the Overland Expo West in July. In case you are wondering, we already have a buyer for the Laredo, but if you’d like to be put on the waiting list, you can email us at [email protected]. In the meantime, in commemoration of the our Northstar Laredo SC, we present this video, called Low Rider – 4×4 Truck Camper Adventure Rig, using the 70’s smash-hit, Low Rider by War, as the soundtrack.

Loki Basecamp just released photos and specifications of its brand-new composite truck camper called the Icarus. The photos, which were released by the Canadian-based manufacturer today, show an Icarus 8 prototype mounted on a Ford [read more]

Jack and Darcie Peeler are avid truck camper enthusiasts with a love for the outdoors. Jack grew up in Jasper, Arkansas, served in the US Army for three years, attended college at the University of [read more]

So you’re thinking about getting a truck camper with a slide-out to haul on your one-ton, short-bed truck. Going this route has merit. Not only does the slide-out add a significant amount of living space [read more]