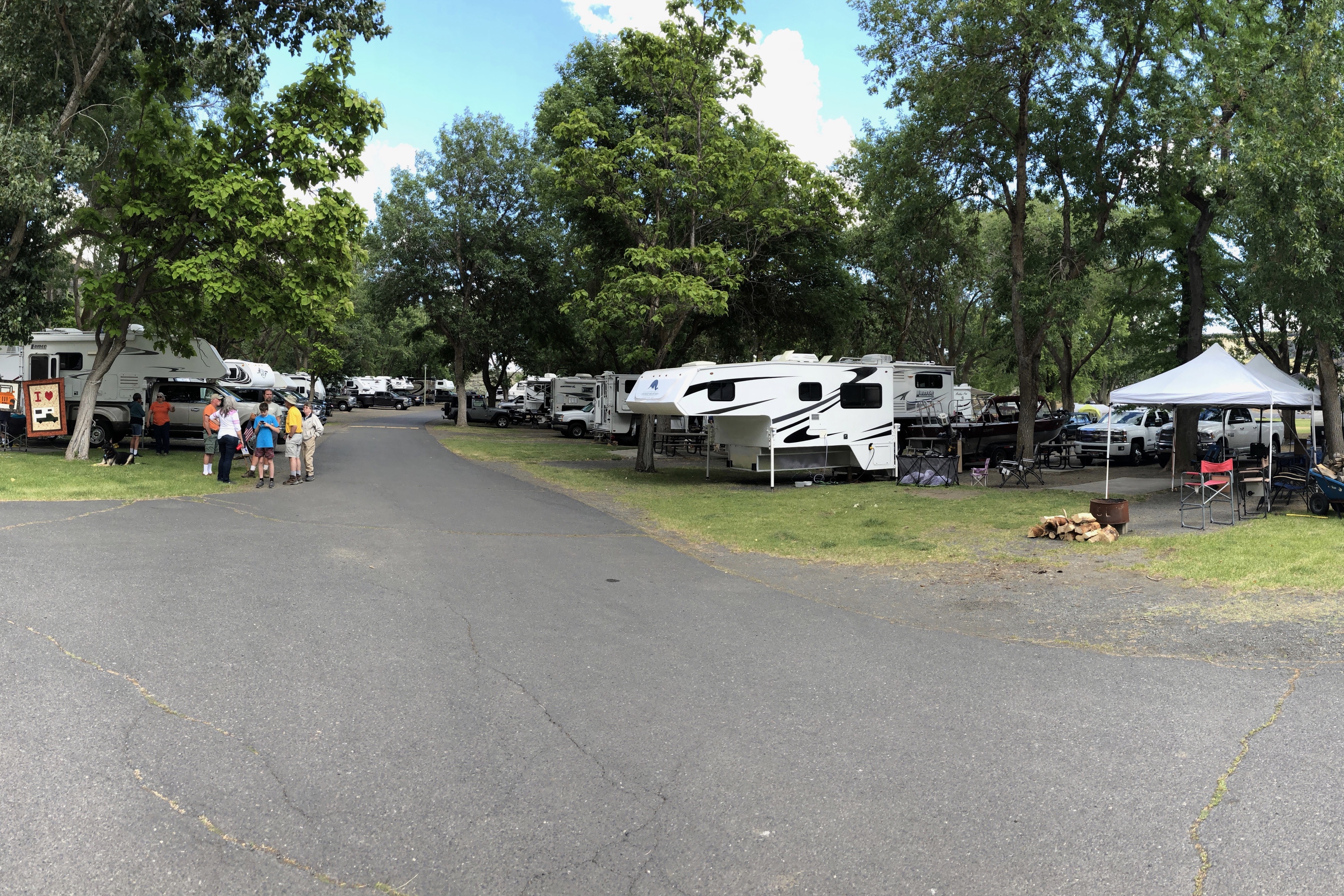 The 2019 North American Truck Camper Owner’s Association (NATCOA) Rally was completed last week and by all accounts was a big hit. A total of 68 persons from 11 states and Canada attended the four-day event which took place at the charming Sun Lakes Resort in Coulee City, Washington.

“I think the rally went really well,” said Rich Bain, organizer of the rally. “We had 30 rigs in attendance. People from all over the country and Canada attended. The weather was pretty darn good. It was a great location with lots to do being right on the lake. Everyone left with a smile on their face and that’s really what it’s all about. What do I get out of it? I enjoy seeing people having a good time. That’s what is most important to me.”

The rally’s schedule of events included dessert and potluck dinners, a 6-mile hike, a chili cookoff, a not so Newlywed Game, a big raffle, and two breakfasts. Plenty of leisure time was left in the schedule to relax and socialize. 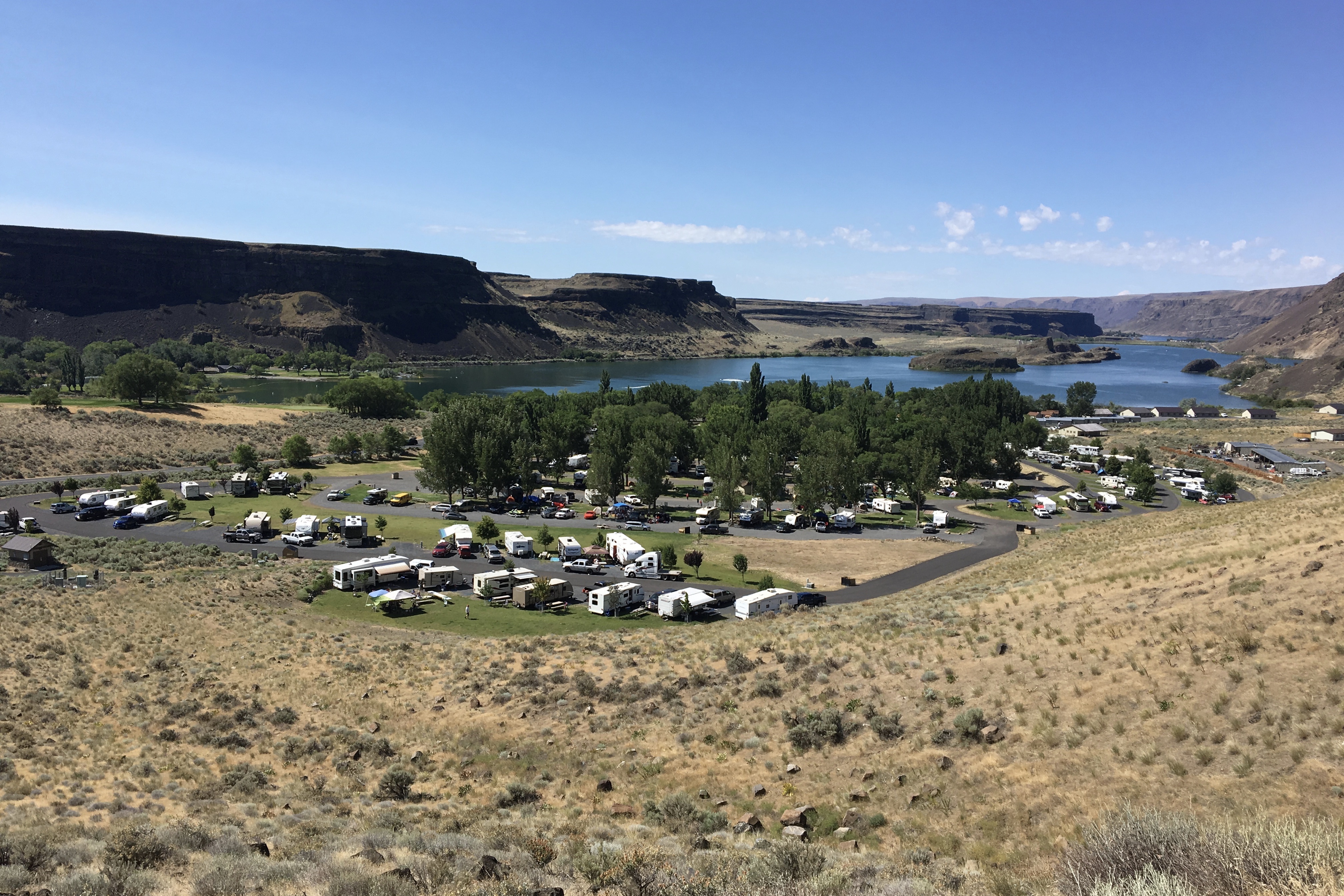 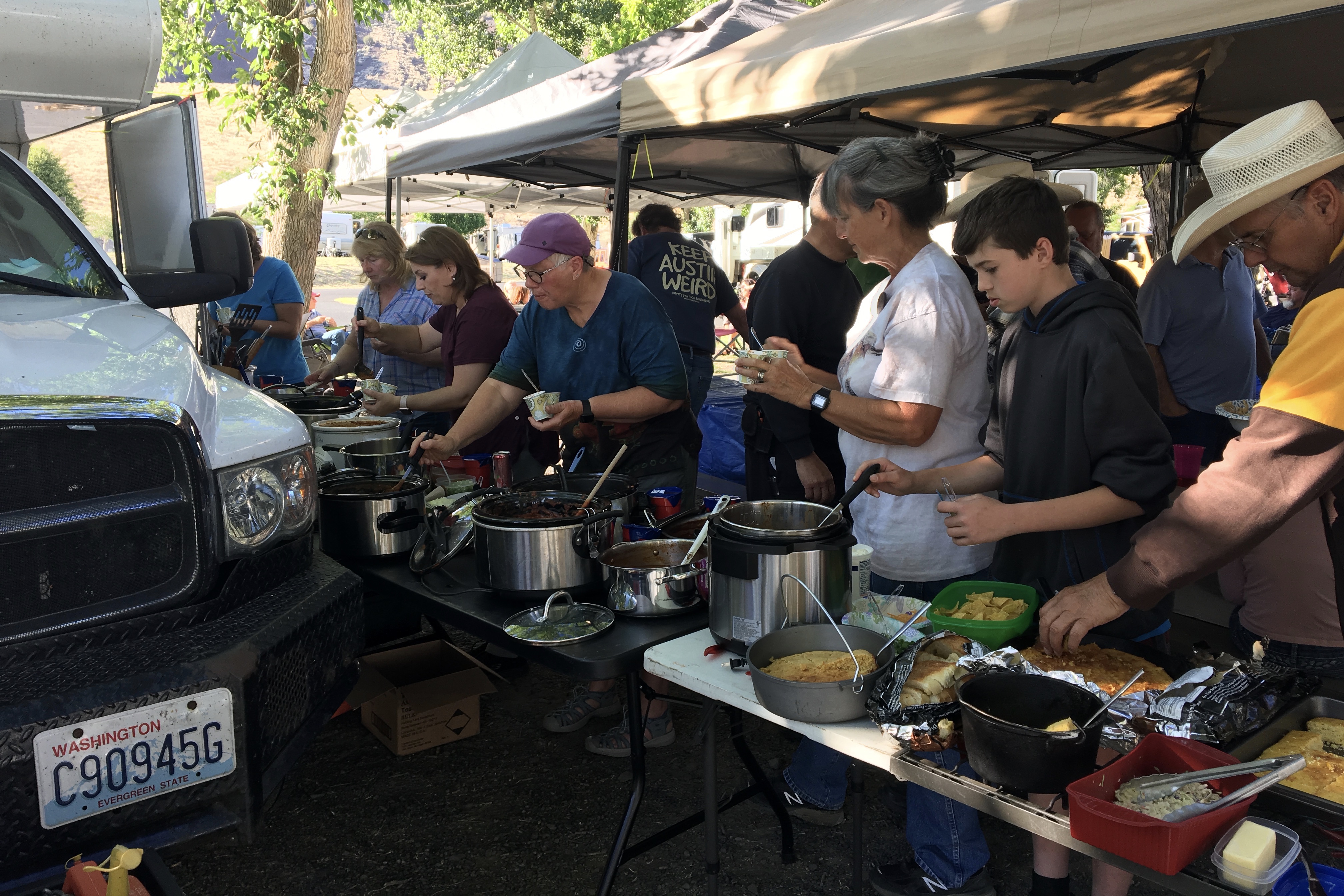 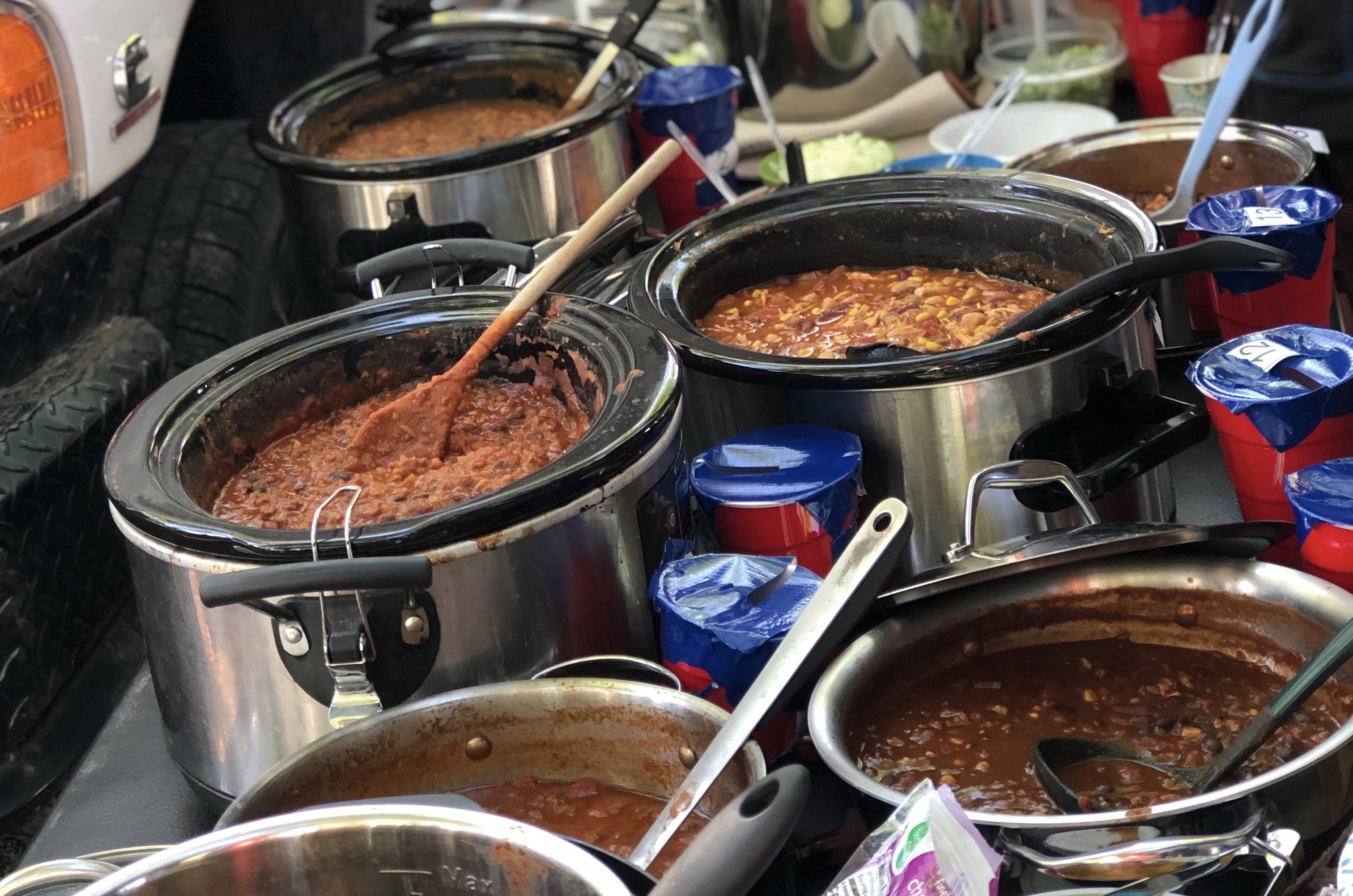 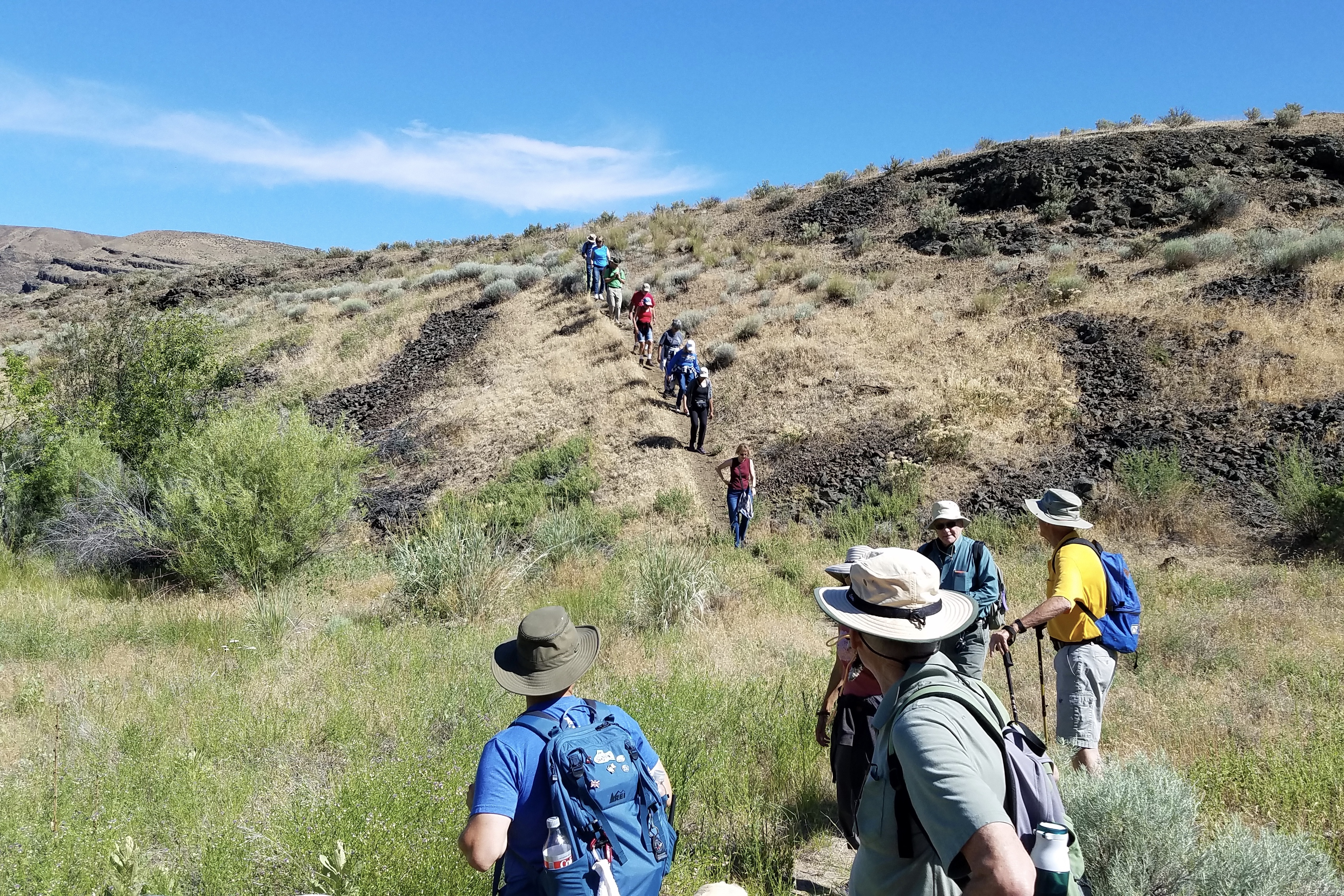 “We attend several rallies a year,” explained Jared Sund. “We do them all over the country and enjoy every single one of them. The NATCOA rally this year was great, the weather was great. The people in all the rallies we go to are wonderful. It’s fun to be around like-minded people. We love to walk around and see our products and see people so excited about our products and excited about truck campers in general.”

Speaking of truck campers, a total of 28 were counted at this year’s rally. Of these, 12 campers were registered in the state of Washington, three in Arizona, two in Canada, two campers in Montana, two in Oregon, one in Iowa, one in Idaho, one in North Carolina, one camper in Wyoming, one in Colorado, one in Louisiana, and one truck camper was registered in South Dakota. One motorhome and one travel trailer were also at the event.

The makes of the 28 truck campers at the rally were pretty diverse as well with Northern Lite topping out the list with six truck campers. Five campers were made by Lance Camper, four Arctic Fox campers by Northwood Manufacturing, four by ALP (two Eagle Caps and two Adventurers), two by Host, one by Alpenlite, one by Bigfoot, one Cirrus camper by NuCamp, one by Northstar, one by Palomino, one by Pastime, and one by industry newcomer, Rugged Mountain.

Always a NATCOA rally favorite, this year’s raffle did not disappoint with numerous truck camper products being donated by Torklift International, Lynx, Rugged Mountain, StableCamper, Dometic, Thetford, Starbrite, and of course, NATCOA. The raffled prizes included a Dometic 12 volt refrigerator as well as several new products by StableCamper including new ladder brackets for mounting accessories and the company’s new hitch extension hitch mount that provides owners with the convenience of hauling a hitch extension perpendicularly. StableCamper will be selling these and other new products on its updated website soon. 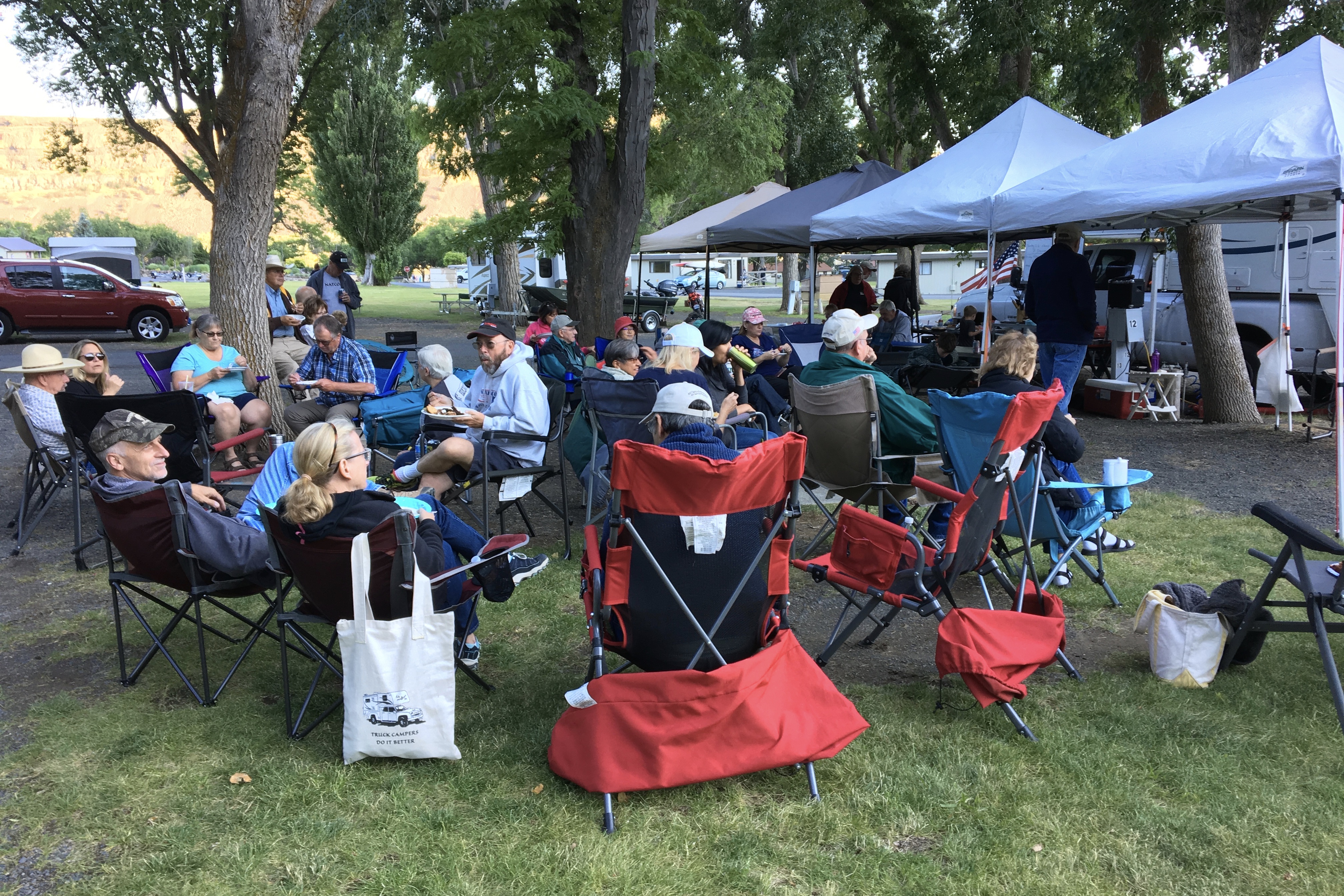 Another favorite was Friday night’s not so Newlywed Game with the biggest laughs coming from the question, “which of these four songs best describes your husband’s whoopie making ability?” The four songs included “I’m Too Sexy For My Shirt” by Right Said Fred, “Like a Virgin” by Madonna, “Any Way You Want It” by Journey, and “I Still Haven’t Found What I’m Looking For” by U2. George and Sally Stomberg were the winners in what turned out to be a very close game.

This was Brian and Wendy Norwood’s first NATCOA rally. The Montana couple not only participated in the not so Newlywed Game, but also came away with the first place prize in the Chili Cookoff. They also left with a brand new StableCamper after being impressed with its design during the presentation and class.

“This was our first rally and we were very impressed,” said Brian. “We were hopeful to find new friends and like-minded people and we have definitely found that here. We were very pleased with the weekend, had a great time, learned a lot of things, and ended up with some great toys. Just great camaraderie and great people, we really enjoyed it!”

Sally Stomberg agreed. “I enjoyed getting together with everyone. It’s was beautiful location in Coulee City. I always have a good time with the group and am already looking forward to the next NATCOA rally,” she said.

One of the benefits of owning a truck camper is the ability to use it dismounted from the truck. Unfortunately, dismounted campers tend to be bit wobbly and unstable like a newborn colt. The issue [read more]