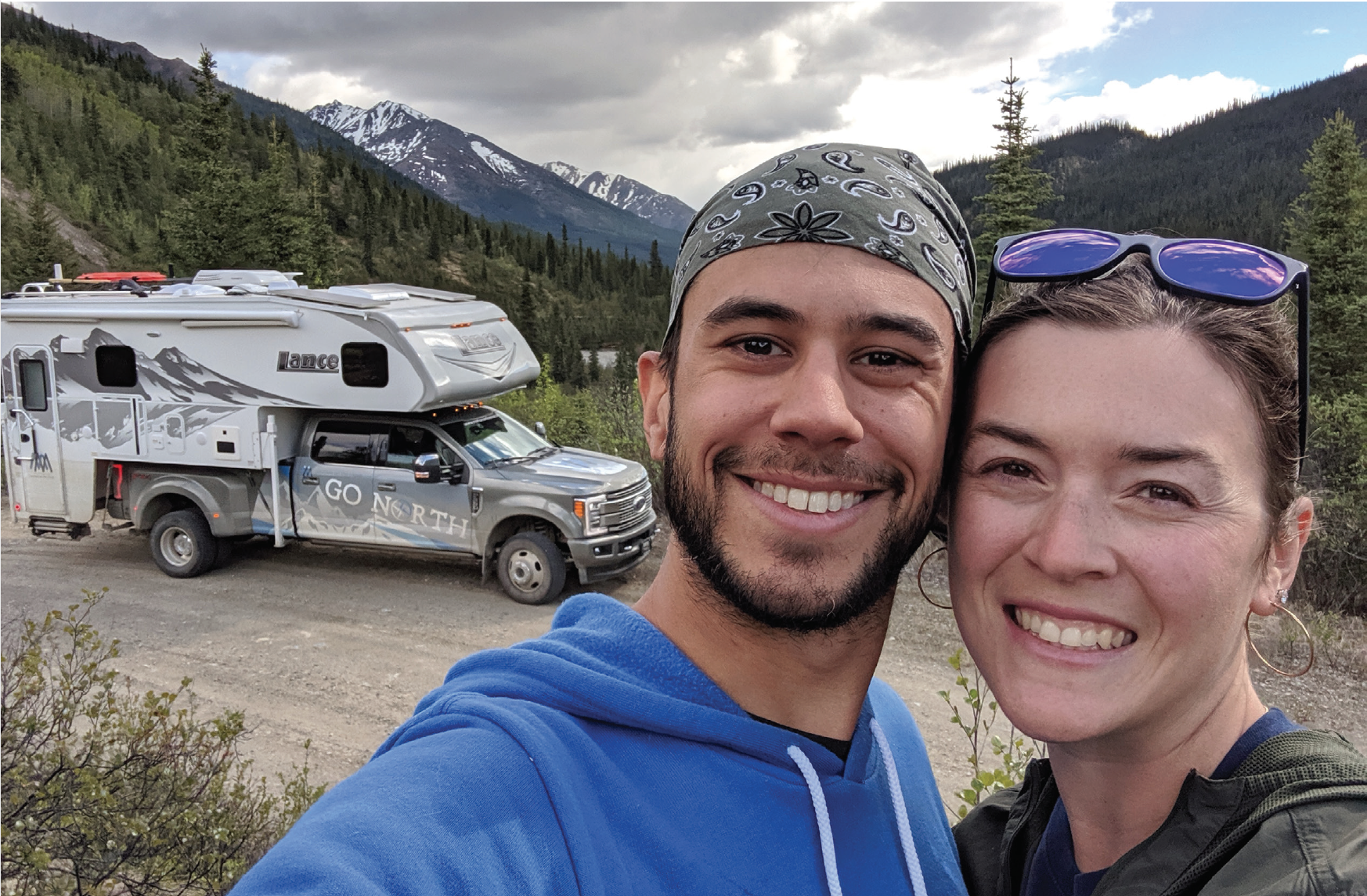 Lance Camper has partnered with YouTube full-time RV influencers “Mortons on the Move” web series chronicling traveling through Canada to the Arctic Ocean in an 1172 Truck Camper. The series was announced in March of 2019 at the RVX show and officially began in April of that same year. Looking back after over eight months of content, with episodes still running, the series has enjoyed great success.

“We had always dreamed of traveling to Alaska in a truck camper, and it was awesome to be able to partner with Lance Campers to fulfill that dream through the Go North Project. The Lance 1172 truck camper enabled all the remote, dirt-road exploration we desired, including the 500+mile trip up the gravel Dempster Highway all the way to the Arctic Ocean. It also provided a comfortable home and work space for the entire 6 months we were on the road. It was easy to showcase the versatility of this truck camper in our 20-episode video series, as it consistently met and exceeded all our expectations for exploring the North. It is truly an Alaska-tough rig!” Caitlin and Tom Morton, Mortons on the Move

With two episodes remaining to be released and 18 available the series has totaled nearly 1.2 million views so far. With installments ranging from 14 to 30 minutes and a total run time of just under six hours the series is very binge worthy for those who have yet to tune in. Highlights so far include: Denali and Banff National Park, The Dalton Highway, The Northern Lights, amusing trouble with wildlife and so much more.

“Heading North to Alaska is a very aspirational trip for many RVers including Lance Travel Trailer and Truck Camper owners and enthusiasts. We have always believed the Truck Camper is the ideal RV for the job.” Said Lance Camper Marketing Director Bob Rogers. “What the Morton’s have created is not just a ‘lifestyle’ trip to Alaska but an informative and fun roadmap to an amazing adventure, truck camper ownership and RV travel. We couldn’t be happier to see it gathering so much attention on YouTube.”

“North to Alaska!” Exploring the Largest State Via Truck Camper

Truck Camper Adventure is pleased to present this interview with Alex Blasingame. Alex and his wife, Julie, visited Alaska last summer and this interview is about their epic trip. First, a few facts. At 663,268 [read more]

When it comes to RV personalities, few are more recognizable than Tom and Caitlin Morton. Along with their two dogs, Mocha and Bella, the couple have been full-timing since September 2015 when they sold their [read more]