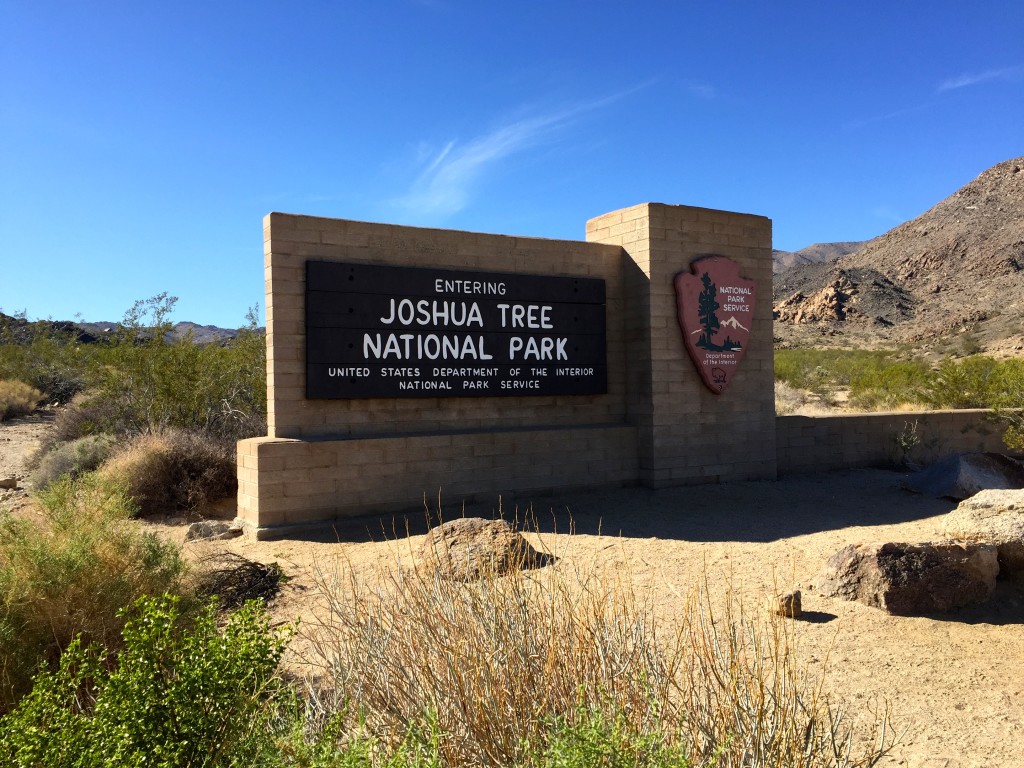 Southern California’s Joshua Tree National Park has much to offer the off-road truck camper enthusiast. The park, which hosts over two million visitors annually, lies at the convergence of the Mojave and Colorado Deserts. Because of this convergence, visitors are provided with a vibrant tapestry of Joshua tree woodlands, native palm oases, and vast expanses of desert scrub. Joshua Tree National Park also lies along one of the world’s most active tectonic boundaries, the San Andreas Fault. This fault has played, and continues to play, a major role in shaping the mountains, valleys, and basins of the park. While it’s true that the park’s 792,510 acres consist mostly of protected wilderness where motorized vehicles are prohibited, the park still offers seven 4×4 roads that can be explored in either your truck camper or other 4×4 off-road vehicle. One of the most popular 4×4 trails in the park is the 18-mile-long Geology Tour Road.

The Geology Tour Road takes about two hours to complete without stops. The road is fairly smooth and wide at first, but things change about two miles into the drive when the surface of the road becomes rough from washboarding and rock. Any passenger car can tackle the first 5 miles, but after that a four-wheel drive vehicle is recommended, especially during the one-way Pleasant Valley loop. During this stretch, the road is sandy and very narrow. As the name of the road implies, you’ll see a variety of geologic wonders on this drive, including Malapai Hill, a 400-foot-high inactive volcano. As you approach Malapai Hill you’ll come upon large formations of boulders and rock formations that characterize much of the park. There are several stops along the way where you can get out and stretch your legs on the various footpaths. We found that climbing on these rocks often provides spectacular views of the park as well.

Without a doubt the Joshua tree is the star attraction of the park. This tree can be found in great numbers inside the park though it’s a common sight in the Mojave Desert as well. The tree got its unusual name from Mormon pioneers who settled in the area in the mid-1800s. It is said that the limbs of the trees reminded them of the outstretched arms of the prophet Joshua leading them to the promised land. Surprisingly, the Joshua tree is neither a tree nor a cactus, it’s a member of the agave family (Yucca brevifolia). With no rings inside like a normal tree, it’s difficult to determine the age of each Joshua tree. Some researchers believe the typical lifespan of each tree is 150 years. The Joshua tree can become quite large. The tallest in the park is the so-called “Barber Pole,” which stands at an amazing 43 feet. It can be found in the park along Queen Valley Road. You’ll pass through a forest of Joshua trees during the first part of the Geology Tour drive, though the thickest forests of Joshua trees can be found further west in the park.

Aside from the Joshua tree, the large numbers of rock and boulder formations are another distinguishing characteristic of the park. The rock is actually a kind of granite, called monozogranite, which was formed beneath the surface of the earth some 245 million years ago. Horizontal stresses from the collision of tectonic plates beneath the park created fractures in this rock. Over time, water seeped into these cracks to create the rounded and distinguishing look we enjoy today. In many places, the boulders appear as if some gigantic child piled them up. Some boulders look like faces and skulls while others have taken on the appearance of animals, food, or other fanciful forms. Climbing on these rock formations is a very popular activity within the park. One of the most popular spots to climb is the so-called Hall of Horrors.

While boondocking is prohibited within the boundaries of Joshua Tree National Park, the park does provide several very scenic campgrounds where you can set up camp for the night. Unfortunately, these are almost always full on weekends during the fall, winter, and spring, so the best time to get a prime spot is during the middle of the week. We stayed at the popular Jumbo Rocks Campground. This campground like most of the others, is very scenic, though I’m not a big fan of the site arrangement and parking for folks like us who have truck campers and other small RVs. In my opinion, a better campground for RVs would have to be the Hidden Valley Campground. Most of the sites there are better spaced. There are no hookups for RVs anywhere in the park. If you need water, the only places you can get it are at the Black Rock and Cottonwood Campgrounds. The fee to stay at Jumbo Rocks and Hidden Valley is $15 a night, while a stay at the Black Rock and Cottonwood will set you back $20.

If the campgrounds within the park are full–which they often are–there are two BLM areas outside the park where you can boondock, one on the north end of the park, the other on the south end. The BLM area on north side is in the town of Joshua Tree. To get there head east on Highway 62 for two miles. Turn north on Sunfair Road and travel for two miles to Broadway Road. Turn east on Broadway Road and travel for one mile until you come to a one lane, unmarked dirt road. Turn north on this dirt road and travel a half-mile until you come to another unmarked dirt road. Boondocking is allowed for the next half-mile on the east side of this road. Just look for the RVs. The BLM area on the south side is located along Cottonwood Road six miles past the park entrance just south of the aquaduct. Again, just look for the RVs.

I wouldn’t classify Joshua Tree National Park as a hidden gem–the park receives more than two million visitors annually–but I do think it’s somewhat under appreciated by the off-road crowd. With seven backcountry roads to enjoy, including a few which lead to old abandoned mines, and numerous hiking trails and climbing areas, there’s enough here to see and do in this desert playground to easily fill up a week. So if you’re looking for a fun-filled weekend in southern California you should strongly consider Joshua Tree National Park. Sure, the park doesn’t get the publicity of say, Yosemite, Yellowstone, or the Grand Canyon, but I think that’s due to the fact that this park lies in southern California’s desert. Not everyone enjoys the desert, but that’s their loss. I love the desert and if you’re like me you’ll enjoy visiting Joshua Tree National Park. We’ll definitely be back.

Truck Camper Adventure is proud to present this trip report by off-road guru and contributer, Jeff Reynolds (aka Jefe4x4). Anza Borrego Desert State Park is one of the best state parks in the entire country. [read more]

The Bradshaw Trail. Most of us have heard about the Southern California Jeep trail, but few truck camper owners have explored it. When we first started researching this road in preparation for the 2020 Truck [read more]