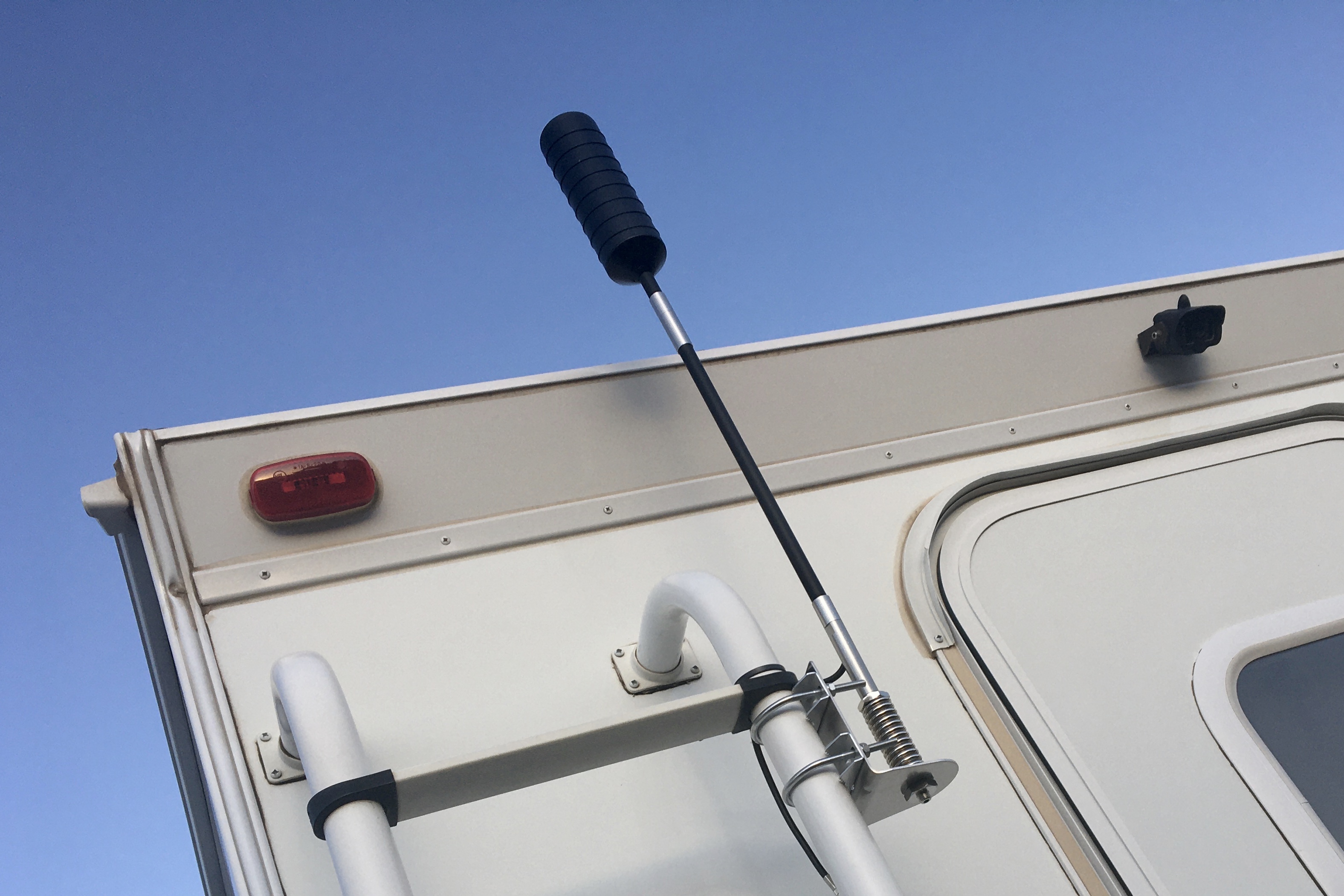 For many of us, reliable cell phone service is not only a nicety, it’s a necessity. Yes, the truck camper allows us to get away and relax, but a good number us still work and need Internet connectivity to do our jobs. This is especially true here at Truck Camper Adventure. We enjoy exploring and getting away in the camper, but we also need to have a way to upload articles, post on social media, and maintain the website. We can’t do any of these things without cell service. Of the major service providers, Verizon has the best 4G LTE coverage, but weak signals and gaps in coverage throughout the western United States still exists. That’s where a cell signal booster comes in. Sure, a good cell booster can’t fill in those gaps, but it can amplify weak LTE signals into ones that can be used on your cell phone. The best mobile cell boosters in the industry today are those being built by Wilson Electronics. This is a Review of the WeBoost Drive X RV Cell Booster, a brand-new release by the company and an upgrade from the popular 4G-X-RV model.

First, let’s talk a little tech. Cell phones are basically high-speed, digital, full-duplex UHF radios. In order to communicate, they need to be within line-of-sight of a Cell tower. Cellular systems operate anywhere from 700 to 894 MHZ and from 1700 to 2155 MHZ. Because cell systems are line-of-sight, you’ll usually find cell towers perched atop mountains, tall buildings, and/or tall towers. This is done to maximize the range of the UHF line-of-site signal. Unfortunately, UHF radio waves are blocked by mountains and cannot travel beyond the horizon, but can penetrate trees and some buildings though some attenuation of the signal is often experienced. If you’re receiving a weak signal on your cell phone or none at all it’s often because of hills and mountains or because you’re at the outer range of a cell tower’s signal, which is typically around 15 miles in the city and between 30 and 40 miles in rural areas depending on the height of the cell array. The primary job of a cell booster like the WeBoost Drive X, is to amplify those weak signals into ones that can be used on your cell phone.

The WeBoost Drive X RV Cell Booster is made specifically for Recreational Vehicles. The system boosts both 3G and 4G LTE cellular signals up to 50 dBm and can support numerous users at once whether you’re parked at a campsite or cruising on the interstate. Using omni-directional antennas and a patented smart technology that senses signal conditions in and around your RV, the Drive X automatically optimizes and adjusts the booster’s output to provide rock-solid connectivity with only a 2 amp DC power draw. This results in fewer dropped calls, better voice quality, faster data speeds, enhanced streaming, and improved hotspot capability. Like all WeBoost boosters, the Drive X works with all cell phones, hotspots, cellular-connected tablets, and other cell devices on all U.S. mobile carriers, including Verizon, AT&T, T-Mobile, and Sprint. The entire system is covered by a two-year warranty from the date of purchase. The cost for the WeBoost Drive X RV Cell Booster is $499.00.

The WeBoost Drive X RV Cell Booster is shipped in a large, compartmentalized box with everything you need for the installation. The box includes one cell booster and wall bracket; an inside antenna with 13 feet of RG-58 coaxial cable; an Over-The-Road (OTR) omni-directional antenna with 25 feet of RG-6 coaxial cable; an antenna mast extension, spring, and side-exit adapter, ladder mounting hardware, an AC/DC Wall Power Supply, and a 12 volt Power Supply. It also comes with installation accessories consisting of a small hole saw, a plastic installation cover and gasket (used only if drilling a hole in the side or back of your camper is necessary), cable ties, and cable mounts. The compartmentalized box is labeled with easy-to-understand steps to make what is already a simple task into one that is even easier to understand.

Overall, the installation of the WeBoost Drive X RV Cell Booster took about two hours not including the time required for planning. The installation was easy. On a scale of 1 to 10 with 1 being the easiest and 10 the hardest, I’d give this installation a complexity rating of 3, but only because drilling into the camper is sometimes required. No setup or configuration of the booster is needed, just power it up. The most important part of the installation is finding a good place to mount the OTR antenna. Our camper came with a rear ladder and this is where we mounted ours. The other important component, the booster, was placed in cabover next to the TV, more about this part of the installation later. The hardest part about the installation was deciding on the entry point for the RG-6 coaxial cable because this usually requires drilling a hole into your RV, never an easy thing to do, but something that is often required for systems with an outside antenna like this one.

Where you decide to mount the OTR antenna and inside antenna is critically important. This is because antennas generate electro-magnetic fields (EMFs). When these fields overlap, oscillation occurs, a condition that creates noise which could potentially damage the booster. Fortunately, the Drive X booster has a shutdown circuit to prevent oscillation from damaging the unit. However, the best way to prevent oscillation from occurring in the first place is to maximize the distance between the inside and outside antennas. In a truck camper this is best accomplished by mounting the OTR antenna on the rear ladder and the inside antenna in the cabover, a distance of approximately 9 feet in truck campers like ours.

Another critical aspect about the installation is the power source. Unlike home systems which run on 110 volts AC, RV systems typically run on 12 volts DC. The WeBoost Drive X RV Cell Booster not only comes with a power supply for 110 volts AC, but also one for 12 volts DC. This ensures any and all power contingencies for the unit are taken care of. Unfortunately, the 12 volt power supply that came with the unit didn’t come with a 12 volt cigarette lighter-style plug on the end like the WeBoost Trucker version. If we had any complaint about the Drive X RV components, this would be it. It’s true that some will hard-wire the DC power supply to the 12 volt fuse panel, but a good number will prefer to use a 12 volt socket instead. We already had a 12 volt socket where we mounted our booster, so having a 12 volt plug on the end would’ve made things really easy for this installation. As it stood, we had to make a run to local hardware store to get the needed plug to make the system work on DC.

The best way to measure a cell signal’s strength is by taking a decibel (dBm) reading. The range of a usable LTE signal typically extends from -70 dbm on the high end (excellent) to -119 dBm on the low end (poor). The closer to “0” the better the signal. Every 3 dB doubles the signal strength; a 20 dB improvement in signal strength results in a signal is is 100 times stronger. Unfortunately, beginning with iOS 11.2, the iPhone no longer displays the decibel reading in the “Field Test Mode.” iPhone apps were able to access the decibel readings in this test mode before, but are no longer able to do so. For now, this means that iPhone users have to rely on the number of signal bars to determine an improvement in LTE service. Fortunately, Andriod users still have this ability by accessing by Signal Strength or Network Type and Strength settings on their phones. 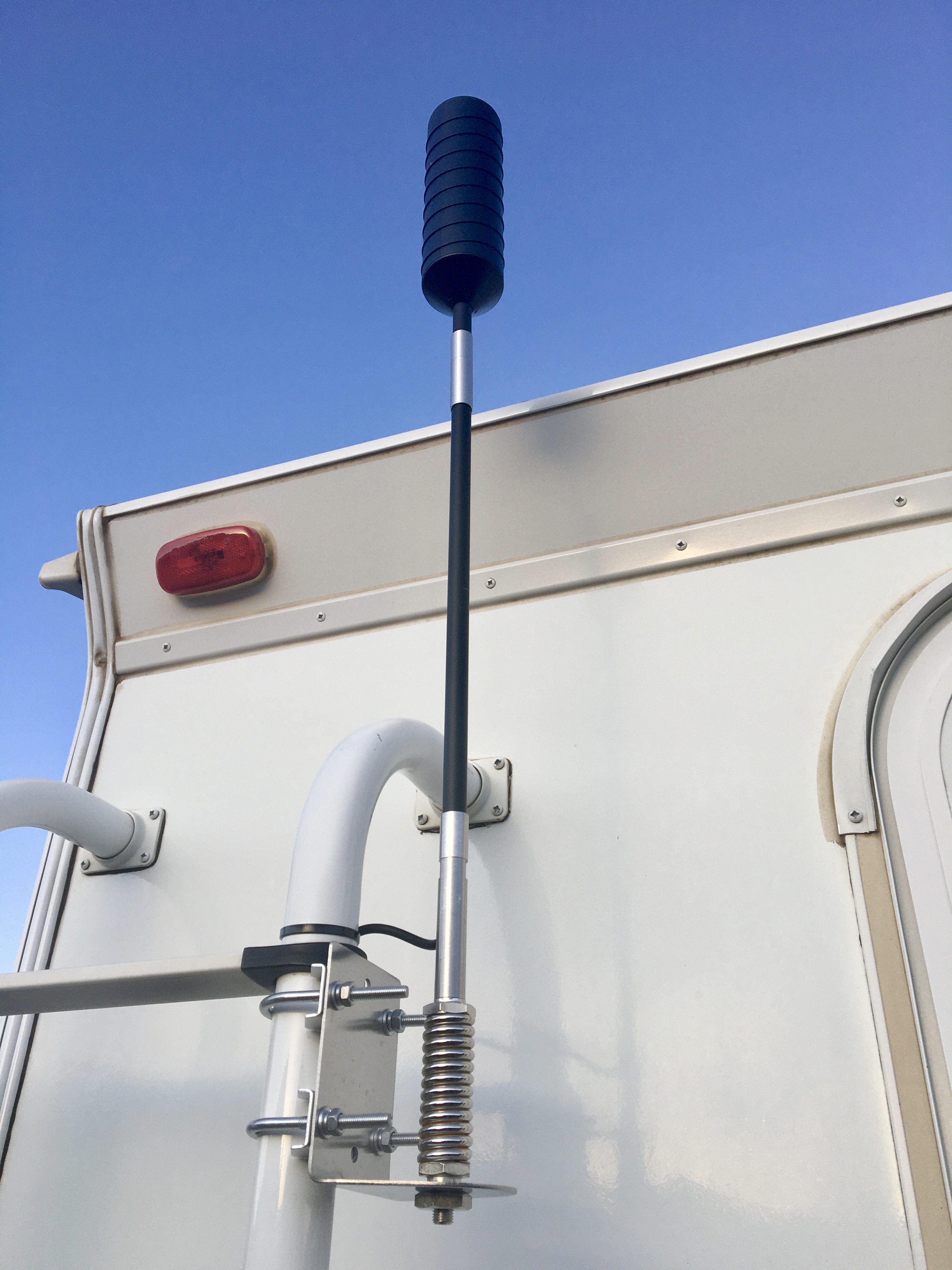 With Verizon, it’s been our experience that you need a signal strength of two bars to get good LTE cell service on an iPhone. Sometimes we can get decent service with only one bar LTE, but we’ve found that two bars is usually the minimum for acceptable service. Signal strength, however, isn’t always an accurate barometer of cell service quality. Sometimes two bars LTE in a low population area is superior to three bars in a high population area because there are more people competing for the limited bandwidth on that tower. We had this happen to us recently in Forks, Washington. At three bars, the LTE signal strength in town was great, but web browsing was painfully slow, due to the limited bandwidth of the single tower covering the entire town. Unfortunately, a cell booster won’t be able to do anything about maxed out bandwidth on a cell tower, but it can boost a weak LTE signal into one that can be used by your phones and computers.

So how well does the WeBoost Drive X RV Cell Booster work? During testing with a friend’s Android we typically saw an increase in signal strength around 35 to 40 dBm. On the high end, this translates into an amplification of two whole bars 4G LTE cell signals. Thus the WeBoost Drive X will take one of those poor, one bar LTE signals and boost it into a good, three-bar LTE signal, and one of those fair, two bar LTE signals into an excellent, four-bar LTE signal. We even experienced terrible reception in one area where no bars existed and suddenly had one bar of usable LTE. Unfortunately, in order to enjoy that boosted, four-bar signal you have to be sitting within 12 inches of the inside antenna. The instruction manual says that the antenna “is best used within 4-10 feet of the cellular device,” but this isn’t what we experienced during testing. Beyond a foot we typically received three bars; within a foot, four bars. Fortunately, Wilson Electronics provides 13 feet of RG-58 cable so moving the antenna around inside the camper isn’t an issue for us.