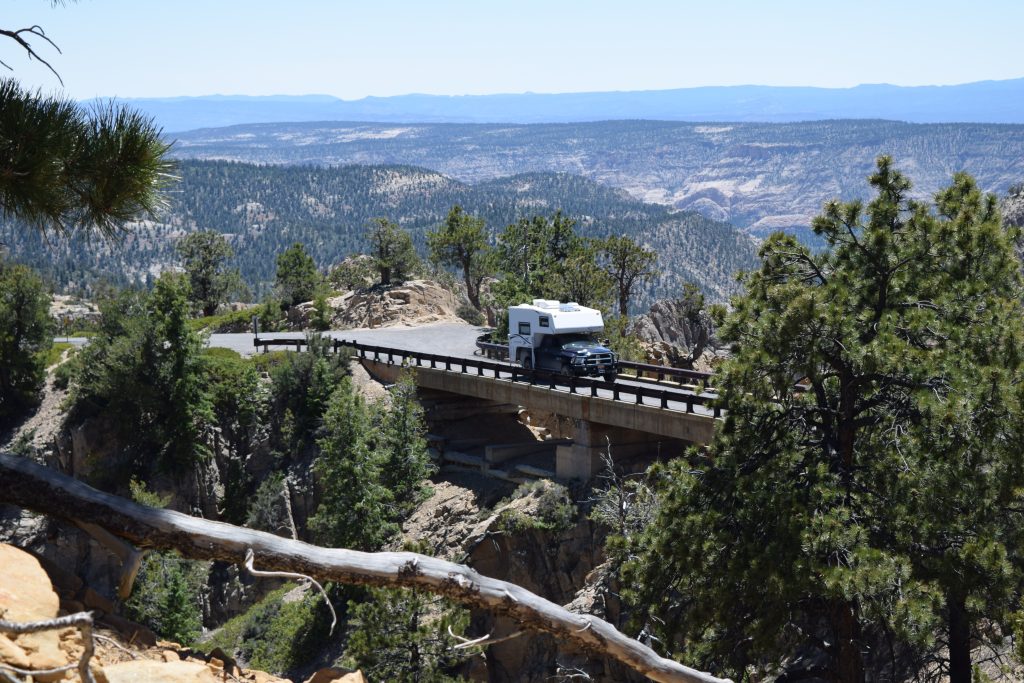 If you’re in search of a quality set of AGM batteries for your truck camper rig, Lifeline batteries, made by Concorde Battery Corp., are, without a doubt, the best. In this very informative read, Justin Godber, General Manager of Concorde Battery Corp., explains the basics of battery manufacturing, what things to look for and what things to avoid when shopping for a battery. He also tells us how to charge and care for a Lifeline AGM Battery.

TCA: Thanks, Justin, for taking the time to talk with us at Truck Camper Adventure. How long has Concorde Battery been making Lifeline batteries?

Justin Godber: Don Godber, who is my Grandfather, starting Concorde Battery Corp in 1979. Lifeline® is one of our brands and it was first developed in 1988 to serve the RV and Marine industry. We are still a family owned and operated business.

TCA: Are Lifeline batteries made in the USA?

Justin Godber: We manufacture 100 percent in the USA. We have a factory in West Covina, California and another plant in Austell, Georgia. We do NOT manufacturer anything outside of the USA.

Justin Godber: We hand build all of our AGM batteries from start to finish. Unlike batteries stamped out of a machine, we have 17 quality control checks as they go down the line, which greatly reduces the number of defects to less than .025 percent. Compare this to a mass-produced automotive battery that can have a 15 to 20 percent defective rate. We also build batteries for aircraft, both military and commercial. The Lifeline® series comes down the same production line that our aircraft batteries do and are built to the same exacting standards.

Justin Godber: Yes, with the exception of our starting series. All of our deep cycle batteries are a true thick plate battery with a massive, “over-the-top,” inter-cell connection. Inside a 12 volt battery you have six cells with five partitions. Most manufactures go “through the partition” which does not allow you to inspect the weld properly. We go over-the-top, which insures a solid weld and a proper inspection of the weld to make sure your battery works and will not fail due to a shorted cell.

TCA: Why are AGM batteries better than GEL batteries? Aren’t they both sealed?

Justin Godber: We used to build GEL cell batteries back in the ’80’s. We changed to AGM around that time as well. When we were contracted by the U.S. Government to make a sealed battery for aircraft purposes, we tried GEL and they failed miserably. The reason was vibration. GEL batteries are a sealed battery as well, but they take the electrolyte and mix in silica sand. Doing this gives the electrolyte the consistency of hair gel. When you look into a bottle of hair gel and you see all those air bubbles in there, that is the same thing that happens to a GEL battery. The issue comes from these air bubbles sitting all over the battery plates. Since the GEL isn’t against the plate, and the air bubbles are, you lose that capacity. The more it vibrates, the more air bubbles you get and the less capacity you have. We then started to manufacture AGM batteries, which solved this problem. The electrolyte is suspended in fiberglass matting and compressed against the plate making them extremely efficient and vibration resistant. GEL batteries work well in a stationary application, but for mobile applications such as ships, aircraft, and RVs, the AGM proved to be superior.

Justin Godber: As stated above we make true deep cycle, thick plate AGM batteries. Building AGM batteries is very similar to baking a cake. You need the right ratio of ingredients to not only make the battery work, but also to make the battery last a long time. What some competitors do, especially ones built overseas, is to “spike” the acid. They put higher gravity acid into the battery. When first testing these they will have the same weight, but will provide more amp hours and longer run times, and will appear to be very impressive. The issue with this is that the higher gravity acid will eat away at the inside of the battery at an accelerated rate, making it only last about two to three years. This is not something we are interested in. We want to give the customer a decent amp hour rated battery with a long life. It’s a hard balance to find, but we believe we have successfully found this balance. We want our customers to come back and buy our batteries again.

TCA: How important is it to fully recharge your batteries?

Justin Godber: This is actually the single most important thing for any lead acid technology, whether it be Wet Cell, GEL or AGM. When you have a fully charged battery, the negative plate is considered lead and the positive plate is considered lead dioxide. When you discharge both plates they become lead sulfate. Hence the term “Sulfated or Sulfation” This is a natural occurrence. The way you convert lead sulfate back to lead and lead dioxide is to simply recharge the batteries. If batteries are left sitting in a discharged state the lead sulfate can begin to harden. It looks very much like crystals under a microscope. The longer it sits this way, the harder it is to remove. Leaving batteries in a discharged state can actually ruin them faster than over charging and it’s imperative that when they’re stored they’re fully charged. They can either sit on a charger in float or in standby mode or simply fully charged, disconnected and recharged once every 90 days to avoid sulfation.

TCA: Your website says that Lifeline batteries recharge faster and discharge slower. How does Lifeline achieve that?

Justin Godber: AGM batteries have a lot less resistance by design. They can recharge up to 20 percent faster than a standard battery and if you have a higher rated charger you can speed it up even more.

TCA: I’ve been contacted by a few readers who said that they’ve had Lifeline batteries last 10 years. Is it common for your AGM batteries to last this long?

Justin Godber: Most of our users get six to eight years. We’ve seen 10 years on a fairly regular basis. The people who get 10 years out of their batteries really take care of them They always fully recharge them and they never store them in a discharged state. It’s very easy to accomplish with a few easy maintenance steps.

TCA: What’s the record age for a Lifeline AGM battery?

Justin Godber: I’ve had several customers that have gone past 12 years in applications where they’ve been used consistently. The longest one to date was 16 years. It was a single battery in a pop-up tent camper. The customer bought the battery in 2001 and just replaced it last month. He used this camper about four to five times a year and always maintained the battery in his garage while not in use.

TCA: Equalization used to be for wet cell batteries only. Why does Lifeline recommend that their batteries be equalized too?

Justin Godber:  AGM, but they should use the setting that best falls within our recommended charge settings. If and when they need to equalize they can simply change it to Wet Cell, equalize, then change it back to AGM.

TCA: How can you tell if you have a “bad” battery?

TCA: When a battery truly does fail, what’s the most common reason?

Justin Godber: The most common reason is a dead cell. If your battery has a dead cell it will not register any higher than 10.5 volts. A dead cell means that the connection between one of the cells on the inside has been broken. With Lifeline batteries a dead cell is very uncommon, but not impossible.

TCA: Can you tell us more about Lifeline’s warranty?

Justin Godber: We have a five-year pro rated warranty with a one year free replacement. This warranty covers manufacturers defects. We handle all of our warranties in-house. Anyone can call us and talk to a live person to get assistance with technical questions, warranties and general information. 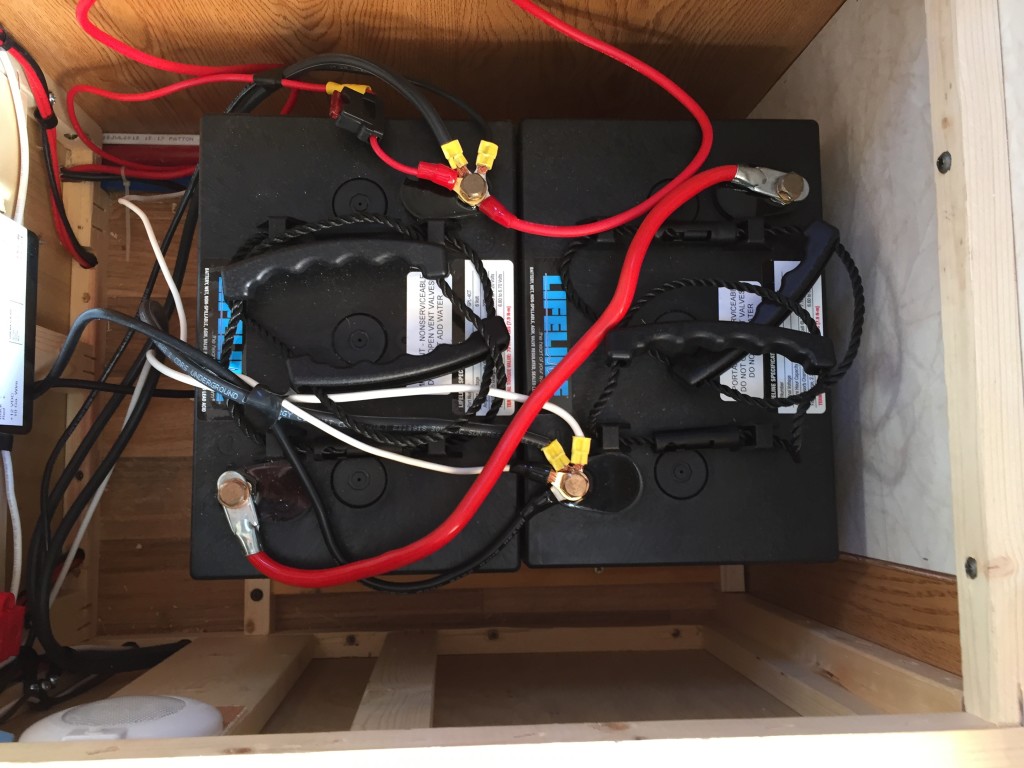 Yet Another Supplemental Charging System for Camper Batteries

Managing your camper power consumption can be a bit challenging if you’re generally not plugged into shore power, especially with hungry loads like the compressor refrigerators we’ve had in our last two campers. Keeping the [read more]

If you were unable to attend the 2021 Truck Camper Adventure Rally you missed out on some great classes and discussions. Everything from boondocking, tire repair, winching, batteries, and solar power were taught. Steve Hericks, [read more]