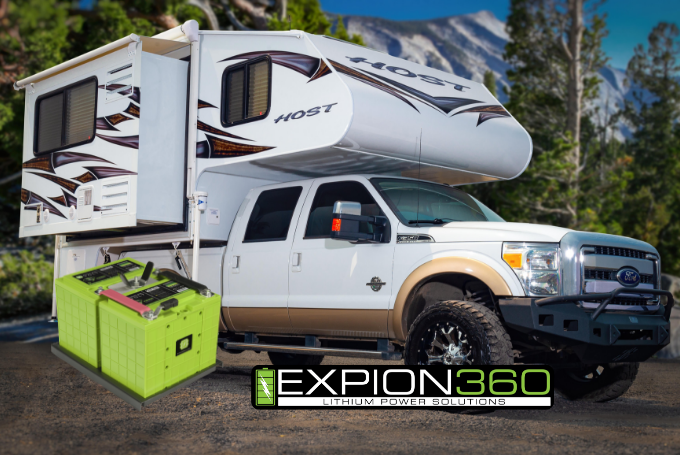 One thing we really like about Host Industries is how it’s always looking for ways to improve its product. These improvements occur not only through customer and dealer feedback, but also through improvements in technology. The latest technological improvement Host is offering is the lithium Iron LifePo4 battery. The lithium battery, of course, have been around for years, but has only recently made serious headway into the recreational vehicle marketplace.

Of course, the only real negative with the lithium battery is the initial price—it costs three to four times more than a standard AGM battery—but when it comes to the pros for RVs, nothing beats a lithium battery. Nothing.

“Expion360’s lithium batteries have their own internal circuit board,” explained Randall Pozzi, General Manager of Host Industries, “so where a lot of systems they have only one control board and if the control board goes out, it shuts you down. Our batteries have its own control board, so if one goes out, the other ones are still functioning. They’re a completely rebuildable battery, you can replace a cell, the circuit boards can be replaced, it’s a real nice battery, and they only weigh 32 pounds each for 120 amp hours. They’re also the same size as a Group 24 battery. They’re made here in Bend, Oregon, and are built by the same guys who started Zamp Solar.”

Having capable batteries is great for those who like to camp off-grid, but a quality battery monitoring system is just as important when it comes to managing power.

“We also put in an Expion360 subsystem for monitoring the batteries” Pozzi said. “So it gives real-time information like if you’re currently in a draw or in a charge mode and what exactly it is. Like if you’re putting in 30 amps of charging off the solar and you got 10 amps running, it’s going to show you that you only got 20 amps going in and how long it will take to fully charge it at that rate or discharge it at that rate, so it provides real-time information. The Go Power Inverter we use acts as a battery charger, inverter, converter, and transfer relay all rolled into one. It’s a pretty nice system that we put together.”

Of course, Go Power’s 2,000 watt and 3,000 watt pure sine wave inverters are just as capable. Each is an inverter charger, a three-in-one system combining an inverter, a 100 amp battery charger, and an automatic transfer switch. This capability not only saves on space, but also simplifies installation by reducing the number of devices and cables to install. We especially like the 100 amp battery charger that charges faster than the typical 45 amp charger, and the automatic transfer capability that eliminates manual switching. And while most inverter chargers offer a 30 amp transfer switch, the Go Power’s inverters provide two 50 amp legs. That means when you’re connected to 50 amp shore power (240 volts), you can draw up to 12,000 watts of power! Each inverter is also compatible with 30 amp service.

You’d think that space for all this off-grid equipment would be an issue in a truck camper, but not in a Host camper. This is because the batteries and equipment are mounted in the battery compartment in the camper’s basement, not in the main living area. Only the main control unit and monitoring panel are above deck. This arrangement maximizes storage space in the main living area, keeps the weight and all of the heat generating equipment below deck, yet provides complete control of the system for the owner topside.

Not only do Host’s powerful, off-grid packages maximize storage space, but they also provide maximum flexibility to the owner without the noise and fumes of a gas-guzzling generator.

“The nice thing about the system is that if you want to stop along side the road for lunch, and its hotter than blazes outside, and you want to make lunch you can turn the AC on for like half-an-hour, you can do that with this system. You can get up in the morning and run the coffee pot, the microwave, the toaster, you can do that with the basic, two-battery system. Now if you want to run the air conditioner every evening for two or three hours then you need to go up to the next level to the Off-Grid Extreme, and if you want to do more than that, then you really need to go to the Extreme Off-Grid Plus,” Pozzi said.

Of course, the only thing really preventing this lithium technology from really taking off is the cost. In spite of the high up-front cost, however, these off-grid packages are still very popular with a large segment of Host’s customer base.

“They’re selling like hotcakes,” Pozzi said. “Almost everybody I talk to buys one!” 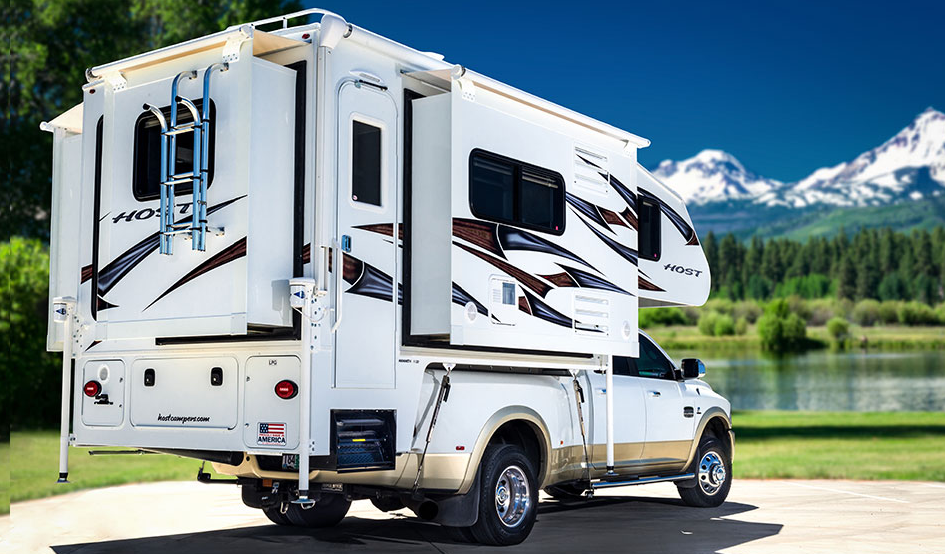 In a recent review, we extolled the virtues of the Jackery Explorer 1000 Solar Generator. The Explorer 1000 is a great little unit—we gave it a five-star rating, our highest—but it did have one shortcoming—the [read more]