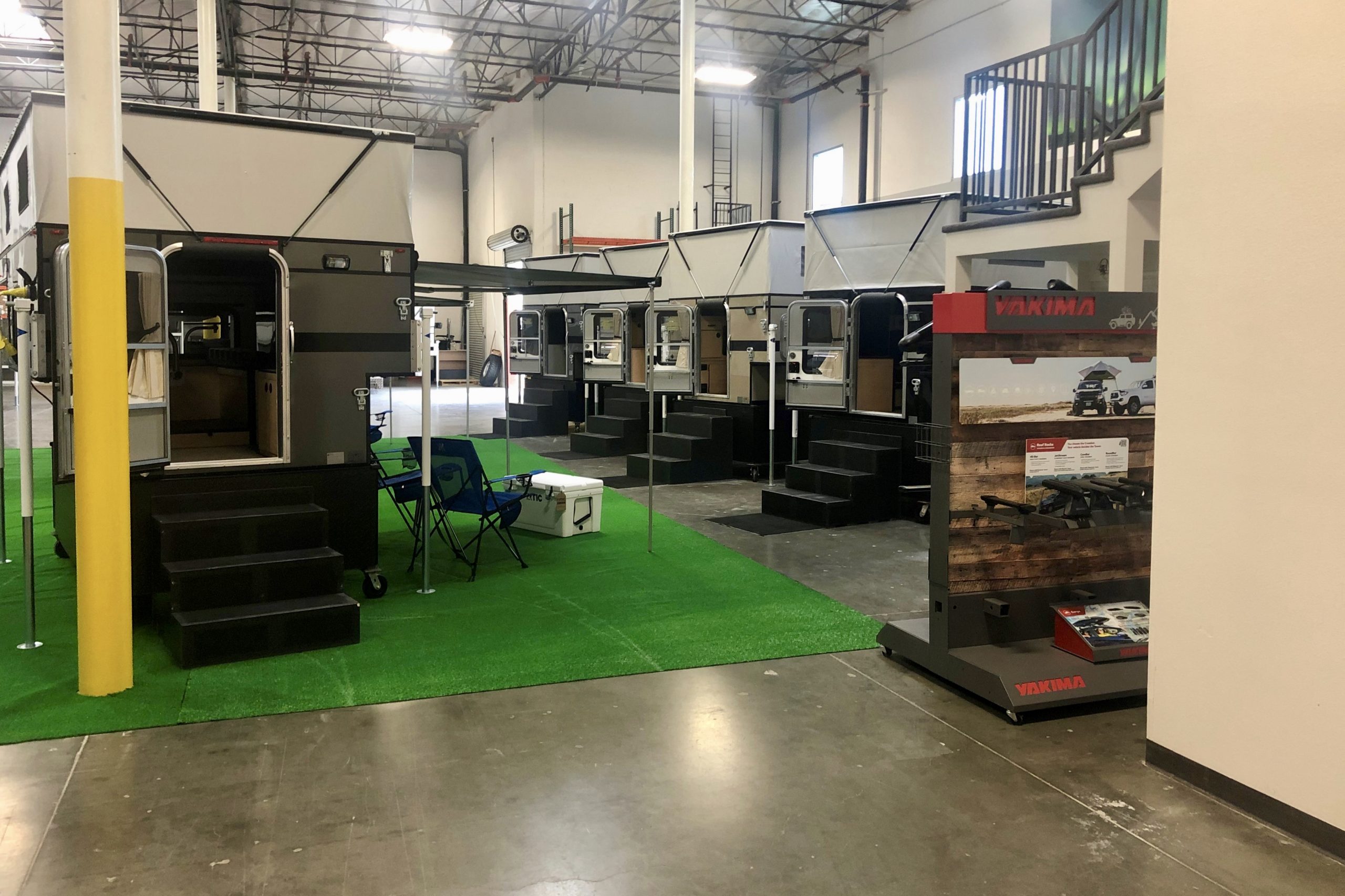 In the early fall of 2019 Four Wheel Campers (FWC) planned to open a Southern California store and service center in February 2020. Fast forward to February and the facility was ready for prime time. A Grand Opening was scheduled for March and the attendee list was quickly growing. Signage was in place, food was ordered, and the support staff plane tickets were in hand. We all know what came next…the event was cancelled and the new store went into hibernation until May 11.

On May 11, 2020, the store reopened, and without the fanfare of an Open House. However, despite these early hurdles, the store has met year-to-date sales expectations while providing camper maintenance to regional FWC owners. This success is no accident and began in late summer 2019.

In August of 2019 Four Wheel Campers decided to place a company store in Southern California. To maximize the effort, a strong team was needed. FWC approached Brian Reider, a Southern California based friend of FWC Vice President Dan Welty for 37 years. Interested, Brian presented the idea to Rob McMullen, his best friend since childhood and long-time business partner. They flew to Sacramento to visit with the FWC factory, look closely at the product, and meet a dozen FWC employees. Then came decision time.

Brian and Rob were running a highly successful 20+ year niche construction company with it’s hub in the San Diego area. The business model was to build individual custom homes or remodel homes. The focus was on discerning customers who wanted and valued special design and construction elements. Quality and craftsmanship were what set their business apart.

Though parting with their construction business was a difficult choice, Brian and Rob were attracted to the idea of building something new, while supported by an established and respected brand. Also, as outdoor and camping enthusiasts the FWC product presented a breath of fresh air. Talking to people about their outdoor and trip adventures surely sounded more appealing than most opportunities! The timing seemed right.

Good fortune continued as Alfredo Quiroz joined the team. Alfredo is well known by SoCal customers as the FWC service and maintenance guru. With his nearly ten years working on FWC products, Alfredo delivered the remaining element needed to make the team whole.

That brings us to the present, and the team has rounded into a highly effective sales and service resource for a region of about 25 million people. The future will eventually open the door for the elusive Open House, undoubtedly introducing more friends to the Four Wheel Campers family. The forecast is surely for more FWC campers popping up all over Southern California beaches, mountains, and deserts!

The new Four Wheel Camper store is located at 9008 Hyssop Drive in Rancho Cucamonga, California.  To contact the FWC Southern California store email brian@fourwh.com or rob@fourwh.com or call at 909-870-1610.

Four Wheel Campers is renowned for making the lightest, strongest aluminum pop-up camper in today’s market. The aluminum frame and construction reduces weight, increases durability, and eliminates water damage to wood. Since the beginning, this method of construction has resulted in a camper that can withstand the roughest roads on the planet. For more information on FWC visit the website www.fourwheelcampers.com. 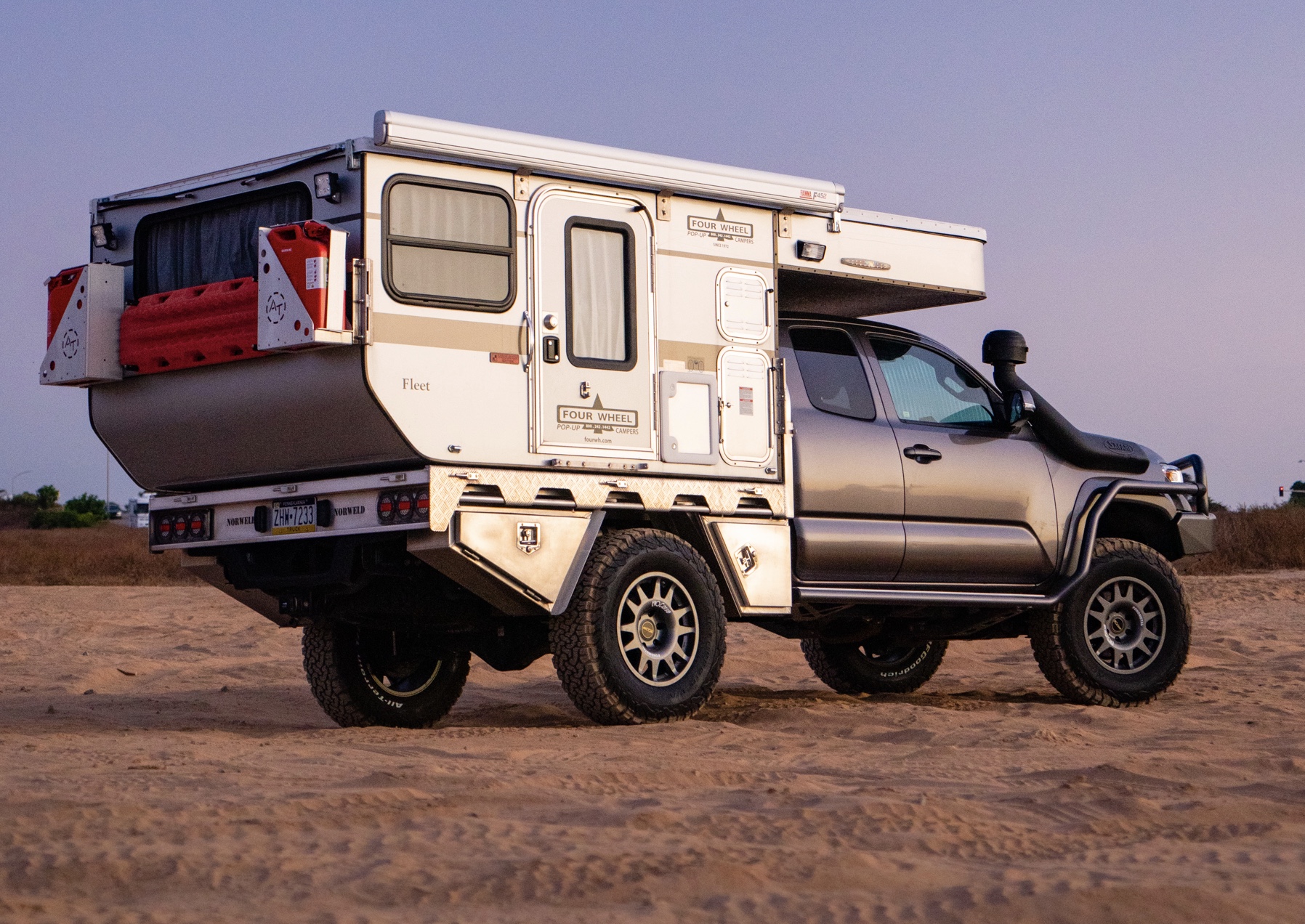 Who makes the best slide-in truck camper? Which campers are the top models? These are great questions, which deserve a truthful response. Unfortunately, providing a short and simple answer is difficult. The answer really depends [read more]

Ah, the Ram Power Wagon. Its been 17 years since FCA reintroduced the Power Wagon, the company’s purpose-built, off-road pickup to the public. The venerable pickup enjoyed an uninterrupted run in popularity from 1946 to [read more]