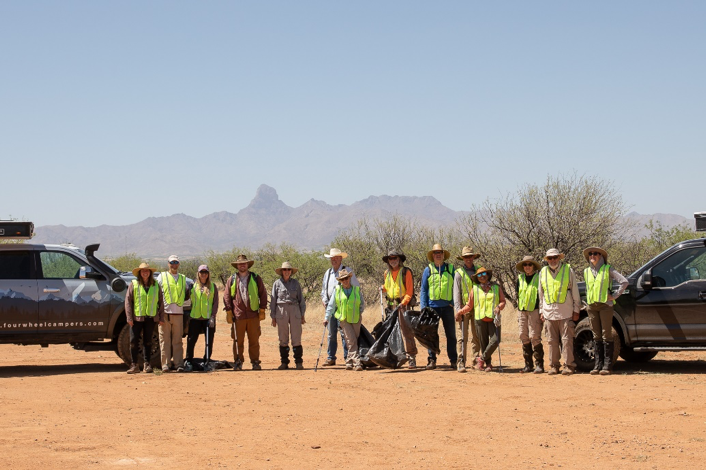 Over a dozen volunteers attended, and most opted to camp in the Refuge’s group campsite, which boasts spectacular views of the Baboquivari Mountains. On day one, some volunteers dismantled old rock campfire rings and relocated the rocks to erosion control zones, while others installed 20 metal fire pits in some of the Refuge’s most popular campsites. After lunch, volunteers split into several smaller groups to pick up trash along two miles of Arivaca-Sasabe Road, which runs right through the Refuge, and near many of the prime campsites. After the last bag of litter was hauled away, volunteers enjoyed a leisurely afternoon at camp, followed by dinner and drinks around the campfire. 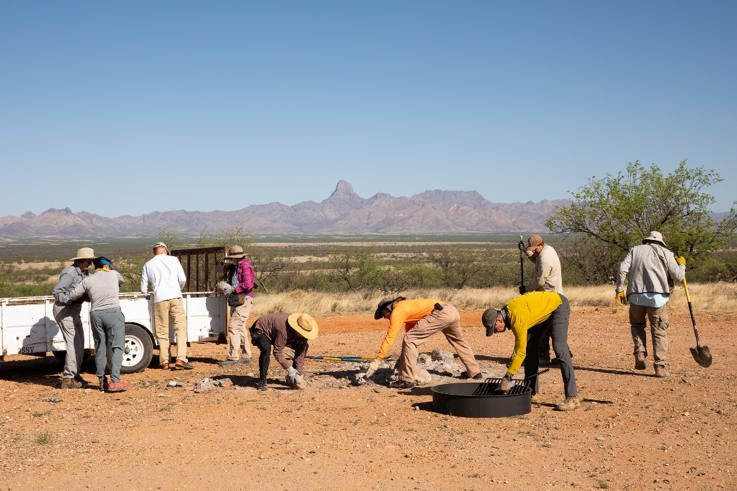 On the second morning, the group removed two miles of old, barbed wire fencing along Arivaca-Sasabe Road, which will soon be replaced with wildlife-friendly boundary fencing. Trash pickup resumed after lunch, and with the help of several new volunteers, the group removed litter along three miles of Arivaca-Sasabe Road. After collecting countless beer cans along the road, we opened up a few cold ones at camp, and enjoyed another night of campfire stories as coyotes serenaded us from a distance. 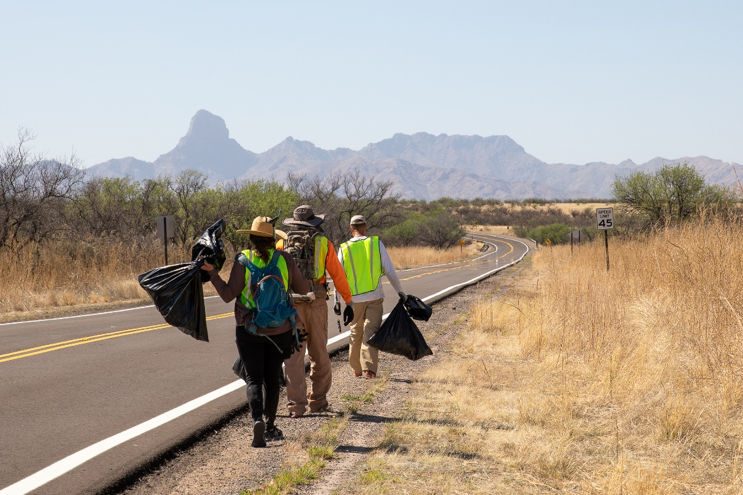 With the success of Four Wheel Campers’ community events, plus a customer base and online following that is passionate about giving back to our public lands, incorporating volunteer work into an event was a logical next step for the brand. “In our 50th year, we want to help heal and preserve nature for another 50 years and beyond,” says Dan Welty, Vice President of Four Wheel Campers. “Partnering with organizations focused on cleaning and protecting natural spaces, and with the help of our customer volunteers, we view this as the beginning of our long-term involvement in these efforts.”

All photos courtesy of Elisabeth Brentano. If you’d like to get involved in the next volunteer event, please visit the Events page on the Four Wheel Campers website for more details.

Future Events
On Saturday, June 4, Four Wheel Campers is teaming up with the Tahoe Rim Trail Association to assist with trail crew and litter removal in the Adventure Mountain area of South Lake Tahoe. Four Wheel Campers is providing camping for all volunteers on June 3 and 4 at Wilder Hope Valley, which sits on the stunning West Fork of the Carson River. On Sunday, June 12, Four Wheel Campers will be working with another Tahoe-based nonprofit, Clean Up the Lake. 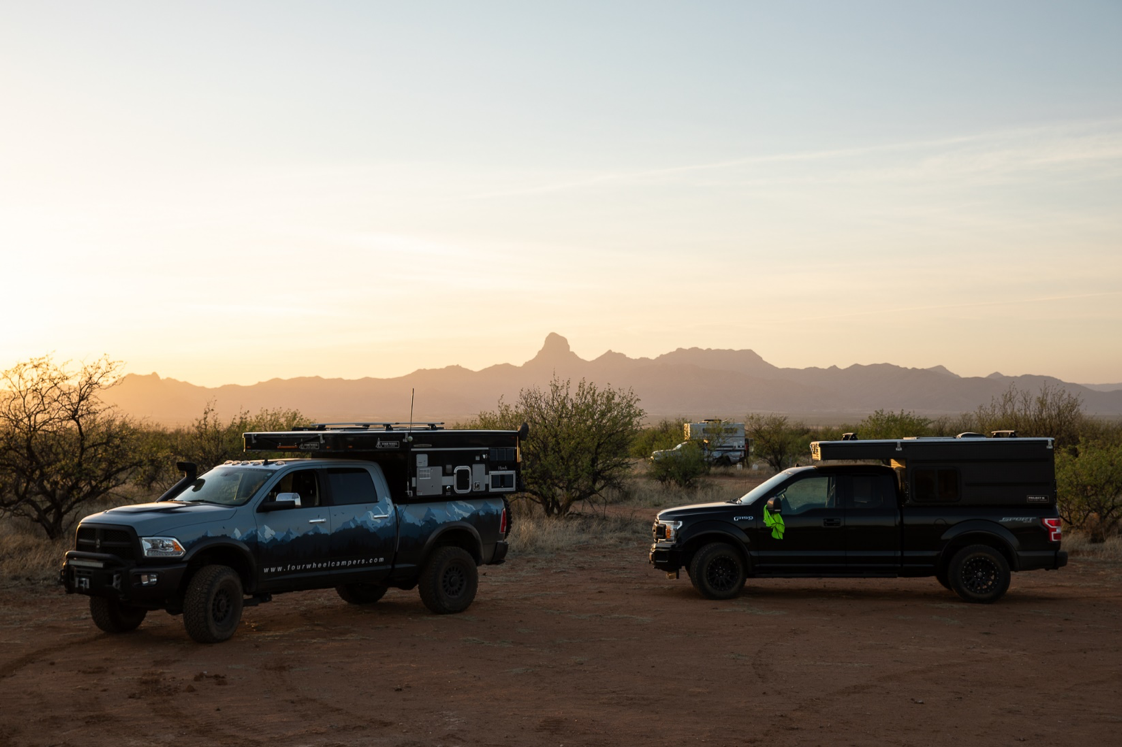 Like Loading...
About Mello Mike 661 Articles
Mello Mike is an Arizona native, author, and the founder of Truck Camper Adventure. He's been RV'ing since 2002, is a certified RVIA Level 1 RV Technician, and has restored several Airstream travel trailers. A communications expert, he retired from the U.S. Navy in 2004 as a CWO3 after 24 years, worked in project management, and now runs Truck Camper Adventure full-time. He also does some RV consulting, repairs, and inspections on the side. He currently rolls in a 2013 Ram 3500 with a 2021 Bundutec Roadrunner truck camper mounted on top and holds a Ham Radio Technician License (KK7FKQ).
Website Instagram YouTube

Our good friends at Four Wheel Campers (FWC), in conjunction with New Belgium Brewery, just announced the launch of an exciting five-episode video series devoted to capturing the Pop Up Life experience through the lens [read more]

Four Wheel Campers (FWC) will be holding its first-ever Open House at the FWC factory in Woodland, California, this Saturday, October 6, 2018 from 10am to 4pm. The Open House will include free tours of [read more]

The ninth annual Northwest Overland Rally has just been completed and by all accounts the show was a big success. Over 130 vendors and 2,500 overlanders of all stripes attended the big, four-day event. Truck [read more]