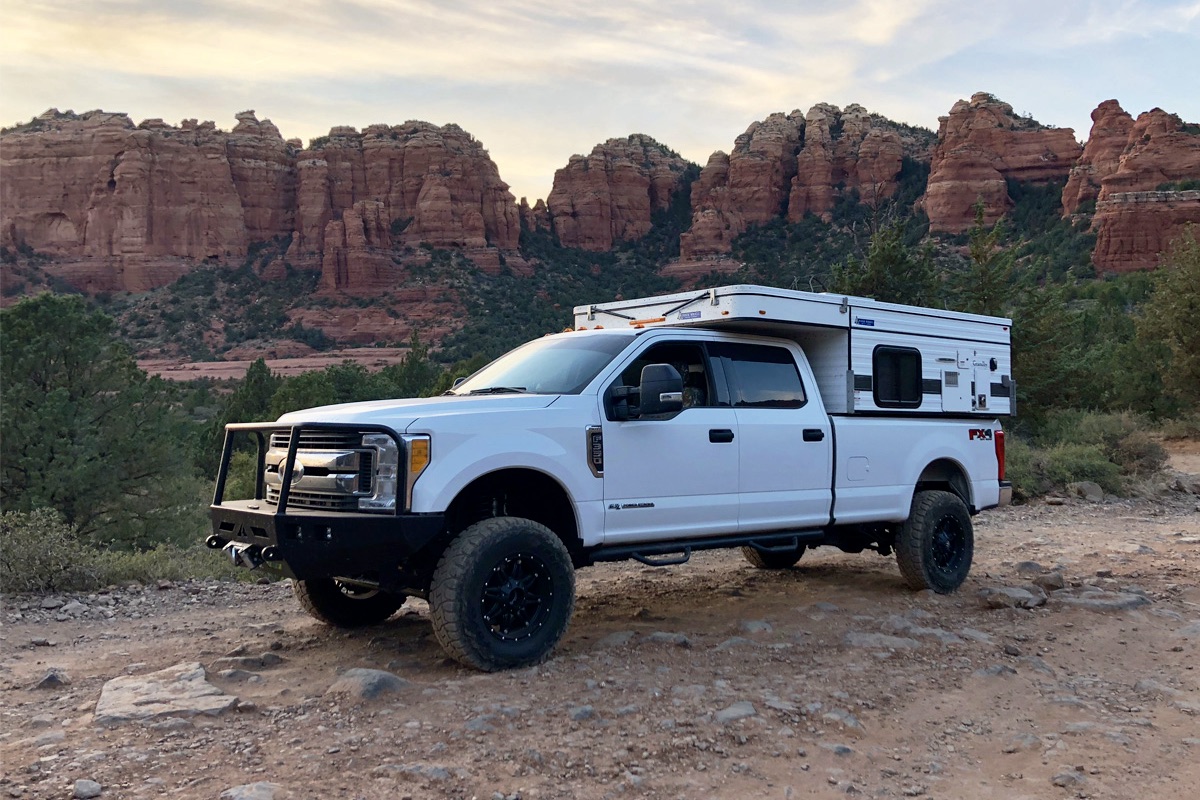 In a joint press release, Four Wheel Campers (FWC), the leading manufacturer of pop-up truck campers in America, just announced a historic sponsorship with Truck Camper Adventure (TCA), an online magazine specializing in overland truck campers, reviews, and 4WD exploration. Sponsorship will consist of a 2023 Four Wheel Camper Grandby, a lightweight, pop-up truck camper made for long-bed trucks. The brand-new Grandby will be mounted on an updated 2003 Ford F250 with the legendary 7.3L Power Stroke turbo diesel. The truck will be outfitted with a 4-inch lift, a Banks Monster Sport Exhaust, a Trail-Ready front bumper, and Nitto Ridge Grappler size-35 tires.

“Four Wheel Campers is very excited to embark on this new project with Mello Mike of Truck Camper Adventure,” said Dan Welty, VP of Four Wheel Campers. “We are looking forward to building Mike a new FWC pop-up truck camper for his Ford F-250. Our team is thankful to be part of the project. We wish Mike the best and hope that he will be able to explore areas he hasn’t been able to before. Having a small, narrow, lightweight camper will open up his ability to explore back-country, dirt roads like never before.”

The largest slide-in truck camper in the Four Wheel Campers catalog, the Grandby is made for long-bed trucks and is one of the company’s best sellers. The spacious, 8-foot floorplan features an east-west queen-size bed, a front dinette, a large kitchen with an 85L DC compressor refrigerator, a 20 gallon fresh water holding tank, two 10-pound propane tanks, a Thetford Swivel Cassette Toilet, electric jacks, and an outside shower. For long-lasting strength and durability, construction of the 1,600-pound, fully-loaded camper features an all-aluminum construction. The camper will be delivered to Truck Camper Adventure in November. 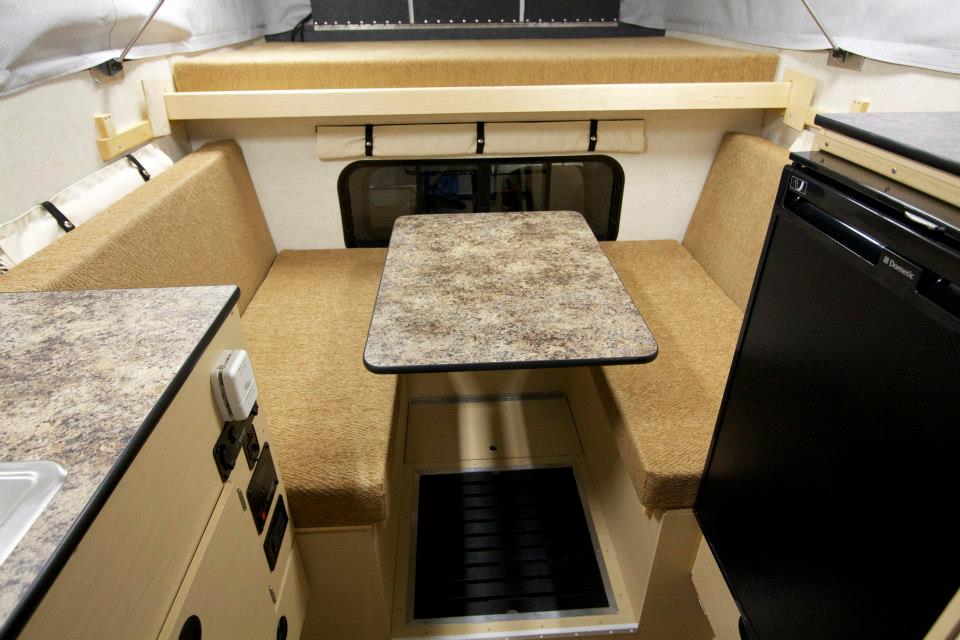 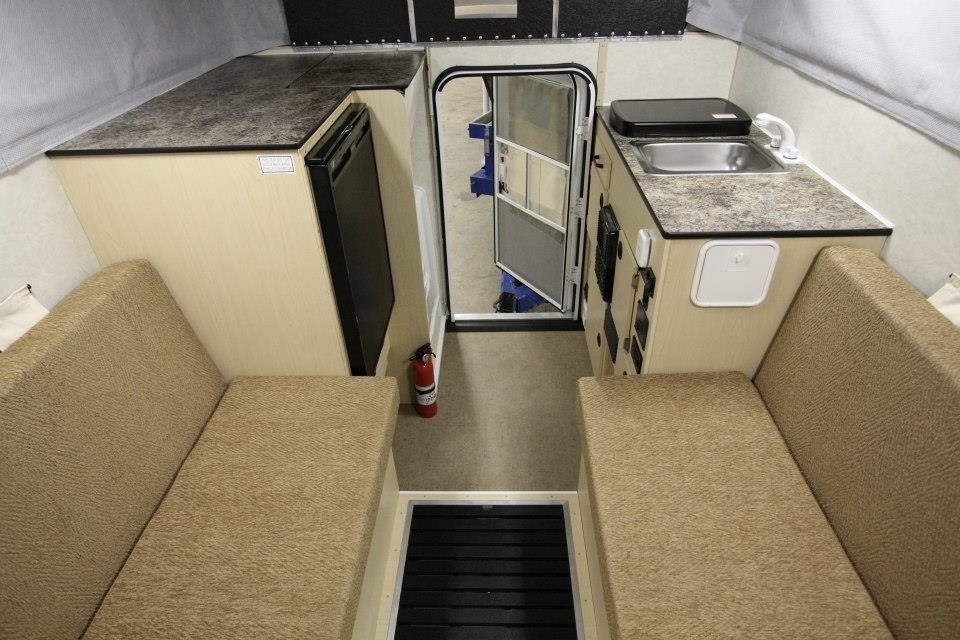 Like all Four Wheel Campers, the Four Wheel Camper Grandby uses a proprietary tie-down system consisting of four, zinc-coated eye-bolts reinforced with steel backing plates that are mounted to the bed of the pickup. The advantage of having a hidden tie-down system like the one used by Four Wheel Campers is that it not only presents a clean look on the outside of the camper, but also eliminates outriggers that can be snagged on obstructions while driving off-road.

“We decided to build an off-road rig for more extreme off-road adventures and Four Wheel Campers was the first company that came to mind,” said Michael Smith (aka Mello Mike), Founder and CEO of Truck Camper Adventure. “With a loaded weight of 1,600 pounds and an 8-foot floor plan, the Grandby will be a perfect match for our 2003 Ford F250 7.3L. We couldn’t be more excited about the sponsorship and look forward to exploring with the FWC Grandby on future excursions. One of our first trail runs will be on the famous White Rim Trail. No, we are not selling our old rig. TCA’s “fleet” will consist of two rigs, this new Ford-Grandby rig and our old Ram-SherpTek-Roadrunner rig.”

The Ford Motor Company just announced that an integrated electric winch will be available as either a factory-orderable option or a dealer-installed after-sale accessory on a 2020 F-Series Super Duty with the Tremor Off-Road Package. [read more]

Ah, the Ram Power Wagon. Its been 17 years since FCA reintroduced the Power Wagon, the company’s purpose-built, off-road pickup to the public. The venerable pickup enjoyed an uninterrupted run in popularity from 1946 to [read more]

Our friends at Four Wheel Campers just released a portable power solution for their popular Project M truck topper. According to the company, the new power box comes with several features including a 750 watt [read more]