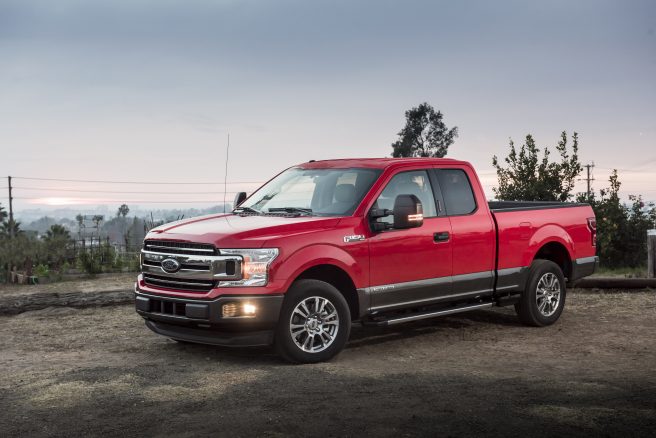 The new 3.0L Power Stroke was thoroughly tested in arduous conditions along the Davis Dam in western Arizona. An F-150 equipped with the new diesel climbed 13 miles at a 6 percent grade in temperatures in excess of 100 degrees—maintaining consistent power output throughout the climb.

Peak torque for the new Power Stroke diesel comes at just 1,750 rpm, while peak horsepower was achieved at 3,250 rpm.

The new engine will feature a premium mechanical engine-driven fan and dual radiator shutters for improved high temperature, high-altitude performance—a key advantage versus the electric cooling fans used by the competition. In more moderate driving and towing conditions, the F-150 engine control system will back off the fan load through a viscous coupler, closing down the two radiator shutters for improved aerodynamic efficiency and reduced parasitic engine loss.

“We know that competing diesels with electric cooling fans have to dial back on power under extreme heat and altitude, so we decided on a viscous-controlled mechanical fan that has the capacity to move much more air across the radiator and intercooler in extreme conditions,” said David Ives, Ford diesel engine technical specialist. “This gives F-150 Power Stroke owners more power and more passing capability in harsh conditions.”

The new 3.0L Power Stroke diesel will be mated with Ford’s SelectShift 10-speed automatic transmission. This transmission has been calibrated specifically to match the new diesel’s low-end power and torque curves in order to maximize shift points and gear ratios to optimize power, low-rpm torque and efficiency. The SelectShift is capable of non-sequentially selecting the right gear ratio based on need. 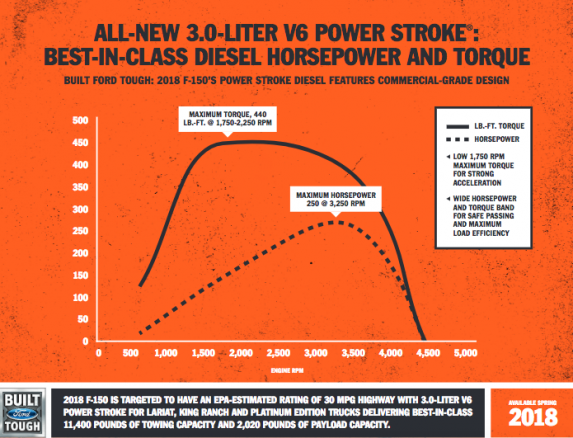 For greater responsiveness and reduced turbo lag, the engine will be equipped with a high-efficiency variable-geometry turbocharger. The engine will also employ a common-rail fuel injection system to optimize performance and fuel efficiency, while a high-pressure 29,000 pounds per square inch injection calibration enables smoother, quieter operation with reduced emissions.

The new diesel will require the use of the Diesel Exhaust Fluid (DEF) to meet emissions regulations. The F-150 will be equipped with a 5.4 gallon DEF tank and a 26 gallon diesel fuel tank. 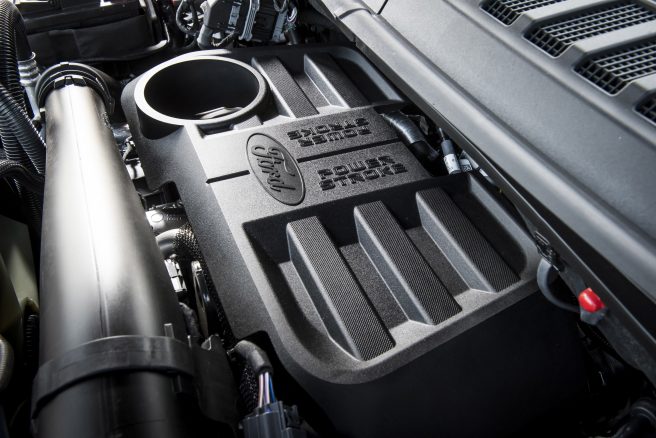 Best in-class payload? When it comes to buying a Ford truck, think again. In news that hits close to home for many truck camper owners, the Ford Motor Co will pay $19.2 million to resolve [read more]

Two things we really like about the 2021 Ford F150: the payload and the power. The truck offers loads of both with an eye-popping 2,900-pound payload rating for the 5.0L V8 SuperCrew, and a brand-new [read more]