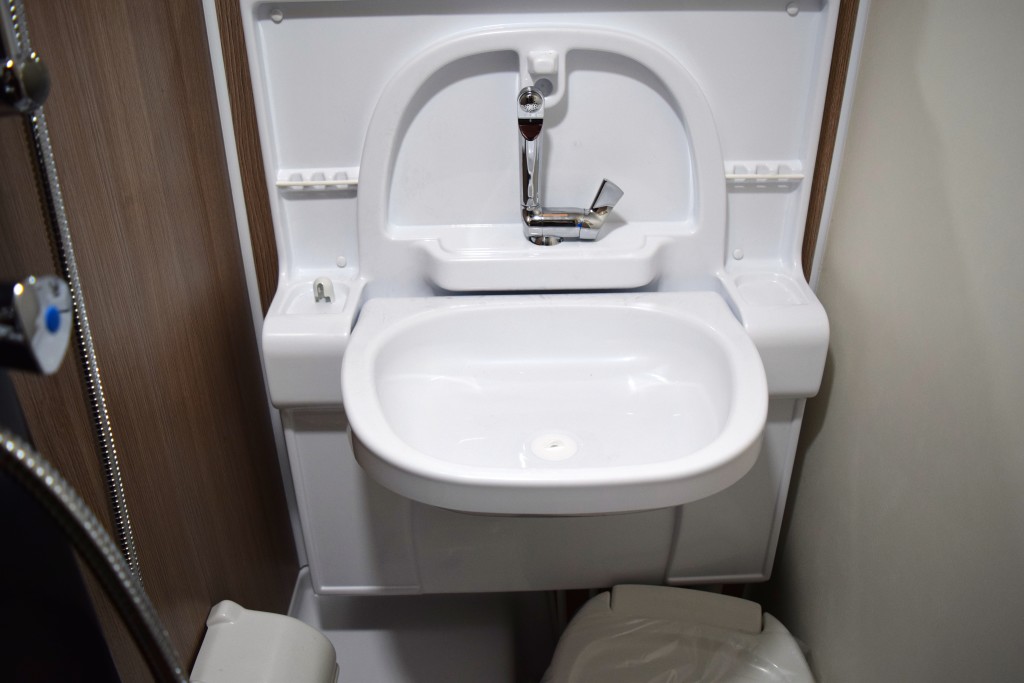 Truck Camper Adventure is proud to present, Feature in the Spotlight, a periodic look at a truck camper feature or option that is new and revolutionary and just plain cool. In this initial installment, we take a closer look at nuCamp’s fold-out bathroom sink.

I’ve heard some nice things about nuCamp, the new kid on the truck camper manufacturer block. One feature found in their new Cirrus 800 camper is their so-called fold out bathroom sink. If you haven’t seen or heard about this sink, it’s pretty neat. The sink folds out when you need it, and when you’re done using it, you simply fold it back up against the wall. As you know elbow room can be pretty limited in a truck camper, especially those found in short-bed truck campers. Many models don’t even have a bathroom sink, and if they do, the spacing inside the bathroom is very cramped. The folks at nuCamp solved this spacing problem by using this fold out sink, which is actually a part of a neat little vanity unit. It takes up very little space, weighs very little, and provides couples and families with another sink to use in the morning when getting ready for the day. The company imports this sink from Europe where the sink, apparently, is a common sight in caravans across Europe.

It’s good to see nuCamp breaking the paradigm of what’s considered “normal” in today’s U.S. truck camper market. One benefit about having new manufacturers in the industry is the potential for new ideas. Cirrus has not only done this, but done it in a big way. Indeed, there are several innovations found in their 800 model that break old conventions. Hopefully, we’ll see this sink used by other U.S. truck camper manufacturers in the near future. There are many truck camper models in existence that would benefit from having this sink. Not only would this sink work in campers equipped with a standard toilet and black water holding tank, but it would also work in campers fitted with a cassette toilet (this is actually the standard configuration in Europe). Sure, this fold out sink and vanity might not fit in all bathroom designs because of plumbing considerations, but I suspect this would be a just small percentage of campers. Imagine having this fold out sink and vanity in a Lance 825 or in Northstar Laredo? Hmm! 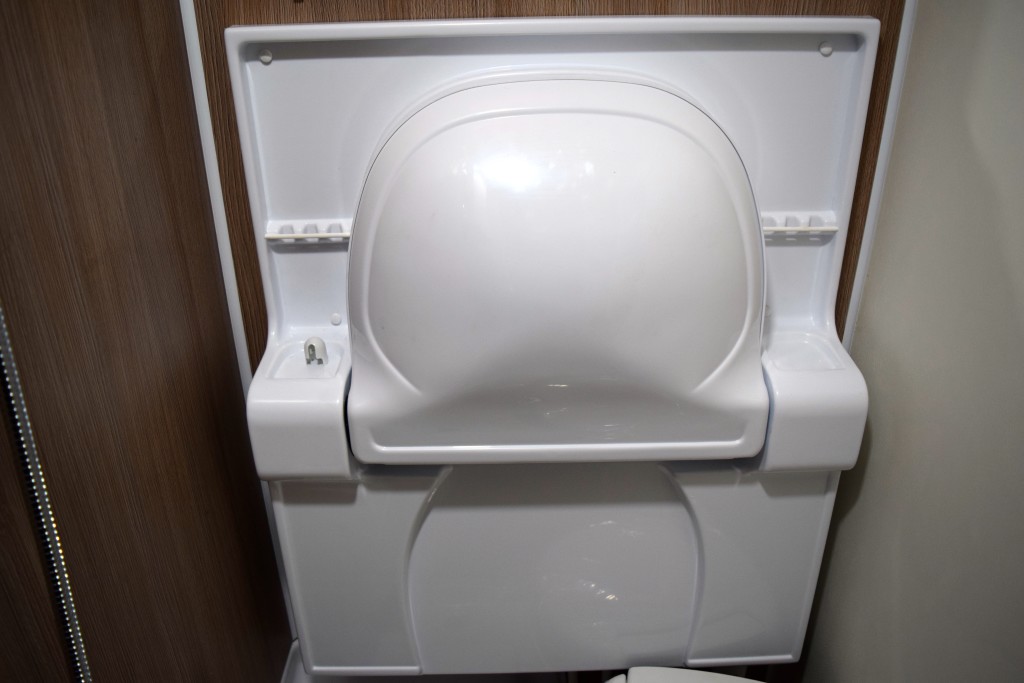 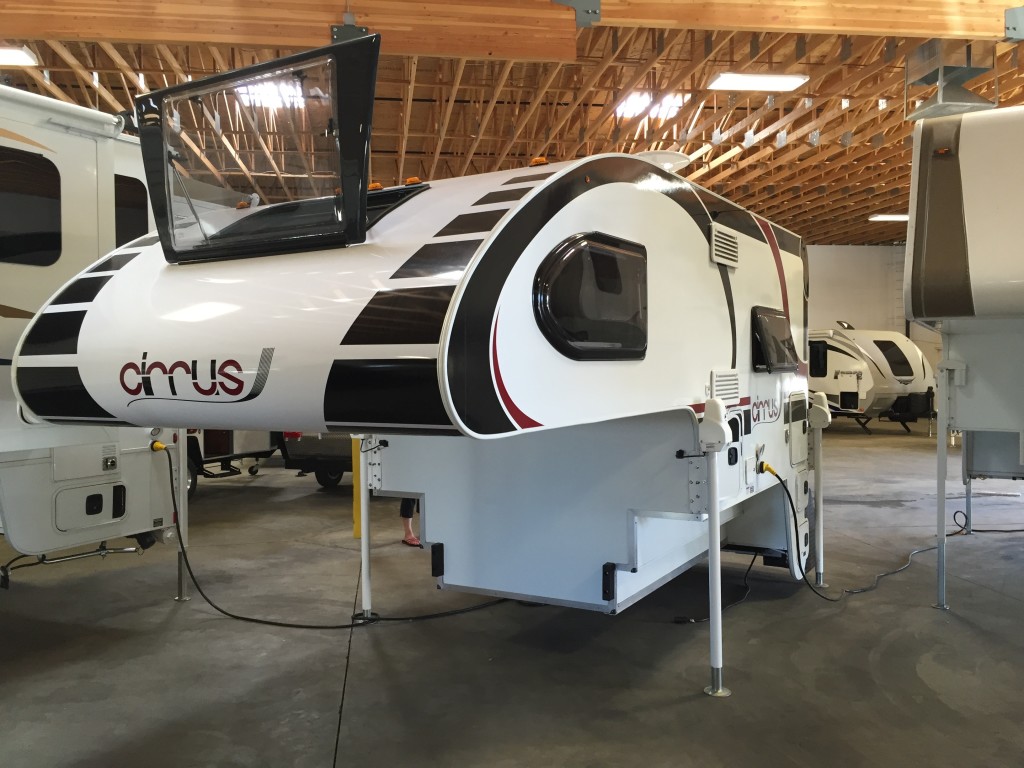 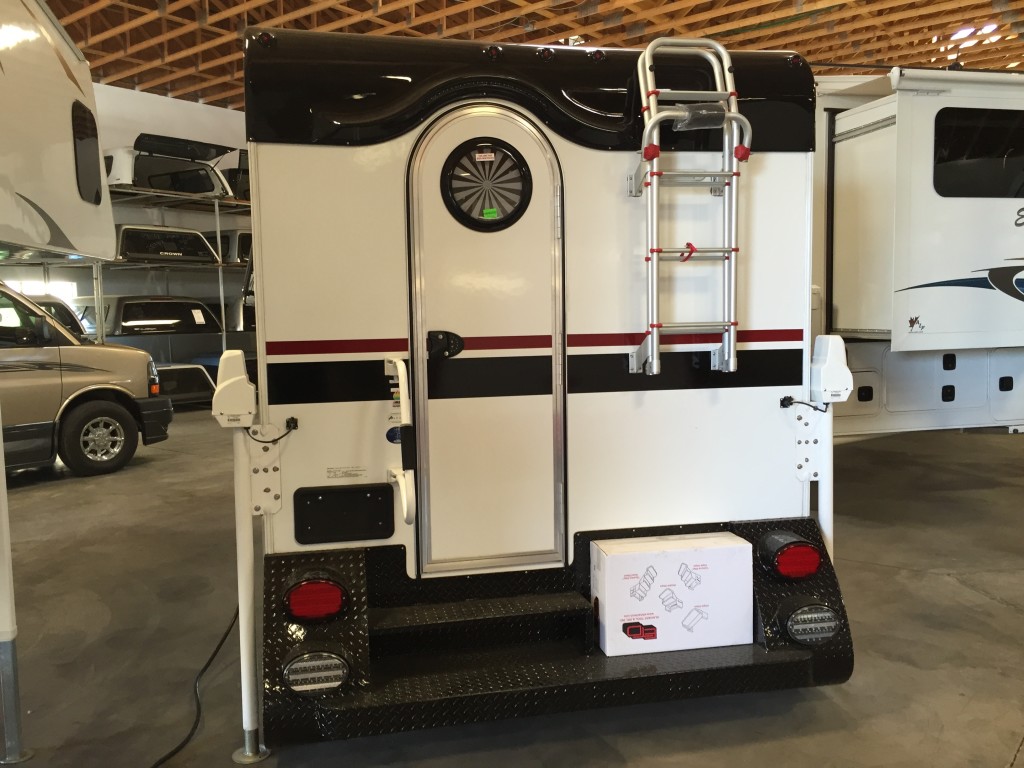 Pros and Cons of the RV Wet Bath

We’ve owned six RVs over the years and our Wolf Creek 850 truck camper is the first RV with a wet bath. Honestly, we weren’t sure we’d like having a wet bath, but it’s really [read more]