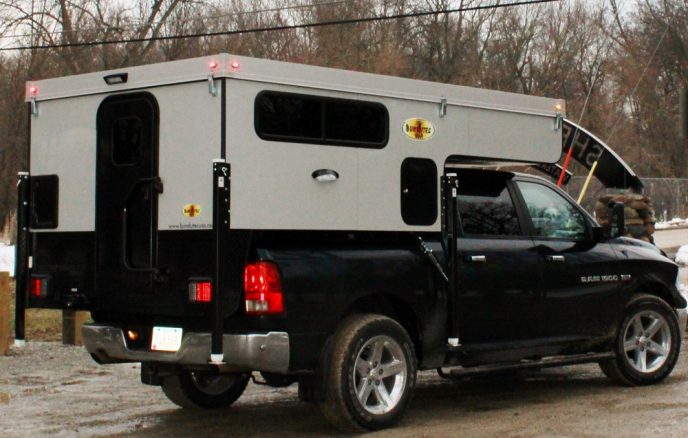 Iowa based BundutecUSA, quality builder of hard-side and pop-up truck campers, just announced the expansion of its product line with the release of a new self-contained pop-up for half-ton trucks called the Wild. The company says that the new, self-contained truck camper will allow longer trips in the back country without having to make special runs to the nearest town for services.

According to the press release, the company took its popular BunduKort model and updated the floorplan to include a wet-bath with a cassette toilet and shower and additional upgrades for those looking to have more than just a basic base camp setup. In spite of these upgrades, the new pop-up truck camper weighs only 1,630 pounds dry, a figure that puts it well within the payload ratings of most half-ton pickup trucks being built today.

“I’m excited to get it shown to see what kind of response we get,” said Rory Willet, owner of BundutecUSA, about the Wild. “The unit is filling an opening in our line up for the new camper line we have. Speaking with the attendees at the Overland Expo and the sales we’ve had here, I saw that many guys would love to take the wife on their camping adventures and she would go along, but only if it had an indoor toilet and shower. We offered a longer floor length unit, but they were getting too heavy for the trucks that the majority of people have, the short-bed, half-ton pickup truck.”

Framed entirely of wood, like all BundutecUSA truck campers, the Wild comes standard with a 4-gallon water heater, a Thetford cassette toilet, a Nova Kool 3.1 cubic foot 12 volt compressor refrigerator, a full-size memory foam mattress, loads of storage, and a 16,000 BTU furnace. It also features a laminated aluminum/fiberglass roof with an electric lift, a smooth aluminum exterior, several USB and 12 volt outlets, LED lighting, a MaxxAir Fan, and a Zamp exterior solar charge port to name only a few.

The Wild is also equipped with a 21 gallon fresh water tank, a 7 gallon grey water tank, a 5 gallon cassette for black water, and a single 5 gallon propane tank. The camper also comes standard with a single battery tray large enough to hold a group-27 battery. A dual battery tray can be added as an option for even greater power off-grid. 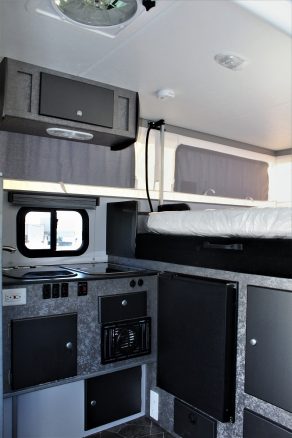 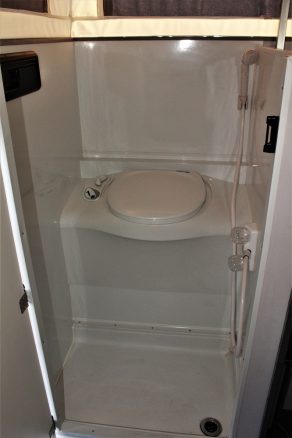 “This layout offers the most seating and floorspace that still has a toilet and shower,” said Willet about the Wild, which features both a floor length and width of 7-feet. “The only item I can’t offer is the Truma Combi in the limited space—yet. There still may be a way to do that, but the seating would have to be a few inches smaller!”

The retail price for the BundutecUSA Wild starts at $18,600. BundutecUSA sells factory direct and specializes in making each camper semi-custom. Customers can delete features down to a basic base camp model or load it up with all the comforts desired for a standard or flatbed truck. The camper can even be purchased in either gray or white or as a full hard-side.

“This unit is going to the only dealer we have in New Hampshire,” said Willet, “everything else will be factory direct. I’ve already sold a version of it for a full-sized 8-foot truck and have been asked if it can be built for the GMC Canyon and Toyota Tacoma. Those drawings are on my desk right now and I believe the answer is, yes, on both trucks. Staying small and flexible allows us to make those changes and build campers that aren’t always available. [The Wild] started with a customer asking if I could build one like the BushCamp model self-contained. That is how the process starts and we go from there with designing a new camper.” 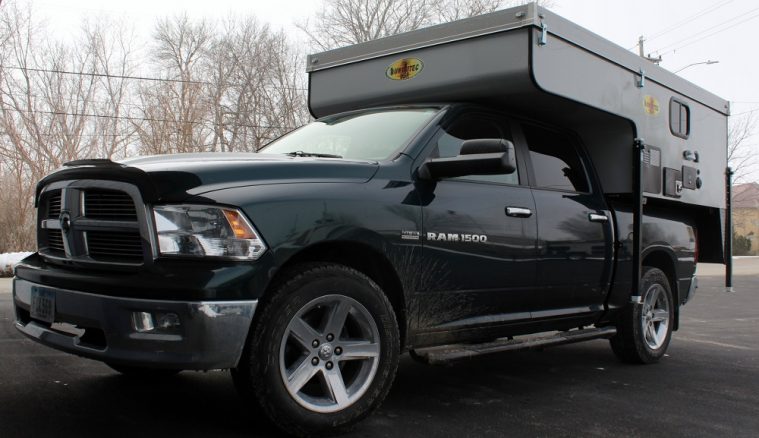 Last week, I had a complete set of wheels and tires installed on my 2013 Ram 3500. I want my truck to be ready and to look good when I pickup my new Northstar Laredo [read more]

Why the Aging Ford 7.3L Diesel is Still Great for Truck Camper Rigs