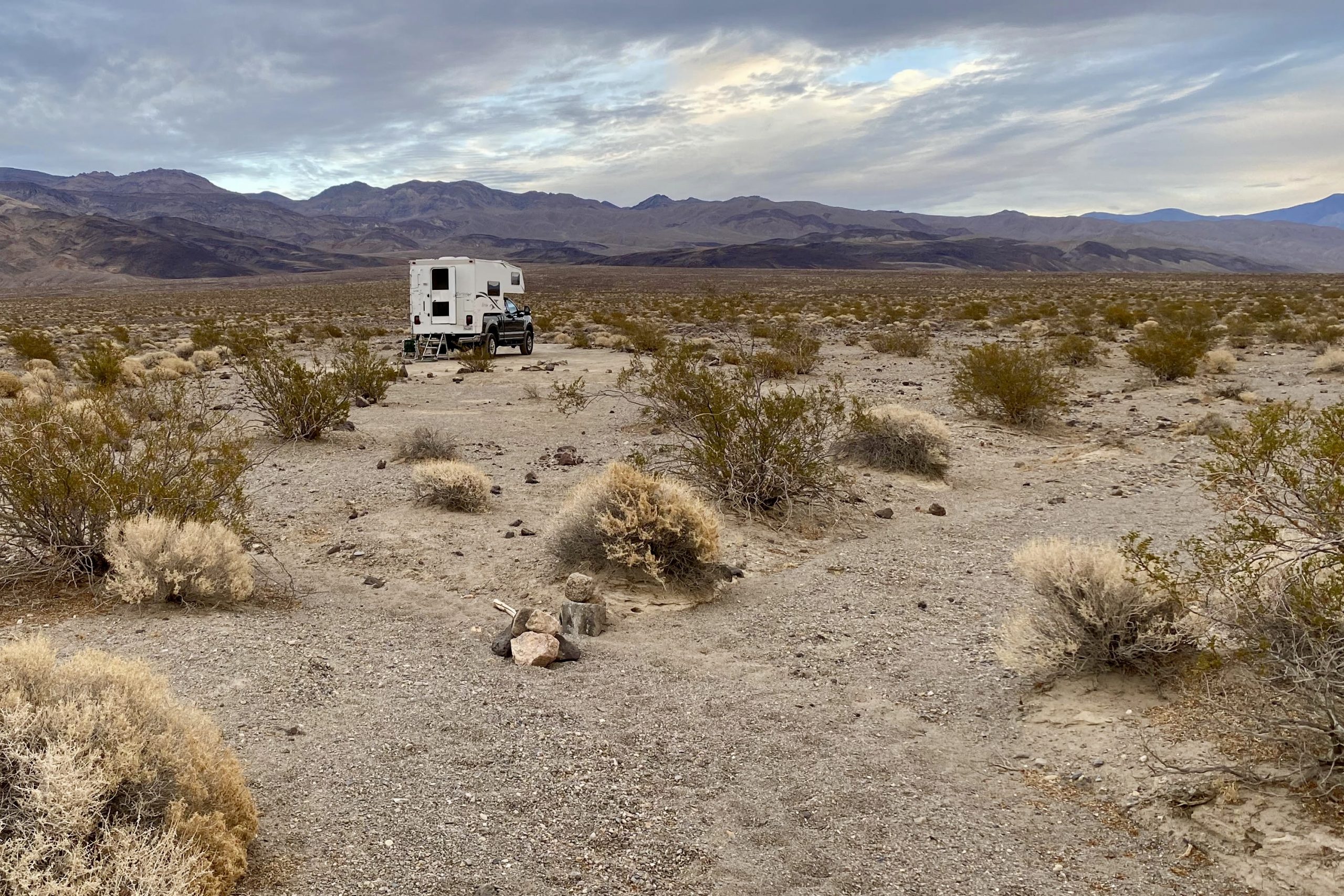 The state of communications for rural and on or off the road RV’ers is changing quickly. This is a tale of two homes—our home residence and our home-on-the-road truck camper.

We live in a rural area on the very edge of any cell phone service on the west slope of the Northern Sierra Nevada Mountains. With AT&T having the best, but still awful signal at our location, we switched from Verizon, which had no signal, to AT&T when we moved here. We now have one signal bar of service and an iffy, occasionally throttled signal that comes from a line-of-sight cell tower some 18 miles away on Interstate-80.

As the only alternative in our area we tried a couple satellite internet providers like Wild Blue and later HughesNet which, because of the terrible latency, a very low data allowance, and excruciatingly slow service, we were unable to play a Youtube video or something from iTunes without constant interruptions, and even unable to transfer a photo from my cell phone to my computer, so we lived with it. It was a seething tower of frustration. In fact, it was about the only thing we disliked about living on the beautiful west slope.

To strengthen our cellphone signal at home we purchased and installed a Wilson home cell phone signal booster for $549.98. Adjusting the booster antenna on the 8-foot pole to find the best reception, we finally had very good reception and speed through our phone’s hotspot. We were lucky to have line-of-sight reception.

I immediately cancelled HughesNet. It’s nice to be on the canceling end of cancel culture for a change.

Things were looking up with an additional minimum of two bars and lightening, fast download speed plus much better audio using the phone when on a hotspot.

I was ready to purchase Wilson’s Drive Reach RV and hardwired DC-DC adapter when the news suddenly went into overdrive on March 28th when AT&T quietly announced their “Great Deal Plan.” This plan costs $55 per month for 100GB’s of data for your computer or tablet, or $75 per month for unlimited GB’s of data. We opted for the unlimited. We also got unlimited data GB’s for each of our cell phones.

This is really big news for truck camper and RV folks who spend a lot of time on the road or remote camping and want to work, play, and have advantages of data transfer and the internet. 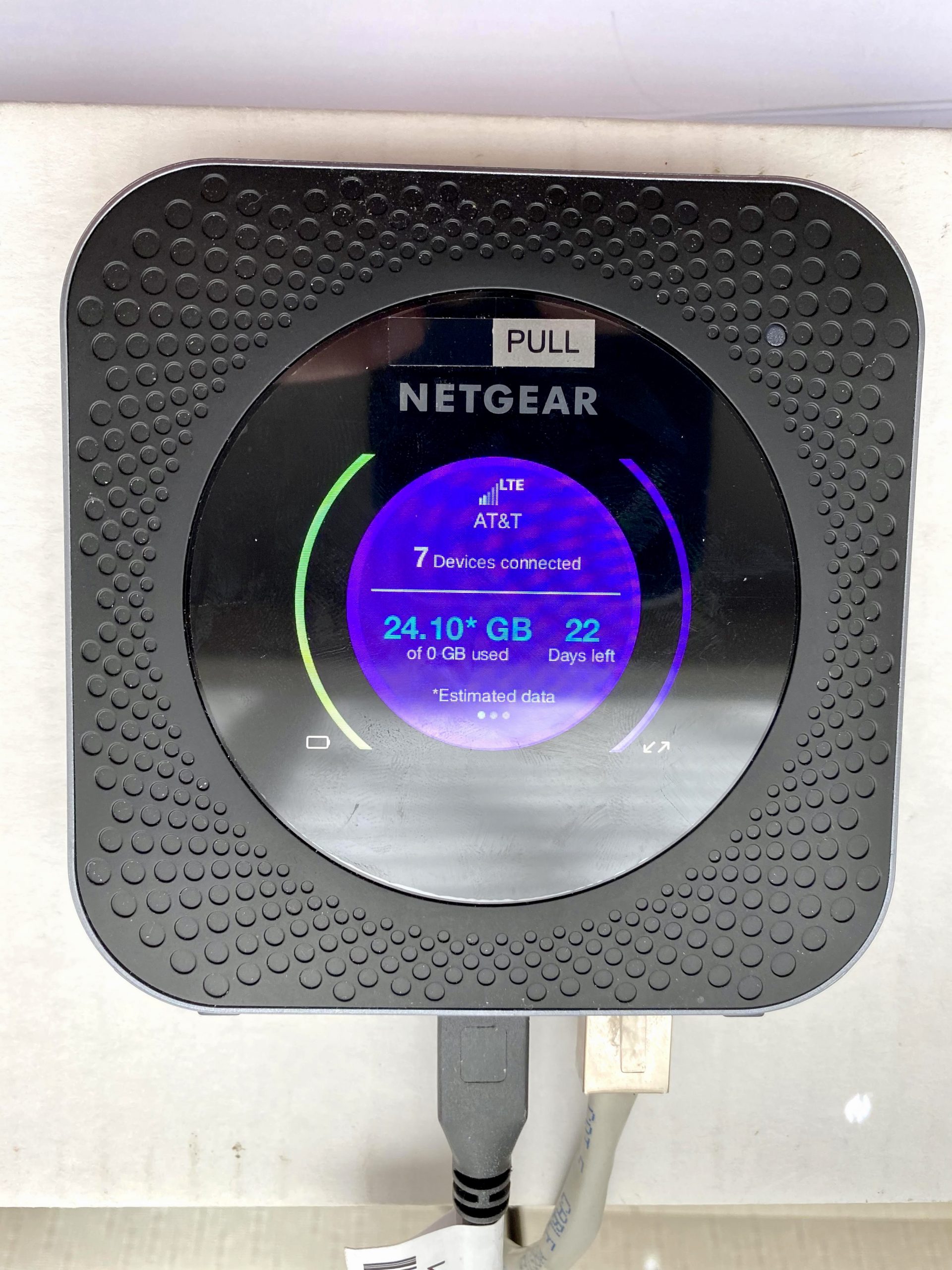 The catch is you must purchase NetGear’s Nighthawk M1 Gigabit LTE Mobile hotspot router as the receiver indoors. It’s $280.63 through Amazon outright or pay in installments, and $8.34 per month through AT&T. This 4×1-inch square block acts like a phone that you can never use as a phone. Here’s the trick: it’s a mobile device that runs on a rechargeable battery or with the 110 volt AC charger and works anywhere with enough signal, no matter where you are. This is invaluable for us remote livers with a whiff of cell phone signal as it works both at home and on the road on your devices. Remember, with the Nighthawk router your cell phone is now out of the loop. The signal goes from the tower to mobile hotspot router to your device. So you actually have redundancy, if needed.

Mello Mike and several others on Truck Camper Adventure were touting the efficacy of using a Wilson WeBoost omni-directional antenna system for vehicles and the hotspot on your phone to use data while in a remote location. Previously we had used my phone’s hotspot when Hughes was down or we suffered another power outage, or we were on the road in the truck camper. But with all the AT&T signal woes, it was not a long-term solution for either home or on the road without buying a lot of expensive and duplicitous equipment and paying for AT&T cell data used via the hotspot.

Let’s compare HughesNet’s speed to AT&T’s through the Nighthawk. Hughes through their satellite dish, cable, modem, and router: 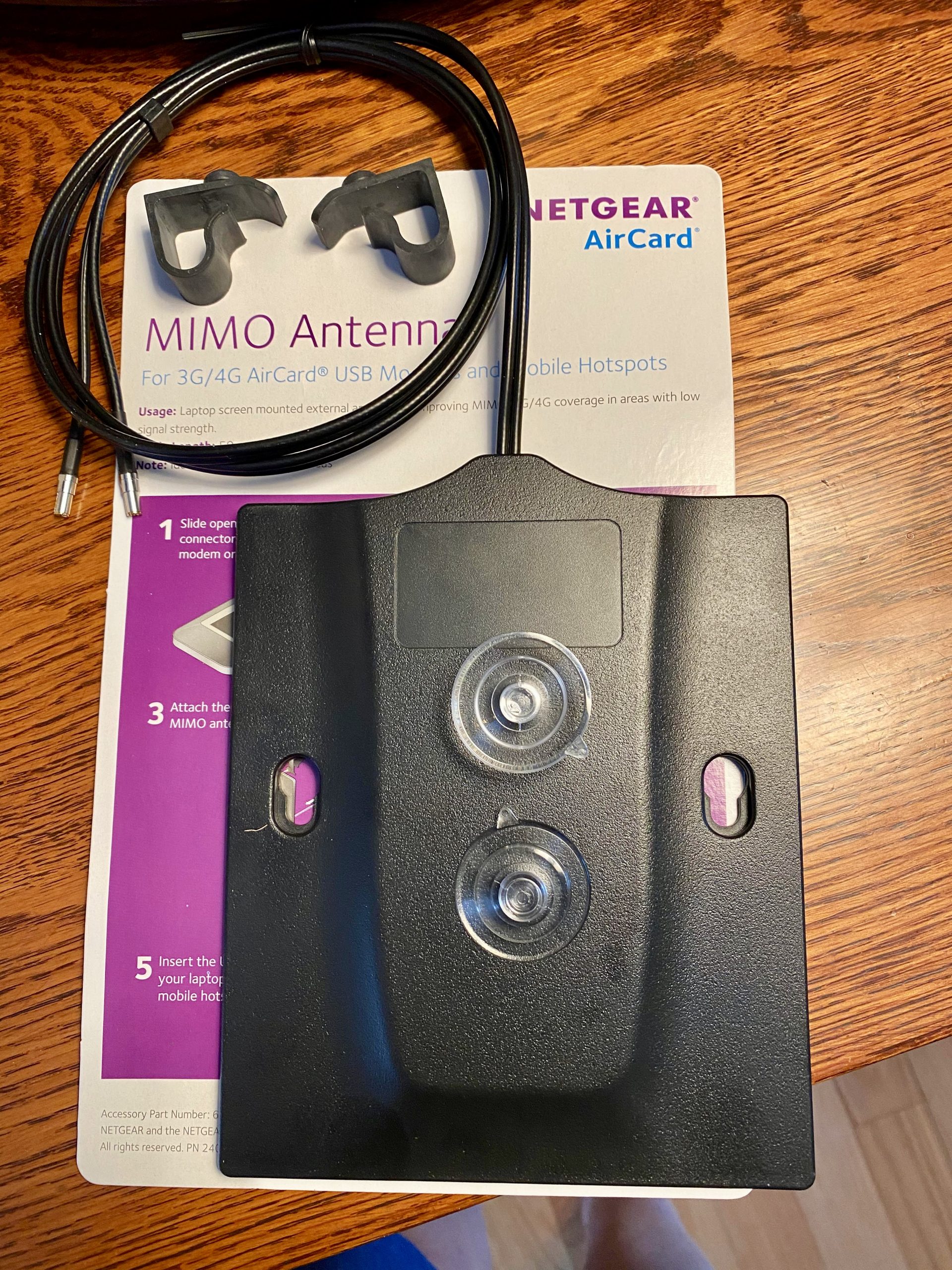 After our upcoming boondocking trip, I’ll give an update to see if we get the Wilson WeBoost Drive-X or the Wilson Drive Reach RV multi directional antenna for maximum signal.

About Jefe4x4 7 Articles
When it comes to Extreme Truck Campers (XTC’s) and exploring off-road, few people know more than Jeff Reynolds. Known as Jefe 4×4 on the Internet forums, Jeff embarked on his first off-road adventure in 1965 and hasn’t looked back since. He’s owned over a dozen 4×4 vehicles of various makes and has traveled well over a million miles in them. In the 1990s he worked as a staff writer on the Jeep section of Off-Road.com then later wrote articles for 4x4Wire.com about the nuts-and-bolts of 4×4 drive-trains.

Is Your Truck Camper Ready to Bug Out?

We often hear and read the refrain that 2020 can’t get over soon enough. We agree. By American standards it was historically bad, with a worldwide pandemic and state-wide shutdowns, riots, fires, earthquakes, hurricanes, and [read more]

When it comes to your truck camper rig, a good radio communications setup is important, especially if you like to explore remote locations. Yes, the cell phone has revolutionized mobile communications in a major way, [read more]