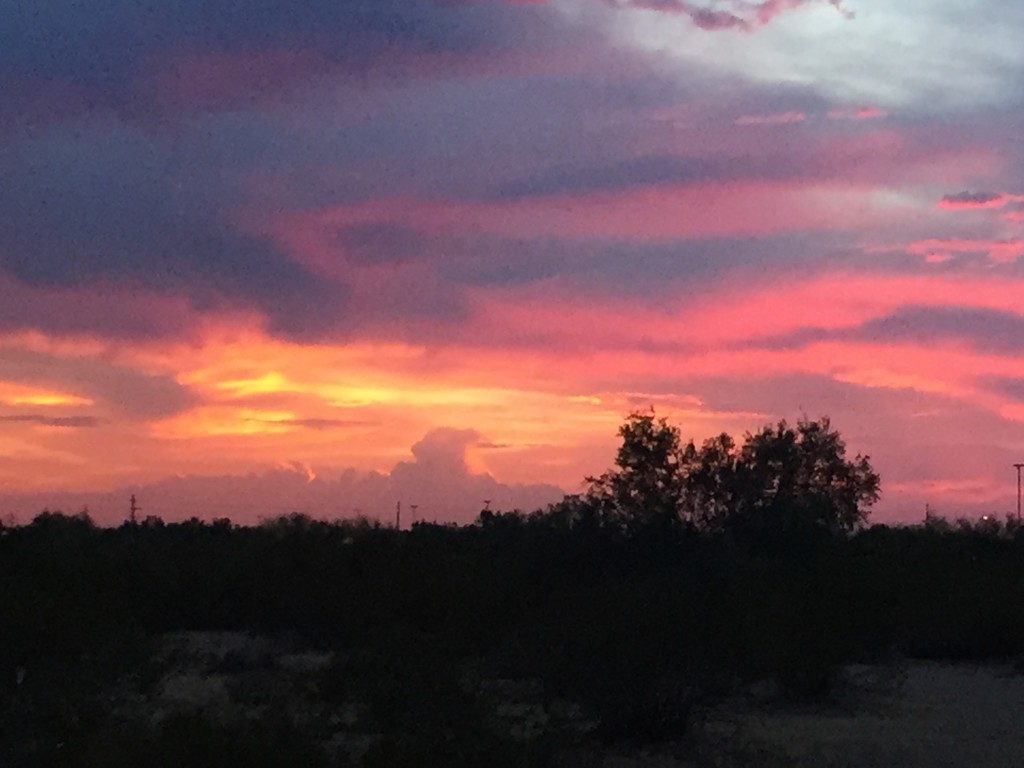 Okay, I admit it. I’m a sunset junkie. I’ve loved them ever since I was a kid growing up in Tucson in the 1960s. If you’ve been to Arizona you already know that the state has some of the most colorful, awe inspiring sunsets in the world. Indeed, you’ll rarely see an issue of Arizona Highways magazine without at least one sunset gracing its pages. Being the sunset junkie that I am, I’m always on the lookout for signs that a sunset worthy of being photographed is on the horizon. What are these signs? How can you tell when a spectacular sunset will happen? I’ll briefly explain in this article.

First things first. Let’s put the biggest myth to rest. Pollutants and dust do NOT enhance the brilliance of a sunset. I’ve lost count on how many times I’ve read this fable on the Internet. If this were true spectacular sunsets would occur practically everyday in the skies over Los Angeles and we know they don’t. The fact of the matter is that tropospheric pollutants and dust not only attenuate or block the light from the sun but they also subdue it. The large size of these particulates relative to the wavelength of visible light guarantees this will happen. These particulates actually transform the brilliant reddish hues from the sun to pale yellows and light pinks. What is the key ingredient needed for a brilliant sunset? It’s clean air–the cleaner, the better.

At this point you may be wondering why the light of the sun at sunset and sunrise is reddish compared to the middle parts of the day. If you’ve ever looked through a prism you know that visible light is actually composed of a range of colors from violet, blue, and green on one end of the spectrum to yellow, orange and red on the other. At sunrise or sunset, sunlight takes a much longer path through the atmosphere compared to other parts of the day. This longer path along the surface of the earth scatters and removes the violet and blue light from the sun creating light that is reddened. This is especially true when the air in the atmosphere is clean since clean air molecules are extremely effective in scattering violet light. 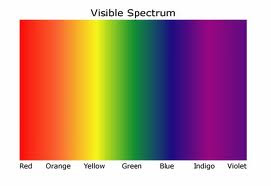 As you probably already know, the presence of clouds usually enhances the brilliance of a sunset. In order to have a positive effect, however, these clouds must be high enough in the atmosphere, like cirrus, cirro-cumulus, and alto-stratus clouds, to intercept the light from the sun before it’s attenuated by pollutants near the surface of the earth. Lower-level clouds, such as strato-cumulus and stratus clouds, rarely have a positive impact on a sunset. When they do it usually happens over the ocean in the tropics where the air is cleaner or after a late-afternoon thunderstorm.

Like high-level clouds, volcanic eruptions can also enhance the beauty of a sunset. These eruptions spew thin clouds of dust and sulfuric acid droplets high into the stratosphere where they intercept the light from the sun. These tiny volcanic particulates, which are much smaller than the pollution found in the troposphere, are invisible in the blue skies over the earth during the middle of the day, but cast their brilliance about 15 minutes after sunset because they are so high over the earth. Because of this delay after sunset, volcanic twilights are often called “afterglows.”

Geography and the time of the year both play a role in creating brilliant sunsets as well. In general, the best locations to view them are in the tropics and in the deserts where the air is typically cleaner. I know this is true from my own personal experience, in part, while I was in the US Navy. The most spectacular sunsets I’ve ever seen were in Hawaii, in the Caribbean, and in Arizona. As for the season, summer is usually not a good time for sunsets because the air is so stagnant (the main exception being Arizona’s summer monsoons). Because of this the best time of year to observe awe inspiring sunsets is in late fall and winter when the air circulation is better.

The preceding paragraphs gave some important clues to help predict when colorful sunsets can occur. Here are a few practical tips. If you happen to see feather-like, high altitude clouds to the west late in the afternoon, then you’ll likely enjoy a colorful and brilliant sunset. You’ll also want to keep an eye on the weather. If a low weather front happens to be passing by late in the afternoon, then the high winds associated with that front will usually clean the air and we know that’s a good thing. Indeed, some of the best sunsets I’ve ever seen occurred immediately after thunderstorms and wind storms. Understand that these tips aren’t foolproof. Often ideal conditions completely fizzle out when it comes to colorful sunsets. You have to be persistent if you’re on the lookout. Don’t give up.