Most slide-in truck campers are equipped with a propane system. This system, which provides fuel for absorption refrigerators, stoves, water heaters, and furnaces. consists one or two propane cylinders or tanks, a two-stage propane regulator, and a propane low-pressure manifold. The propane cylinders used in today’s truck campers and RVs come in a variety of sizes, the most common of which are rated for 20, 30, and 40 pounds, though some pop-ups and smaller hard-side campers, like the new Scout Olympic, use the smaller 5-pound propane container (shown above).

All propane containers used in today’s RVs must be outfitted with an Overfilling Prevention Device (OPD). This safety device became a requirement in 2002 and prevents propane containers from being overfilled, which for all containers is 80 percent of total capacity (the additional 20 percent allows for expansion during warm weather). OPD valves can quickly be identified by the triangular-shaped knobs with the letters “OPD” stamped on them.

Did you know that the Department of Transportation (DOT) requires that propane cylinders used in RVs be recertified for use every 12 years? The DOT does, though very few RV owners do it or even know that this requirement exists. What do technicians look for during the recertification process? That the valve guards are in place and in proper working order and that the container hasn’t been subjected to physical damage, such as scraping, denting, and gouging. Dents in containers are allowed, but must be limited in size and must not exceed the sizes specified in the propane recertification charts. The tank’s fittings are also checked to make sure they are in proper working order and do not leak. Failure to recertify can result in a nasty surprise on your next outing as many propane stations will not refill “expired” tanks.

How much does it cost to recertify a 20 pound propane tank? The costs vary but typically you can expect to pay anywhere between $5 and $10.

After the initial recertification, DOT cylinders must be recertified every five years thereafter. The date of manufacture can usually be found stamped on the outside of the valve guard or found stamped on a metal plate attached to the cylinder. If you regularly swap-out your tanks at gas stations and other propane service centers, your tank is probably okay, though you should check it to make sure it’s still certified and safe to use. Valves and propane fittings do leak and sometimes fail to close even when closed all the way. We had this happen to us in our last camper and encountered another truck camper owner who had this happen to him at the last Truck Camper Adventure rally. This is one reason why we periodically pressure test our camper and check for leaks using a manometer. This is also why we check our camper’s propane leak detector monthly to make sure it’s in proper working order.

Two more things. First, make sure your propane cylinders are properly fastened in your camper’s propane compartment. According to regulation, the propane containers should be mounted in such a way that they will not become dislodged when a load equal to eight times the container’s filled weight is applied to the container’s center of gravity in any direction. Second, when transporting a cylinder to be refilled make sure that the OPD valve is closed, that the plug or dust cap is securely in place over the valve, and that the container is secured during transit to prevent the container from falling or rolling. When transporting, each container should be transported in the same horizontal or vertical position in which they are designed to be used. We like to use a Tanksetter when transporting our single propane cylinder to the local filling station.

Have you ever wondered what the 20, 30, and 40 pound cylinder ratings actually mean? It isn’t how much the tank weighs when filled, it’s actually how much propane weight the cylinder will hold when filled. So how much will a 20-pound propane cylinder actually weigh when filled? Easy. Simply add the tare weight (16.6 pounds) of the cylinder to the propane capacity (20 pounds), which for the cylinder pictured above yields a figure of 36.6 pounds. Here’s more. To determine how many gallons this cylinder will hold when filled to 80 percent capacity, simply multiply the water capacity (WC) figure by .10 (47.6 x .10 = 4.8 gallons). To determine how much this propane will weigh in the cylinder simply multiply the WC figure, 47.6 by .42 (20 pounds). 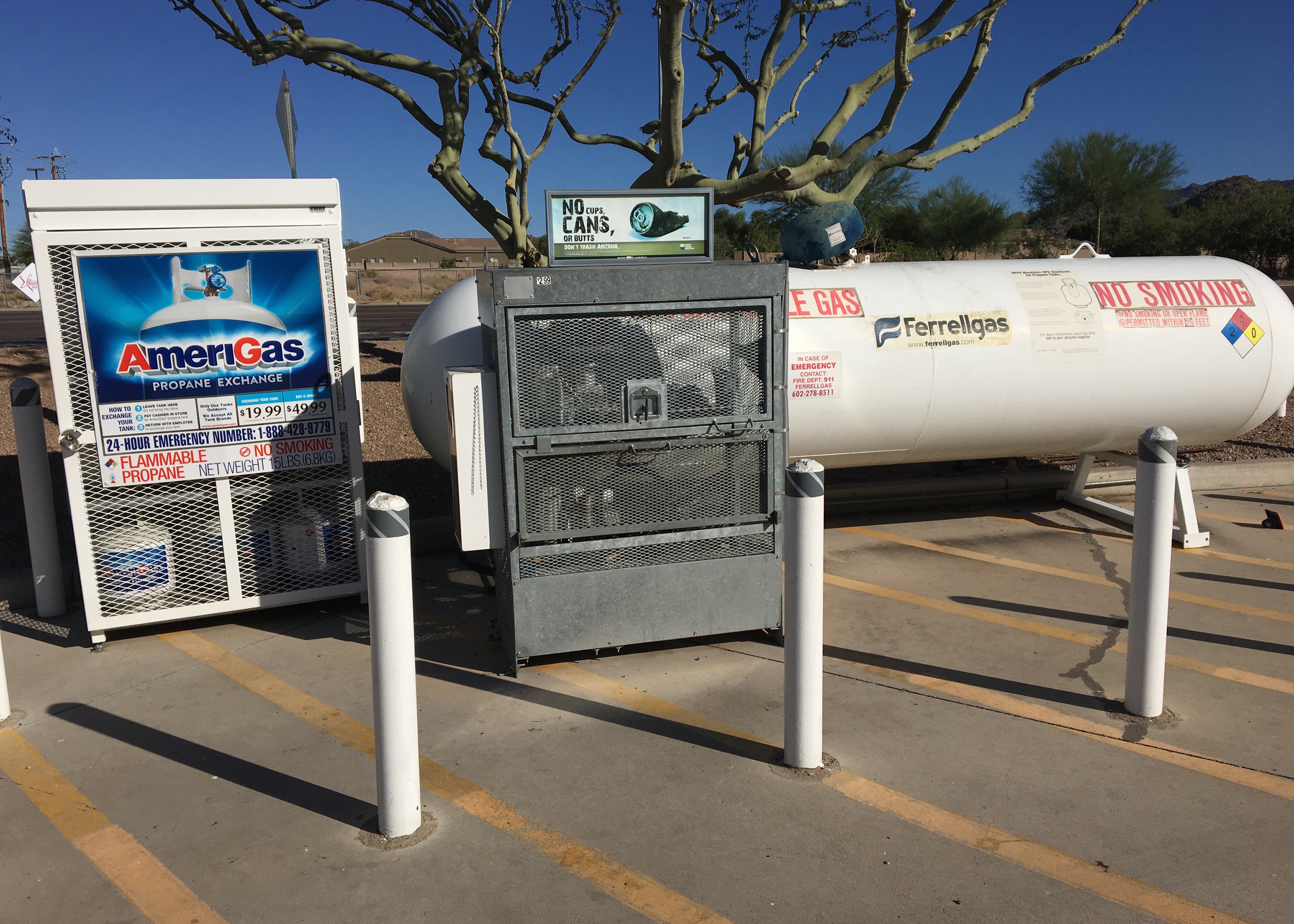