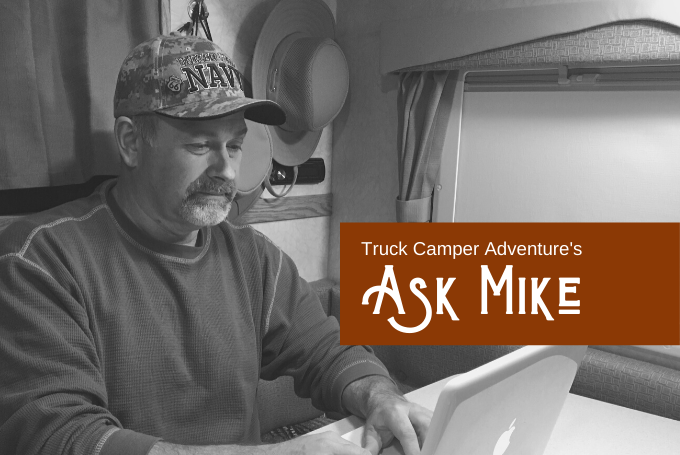 We recently received this email from reader Dean Herold of Dousman, Wisconsin about the “Truck Camper Loading Information” sticker that came with his truck…

Mike, I own a 1992 Airstream Excella that weighs around 7,000 pounds.  Last fall I bought a 2018 GMC Sierra Denali 2500HD, 4WD, Duramax 6.6L Turbo Diesel V8. It pulls my Airstream well. This summer I started looking into selling my Airstream and purchasing a truck camper. I have read several articles by you, Mike, and cherish your thoughts. According to GMC, my truck weighs 7,600 pounds empty and my total GVWR is 10,000 pounds so that leaves me 2,400 pounds for payload. However, there is a sticker in my glovebox that says I have a slide-in camper cargo weight rating of only 1,364 pounds. With these two figures, I’m not sure which number to believe and I’m not sure there is a truck camper with the options I want that would fall within these numbers. What are your thoughts and is there a percentage over these numbers for payload that would safely allow me to carry a TC on my truck? Thanks, Mike, for your input.

Thanks, Dean. This a great question because the “Truck Camper Loading Information” sticker in question does create a lot of confusion with truck owners (the same confusion applies to the Ford and Ram Truck Camper Certification Form found in the glovebox). Based upon the photos of the payload stickers you sent us from your 2018 GMC Sierra 2500HD, the actual payload rating of your truck is 2,114 pounds. This is less than what GMC told you and quite a bit more than the 1,364-pound number listed on your Truck Camper Loading Information sticker. Which number is right? Both, but I’d go by the official payload sticker because it’s easier and what everyone really goes by whether you’re hauling bricks, firewood, gravel, or a camper. How was your truck’s official 2,114-pound payload rating determined? It’s pretty easy. All GM needed to do was subtract the actual weight of your truck, which is 7,886 pounds, from your truck’s 10,000-pound GVWR. As the payload sticker indicates, the combined weight of all occupants and cargo should never exceed that number. 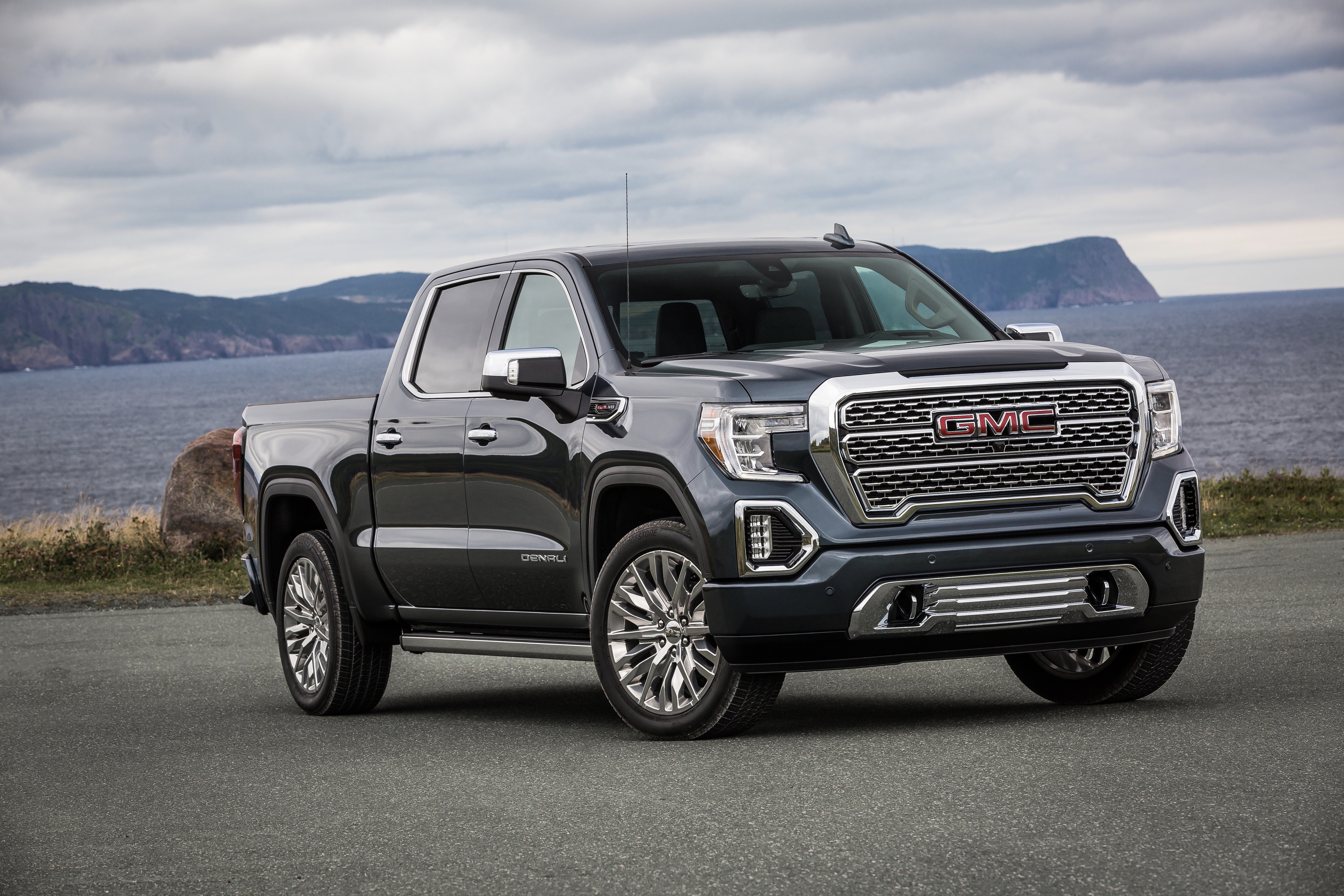 So how is the cargo weight rating found on Truck Camper Loading Information sticker determined? Why do manufacturers even include it with all of the confusion it creates? Probably to discourage buyers from overloading the truck. The cargo weight rating is determined by subtracting the weight of the truck’s occupants from the payload rating of your truck. The formula uses the 150-pound rule for each occupant. Since crew cab trucks can theoretically hold up to five occupants for a total of 750 pounds, that number is subtracted from your truck’s 2,114-pound payload rating to determine your truck’s cargo weight rating (2,114 – 750 = 1,364 pounds). The bottom line here is that you still need to be below the 10,000-pound GVWR and 2,114-pound payload rating of your truck (which includes everything including cargo, the camper, and all occupants). As you can see, the Truck Camper Loading Information sticker creates unnecessary complexity and confusion to an important matter because not everyone travels with five passengers or weighs 150 pounds. It easier to just go by the GVWR/payload rating when calculating your truck’s load.

So is there a good hard-sided truck camper that weighs less than 2,114 pounds fully loaded? The Lance 650 and Capri Retreat come close with their published dry weights of 1,700 pounds, but, you’d have to load them pretty lightly to stay below the payload rating of your 3/4-ton truck (most hard-side campers weigh a good 800 to 1,000 pounds more fully loaded). You’d be better off getting the Capri Cowboy or a good pop-up camper, which will open up a wide range of possibilities for you. If a small hard-side or pop-up doesn’t appeal to you and you want something bigger, then you’ll need to upgrade to a one-ton truck with the options that you have. Why? Because even with a diesel engine and a 4WD, you’ll still be able to net a 4,000-pound payload, which is what you want. Unfortunately, when you ordered those two options with your GMC Sierra 2500HD they significantly reduced the payload rating of your truck. By how much? By a whopping 1,000 pounds (diesel engines typically weigh 600 pounds more than their gas counterparts while the 4×4 drivetrain adds another 400 pounds to the total weight of the truck).

As for your last question about going over the payload rating by a certain percentage, I wouldn’t do it. I always recommend getting a “bigger” truck when more payload is needed. Can you go over your payload rating? Sure you can! A good percentage of truck camper owners do, sometimes a little, sometimes a lot, but personally, I wouldn’t do it. Payload ratings have been established for safety because if you exceed it, components will eventually wear out and break. These components include things like the truck’s frame, the axles, the leaf springs, the brakes, and the wheels and tires. Not only that, but exceeding the GVWR and payload rating of your truck is neither safe for your passengers nor for others who are sharing the road with you. And if you happen to get in an accident while overloaded and harm others, the insurance companies will have a field day with you. Additional information and advice on this very important topic can be found in our article, How to Raise Your Truck’s Payload.

Chevrolet announced today that it will reveal its all-new Silverado Class 4 and 5 chassis cab trucks at The Work Truck Show 2018, scheduled to take place March 6-9 at the Indianapolis Convention Center. The [read more]

Chevrolet just announced that its 2024 Silverado 2500 and 3500 HD models will feature a number of powertrain, interior, and towing upgrades. Trucks impacted by the 2024 upgrades include the 2500HD and 3500HD models in [read more]

For years Lance Camper’s top selling truck camper was the Lance 1172, but not any more. The Lance 650 is now the company’s best seller with the most units sold in 2021. The Lance 650 [read more]